Surfer Returns to the Ocean after Near Total Nasal Reconstruction 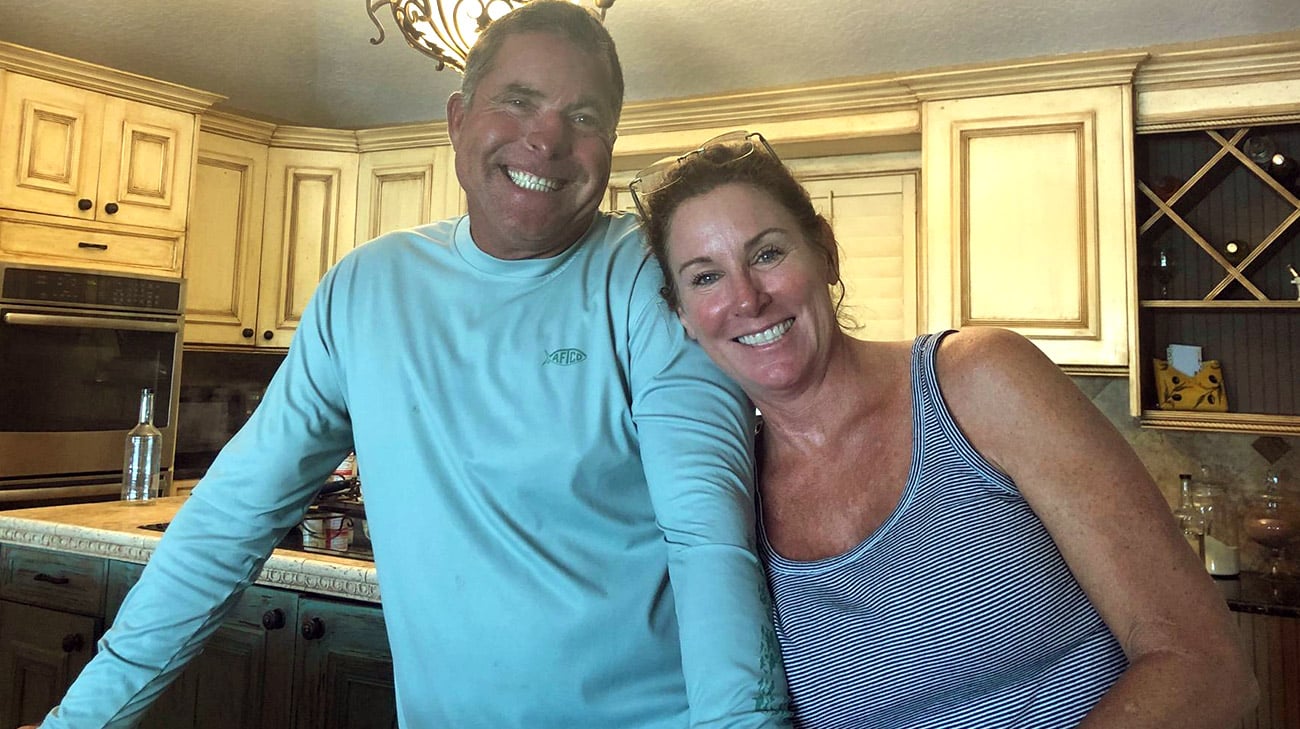 Jerry Thomas has spent much of his life on the ocean fishing and surfing in the hot Florida sun. Years ago, he noticed a black spot on his nose. He went to a local dermatologist who wasn’t overly concerned. She suggested he use a bleaching cream.

For about two years, Jerry used the cream, drying out the spot and peeling it off, but it kept coming back. A couple of different physicians, including a friend who is a plastic surgeon, excised or surgically removed the spot, sending samples out to test for cancer. The results were always negative, but the spot always returned.

In February 2007, the spot was excised again, but this time, the area remained painful. Several months later, Jerry felt a nodule inside of his nose. A local oncologist said it was a tumor, so Jerry had nasal and partial cheek surgery to remove the lump and some lymph nodes. 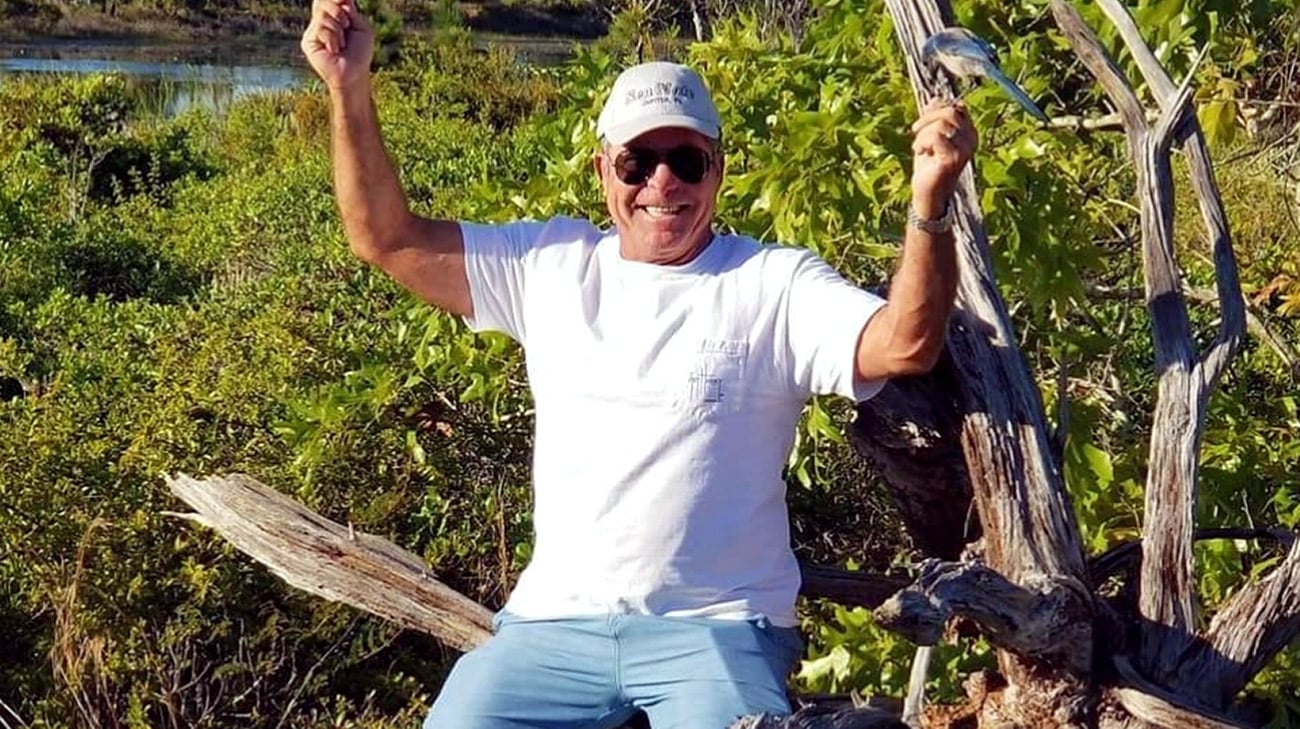 Jerry has fed the Scrubjays at Jonathan Dickenson State Park in Florida for years. They come flying when they see him. (Courtesy: Jerry Thomas)

When he returned to have the stitches removed, a visiting dermatologist who had trained at Cleveland Clinic happened to be in the office. She diagnosed Jerry with desmoplastic melanoma, a rare form of invasive cancer that arises from pigment cells typically found on chronically sun-damaged skin.

“She was the first one to get it right. It was not a tumor, but instead spindle cells that continue to grow. Even when removed, a little bit remains and spreads like a worm,” says Jerry. “At that point, my plastic surgeon friend said he could not help me anymore.”

Jerry did online research and made some calls to a few different major medical centers. One informed Jerry his best option would be a prosthetic nose – something the still avid surfer was not willing to consider.

He called Cleveland Clinic, and was connected with Michael Fritz, MD, Section Head of Facial Plastic and Microvascular Surgery in the Head & Neck Institute. Dr. Fritz was confident he could perform a near total nasal and septal reconstruction following successful removal of the melanoma.

“Jerry had undergone a good amount of surgery with and had a badly scarred nose already, and he still had cancer,” says Dr. Fritz. “We needed to remove the cancer, then reconstruct a new nose to give him his life back.”

In 2011, Jerry had his first surgery at Cleveland Clinic. “Dr. Fritz jokingly referred to Dr. Scharpf as the demo guy. He removed what was left of my nose, along with surrounding tissue,” says Jerry.

Seven days after that surgery, test results showed clear margins — meaning no cancer cells were found along the outer edges of the tissue that was removed. However, clearing this cancer came at a high cost. His entire upper and middle nose and septum had been removed, and all that was left of the lower nose was the columella (the vertical strip of skin between the nostrils) and a small amount of the lower nostril lining.

Jerry then underwent a complex reconstructive surgery that took nearly 12 hours. To surgically reconstruct Jerry’s nose, Dr. Fritz used skin from Jerry’s forehead, bone from his rib, cartilage from his ear, and skin graft, tissue and blood vessels from his thigh. 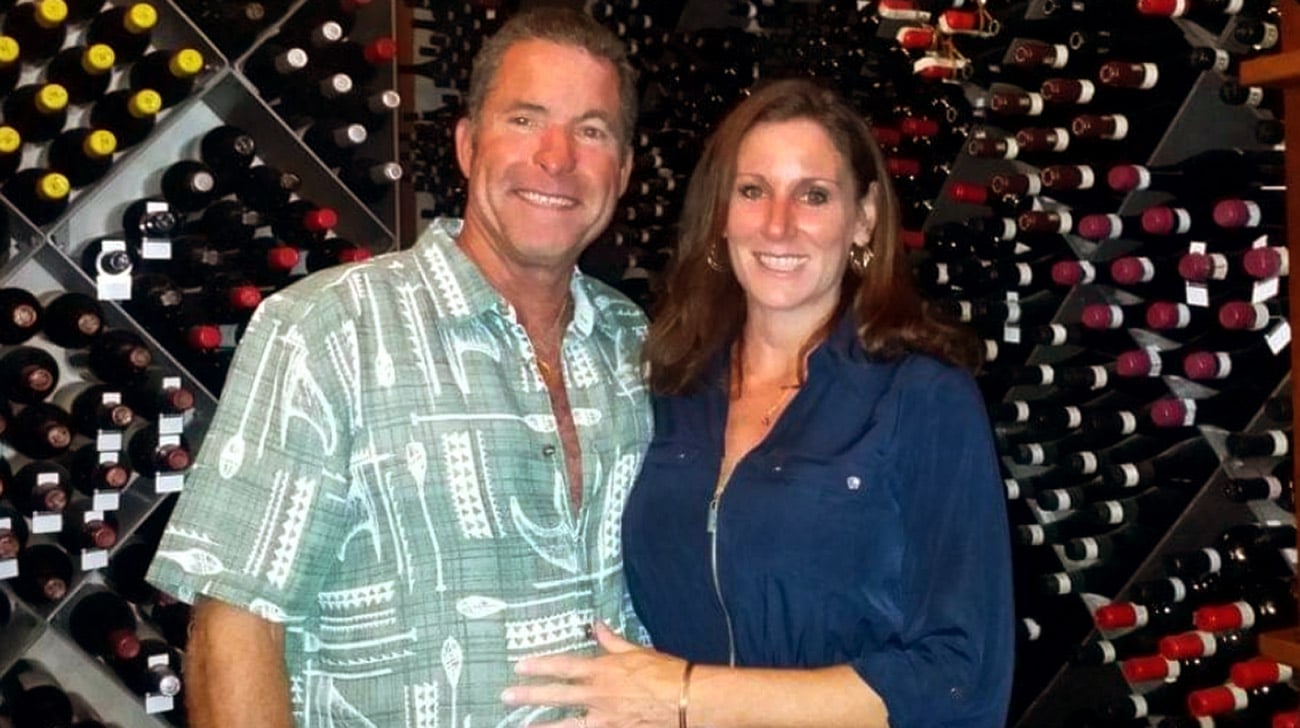 “Jerry was missing the entire structure of his nose. We wanted his new nose to be fully functional — a nose he could breathe through — so I needed a lot of thin tissue to work with,” says Dr. Fritz. “I built the new structure for his nose using bone and cartilage taken from his rib and ear, wrapping those with tissue called fascia lata. This tissue is harvested from the thigh like a transplant and has an excellent blood supply after we hook it into vessels in the face using hidden incisions. This tissue separates the new structure we create from the inside of the nose, and because it is thin, it still allows for room to breathe. We then used a flap of skin from his forehead to provide a new surface for the nose.”

“This method of using fascia lata for nasal lining in situations where most of the nose and septum is absent was pioneered here at Cleveland Clinic,” adds Dr. Fritz. “It allows us to create a new nose that looks and functions better than those using other techniques, and to do it faster.” 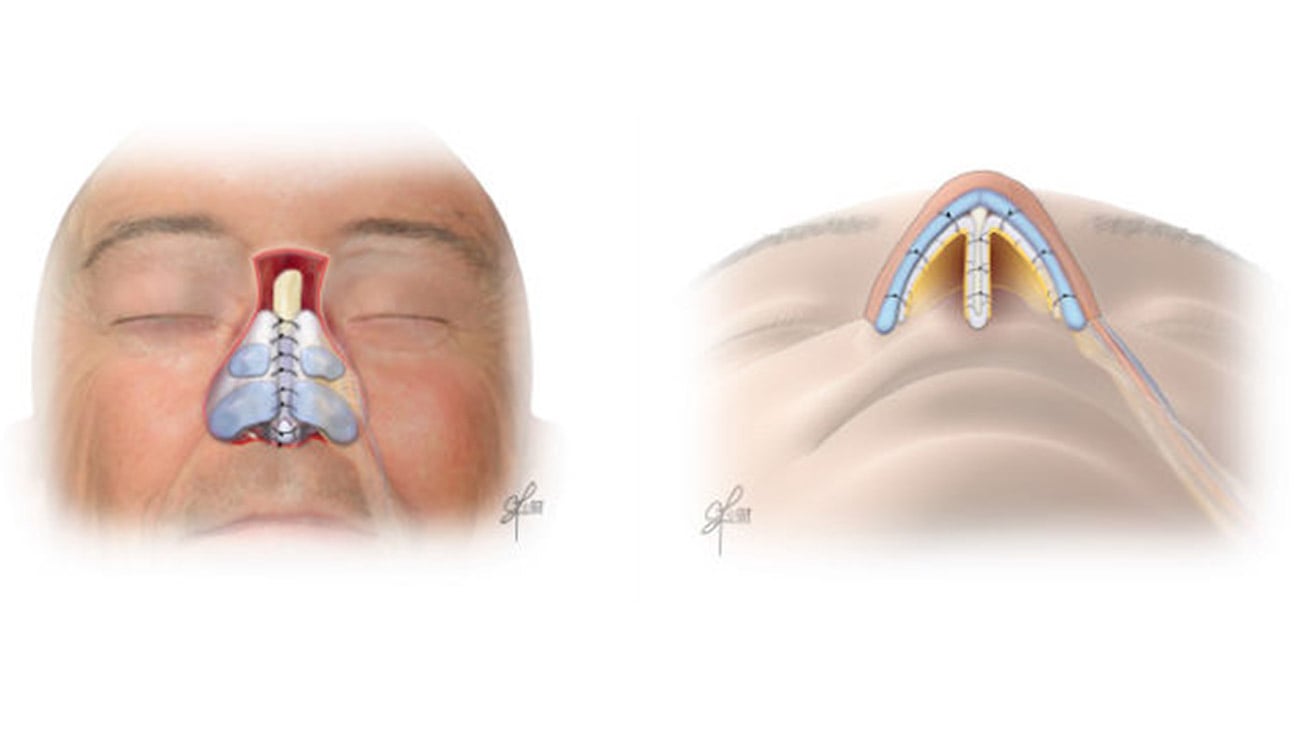 Cleveland Clinic doctors built the new structure for Jerry's nose using bone and cartilage taken from his rib and ear, wrapping those with tissue called fascia lata. They then used a flap of skin from his forehead to provide a new surface for the nose. (Courtesy: Cleveland Clinic)

Jerry had a lot of healing to do, so he went home, but returned to Cleveland a couple of times for follow-up visits.

A year or so later, Jerry had a gallbladder attack that led to a second cancer diagnosis — this time stage 4 metastatic melanoma. Jerry called Dr. Fritz who provided some recommendations for treatment, helping Jerry obtain care locally in Florida.

Today, Jerry sees an oncologist locally, but remains cancer-free. His nose has normal appearance and function.

“The last time I talked to Jerry, he was out lobster fishing off the Bahamas,” says Dr. Fritz. “That’s our ultimate goal — to improve the quality of life for our patients, doing whatever we can to get them back to doing what they want to do, living life on their terms.”