At just over seven pounds, Kaylee Morley was an average-sized baby in terms of birth weight. Except five of the seven pounds were all from her head, which measured 18 inches in circumference.

“Her head was like a watermelon on a toothpick,” says her mom, Deborah Spreitzer, of her now-5-year-old daughter. “She couldn't hold her head up if she tried. And if you held her, your arm would go numb in about 30 seconds. It was very bad.”

Neurosurgeon Violette Recinos, MD, offered a similar analogy: “Kaylee’s head was like a big water balloon.” Dr. Recinos collaborated with plastic surgeon Bahar Bassiri Gharb, MD, PhD, to perform cranial reconstruction surgery which ultimately resulted in a normal-sized head for Kaylee. “When Kaylee was born, she had a thin brain because the fluid built up and expanded the ventricles so much that her brain wasn’t able to grow and develop.” 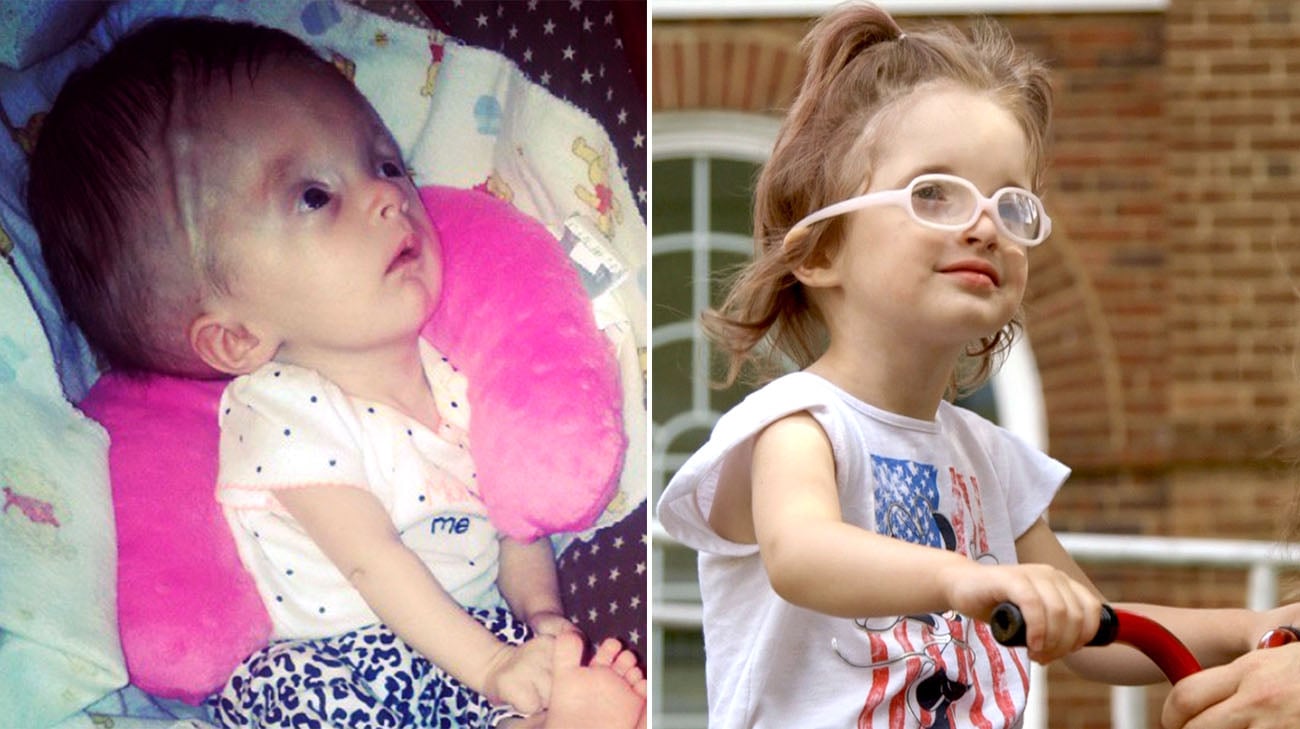 Kaylee was born in February 2015 with a severe case of obstructive hydrocephalus, a condition in which excessive accumulation of cerebrospinal fluid (CSF) builds up in the brain. Normally, CSF – a clear fluid found in the brain and spinal cord – drains to other areas of the body where it can be absorbed as part of the circulatory process. However, for Kaylee, the brain’s ventricles dilated and clogged, causing the fluid to rapidly build in size – and pressure – within her fragile, still-developing brain.

Soon after birth, a Cleveland Clinic Children's surgical team inserted a shunt into Kaylee’s head, which effectively drained the massive amounts of CSF. However, because her skull had grown to accommodate the fluid, her head now had too much bone, which began to overlap without the fluid present to hold it up. She also still had too little brain matter. While Kaylee’s head was now smaller, and her brain was growing at last, her skull remained abnormally shaped and too heavy for her neck to ever control.

Cranial reconstruction was not in the surgeons’ original plan for Kaylee, but it quickly emerged as the only option for her to lead a relatively normal life. According to Dr. Recinos, cranial reconstructions are fairly common for another condition, craniosynostosis, in which the skull is too small because the bones have fused together too soon.

“In those cases, we make the skull larger,” she explains. “It’s exactly the opposite of what we did for Kaylee.” 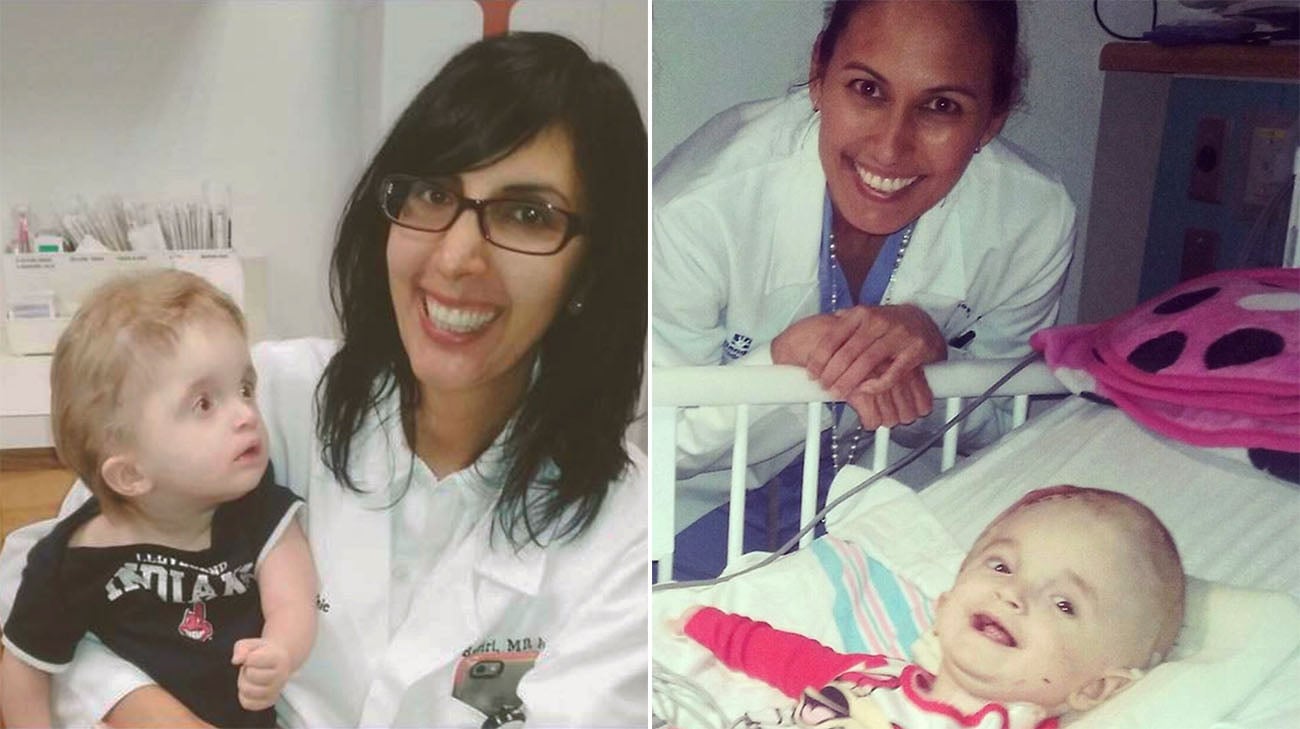 Kaylee’s condition was so unusual Dr. Bassiri says she has only treated one other patient with this condition in her five years at Cleveland Clinic, where she is co-director of the Cleft Lip Palate and Craniofacial Anomalies Clinic in the plastic surgery department.

“The main problem when a baby has such a big head is lack of head control. The head is so heavy that the baby cannot even sit,” observes Dr. Bassiri. “That means the child cannot function. And everything, developmentally, gets delayed.”

That was, perhaps, the most heartbreaking aspect of Kaylee’s condition for Darlene, who is also mom to Ella, 12, and Dylan and Braydon, 8-year-old twins. “I know all the little milestones that your baby is supposed to hit. And she’s not hitting any of them. It was very, very sad.”

That began to change on Kaylee’s first birthday, on February 26, 2016. Drs. Recinos and Bassiri led a large, multi-functional team of surgeons, specialists and nurses, embarking on an 8-hour mission, to take Kaylee’s head apart and put it all back together again.

Dr. Bassiri formed an incision to expose the skull, peeling back the layers of skin by creating two large flaps on either side of the incision. Because Kaylee’s forehead was relatively normal-sized, and her shunt was located in that area, the surgeons decided to leave it untouched. They would focus on the top and rear sections of the skull.

With the bones exposed, Dr. Bassiri marked the skull with a bone pencil to decide exactly how and which of the bones were to be removed. Then, she stepped aside as Dr. Recinos and team meticulously removed each bone, one by one. Once the bones were removed, Dr. Bassiri returned to begin the task of separating the bones.

Much like building a puzzle, the surgeons would twist and turn each bone, molding its shape using specialized instruments, so they would fit back into Kaylee's “new” head with aesthetic and functional precision.

Surgeons molded each part of the skull and fit it back together to give Kaylee's head a new shape. (Courtesy: Cleveland Clinic)

“Even though it’s head surgery, it’s not really “brain” surgery,” notes Dr. Recinos. “But taking off various pieces of bone takes a very long time, because you must be mindful of other parts of her anatomy, much of which had shifted (since birth).”

Finally, eight hours after they began, the surgeons closed the incision and Kaylee had a well-rounded, normally-sized head. After four days, she went home, and Darlene could already see a difference. “She was smiling and lifting her head up and had a look on her face like, ‘Wow, I can move my head’,” Dr. Recinos recalls her saying. “Literally, a great weight had been removed from her.” 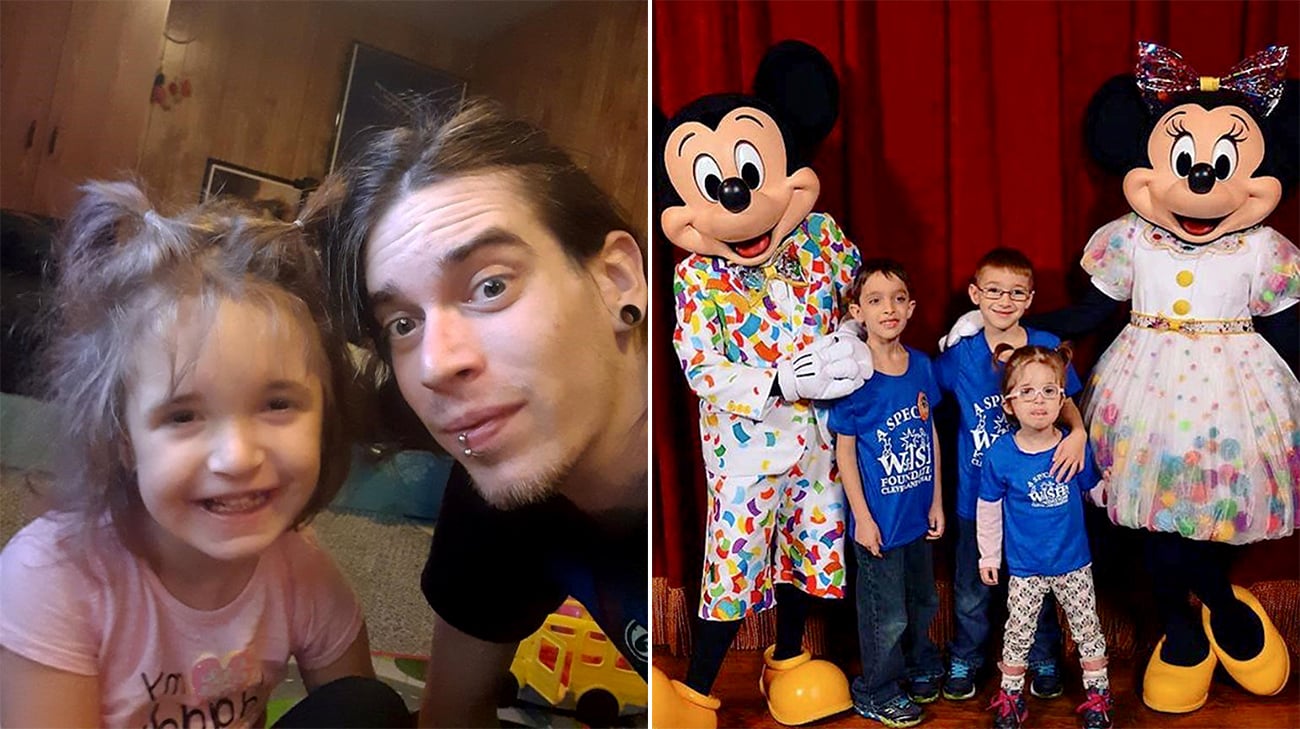 In the following years, with help from a mini-army of Cleveland Clinic Children's physical, occupational and speech therapists, Kaylee has been working to catch up on those developmental milestones she missed out on in year one. She can walk unaided, sit up by herself, ride a tricycle and joins in with her sister and brothers as they play around the house.

“We’ve watched her grow from this tiny, fragile, helpless little baby to this crazy 4-year-old running around with her brothers and sister,” Darlene marvels. “I never imagined in a million years that this type of surgery was even possible. The surgeons, the whole team, they’re part of our family now. They’re just the best.”