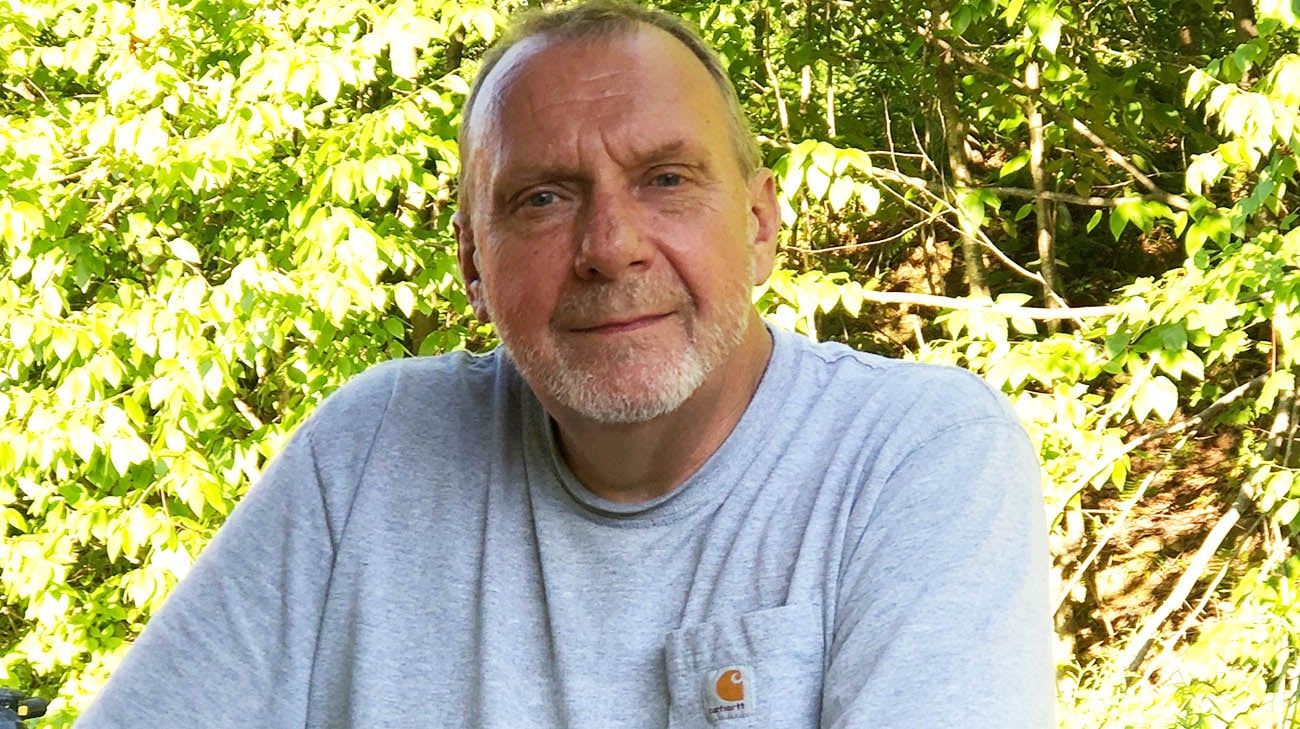 More than a decade after radiation therapy helped cure Keith Medovich’s lung cancer, it was slowly and frustratingly edging him closer to death.

Keith, now age 60, is one of a rare group of patients who suffer long-term side effects from high-dose chemotherapy and radiation treatments. Unfortunately, while rid of cancer, Keith began having trouble breathing in 2015. Portions of his trachea and bronchus were becoming severely constricted due to scarring and other aftereffects from his 2003 radiation treatment. This condition – called tracheal stenosis – can narrow the windpipe so significantly the patient can barely function. 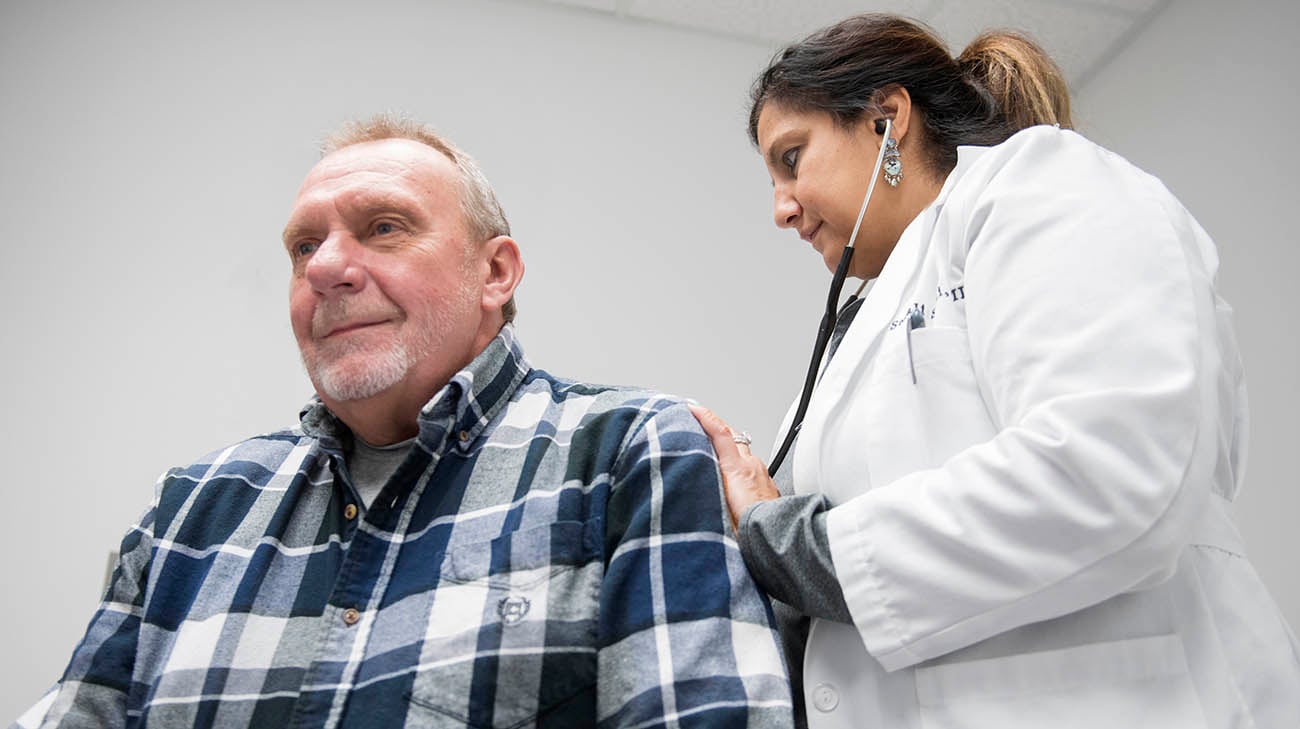 Keith with Dr. Sethi, prior to undergoing a bronchoscopy, where his lungs and air passages were examined. (Courtesy: Cleveland Clinic)

“After a while, I couldn’t do anything from the shortness of breath,” recalls Keith. “I couldn’t work. I couldn’t walk 100 feet to the mailbox. I couldn’t even lay down to sleep. I had to sleep sitting up in a chair. I told the doctor, ‘I just want to be able to mow my grass again’.”

Today, Keith can mow the grass outside his Warren, Ohio, home and has even gone back to long-haul truck driving. “He got his life back,” says his wife Brigitte, who just celebrated 25 years of marriage to Keith. “It was a real game changer.” 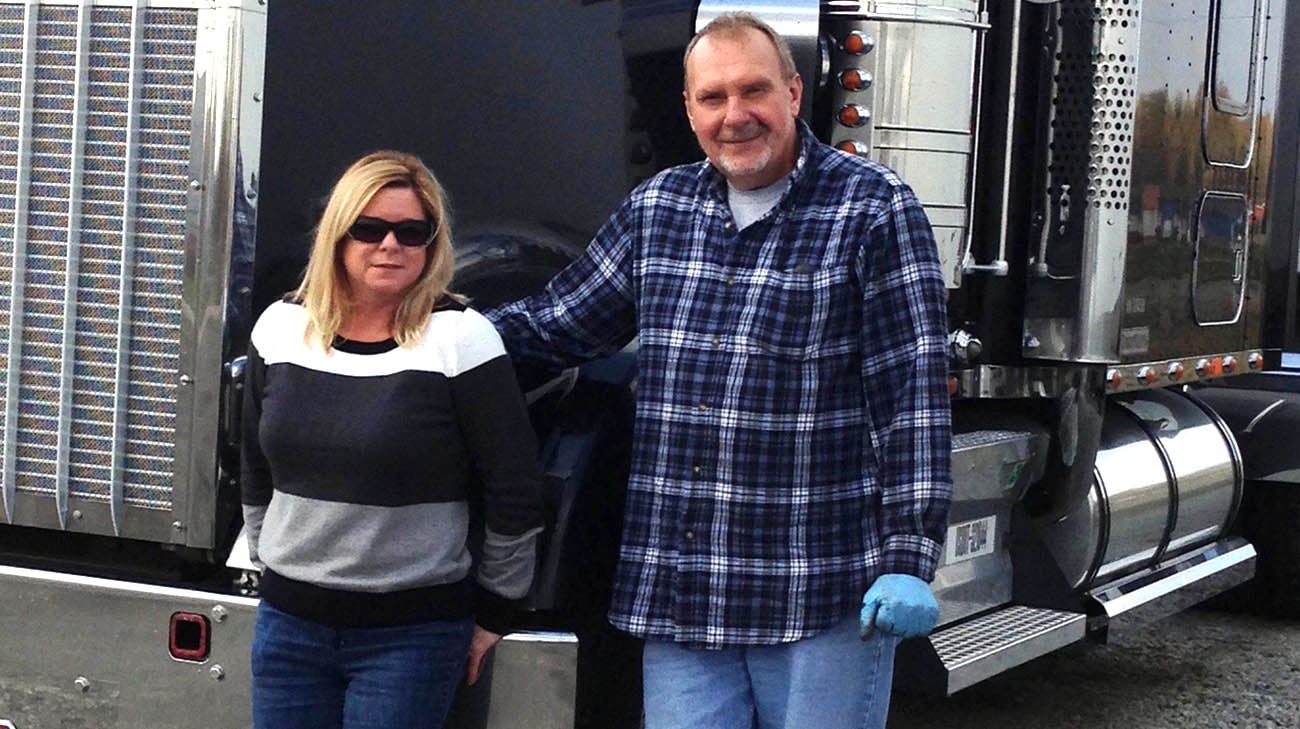 Keith with his wife of 25 years, Brigitte, in front of one of the trucks Keith drives for work. (Courtesy: Brigitte Medovich)

The impetus to Keith’s comeback is a first-of-its-kind, patient-specific, Y-shaped stent made from a 3D-printed mold, created and developed by Cleveland Clinic interventional pulmonologist Thomas Gildea, MD. Using a CT scan of Keith’s chest and throat, and 3D visualization software, the stent – made of medical-grade silicone – was created to perfectly fit into his airways.

According to Keith’s longtime interventional pulmonologist, Sonali Sethi, MD, most patients who need a narrowed airway to be opened wider can benefit from standard, off-the-shelf stents, which typically come in just a few shapes and sizes. However, Keith could not.

3D-printed airway stents are used to help keep open the airways of patients with serious breathing disorders, such as those caused by tumors, inflammation, trauma or other masses. (Courtesy: Cleveland Clinic)

“His airway was completely distorted, twisted and narrowed,” explains Dr. Sethi, who over the years performed 30 stenting procedures on Keith, some just two weeks apart. “It no longer looked like a person’s normal airway, and the opening was as small as a pin prick. A standard stent would only work for a short time.”

Twice, with Brigitte rushing Keith on the 50-mile trip to Cleveland Clinic, he nearly died. During the second near-death incident, Keith was admitted to the intensive care unit with acute respiratory failure. Mucus was plugging his airway. An emergency bronchoscopy cleared the airway and saved his life.

The team knew Keith’s treatment options were exhausted. So, Drs. Sethi and Gildea appealed to the Food and Drug Administration. The patient-specific stent was not yet FDA approved. They asked if one could be developed for Keith under the agency’s “compassionate use” provision. 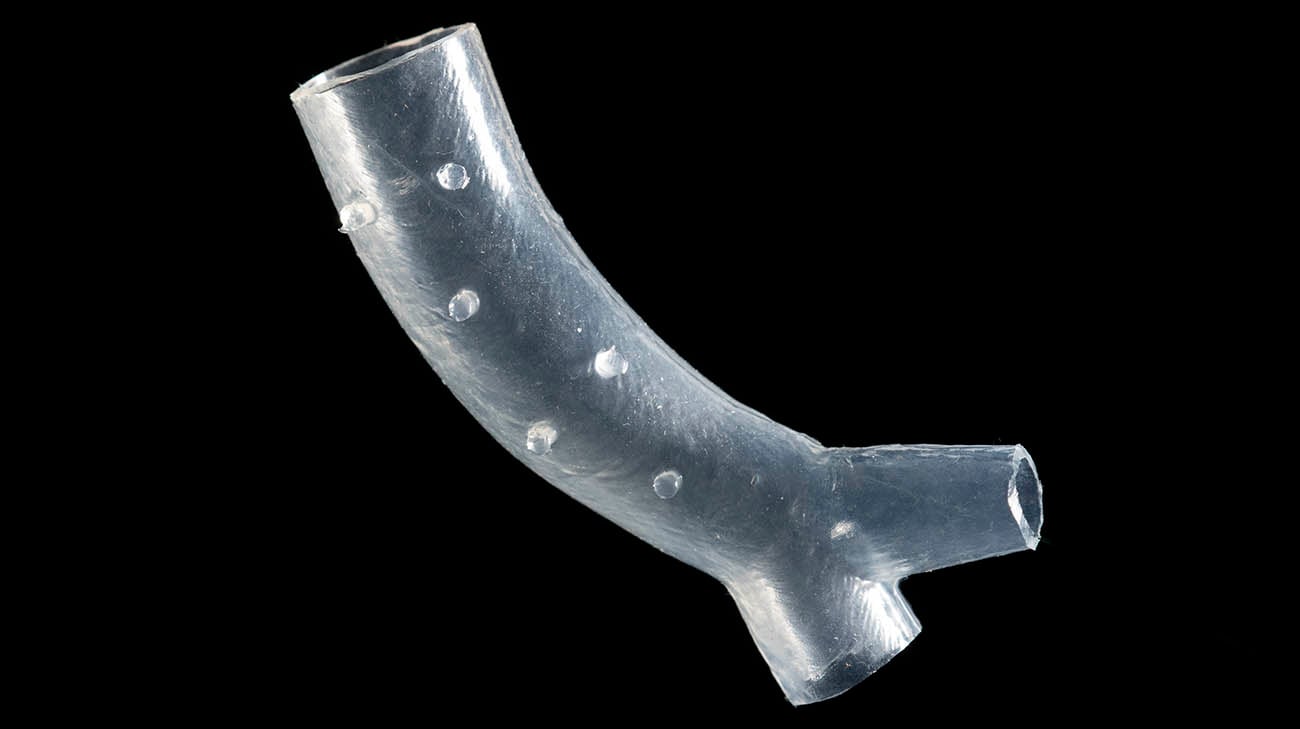 The request was granted, and about one week later, a customized stent was ready.

“For Keith, we went through every type of treatment procedure we could think of and nothing worked,” says Dr. Gildea, who has pioneered several interventional pulmonary medicine techniques, including electromagnetic navigation bronchoscopy. “He became the third patient we’d ever treated with the patient-specific stent, but the first with a problem in the trachea.”

“We had one shot at getting this right,” Dr. Sethi recalls, “and I didn’t know if it would deploy perfectly because his airway was in such bad shape.” 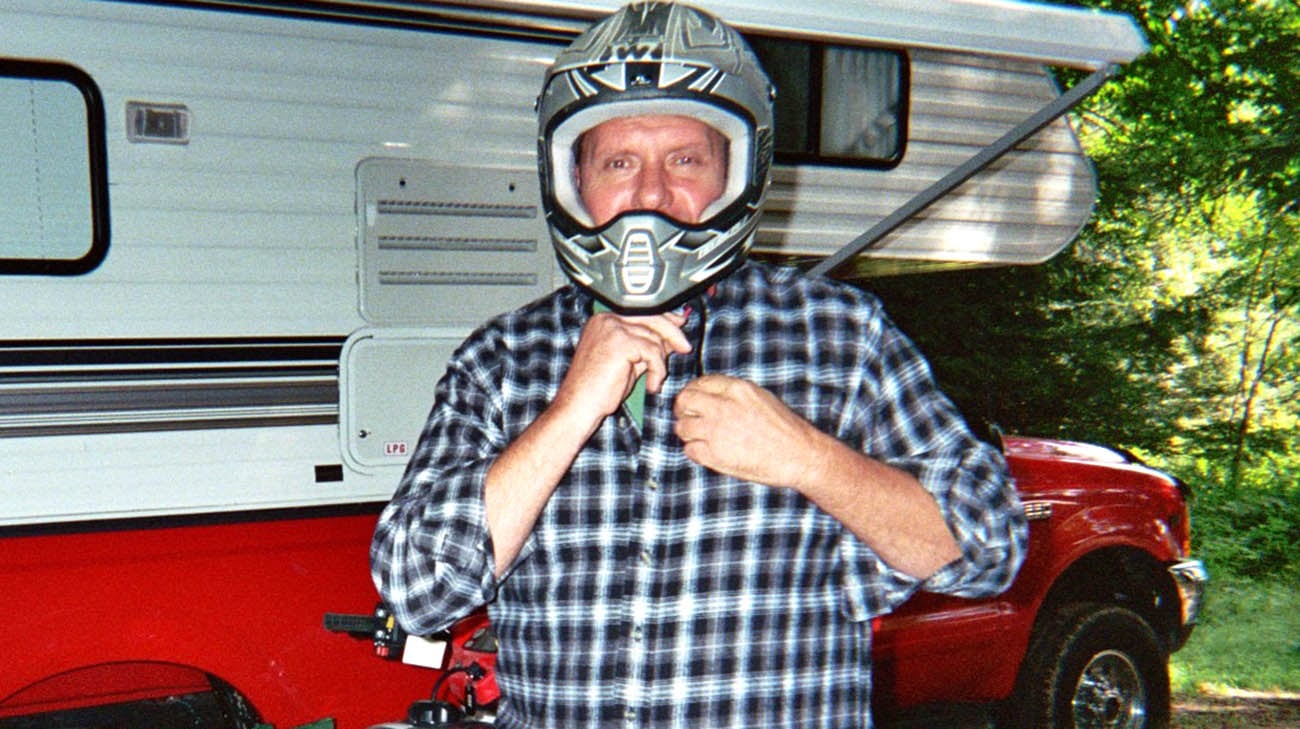 Since Keith has had improved breathing (as a result of the customized stent), he's able to enjoy his favorite pastime, riding his ATV in the Allegheny Mountains. (Courtesy: Brigitte Medovich)

In the bronchoscopy suite, and with Dr. Gildea by her side, Dr. Sethi used a device called a rigid bronchoscope to remove Keith’s current stent. Then, the new patient-specific stent was loaded into the instrument and deployed. Doctors used forceps to further guide the object before it easily snapped into place. “I was relieved. I think it was the easiest (procedure) we ever performed on Keith,” she adds.

Immediately upon awaking, Keith felt like a new man. “I could breathe again. The difference was like night and day.” Now, he only requires maintenance or scheduled replacements of the stent every six to 12 months.

Since the time of Keith’s procedure, in 2018, the FDA has approved the patient-specific stent.

Dr. Gildea, who has been working on the concept since 2014, is eager to see the positive effects the devices can have on the 30,000 or so patients requiring airway stents each year in the United States. “Shortness of breath is quite insidious, and over time it can get progressively worse. As Keith showed, a patient can go from feeling totally incapacitated to feeling completely normal with the right stent.”