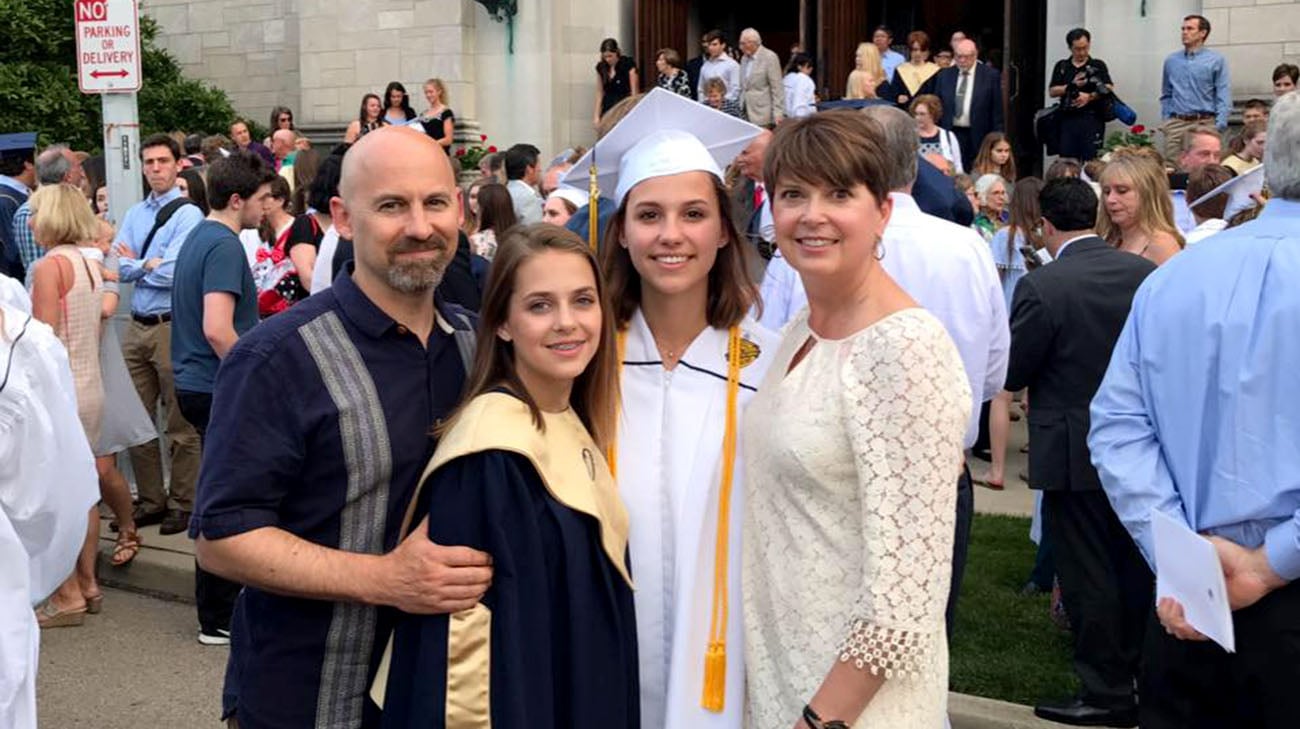 To Sara Whitlock, her medical diagnosis in 2010 was both shocking and grim: stage 4 lung cancer. Only 47 years old at the time, Sara recalls, “I didn’t think I’d live to see 48 or to see my oldest graduate from sixth grade.”

Nine years later, her daughter, Katie, is now a student at Washington University in St. Louis. Her younger daughter, Elena, will graduate from high school in May 2020. Sara, now age 56, has been there for every milestone she once thought she would miss.

Not bad for a cancer patient initially given a 3 percent chance of surviving five years. Sara with her daughters, Katie and Elena. (Courtesy: Sara Whitlock)

“Sara has had a pretty remarkable result, initially from conventional treatment of chemotherapy and radiation,” says Nathan Pennell, MD, PhD, director of lung cancer medical oncology at Cleveland Clinic Cancer Center. “When she was diagnosed, the investigational drug she is using now hadn’t yet been developed.”

That drug -- selpercatinib (LOXO-292) – has been tested through a clinical trial at Cleveland Clinic and other institutions for more than three years. Its initial findings were published in early 2019. Sara joined the trial in 2017, and currently shows no signs of cancer in her body.

“I think I’ve been really, really lucky. I’ve responded well, at least initially, to every treatment I’ve had – including LOXO-292,” notes Sara, who works as a nurse practitioner. “I’m very well aware that lung cancer might, at some point, kill me. But it’s not killing me today.” 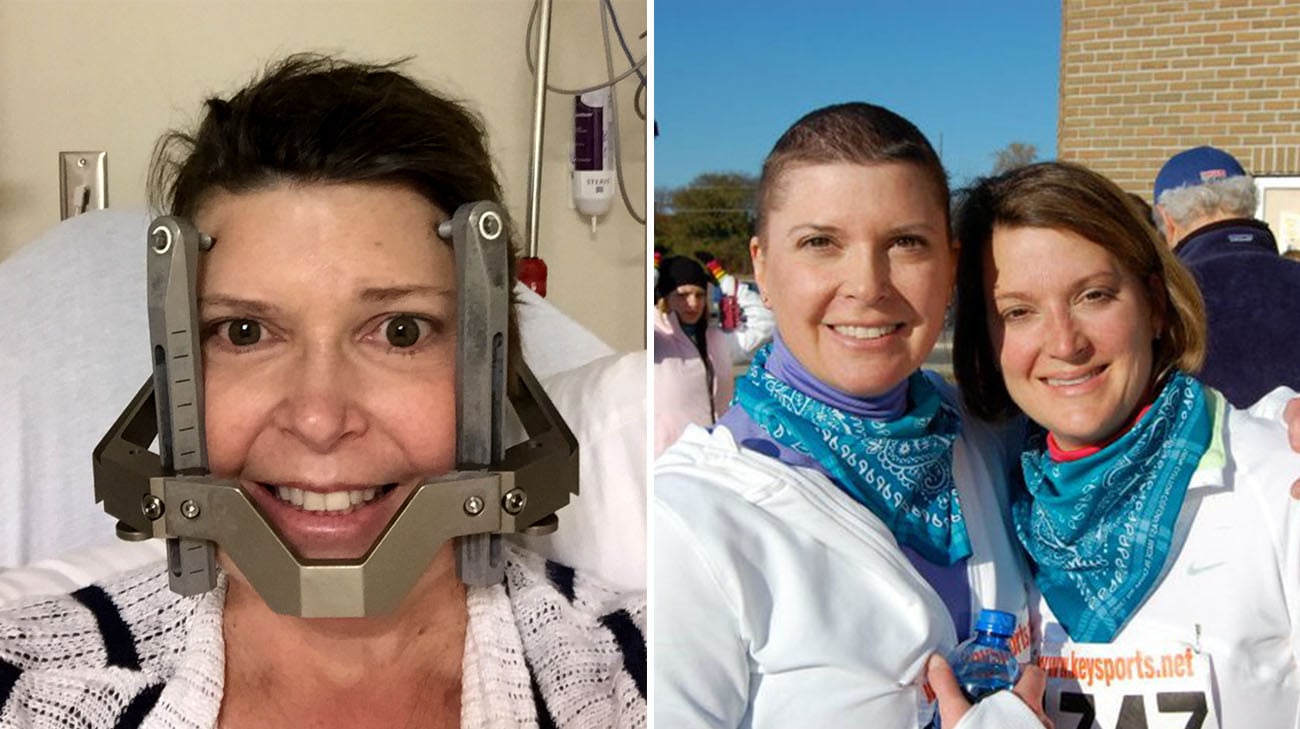 Sara has been through countless cancer treatments over nine years. (Courtesy: Sara Whitlock)

According to Dr. Pennell, Sara has non-small cell lung cancer (NSCLC), which is one of the most common forms of the disease. However, her specific type only occurs in about 2 percent of lung cancer patients. It is caused by a particular type of genetic mutation called RET fusion-positive NSCLC. That mutation often causes the cancer to grow rapidly and even spread to other areas of the body.

Therefore, despite the relative success of her treatments over the years, Sara has experienced cancerous tumors in her lungs, brain, abdomen and bowel since her initial diagnosis.

“Many patients in the trial have had dramatic responses and live substantially longer than, historically, people with lung cancer have typically lived,” Dr. Pennell continues. “And the side effects have been very mild overall.”

The lack of serious side effects has been a blessing for Sara. For the first several years of treatment, from 2010 to about 2015, the chemotherapy, radiation and several maintenance drugs caused troublesome physical reactions.

“I would stay on a drug as long as I could tolerate it, and then go off of it when it became too toxic,” explains Sara, who says hair loss, nausea and chemotherapy-induced fatigue were among the common side effects. “But every time, within a year or so, I would have a recurrence of the cancer.” 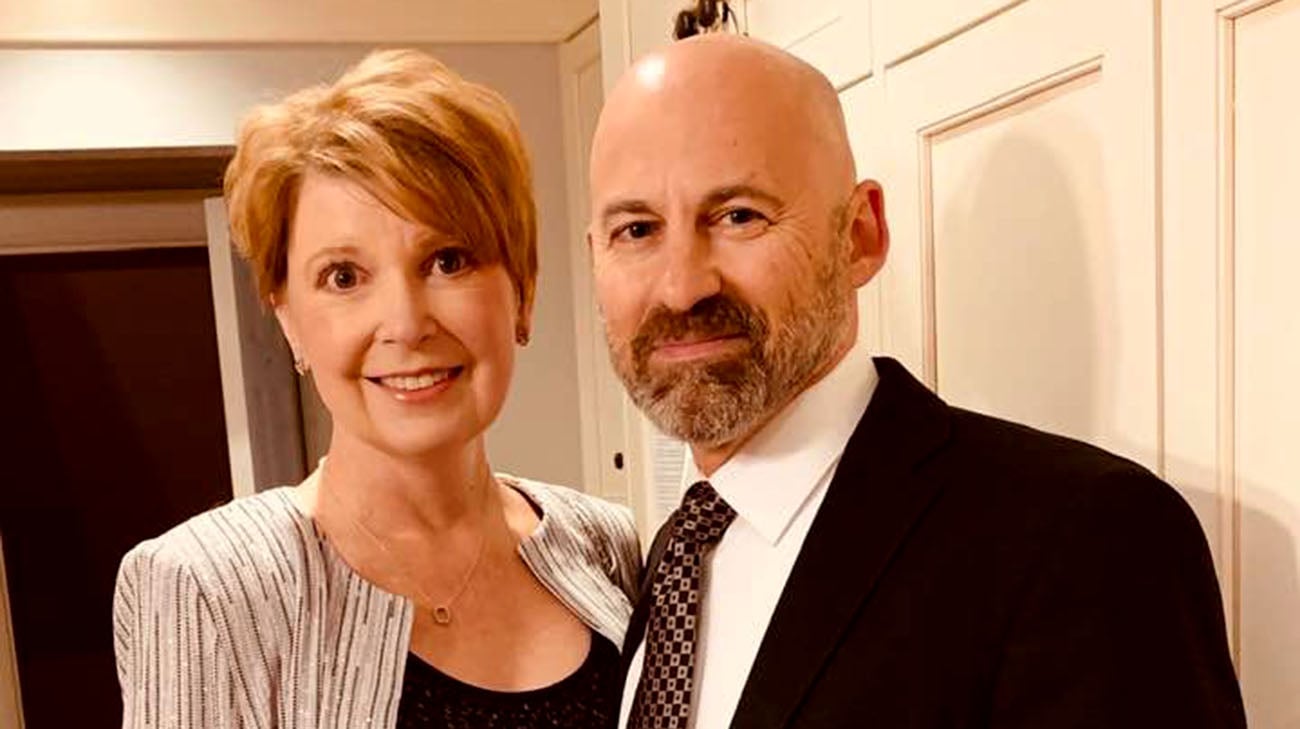 Most recently, in 2017, the cancer attacked her bowel. She was even scheduled for surgery to remove a majority of her intestine. At the suggestion of her Dayton-based oncologist, however, she decided to contact Dr. Pennell to see if other options were available.

That’s when she learned she was eligible for the clinical trial. Taken orally by pill, LOXO-292 is easy to administer and has not displayed the side effects Sara experienced previously. She journeys to Cleveland Clinic, which takes about seven hours roundtrip, every month to replenish her supply of the drug and for examinations from Dr. Pennell.

“I feel good,” she exudes, “and I’m able to do almost everything I want to do. I’m not hiking mountains and running 5Ks, but I’m hanging out with my family and sending my kids off to college. Life is good!” 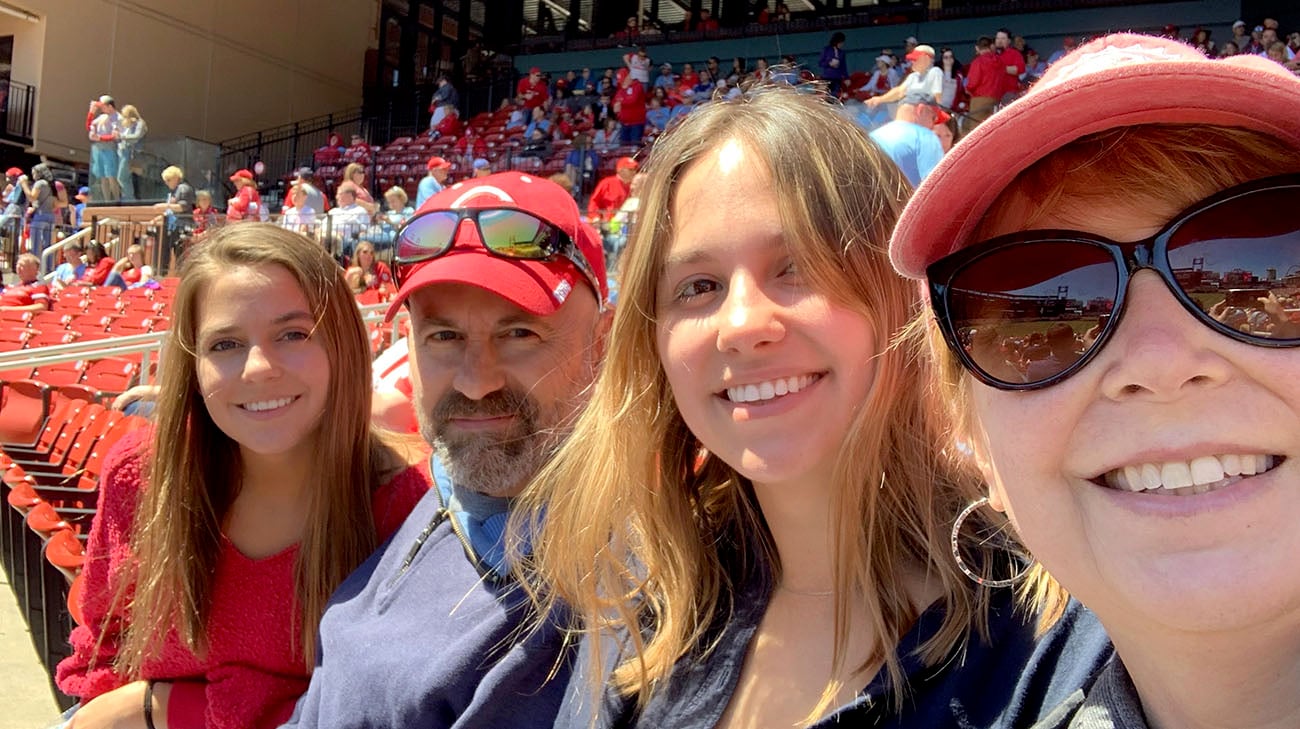 Sara is enjoying as much time as possible with her family. (Courtesy: Sara Whitlock)

It’s good for Dr. Pennell, too, and other physicians devoted to treating lung cancer patients and uncovering new, more effective treatments: “It’s an incredibly exciting time. Patients are scared when they learn they have an incurable disease. But instead of telling them they may live, on average, less than a year, we hope now to be telling them it will be ‘years’, with an ‘s’ on it. Very soon, we may be treating lung cancer more like a chronic disease, such as hypertension or diabetes.”