Baby Blues Turn to Joy for Couple Struggling with Infertility

On January 16, 2019, Robin and Ed Bacho of Medina, Ohio, welcomed the birth of their beautiful son, Eddie. It only took him six years to arrive.

Like many couples, when Robin and Ed married in 2012, they envisioned having children together. What they did not envision were years of fertility treatments and financial hurdles as they rode an emotional rollercoaster on the way to realizing their dream.

At 37 years old, Robin was diagnosed with polycystic ovary syndrome (PCOS) and unexplained infertility (infertility of unspecified origin). At Cleveland Clinic's Fertility Center, after a few years and seven rounds of intrauterine insemination (IUI), which didn't succeed, the couple began in vitro fertilization treatment (IVF), which produced three embryos. Following genetic testing, that number dropped to one, an embryo they named “Baby B.” 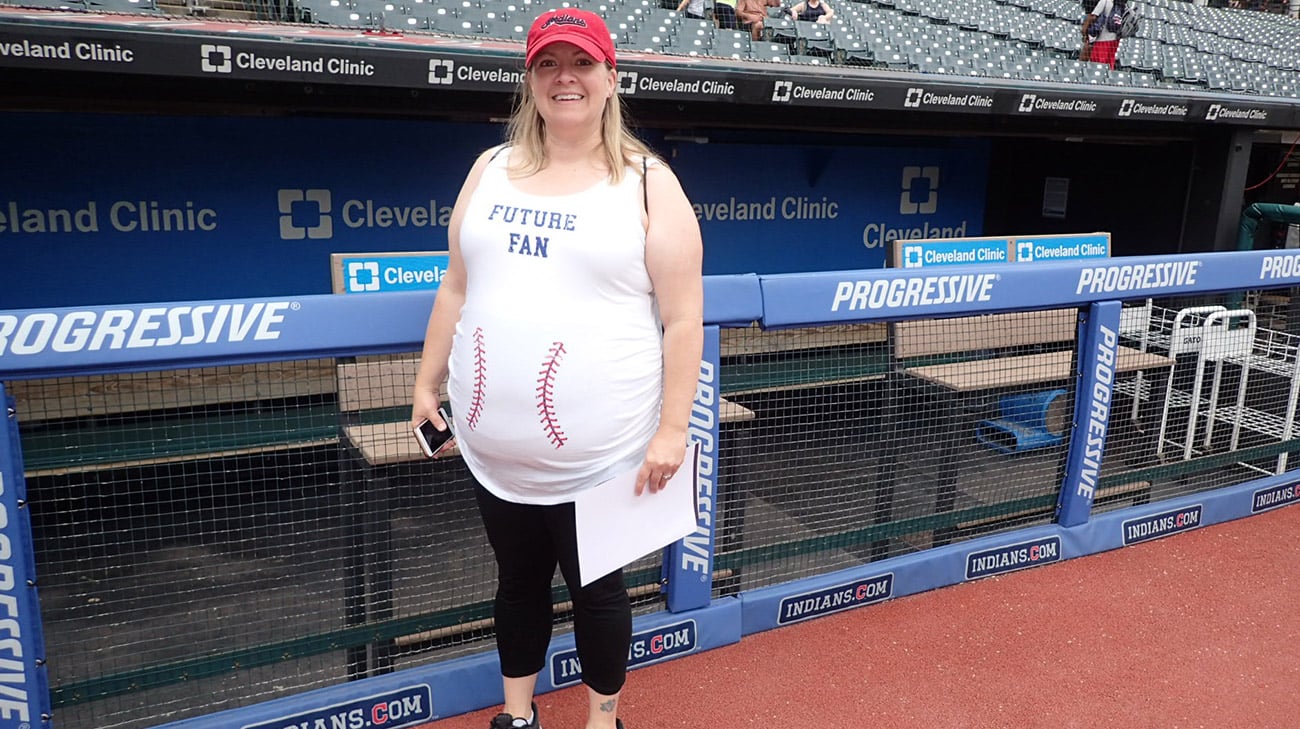 Robin was successful in becoming pregnant with Baby B, but soon afterward, her body began rejecting the pregnancy. “It was a slow, painful process” until she miscarried, she says. “After that, I felt hollow and numb.”

“It was time to grieve,” she wrote in an application for an organization that awards financial support to couples like Robin and Ed. “Every morning before I head out, I walk into the nursery. The room is filled with baby clothes, toys and books. The remnants of IVF still laid out as if mocking me. I imagine the sounds, smells and sights that would be when Baby B would finally arrive. I can only envision the love and endless joy that one could get from such a blessing. This is why I still have hope.”

This was her second application to the organization, and this time, it succeeded. They received the help just as their medical bills were piling up and Ed was starting his own business following a layoff.

“In 2018, we started a second round of IVF,” Robin says. “I was 42 then. They did the egg retrieval process, gave me the shots, and 11 embryos developed. Seven of those had genetic testing. I had one absolutely, positively good one, with two others that were questionable. We had one shot, but it only takes one.” 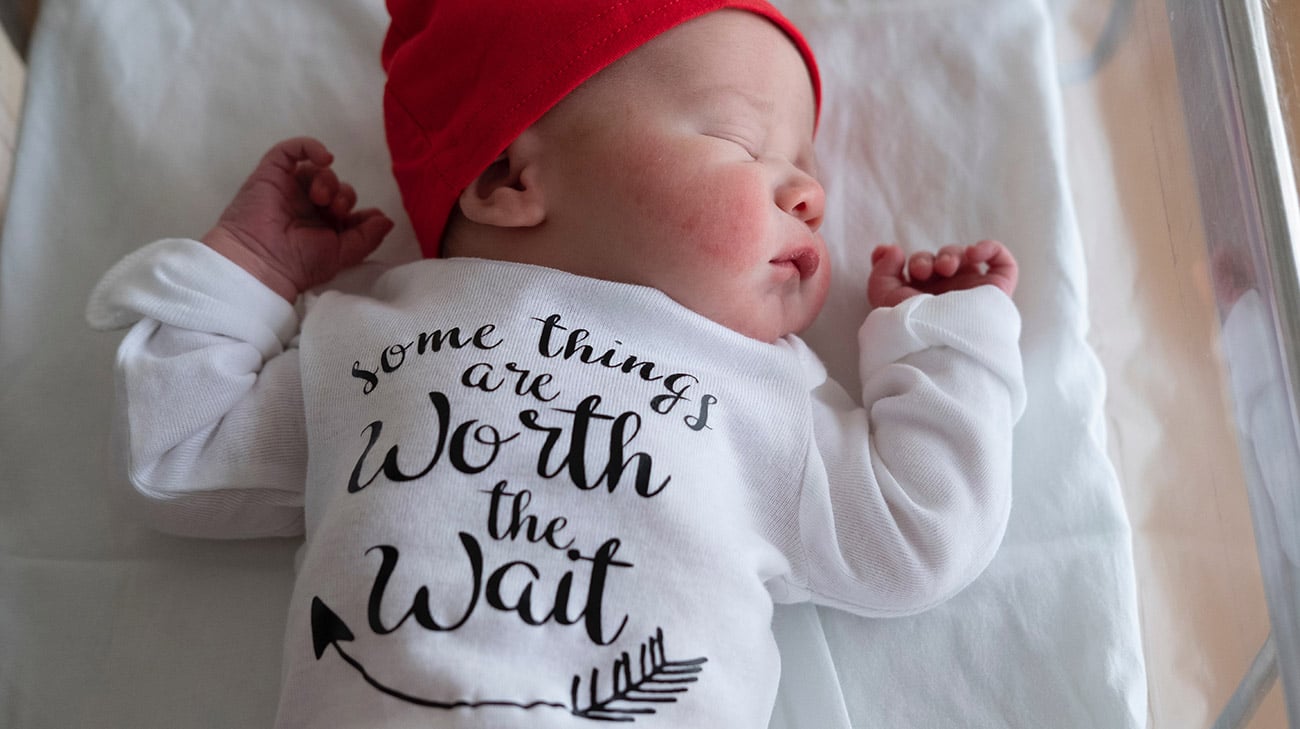 On April 30, the transfer was performed, and on May 14, 2018, the couple learned they had a healthy pregnancy. “This time, it definitely felt different,” Robin says. “I had a wonderful pregnancy.” She developed complications that led to Robin's OBGYN at Fairview Hospital's Level III Birthing Center to elect for Robin to undergo a C-section in order to safely give birth, “but we had a healthy baby boy.”

Robin's situation is not unusual, her doctors say. “PCOS affects 10 to 15 percent of the population. It’s the most common endocrine disorder in women,” says Marjan Attaran, MD, a fertility specialist at Cleveland Clinic.

According to Dr. Attaran, “It's not uncommon for women with PCOS to first go through the treatments that Robin had and then, if they don't work, go on to IVF. Finances play a huge role in people's decision to go to IVF. Time keeps ticking by, and they keep asking themselves, 'Can I do another round?' That played a role with Robin, too. My advice for patients with PCOS is that they come in sooner rather than later. It's not easy to get pregnant, so it’s better to start the process earlier. The majority will establish pregnancies using medication.” 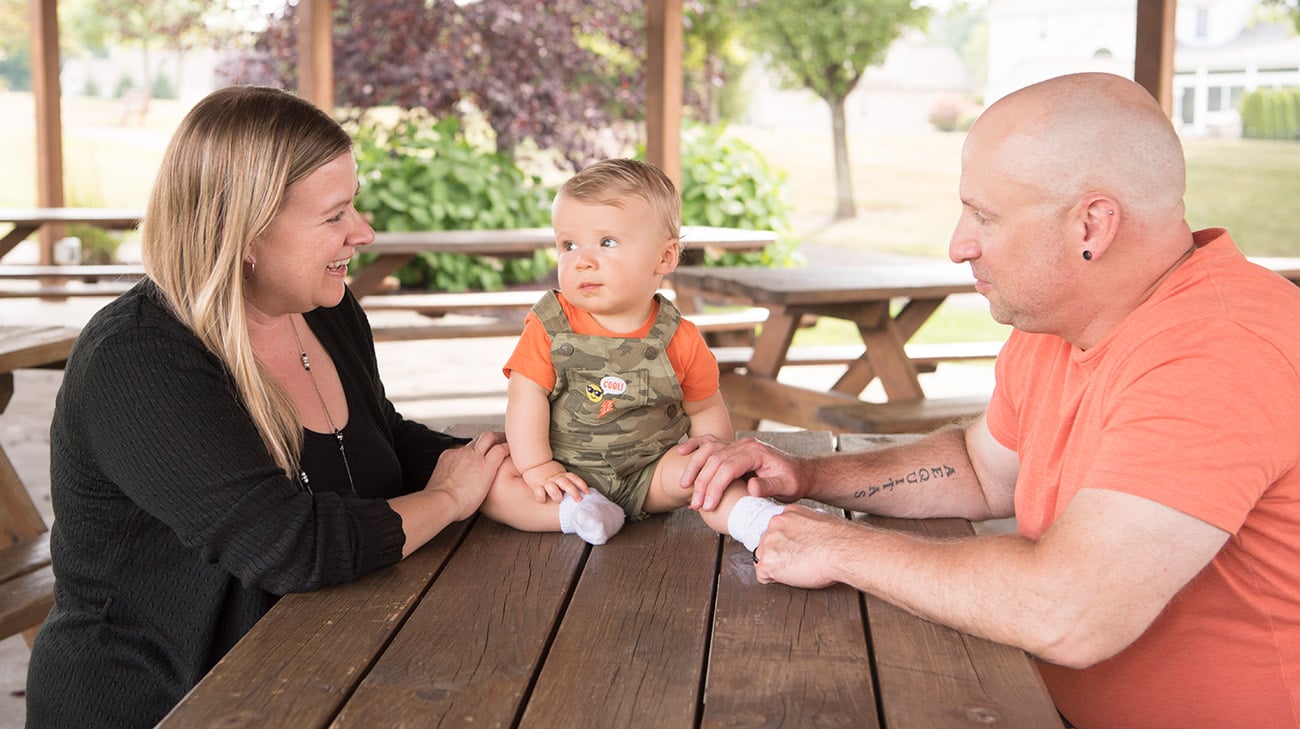 Dr. Attaran and Cynthia Austin, MD, retired physician from the fertility team that treated Robin prior to her retirement, say that women who wait until their late 30s or early 40s are more likely to have difficulty conceiving.

“Women have 1 to 2 million eggs when they are born,” Dr. Attaran says. “New eggs cannot be created. Since many eggs are recruited each cycle, the number of remaining oocytes decreases each year. This explains why women have more difficulty getting pregnant as they get older.”

Both physicians observe a rising number of women trying to become pregnant later in life. “The key to Cleveland Clinic's success is the lab and how well we are able to culture embryos,” says Dr. Austin. “We do have a really awesome lab and a team of doctors who have had many years of experience with in vitro fertilization. We have a high success rate; we run consistently higher than average, according to the Society for Assistive Reproductive Technology.”

She cautions that technology does not assure success. “The whole fertility treatment is a long and arduous journey,” Dr. Austin says. “My heart goes out to my patients. It's part of Cleveland Clinic's mission not just to help the people who will get pregnant easily but also to help those who are having a hard time. And women who give birth later do not get second-best babies. Their babies are like everyone else's.”

“We had a good experience at the Fertility Center,” she says. “It definitely was a team effort! Our doctors were empathetic, explained everything, and never once said, ‘stop.’ They had to deliver hard news throughout our time, and Dr. Austin held my hand the whole time when I had a miscarriage after the first IVF. My main message to other women is, ‘Don't give up hope!' We always felt like it was going to happen. Now, Eddie is a little person! He's got attitude! He's been a miracle throughout everything.’”

Interested in coming to Cleveland Clinic for fertility treatment?

Our in vitro fertilization program is one of the largest in the state, and is equipped with some of the most advanced technologies available.