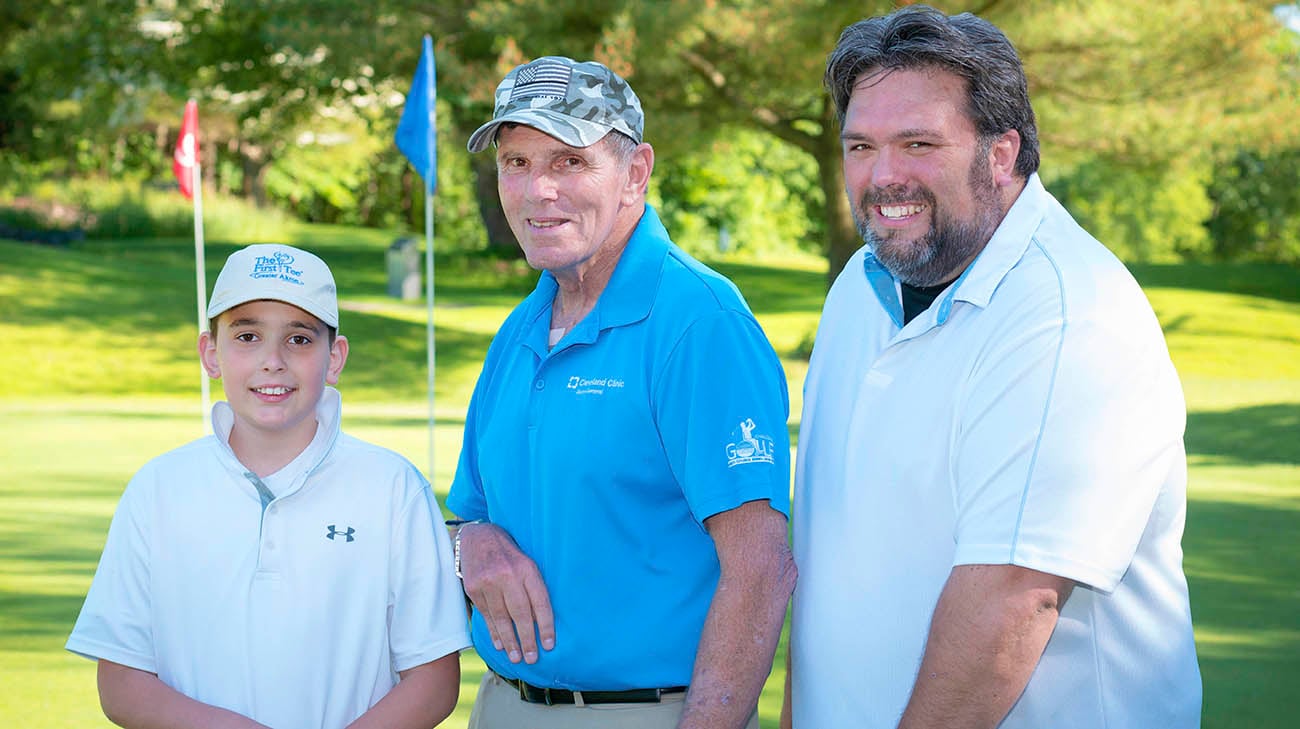 Standing nearly upright, weight slightly shifted to the left side of his body, Charlie Morris takes a glimpse at the flagstick, 100 yards away. He grasps his six-iron firmly, with just one hand – his left. His right arm, and entire right side, have been paralyzed since he was shot in the head, during an encounter with a sniper, as his Navy helicopter whirred over the Mekong Delta, in Vietnam, more than 45 years ago.

Charlie, a 72-year-old grandfather and retired high school teacher, takes one last peek at the target, and slowly begins his one-armed backswing – at its apex, he quickly powers the club in the opposite direction, striking the golf ball with a satisfying “thwack.”

Another perfect shot, headed straight and true to the middle of the green at Cleveland Clinic's Challenge Golf course in Akron, Ohio. 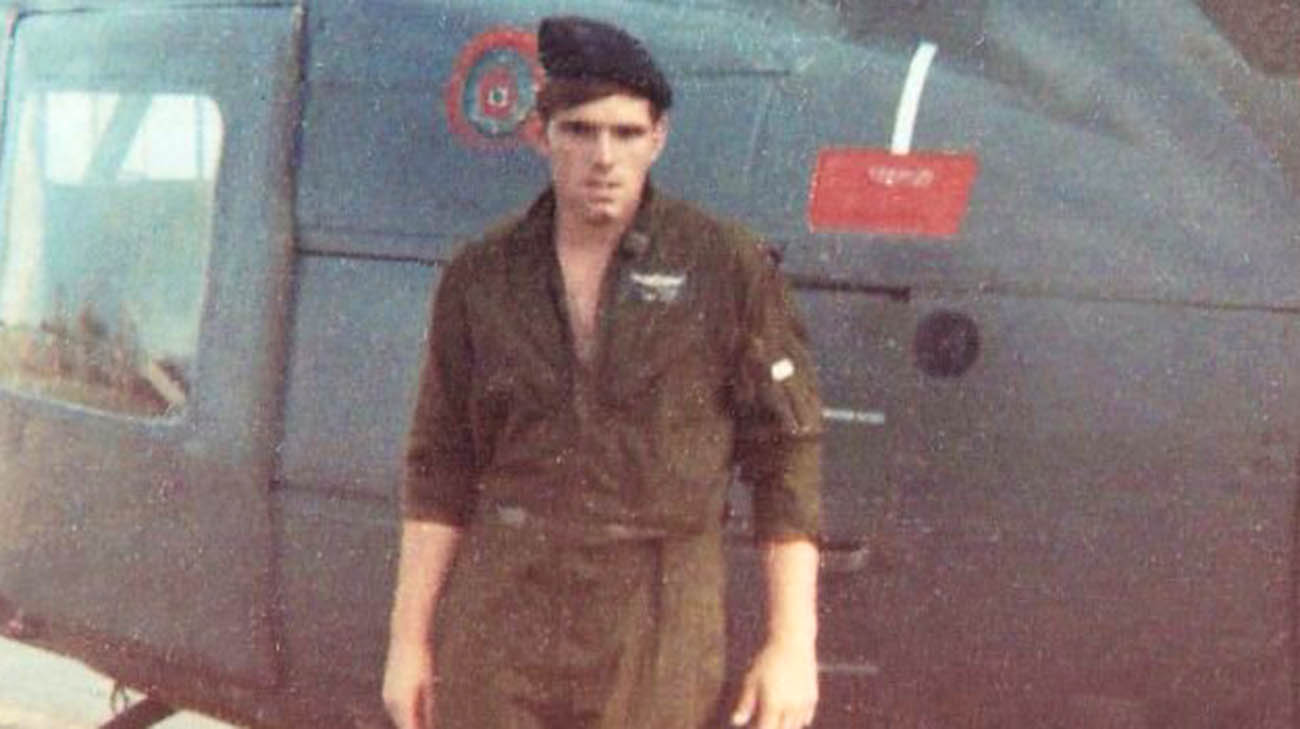 “The thing about this place is that it gives people who can’t do a lot of physical things something fun to do,” says Charlie, who has been golfing at the facility since 2001. “I always tell everybody, if you want to play golf Ron will figure a way, no matter what your disability may be.”

Ron Tristano, a Professional Golf Association (PGA) professional and manager of Challenge Golf, began volunteering soon after the program was founded in 1989 by Edwin Shaw recreational therapists. Started inside a gymnasium, where participants used plastic golf balls and clubs, the program provided therapeutic benefits to persons recovering from strokes, spinal cord and brain injuries, amputations, neuromuscular disorders and other conditions. Challenge Golf as been an oasis for Charlie and other golfers who want to continue staying active, despite their disabilities. (Courtesy: Cleveland Clinic)

Over the years, the people the therapy benefits has grown substantially to include individuals with visual impairments, developmental challenges and those recovering from hip or knee replacements.

“This place just clicked for me,” says Ron, 63, a member of the Northern Ohio PGA Hall of Fame. “Not only do I work as a golf instructor, which I’ve always loved. But I get to make a difference in people’s lives. I couldn’t get this satisfaction doing anything else.” 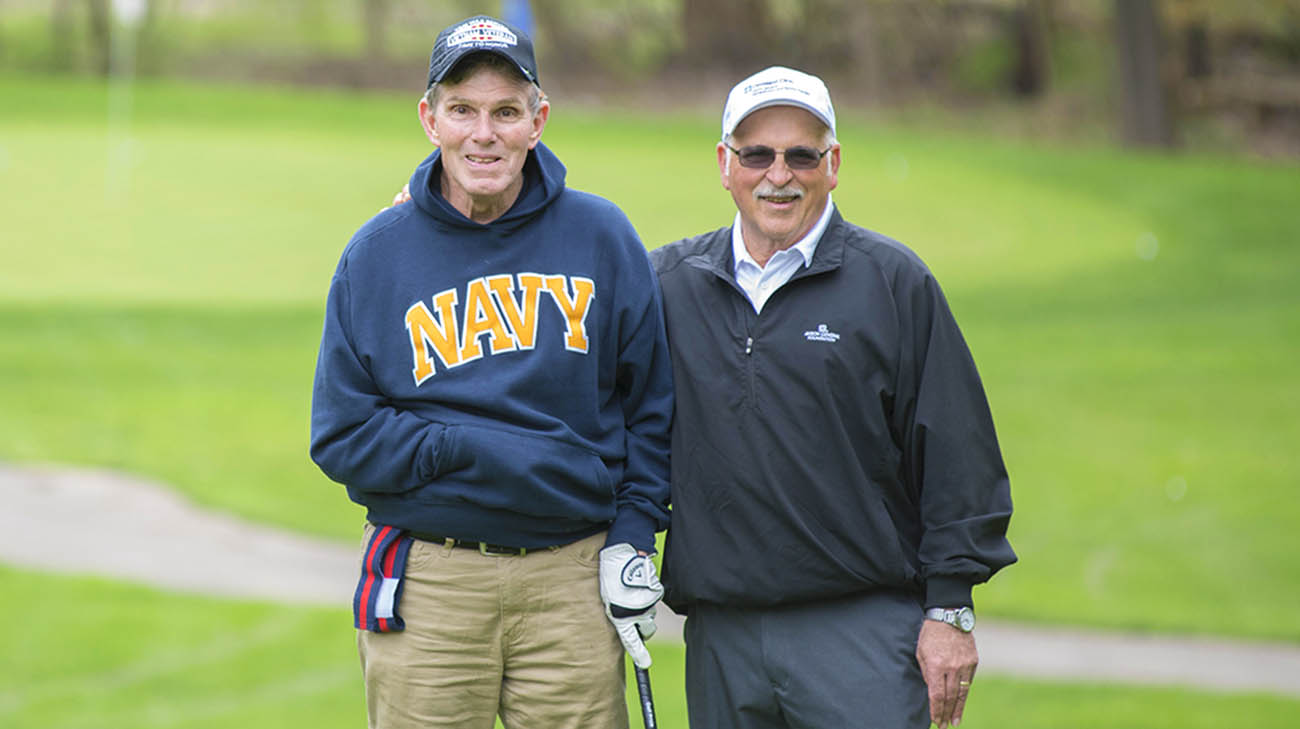 Charlie (left) and manager of Challenge Golf, Ron Tristano (right), have developed a special bond during the past 16 years since Charlie has been going to Challenge Golf. (Courtesy: Cleveland Clinic)

Ron joined Challenge Golf full-time in 1991. He oversaw the development of its pristine, three-green golf course, the first in the nation designed specifically for persons with disabilities. With wheelchair-accessible cart paths, handrails and gentle slopes to ensure safe access, the course is a welcoming oasis for golfers who may struggle to navigate a conventional course.

It has three sets of tees and three flags on each green, and thus can be played as a nine-hole, par 3 three-hole course – with distances ranging from 60 to 150 yards.

The players, many referred from rehab facilities, are often former golfers looking to return to the game they love. Others are new to golf but eager to find a physical outlet. 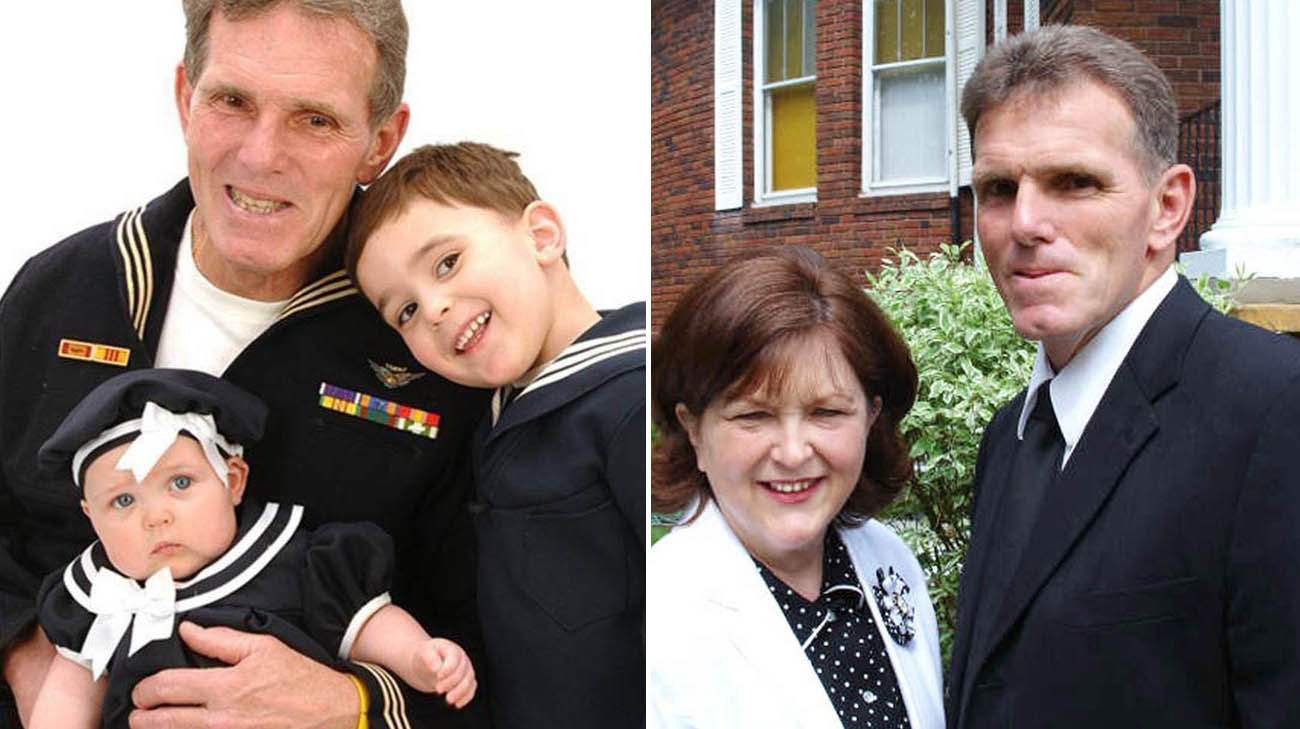 Ron, who assesses each new golfer and then designs a lesson plan that suits his or her needs and requirements, believes enjoying a sport outdoors is a big draw for Challenge golfers: “Many people who have had something significant happen to them spent a long time in the hospital. Now, they come here and get some fresh air and do something physical again.”

Annually, the course hosts more than 1,500 rounds of golf. Its driving range and putting green is also a popular gathering spot for golfers with disabilities, as well as their friends, family members and people in the community.

Charlie, an avid golfer and author of an autobiography, “Just a Regular Guy,” about his Vietnam experience and his life afterwards, enjoys the exercise – but also the camaraderie. “When you come here, you’re going to smile and laugh and it's a wonderful feeling,” explains Charlie. “We talk and encourage each other, people struggling to overcome something, just like you.”

Charlie participates in a twice-monthly league at Challenge Golf, and also likes to play with his son, Matt, and 10-year-old grandson, Logan. “It’s not just about golf. It’s about family and having a sense of purpose. My 6-year-old granddaughter even says she wants to play!”

“They have fun, but it can get competitive, too,” notes Ron. “It doesn’t matter if you’re playing from a seated position, with one hand, leaning on a cart, using a crutch in one arm – they all want to do their best. And when they do better here, it can give them the confidence to return to a more active life.”