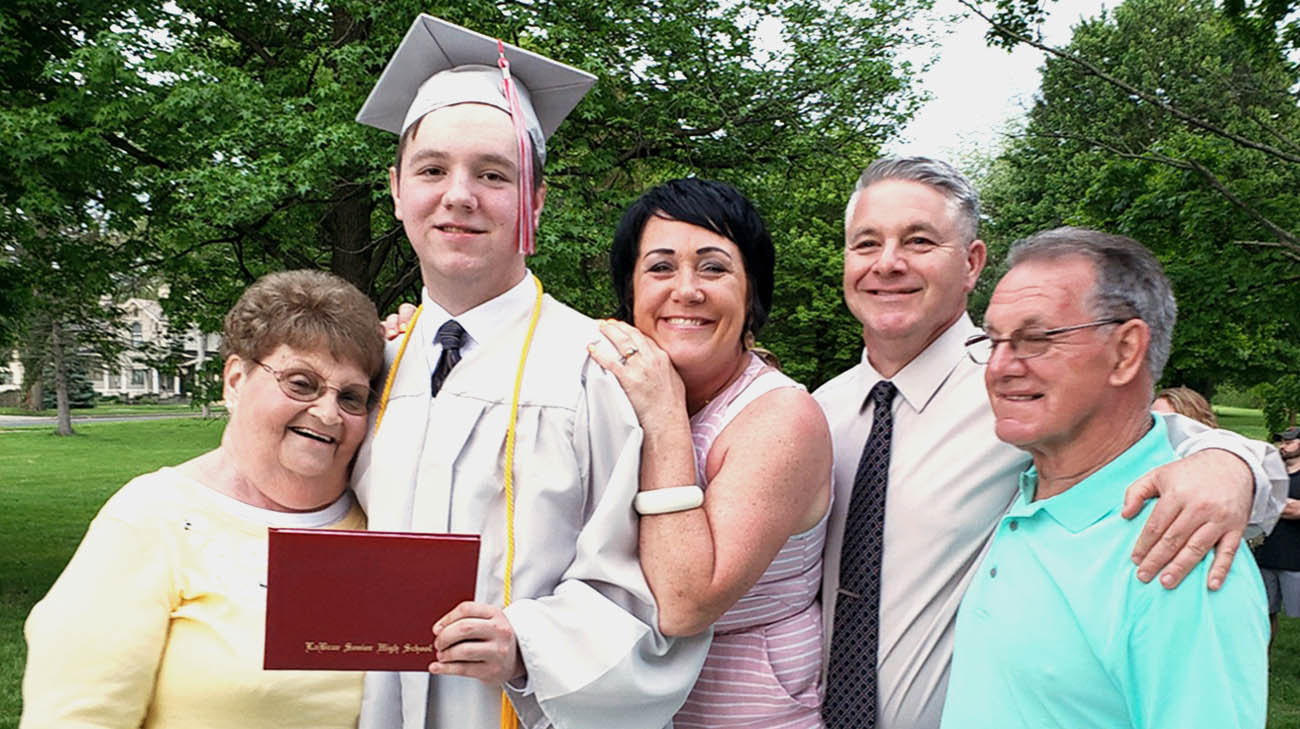 In eighth grade, Tanner Noble was a typical teenager. At a healthy 180 pounds, he spent much of his time playing football, spending time with friends and doing schoolwork in his hometown of Leavittsburg, Ohio. However, things quickly started to go wrong.

Tanner’s parents, Robert and Demetra, became concerned because of his rapid weight loss and frequent trips to the bathroom. His inability to keep food down, left his 5-foot-11-inch frame at 112 pounds. Soon he started passing out during exercise workouts. As Tanner describes it, the early stages of his cancer were “chaotic.” His family and doctors could not understand what was happening. In fact, during the first year, Tanner’s local gastroenterologist thought the issues may be due to anxiety or food allergies. “It was a very painful year of no answers,” says Demetra. “Robert and I knew something else was wrong with Tanner. That’s when the mama bear in me really kicked in.”

Despite blood tests, endoscopies and colonoscopies all coming back normal, Tanner’s mom didn’t stop advocating for her son. She pushed for an abdominal MRI. Then it suddenly became clear. Tanner had cancer. He was immediately referred to Cleveland Clinic Children’s.

A pediatric gastroenterologist first discovered a lump on Tanner’s neck and recognized the symptoms as stage 4 medullary thyroid carcinoma (MTC). MTC is a rare and aggressive form of cancer that can quickly spread to other parts of the body. It accounts for 1 to 2 percent of thyroid cancers in the United States. The hereditary form of the condition is caused by a gene mutation that often does not show up on traditional blood tests. In Tanner’s case, the cancer had spread from his thyroid to his back, lungs and liver. “I didn’t think about dying,” says Tanner. “I just remember not wanting to leave my parents. I thought about all the friends I’d leave behind, the lives I wouldn’t be able to touch with my story.”

Shortly after his diagnosis, Tanner underwent a 12-plus hour surgery where doctors removed as much of the cancer as possible. However, Tanner’s road to recovery had just begun.

His next step in treatment included taking an oral medication. Unfortunately, he experienced some negative side effects from the drug. After two years, Tanner’s cancer was getting worse in his liver, lungs and bones. Unsatisfied with his progress, Cleveland Clinic Children’s hematologist-oncologist, Peter Anderson, MD, PhD, continued searching for an alternative. Through conversations with another physician, he discovered a promising drug being administered through a clinical trial. 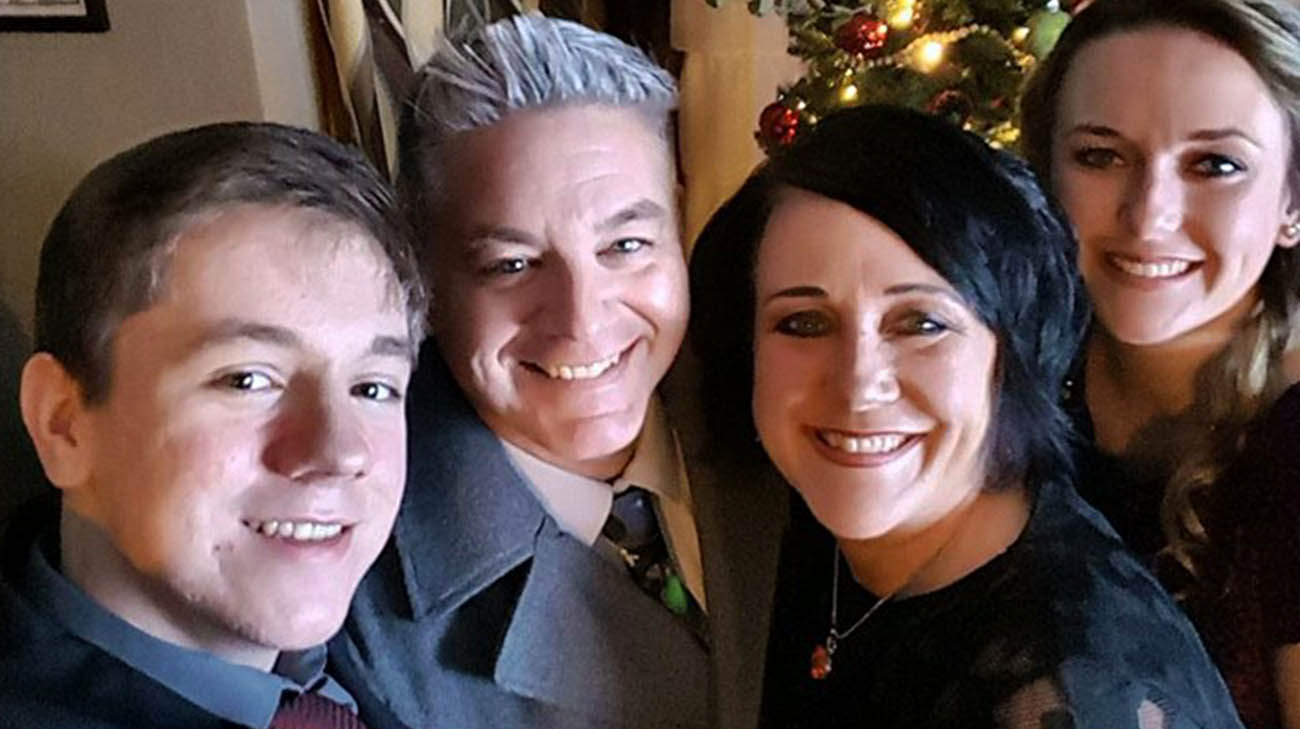 The drug, LOXO-292, works to inhibit the genetic signaling (overexpression of the RET gene) that drives tumor formation and progression in MTC patients. Although adults with Tanner’s cancer type had shown positive responses to the drug, it hadn’t yet been administered to individuals under the age of 18. Tanner would be the first.

It quickly improved his health. For the past year and a half, his cancer markers have rapidly improved and continue to improve during his monthly check-ups. While MTC is considered incurable, Tanner has made extremely positive progress, and now, has an opportunity to tell his story.

Tanner’s high school principal asked him to speak to his fellow graduating class of 2019, during La Brae High School’s commencement.

An excerpt from Tanner’s speech follows: “Instead of giving up I fought through eight surgeries, multiple chemos, which caused humiliating side effects and depression. I stand here today not only to tell my story, but to give thanks to everyone who has supported me, watched my journey, and gave me the tools that allowed me to survive…Take my story with you and remember, no matter how much pain, how difficult, or how time consuming something may be, if you have faith, even if it’s as small as a grain of mustard seed, and you are strong throughout, you too will be ‘tannertuff’ when that time comes.” 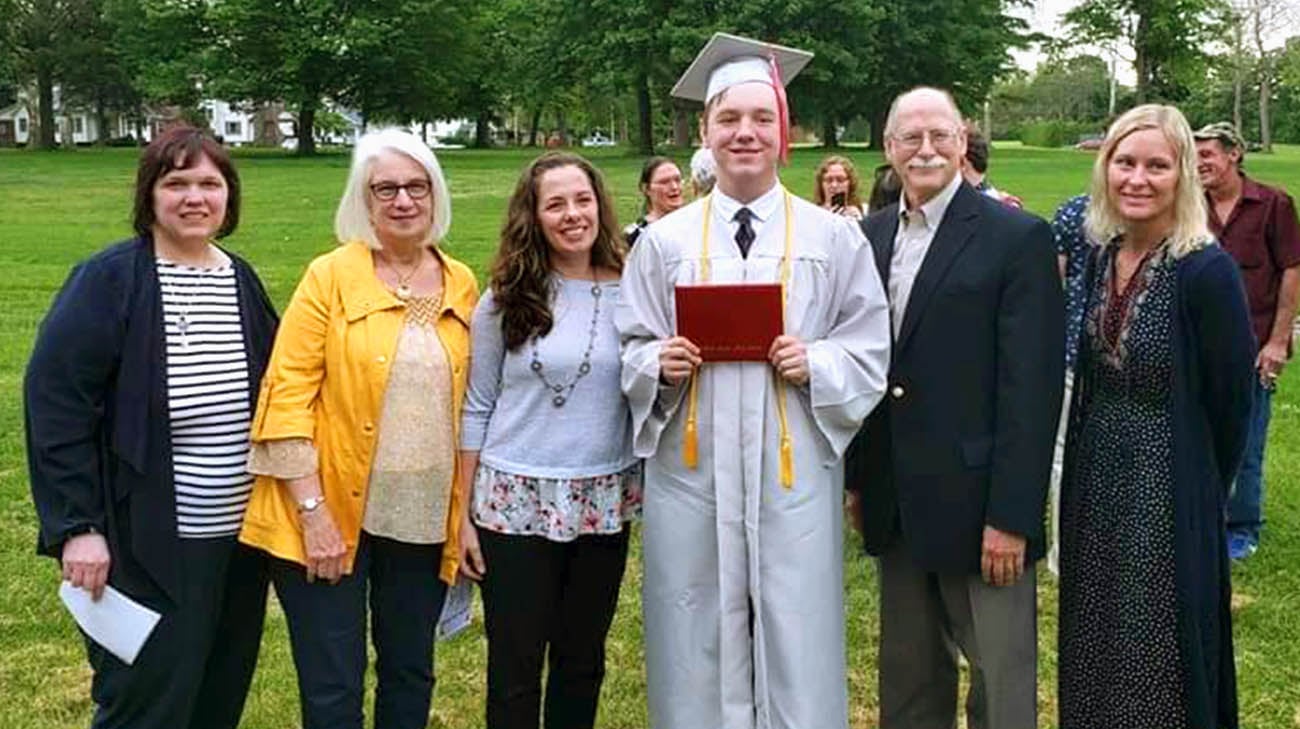 Tanner with Dr. Anderson (center) and several of the nurses who were critical to Tanner's care. (Courtesy: Demetra Noble)

“You don’t always know what someone is going through until they put it into words sometimes,” says, Demetra. “Listening to his speech, I felt happy, yet sad he’s had to go through so much. I was amazed at him, and truly, so proud.”

Dr. Anderson, who also attended, along with several nurses who cared for Tanner, says this was a landmark event. "He's so mature. It's moments like these that make us proud to be catalysts for such positive happenings."

Tanner, now 19, is living an active life in his new normal. While football is no longer an option, he stays active by playing golf, bowling and playing cards with friends.

The next chapter of his life begins at Kent State University, where he plans to focus on counseling and writing, so that he, too, can give back to others.