Mom is One of First Patients to Receive New Heart Valve 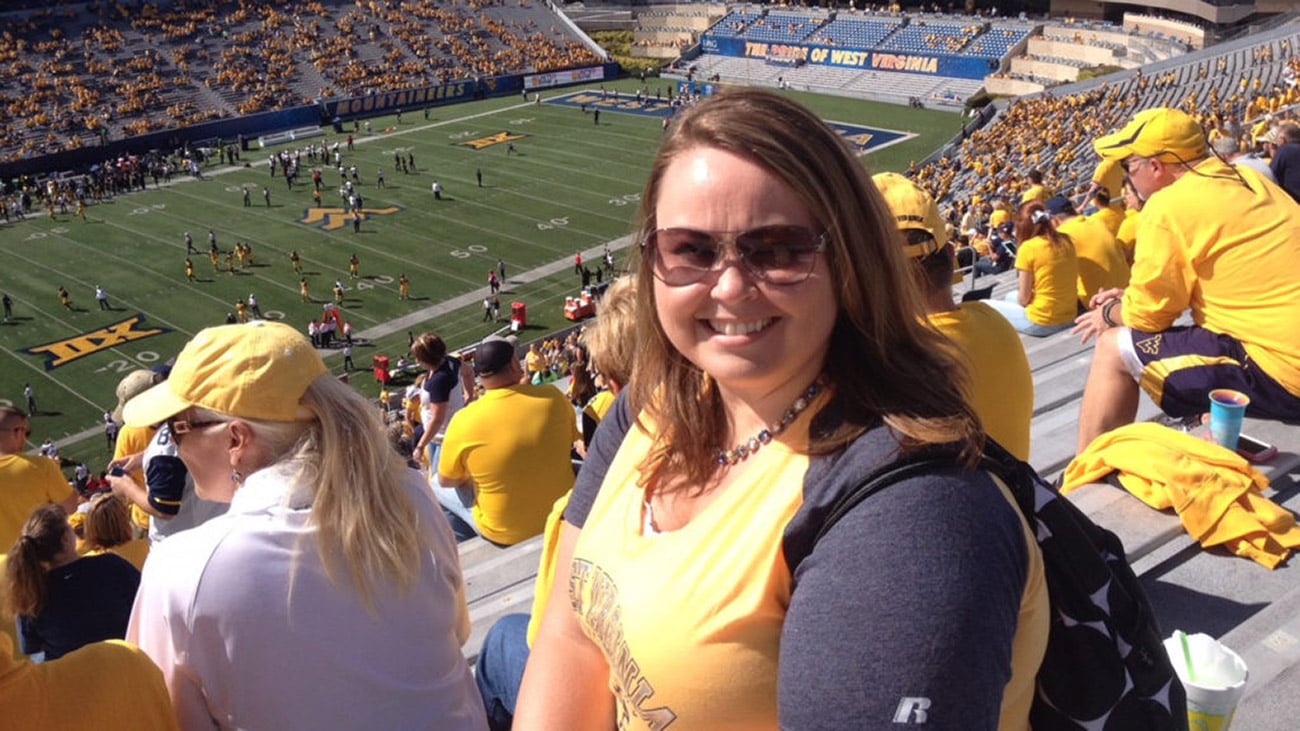 Last football season, Carrie Hughes paused to rest and catch her breath nine times on the walk to Mountaineer Field — the gridiron home to her beloved West Virginia Mountaineers — as she and her husband, Jason, headed for their seats.

“I really had a hard time getting around,” said Carrie, age 42, and the mother of three children. “The fatigue, the shortness of breath. It just started getting worse and worse.”

Carrie was born with a unicuspid heart valve, a condition that constricts the flow of blood through the heart. Over time, the defective valve can narrow, even more, start to leak and become susceptible to calcification, resulting in the types of symptoms Carrie experienced. Her deteriorating condition made normal activities – working a full-time job, getting the kids to their activities, preparing meals – exhausting.

Carrie said that “every day was a challenge”— until she traveled to Cleveland in January 2018, become one of the first patients at Cleveland Clinic — and in the country — to receive a new type of aortic valve approved by the Food & Drug Administration (FDA) in 2017. 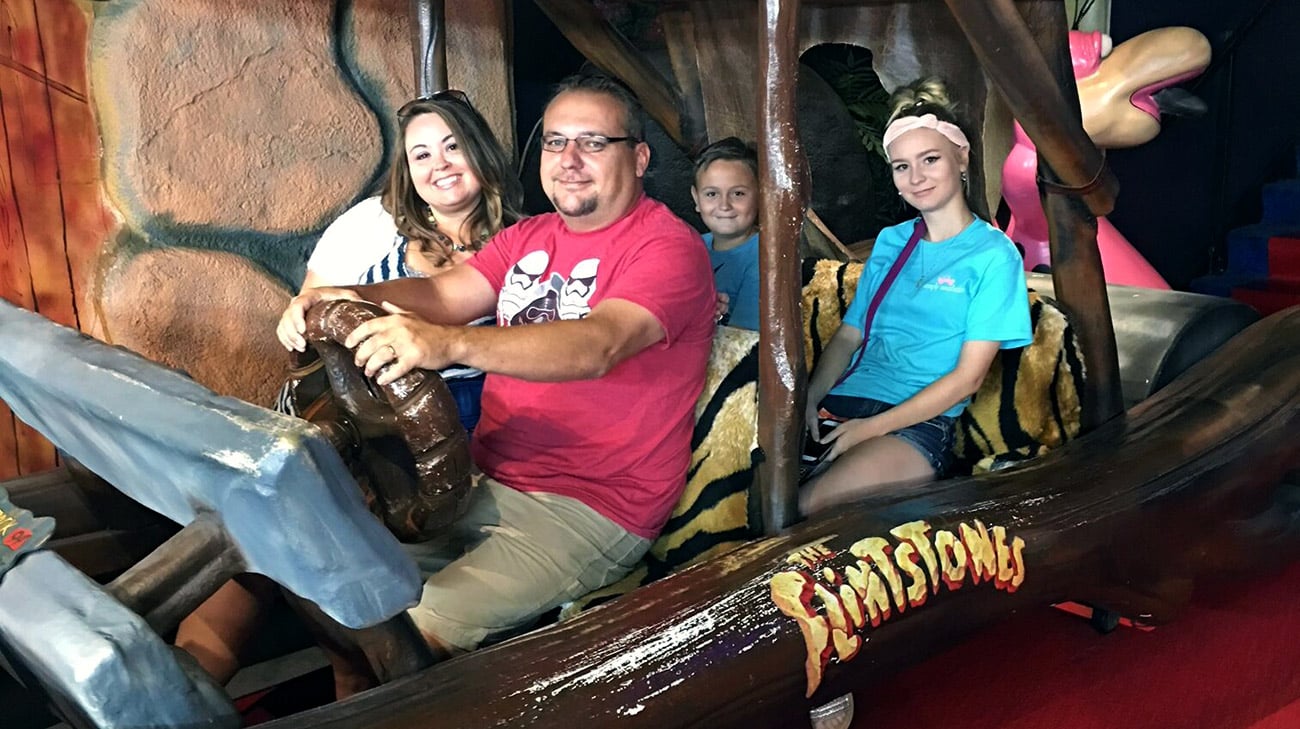 Performing the surgery was Lars Svensson, MD, PhD, Chairman of Cleveland Clinic’s Miller Family Heart & Vascular Institute; and a lead investigator in a multi-year trial of the valve that led to the new device’s FDA approval. The valve, known as a “bovine pericardial bioprosthesis,” is made from the tough tissue that surrounds a cow’s heart.

Dr. Svensson explained that the new biological valve is more durable than mechanical valves. “We hope it will fill a niche for younger patients like Carrie, who will benefit from a long-term valve,” he said.

While mechanical valves are effective, they tend to need replacement after about 20 years. Also, because they require the recipient to be on blood thinners, mechanical valves can be a less viable option for women planning to get pregnant, athletes, and other highly active people who may be susceptible to injury or other forms of blood loss.

“The new type of valve that Carrie received has been holding up very nicely in recipients,” Dr. Svensson said. “It will be a long time before we know how durable it will be in the long term, but it’s very promising so far.” 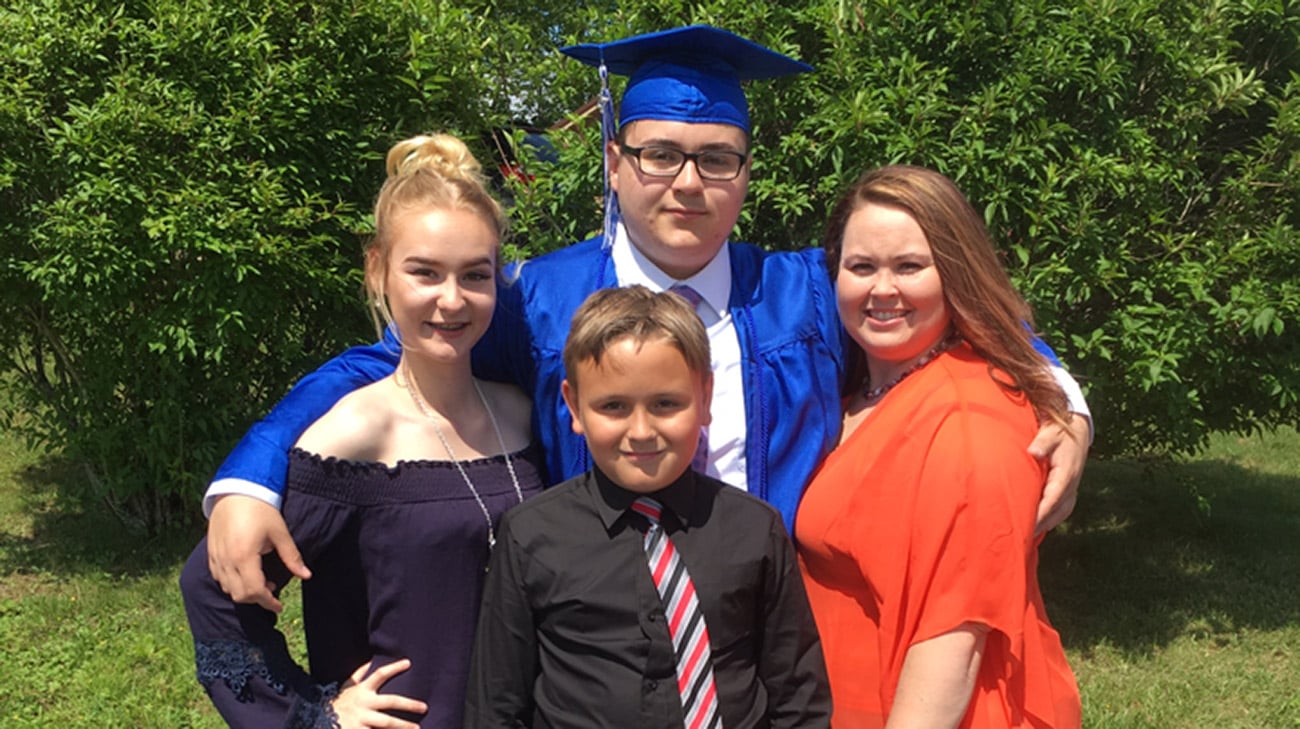 As soon as she awoke from the minimally invasive, 2.5-hour surgery in which Dr. Svensson used a keyhole-sized incision, Carrie felt revitalized. Within days, shortness of breath and fatigue were no longer issues, and the numbness she regularly felt in her limbs was gone. “I could tell a big difference right away,” she noted. “Now, I feel so much better and I can keep up with the kids.”

And Carrie, who lives in Princeton, West Virginia, is eagerly awaiting football season and a return trip to Morgantown to root for the Mountaineers.

“I think going back to the stadium will be much easier with my new-found stamina,” she said. “I’m ready to start a new chapter.”