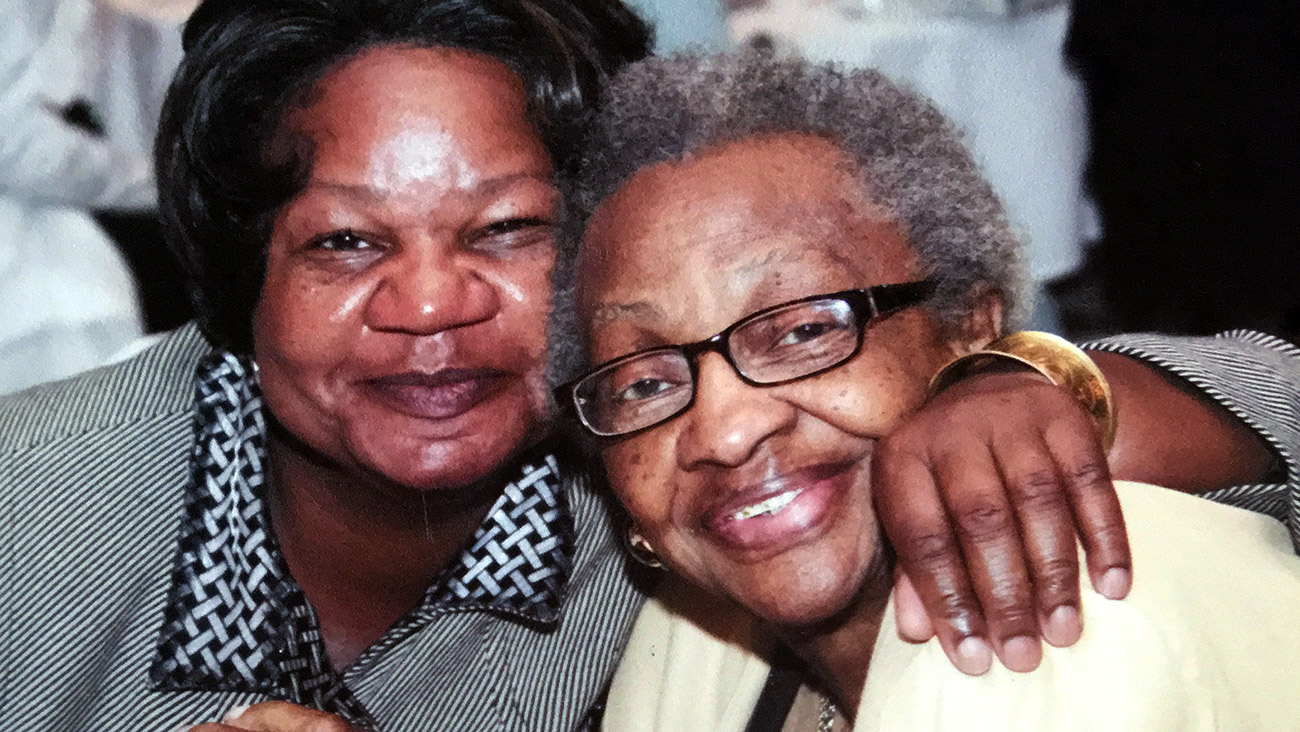 If Joyce McCain hadn’t chosen to receive an innovative form of radiation to treat her breast cancer, she and her doctors might not have discovered – until it was too late – she also had kidney cancer.

“They say everything happens for a reason,” mused Joyce, 65, of Brooklyn, Ohio. “I’m blessed that the doctors found it.”

When a mammogram pinpointed a mass in her left breast, her primary physician at Cleveland Clinic Independence Family Health Center urged Joyce to get a follow-up mammogram. That procedure, plus an immediate ultrasound, revealed that it was likely she did have cancer in her left breast — a fact confirmed a few days later by a biopsy.

After considering several options, Joyce chose to have a lumpectomy, a breast-conserving operation in which surgeon Debra Pratt, MD, removed the tumor along with some normal breast tissue surrounding it. A lumpectomy usually requires 3 to 6 weeks of postoperative radiation to reduce the risk of recurrence in the breast.

After discussing her options with her primary care physician, Joyce chose to pursue radiation therapy but was interested in techniques that would protect her heart.

According to Chirag Shah, MD, a radiation oncologist, Joyce was an excellent candidate for cardiac-sparing radiation therapy, which is being refined by experts at Cleveland Clinic Cancer Center.

“Women who’ve had radiation, in particular to the left breast, have a potentially higher rate of cardiac complications down the road,” explained Dr. Shah, who added that heart-sparing radiation techniques can reduce the doses of radiation that reach the heart by 50 to 75 percent below the national standard. “So, we have focused on perfecting techniques that reduce long-term side effects while still deriving the benefits of radiation.”

One of the techniques — active breathing control (ABC) – required Joyce to inhale deeply and hold her breath for several seconds while the radiation treatment was delivered. Filling her lungs with air separated her heart from her breast and chest wall, which created a physical gap to minimize the dose of radiation that reached her heart.

Timing radiation with breathing cycles can lower how much radiation the heart receives. (Courtesy: Cleveland Clinic)

To plan for Joyce’s radiation therapy, Dr. Shah and his team conducted a simulation using a computed tomography (CT) scan with and without the ABC device. Joyce learned to hold her breath as long as she could using the breathing device attached to her mouth. Based on the imaging from the CT scan and knowing the location where Joyce’s tumor was removed, the medical team was able to carefully plan how to position the linear accelerator that would deliver the radiation doses with accuracy.

Patients hold their breath to put distance between the heart and breast. (Courtesy: Cleveland Clinic)

During the CT scan, Dr. Shah and his team happened to capture an image of one of Joyce’s kidneys. They noticed a large mass – which looked concerning. After some additional tests, doctors discovered it was cancerous. Luckily, the 3 ½-inch tumor was wholly contained within the kidney, which was soon surgically removed.

Following the kidney surgery, and three weeks of five-days-a-week, heart-sparing radiation treatment for breast cancer, Joyce is well on the road to recovery. She has returned to her job as an auditor manager in the Ohio office of the State of Michigan Department of Treasury and has also resumed playing her favorite sport, golf. Throughout her ordeal — especially the surprising discovery of kidney cancer while preparing for breast cancer radiation — Joyce kept a positive attitude, exercised regularly and maintained a healthy diet. She feels certain those steps have played a role in her strong recovery.

“It doesn’t do you any good to get down,” she emphasized. “You’ve got to stay positive.”