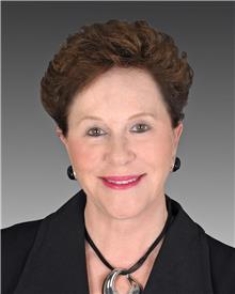 Her American Academy of Dermatology volunteer activities have included: Chair, Council of Communications and longtime member of the communications committee, original member and long term member of “Dialogues in Dermatology,” Chair of the Scientific Council (annual meeting committee), Chair of the Volunteer Circle: “Members Making a Difference.” She has also served on several AAD and Women’s Dermatology Society Visionary Committees. Dr Bergfeld has received many AAD Presidential citations that have included Leadership in AAD Communications and The Volunteer Circle. Since 1995, she has been cited in “Best Doctors in America,” “Top Doctors,” “Top Pathologist,” and in numerous Who’s Who publications.

Dr Bergfeld is the author of over 632 publications, 4 books and 82 book chapters. She has served on many editorial journal boards and has been a reviewer in the both her professional fields of clinical dermatology and dermatopathology. Other activities include consultant/scientific adviser to many pharmaceutical companies.

On a personal note, Dr Bergfeld is married to John A Bergfeld MD, an internationally known Sports Medicine Orthopedic Surgeon at Cleveland Clinic. She is the mother of two daughters, Onee Bergfeld Lowe (deceased) and Sigrid Bergfeld Grieco and grandmother to five granddaughters.

I have been a patient of Dr. Bergfeld's for more than 20 years. She is an exceptional physician and human and I feel privileged that she is caring for me.

Dr Bergfeld is the reason I keep coming there for my dermatologist.

I feel in person with Dr Bergfeld is best for my problem(s).

I have been seeing Dr. Bergfeld for over 40 years. She is an EXCELLENT dermatologist and a wonderful person.

Dr. Wilma Bergfeld is the most caring and knowledgeable physician I have ever met.

Dr. Bergfeld's staff have patiently taught me how to do virtual visits. I am so grateful.

Dr. Bergfeld takes the time to explain, (in plain English), what her analysis is and what hte possible courses of action are, which is very much appreciated.

I am extremely thankful that Dr. Bergfeld is willing to do virtual visits since I live in Columbus.

I've been seeing Dr. Bergfeld for more than 20 years and couldn't be more pleased with her skill and care.

Dr. Bergfeld is absolutely amazing. She is very knowledgeable and took her time answering my questions even though I am sure she had a very busy schedule.

Dr. Bergfeld is as much a friend as a doctor, the best the clinic has to offer!

Dr. Bergfeld was attentive in answering all my questions and concerns.

As always, Dr. Bergfeld treated me with caring respect. I highly value her advice.

Dr Bergfeld is the best! I am very grateful for her knowledge concerning my issue and her guidance. She keeps me positive and optimistic and always has alternatives. I am blessed.

Dr. Bergfeld is very thorough, caring and knowledgeable. I have seen her growing up through high school and returned to her 32 years later from out of state since I value her effectiveness as a doctor and the Cleveland Clinic.

Dr Bergfeld is amazing. I am thankful to have her providing my specialized care

On this virtual appointment, Dr. Bergfeld was able to see problem areas and areas that have improved with her remedies.

Video visits with Dr. Bergfeld are wonderful. As a result, our son's skin has never been better.

Dr Bergfeld is the best!!!

So appreciative of Dr. Bergfeld's genuine concern and expertise!

Dr Bergfeld is the most compassionate doctor. I have valued her integrity and knowledge over the past 40 plus years! She is just THE BEST!

I appreciated Dr Bergfeld assistant calling before the video visit. It was a very efficient visit.

Dr Bergfeld is very gentle and very knowledgeable and I love her.

Dr. Bergfeld is a wonderful Doctor, l am so glad she is my Doctor. Thank you Br. Bergfeld.

Dr. Bergfeld is an outstanding doctor!

Dr Bergfeld is wonderful: no nonsense yet caring