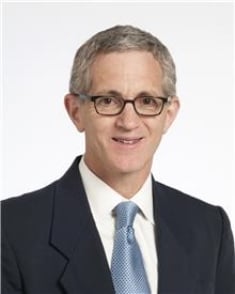 He previously served as the Director of Cleveland Clinic's Center for Ethics, Humanities, and Spiritual Care (2010-16) and the F. J. O'Neill Professor and Chairman of the Department of Bioethics (2004-16).  He was the founding Executive Director of the Cleveland Fellowship in Advanced Bioethics.

From 1993-2004, he cared for children with cancer and blood diseases at Rainbow Babies and Children’s Hospital, where he was the founding director of the Rainbow Center for Pediatric Ethics. His areas of expertise include childhood cancer and blood diseases, pediatric ethics, end-of-life issues, and research ethics. He received the Distinguished Alumni Award from the Northeast Ohio Medical University in 2001, and was elected Chair of its Board of Trustees in 2011.

He has been an active committee member and consultant at the Institute of Medicine. He served as Chair of the Bioethics Committee of the Children’s Oncology Group from 2002-2008, and was an appointed member of the Committee on Bioethics of the American Academy of Pediatrics from 1999-2005. He has also served on the Science and Medicine Advisory Committee of the United States Holocaust Memorial Museum and on the Recombinant DNA Advisory Committee (RAC) at the NIH.

He is frequently invited to present lectures nationally and internationally on ethics, childhood cancer and informed consent. He is the author of more than one hundred peer-reviewed publications in journals including JAMA and the New England Journal of Medicine, as well as book chapters and reviews. He is the editor of "Ethics and Research with Children: A Case-Based Approach," published by Oxford University Press, first published in February 2005 with Second Edition expected 2017. Dr. Kodish was elected as a Fellow of the Hastings Center in 2013 and received the Distinguished Service Award from the Children's Oncology Group (2005) and the American Society for Bioethics and Humanities (2016).