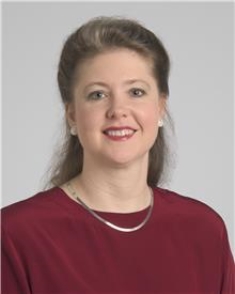 From 1994 to 2004, Dr. Langford was a senior investigator within the Immunologic Diseases Section of the National Institute of Allergy and Infectious Diseases (NIAID) at the National Institutes of Health (NIH). At the NIH, Dr. Langford’s research focused on vasculitic diseases, where she was Principal Investigator for nine vasculitis-related protocols. From 1999 to 2002, Dr. Langford served as Chairman of the NIAID Institutional Review Board in supporting the protection of human subjects. While at the NIH, Dr. Langford received an NIAID Special Act of Service Award in 2001 and was the recipient of NIAID Staff Recognition Awards from 1998 through 2004.

In 2004, Dr. Langford joined Cleveland Clinic to become Director of the Center for Vasculitis Care and Research within the Department of Rheumatic and Immunologic Diseases. She is an Associate Professor of Medicine of the Cleveland Clinic Lerner College of Medicine of Case Western Reserve University and was named Vice-Chair of Rheumatology for Research in 2007. In 2011 she became the Harold C. Schott endowed Chair in Rheumatic and Immunologic Diseases.

At Cleveland Clinic, Dr. Langford’s work has continued to focus on patient care and research in vasculitic diseases, including granulomatosis with polyangiitis (Wegener’s), microscopic polyangiitis, eosinophilic granulomatosis with polyangiitis (Churg-Strauss), polyarteritis nodosa, giant cell arteritis, Takayasu arteritis,  and other forms of vasculitis. In 2007, she was awarded an important research contract from the National Institute of Arthritis and Musculoskeletal and Skin Diseases of the NIH for concurrent pilot studies in giant cell arteritis and Takayasu’s arteritis. She has additionally received funding from the Rare Diseases Clinical Research Network of the NIH to conduct a pilot study in granulomatosis with polyangiitis (Wegener’s) that has led to a multicenter International randomized trial. This study will be conducted in partnership with colleagues in the Vasculitis Clinical Research Consortium, a collaborative research network funded by the NIH and the European Vasculitis Society.

Dr. Langford is an active member of the American College of Rheumatology, where she has served on several committees. She was an Associate Editor for Arthritis and Rheumatology, a leading journal in rheumatology, from 2000 to 2005. Dr. Langford serves as a consultant to the Vasculitis Foundation. She has been named one of Cleveland’s Top Doctors by Cleveland magazine.

A frequently invited lecturer at national and international medical meetings, Dr. Langford has authored numerous scientific papers and chapters on vasculitis. She is Co-Editor with Anthony Fauci, MD, for Harrison’s Rheumatology taken from Harrisons’s Principles of Internal Medicine. 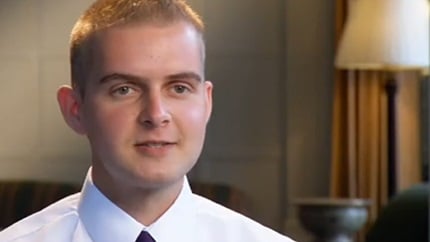 Suffering From a Mysterious and Severe Abdominal Condition

Fiduciary Role. Dr. Langford serves in a fiduciary capacity, such as an elected officer, director or chief medical officer, for the following companies or other entities:

Dr Langford is exceptionally great. She is an asset to CCF.

Dr Langford is the best!!

Dr. Langford is without a doubt one of the best care givers. Whether face to face, on the phone, or via virtual appointment, she takes the time to ask about me, address questions, and discuss future treatments/options.

Dr. Langford is the best -- she is ultra knowledgeable, communicates well, and is very responsive. We feel so fortunate to have her in our lives, she is a blessing everyday!

Dr. Langford is amazing! She always listens to my concerns and lets me take part in deciding my care. She's goes above and beyond what is expected from a doctor in her position! She pushed me clear across the clinic campus by herself to make sure I got to the ER and was seen promptly!

Dr Langford is an excellent doctor. I really like her.

I am very thankful that Dr. Carol Langford is my doctor!

Dr. Langford provides excellent care and her department is extremely efficient. She is without a doubt the best physician I have ever seen.

Dr. Langford is an amazing, caring and knowledgeable person. When I count my blessings, she is on the list.

I have always recommended Dr. Langford!

Dr. Langford is extremely professional. She always answers my questions at appointments or by phone.Her dedication to keeping me healthy & safe is exceptional. I am grateful to have a Dr with her intelligence & regard for her patients. Thank you.

Dr. Langford is an excellent Dr. I am grateful to have managing my vasculitis.She is very kind and supportive of my personal choices while on this 16 year medical journey living with wegeners vasculitis since 2006

Dr. Langford is an excellent Dr. I am grateful to have managing my vasculitis care.

Dr. Carol Langford is the best!

I am very for having Dr. Langford as my provider.

Dr Langford is the best care giver I have ever treated with. She is thorough with the examination and provides good guidance. She addresses questions and ensures understanding.

Dr. C. Langford is an exceptional physician. She is extremely knowledgeable, professional & compassionate. If not for her care, I would not have survived. She is an asset to Cleveland Clinic.

Dr. Langford has always shown proficiency in her care for me.