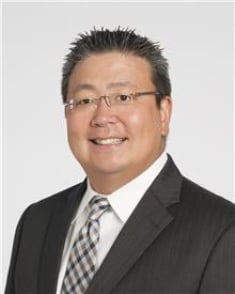 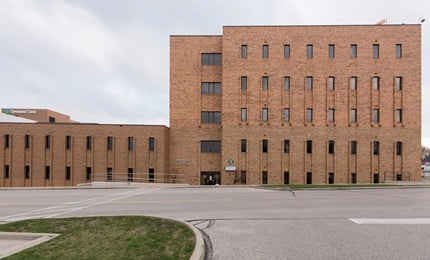 Alex Rim, MD, is a vascular surgeon in the Department of Vascular Surgery in the Sydell and Arnold Miller Family Heart, Vascular & Thoracic Institute. He sees patients and performs surgery at Marymount Hospital, Garfield Heights.

Success Rate: The overall mortality rate for vascular surgery patients at Cleveland Clinic 2011-2015 was 1.7 percent, significantly below the expected mortality rate of 5.4 percent, which is based on the age of our patients, the severity of their illness and their general health condition.

Education and Training: Dr. Rim graduated summa cum laude with a Bachelor’s of Science in molecular biophysics and biochemistry from Yale University, New Haven, Conn. He earned his medical degree from The Ohio State University School of Medicine, Columbus, Ohio, in 1995, graduating with honors in surgery and ob/gyn. He completed a residency in general surgery at Cleveland Clinic, serving as chief resident in his final year of training. Following an additional year of vascular surgery research, he completed his subspecialty training with a two-year vascular surgery fellowship at Cleveland Clinic. Dr. Rim joined the Cleveland Clinic staff in 2016 after almost 12 years as a vascular surgeon at a Florida hospital.

About Dr. Rim: “I enjoy vascular surgery because I am able to establish long-term relationships with patients. I feel I have made a difference in their lives, as well as mine.”

Leisure Activities: In his leisure time Dr. Rim enjoys playing golf, spending time with family and friends and cheering on all Cleveland sports teams and The Ohio State University Buckeyes.

Going directly to Dr Rim's staff is flawless with a smile

Dr. Alexander Rim genuinely cares and really pays attention and listens and patiently explains everything you need to know. I really appreciate his experience and confidence.

The doctor was very professional and understanding when I communicated my concerns.

He is an excellent doctor

Dr. Rim is great. Give him a raise!

Dr Rin was very good. I had concerns over my neuropathy and he answered all of them in a very easy to understand way. Didn't feel rushed hes the best hope he stays with clinic.

Dr. Rim was very nice and seemed to care about me as a person. He listened to my symptoms ask me a lot of questions and explained everything in detail. He was really professional and caring.

Clearly one of the most professional and pleasant and thorough physicians I have ever met with. He showed genuine concern and answered every question and then some.

Dr. Rim was very patient in explaining the issue and how to solve it. He's the best!!

I felt very heard by Dr Rim. He will be performing a surgery for me and I have a lot of confidence that it will go well

Dr Rim and his stuff was very courteous

Dr. Rim was excellent. He went out of his way to explain everything to me in terms I could understand. He's Great!

Great experience. Dr Rim even saw me early which was much appreciated since I had a long drive to get there. My illness is very frightening and Dr. RIM always puts me at ease.

All contact with Dr. Ofice were courteous and efficient.

All good, including the doctors assistant,as well as the reseptionist.