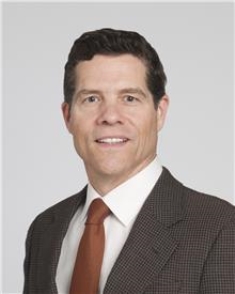 Dr. Perry received his medical degree from Columbia University College of Physicians and Surgeons, New York, where he was the McGraw-Hill Book Prize Winner, and elected to the Alpha Omega Alpha Honor Society.  Dr. Perry completed his residency at the Wills Eye Hospital, Philadelphia, where he won the Shipman Prize for best research paper. He completed fellowships at the Wilmer Eye Institute, Johns Hopkins University, and at the Jules Stein Eye Institute, University of California, Los Angeles where he won the Clinical Research Award. He is the Cole Eye Institute's senior surgeon trained through an American Society of Oculofacial Plastic and Reconstructive Surgery approved fellowship. Dr. Perry was awarded the Marvin Quickert Thesis Award  upon his introduction to the Society.

He is a member of the American Academy of Ophthalmology, American Society of Oculfacial Plastic and Reconstructive Surgeons and the Cleveland Ophthalmological Society. He has participated on numerous committees for the American Academy of Ophthalmology, including its Annual Meeting Program Committee, and he has served as Sub-Specialty Day Chairman. He has participated on number committees for the American Society of Oculofacial Plastic and Reconstructive Surgery, including the Executive Committee while serving as Program Chairman.

He serves on the Editorial Boards of Ophthalmic Plastic and Reconstructive Surgery and Ocular Surgery News, and as an Executive Editor of American Journal of Ophthalmology. He has co-authored a text on ocular oncology, written approximately three-dozen book chapters and over one-hundred peer-reviewed papers. Dr. Perry is also a member of the United States Food and Drug Administration's Ophthalmic Devices Panel. He holds a patent on a novel lacrimal drainage manometer device.Dr. Perry is a Fellowship Preceptor of an American Society of Oculofacial Plastic and Reconstructive Surgery approved fellowship. He received the Cole Eye Institute Resident Teacher of the Year Award in 2003, 2004, and 2009. He has been recognized by Best Doctors in America, Best Doctors®, Inc., and Best Doctors in Cleveland, Cleveland magazine. He was awarded the Lester Jones Surgical Anatomy Award in 2015 from the American Society of Oculofacial Plastic and Reconstructive Surgeons.

Dr. Perry directs one of two-dozen fellowships approved by the American Society of Oculofacial Plastic and Reconstructive Surgery and he has trained surgeons working at the Cleveland Clinic and around the country. He has participated in many named lectureships, grand rounds and visiting professorships, and he lectures nationally and internationally.

I am very pleased with Dr Perry

Dr. Perry showed great care especially on this visit and even gave some other recommendations on something on my face that was not related to this visit.

Dr Perry is very attentive, asks about tolerance of prior treatment, reactions or concerns. He really listens and cares.

I've been seeing *Dr. Perry for a chronic eye condition for over 4 yrs. He's done 2 surgeries & I get infections of 8 wks. He & his staff are ALWAYS kind, professional, & caring. I would never go anywhere else!

Dr. Perry was very good at explaining the procedure and giving me all of the variables involved. He was very professional

I have every confidence in Dr Perry's care.

Dr. Perry was very pleasant, considerate, informative, and helpful about my procedure and condition.

This was my first appointment with Dr Perry, he was amazing. I feel confident with his diagnosis and recommendations and have already recommended him to a friend.

Dr. Perry has always been very attentive, personable and professional.

Dr. Perry is a fabulous doctor and gives great care!

Dr. Perry and his staff are top-notch.

This office is amazing! Dr. Perry immediately put me at ease. He is very kind, and explained everything well. I felt trusting of him right away. Justine then came in and was also wonderful. She answered any other questions I had. I wish I had gotten the name of the girl who did my eye test, because she was also wonderful. Overall just an amazing experience. I wish every Dr's office was like this!

Dr. Perry is amazing! He's the best and I will continue seeing him. Thank you.

Dr. Perry is so very kind. It always seems to start at top. His kindness is so contagious that everyone in his office is very, very nice.

I first started seeing Dr. Perry in 2007. He cured the health issue with ease. But I was very nervous during the visit until he started talking about his mom. It was incredibly heartwarming. So when I had another issue in 2018 I immediately thought of Dr. Perry.

Dr. Perry made me feel very comfortable about my eyelid situation.

Outstanding doctor. Knowledgeable, personable, and attentive! Expert, and listened to my goals and answered my questions.

Very good, success is my reward. Thank you Dr. Perry!

Dr. Perry and assistant Justine are absolutely the BEST!

Dr. Perry is probably the nicest, most caring, most present Doctor I've ever been to. He was not in a rush, took time to listen to my concerns, when asked, give his opinion, made me feel like I was the only patient he had that day. I couldn't say enough good things about him. I would HIGHLY recommend him to my friends and family...

Excellent staff and Dr Perry is great - very attentive, explained everything very well.His staff was really good too. Great office manners and they too did a great job of explaining things.

Dr. Perry was excellent at going into a good deal of information about the procedure that we are looking into scheduling for me. Again, to the point - very informative.

Doctor Perry is exceptional. His staff is friendly professional and so accommodating. Great experience

He's the best of the best

I was very happy with the outcome of this procedure by Dr. J. Perry.

Dr. Perry and his PA Justine Filippeli were excellent. I felt extremely confident in the level of care provided by both.

Doctor explained options in detail. I learned a lot about my condition.

Dr. Perry is the absolute best! His PA, Justine, is excellent as well. Worth the 2 hour drive. I hope he never retires!

Dr Perry and staff are very courteous friendly and helpful.. Very efficient. I enjoy my visits to my appointments

My experience with Dr. Perry was absolutely one of my best medical experiences to date. I have other eye issues and was nervous about doing this procedure, even though I knew that I truly wanted to do this lid lift. He put me at ease because he had such a great "bedside" manner, explaining in great detail exactly how this surgery would take place and what would occur. He answered all my questions and assured me how "easy" it would be for me. I already have recommended him to a friend who wishes to do the same surgery. Dr. Perry is an excellent doctor who is part of your Cleveland Clinic family.

Dr. Perry and staff are very welcoming and professional.

And, I was referred to Dr. Perry by my sister.

DrPerry is the kindest, most intelligent , friendly physician I ever have in any field.

Dr. Perry is extremely professional and the best in field, I always like the results of my procedures and will recommend him to my friends and will come back.

Dr. Perry may be the kindest surgeon I have ever met. I worked as an Ombudsman at Cleveland Clinic for 15 years and his skill in communication is unmatched in my view.

The overall experience was excellent. The team around Dr. Perry is as skilled as he is in communication and kindness.

I had a very favorable impression of Dr. Perry. He was personable and very knowledgeable about how to address my surgical concerns. He spent an ample amount of time to answer the many questions that I had, and I felt I would be in good hands if he was my surgeon.

I had a good experience ! Dr Perry was professional and down to earth

Dr. Perry exceeds my expectations. He not only takes care of my current issue but also offers helpful info to prevent future ussues.

Dr. Perry is,always respectful and takes time to answer all my questions. He is sensitive to my comfort during procedure .

Dr. Perry is amazing. I hope he never retires. I have total trust and confidence in him and his staff.

Excellent service called for appointment , only if they could fit me in and they did dr perry and his office are the best