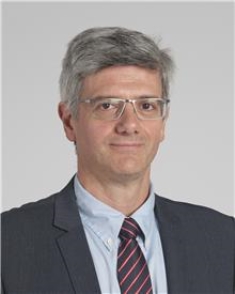 Bartolome Burguera M.D, Ph.D. is Chairman of Endocrinology and Metabolism Institute (EMI). He joined the Cleveland Clinic as staff physician and Director of Obesity programs in the Department of Endocrinology Metabolic Institute and the Bariatric Institute, on September of 2013. He is also Professor of Medicine in the Cleveland Clinic Lerner College of Medicine and has a joint appointment in the department of Cellular & Molecular Medicine.

He also serves as Executive Medical Director of the National Diabetes and Obesity Research Institute in Biloxi, Mississippi. A scientific and educational collaboration between the state of Mississippi, prominent medical and academic Mississippian institutions and the Cleveland clinic.

His clinical and academic interests are focused on the field of obesity, particularly the role of bariatric medicine and non-surgical weight-loss interventions to treat obesity and diabetes. He has also studied the prevention of childhood obesity. He has been very instrumental setting up a large interdisciplinary shared medical appointment obesity therapeutic program, which is being offered face-to-face as well as through virtual visits.

Dr. Burguera was at the forefront of research around medical treatment for obesity and the role of leptin in the regulation of appetite in the early 1990s. He collaborated in major international obesity prevention and therapy initiatives and helped develop obesity programs at various institutions, working as a fellow at Mayo Clinic, and as a staff consultant at Boston University, University of Pittsburgh and Son Dureta University Hospital in Spain. He had the opportunity of working at East Carolina University when the bypass surgery was being developed, as a potential treatment for obesity and diabetes. He was also responsible for setting up the clinical trial TRAMOMTANA which demonstrated the positive role of an intensive life style intervention and medications, as medical therapy of patients with severe obesity who are non-surgical candidates. He is also interested in obesity prevention in children. He was responsible for a program named ACTYBOSS, an Obesity prevention clinical trial, incentive-driven, after-school intervention program which involved free supervised exercise sessions and nutritional lectures.

He has served as a principal investigator, co-investigator on several federal and pharmaceutical funded projects, focusing on obesity therapy, both in the US and in Spain. He has published more than 100 articles and book chapters in the field of obesity and was the recipient of the 2018 “Novoa Santos Award,” one the most prestigious medical recognitions in Spain. He is currently the Principal Investigator of a large clinical trial evaluating the role of anti-obesity medication in the context of share medical appointments.Dr. Burguera is active in community affairs, and is participating in several life style intervention and obesity prevention initiatives both in adults and children (ACTiVHOS) in the Cleveland area.

In this role as EMI Chair, Dr. Burguera oversees more than 130 employees, including 42 staff endocrinologist, 5 endocrine surgeons and 20 nurse practitioners, located on the main campus and throughout the Cleveland Clinic Enterprise. The institute is dedicated to medical and surgical conditions of the endocrine system, including diabetes, thyroid, metabolism, pituitary, adrenal, and obesity. It integrates both the department of Endocrinology, Diabetes and Metabolism and the department of Endocrine Surgery. Cleveland Clinic’s diabetes and endocrinology services are ranked No. 4 in the nation by U.S. News & World Report.

Dr, Burguera earned his medical degree from the University of Santiago (Spain). He also holds a PhD evaluating the role of glucocorticoid on the neuro-regulation of growth hormone secretion. He later completed research fellowships at East Carolina University and the National Institutes of Health. In 1996, he completed his residency in Internal Medicine at Norwalk Hospital, Norwalk, Conn., and in 1999, he completed a fellowship in endocrinology at Mayo Clinic. 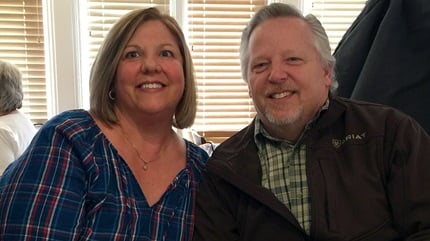 Consulting and/or Speaking. Dr. Burguera receives fees of $5,000 or more per year as a paid consultant, speaker or member of an advisory committee for the following companies:

I am giving the "ease of getting the care.." a good because my experience with my doctors and their offices outweigh the scheduling/communication issues. Without that, it would be poor.

Dr. Burguera is the best. He listens and cares and made me feel heard after 2 years of being dismissed by other doctors.

Dr. Buguera was amazing. I have never felt so cared about by a doctor. His combination of professionalism and kindness fostered an excellent doctor/patient relationship.

I have been looking a very long time for a doctor who attentively listened and respected my symptoms. This is exactly what I received at my appointment! I felt important and heard!

Dr. Burguera is a consummate medical professional who provided fantastic care. I'm fortunate that I was referred to him.

Best Dr. To treat diabetes, I have known

I am always happy with the care, kindness, and treatment plans provided by Dr. Burguera. His staff is also very kind and helpful with the virtual calls and scheduling, etc.

Provider visit took only 10 minutes. If that for this Appt. He Seemed to want to get through visit quickly. Did not feel engaged.

Dr Burguera is extremely kind and caring. He listens to me and we engage in complementary conversation. I highly recommend him to anyone.

He is an excellent physician.