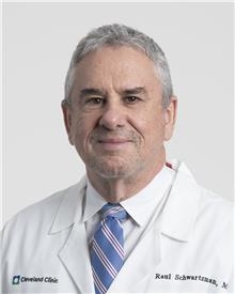 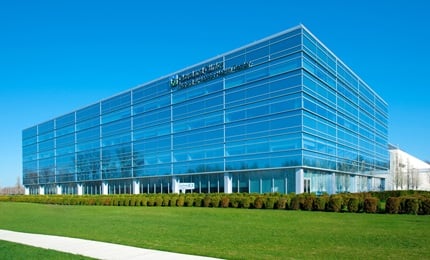 Raul Schwartzman, MD, is a cardiologist in the Robert and Suzanne Tomsich Department of Cardiovascular Medicine in the Sydell and Arnold Miller Family Heart, Vascular & Thoracic Institute. He practices at Fairview Hospital, Cleveland, Ohio, and the Richard E. Jacobs Health Center, Avon, Ohio. Dr. Schwartzman is board certified in internal medicine, cardiology, nuclear cardiology and echocardiography.

After earning that distinction, Dr. Schwartzman continued his training as a postdoctoral research fellow in cardiological sciences, St. George’s Hospital Medical School, London, U.K. He returned to Buenos Aires to accept a position as head of the Coronary Care Unit at Sanatorio Güemes. During this period he also was a fellow and lecturer in evidence-based cardiology with the Grupo de Estudio, Docencia e Investigación Clínica and the Argentine Medical Association.

Dr. Schwartzman first came to Cleveland Clinic as a postdoctoral research fellow in molecular cardiology with the Lerner Research Institute, receiving a Cleveland Clinic Award of Excellence at the conclusion of his training. He subsequently completed a three-year internal medicine residency at St. Vincent Charity Hospital, Cleveland, Ohio, as chief resident in his final year. He continued his specialty training as a fellow in cardiovascular medicine at New York Methodist Hospital where he was recognized for excellence in teaching as a fellow and an attending physician. He was named to the Methodist Hospital attending staff in 2009, the position he held immediately prior to his appointment to the Cleveland Clinic medical staff in 2013.

He has been a frequent speaker at the Argentine Society of Cardiology and has authored or co-authored more than two dozen scientific papers in leading medical journals and medical textbook chapters. Dr. Schwartzman is a member of the American Society of Echocardiography.

He is fluent in Spanish, English, Portuguese and Italian.

Very nice dr.took his time to answer an explain in detail everything, an he answered every question I had. Would not hesitate to recommend him to anyone.

Dr. Schwartzman is a kind, straightforward, knowledgeable & respectful physician. I can always rely on his honesty & care for my well-being. His humor is delightful when he slips it in our conversation as Dr.& patient. His persona is series although kind in a protective way. Excellent cardiologist! I feel safe with Dr. Schwartzman administering to my cardiological and good health needs.

The doctor was awesome, listened to me, informative, kind.

Doc swarsman didn't have much time said he was behind

Dr Swartzman is The Best . He likes his patients and always answers my questions and concerns

Dr Schwartzman has always been kind and concerned. I value his knowledge and realize that getting the correct dosage of medicine for older people can be difficult. I trust him completely.

The provider was very professional and answered all my question to my satisfaction.

Dr listened and answered all my questions

Dr. Schwartzman and his staff were extremely helpful with assisting me in setting up and attending the video conference

Dr. Schwartzman is very personable, friendly and professional. I am lucky to have him as my cardiologist

I enjoyed the video conferencing, but still prefer the personal visit with the doctor

Dr Swartzman is a great "down to earth" person whom is easy to discuss things with and he takes the time to listen and give honest feedback!

Excellent first time visit with the doctor. He talked with me, not with my daughter.

Dr Schwartzman is wonderful! Always on top of things and takes great care of my mom.

Wonderful Doctor and takes the time to explain the disease thoroughly. Very reassuring and warm.

The Doc is awesome, he is always willing to spend as much time with his patients as they need.

Dr. Schwartzman is an excellent physician.

Dr Raul is very knowledgeable and personable. I would recommend him.

Dr. Schwarzman was so kind, answered my questions, took time to talk to me.He eased my mind

I would DEFINITELY recommend Dr.Schwartzman, he was GREAT

My appointment with my doctor was phenomenal he was sensitive he was present and he was very informational. Great job

I liked the doctor because he did not rush through My appointment he was very present caring and he was a great listener and that is very important to me and he had all those qualities so yes my experience was very good and he had a great humor.