Toddler Thrives with Help of Infant Feeding and Nutrition Clinic 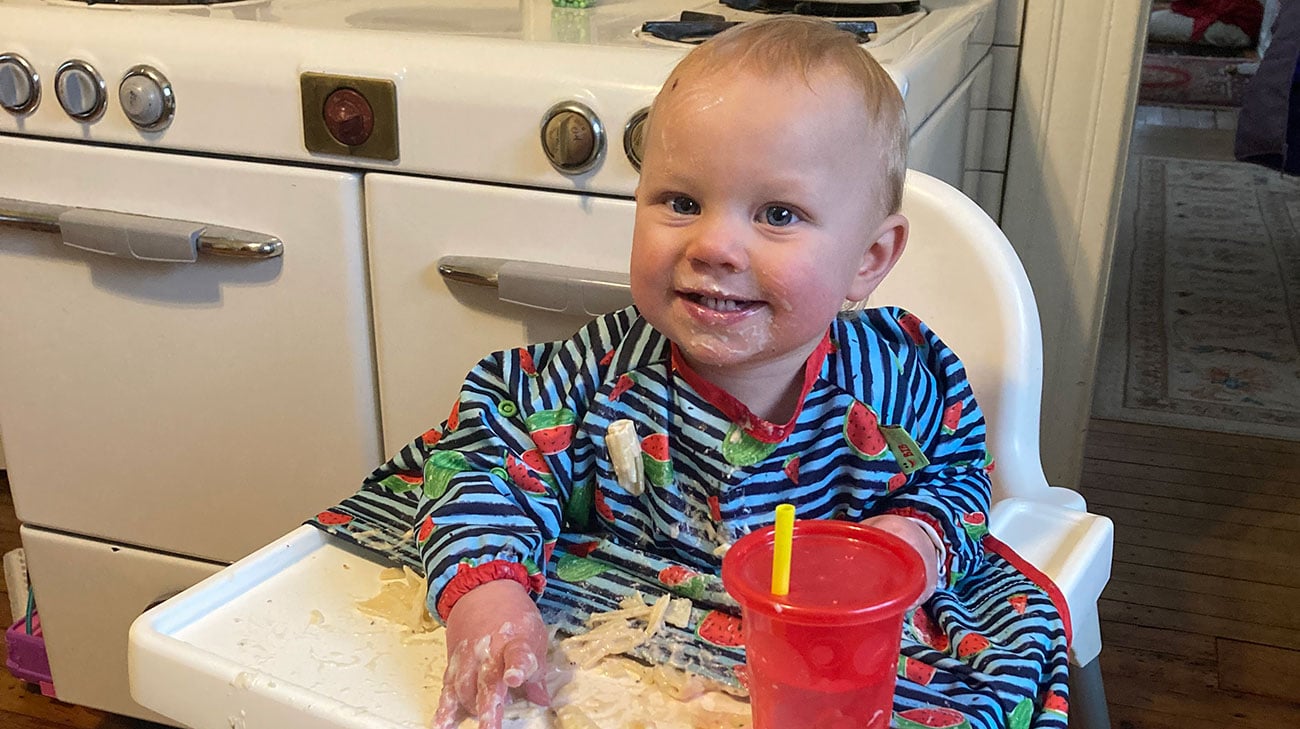 June Peters was born in Youngstown, Ohio, on Sept. 11, 2020, the day after her parents’ sixth wedding anniversary and a month earlier than expected. Immediately following her emergency delivery, June was diagnosed with hypoplastic left heart syndrome, a rare disorder in which the left side of the heart is underdeveloped and has difficulty pumping. Her parents, Tara and Todd Peters, who already had two healthy children, were stunned. “When the doctors came in to tell us, I wondered if they were in the right room.” Tara says.

An ambulance took June to Cleveland Clinic Children’s, where she had successful open heart surgery. She recovered from the operation but struggled with feeding, which affected her ability to thrive. When June was 4 months old, the Peters were referred to Cleveland Clinic Children’s Infant Feeding and Nutrition Clinic at Children’s Hospital for Rehabilitation. The specialized outpatient clinic sees patients from birth to 18 months old who are having difficulty with bottle, breast, or spoon feeding. Each patient is cared for by a team including a developmental pediatrician, a registered dietitian, and an occupational or speech therapist. This team partners with parents or caregivers to address all aspects of a patient’s feeding and related medical concerns. 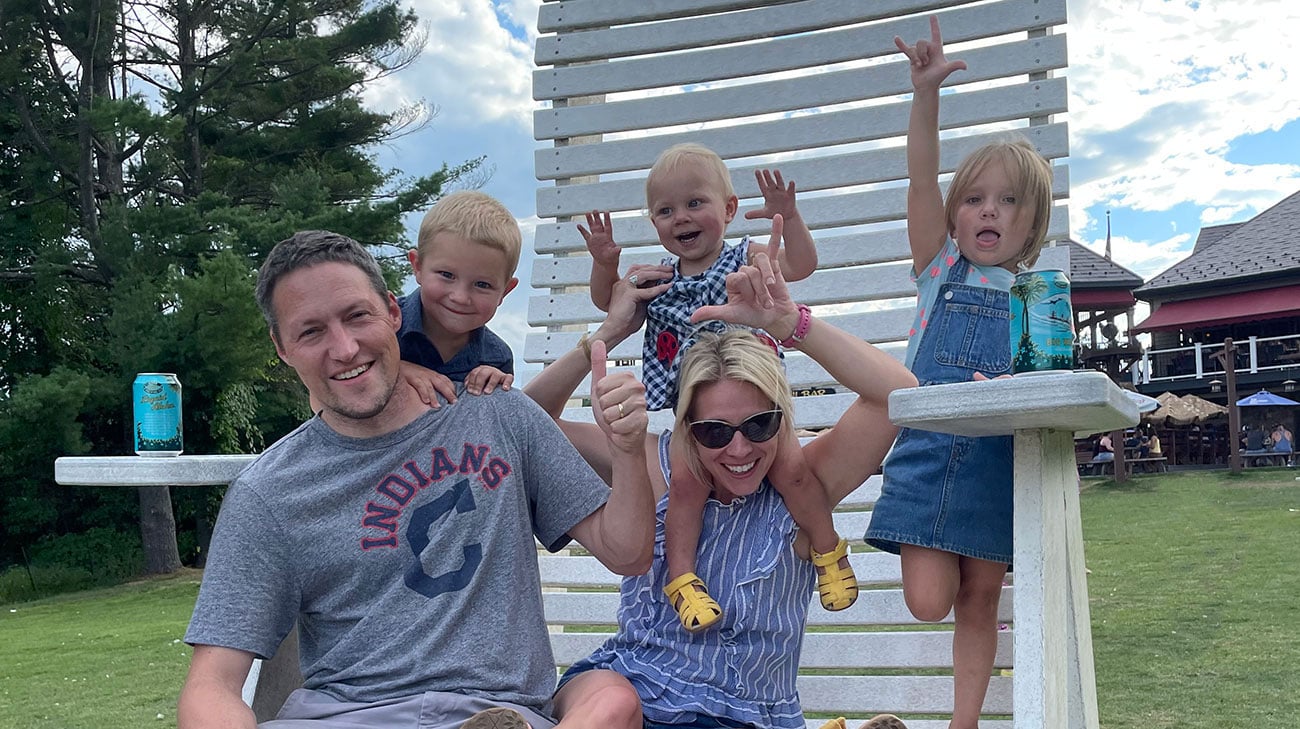 Todd and Tara Peters enjoy a summer day with their children - John, June and Jennifer. (Courtesy of the Peters Family).

When June entered the program, she was using a nasogastric (NG) tube for feeding. Sometimes, she ripped it out and her parents had to reinsert it, which was painful for her and stressful for her parents. At her first appointment with Dr. Wong in January 2021, June was underweight and below the normal growth curve. The next month, she had her second open heart surgery. “She continued needing NG tube feeds until she was 8 months old,” Dr. Wong says. “She wasn’t taking much from the bottle and was ripping out the tube so often that it caused setbacks.”

To address this problem, Dr. Wong and the team advised the Peters that June would do much better if she had surgery to place a gastrostomy tube (G-tube) internally. It would free her from the nasal tube and ensure that she was well-nourished. Tara says she hesitated to have June undergo another surgery, but she ultimately agreed and was glad she did. This solution proved to be an excellent bridge to oral feeding, she says, and in a short time, June learned to drink from a cup.

“By October 2021, her mom announced that June hadn’t used the G-tube for two weeks because she was drinking everything from her bear cup,” Dr. Wong says. “I was so excited that I videotaped her as she held it and drank the entire volume.”

The bear cup was a device suggested by Terri, who works with parents to find the best feeding positions, bottles, nipples, cups and other aids that can encourage better eating and greater enjoyment. Simultaneously, Chris Bowen seeks out the most nutritious formulas and foods for the patient. “I am always making sure that patients are growing appropriately.” she says.

When June moved from the bottle to the squeezable honey bear cup, she liked it so much that one of her first words was “bear.” 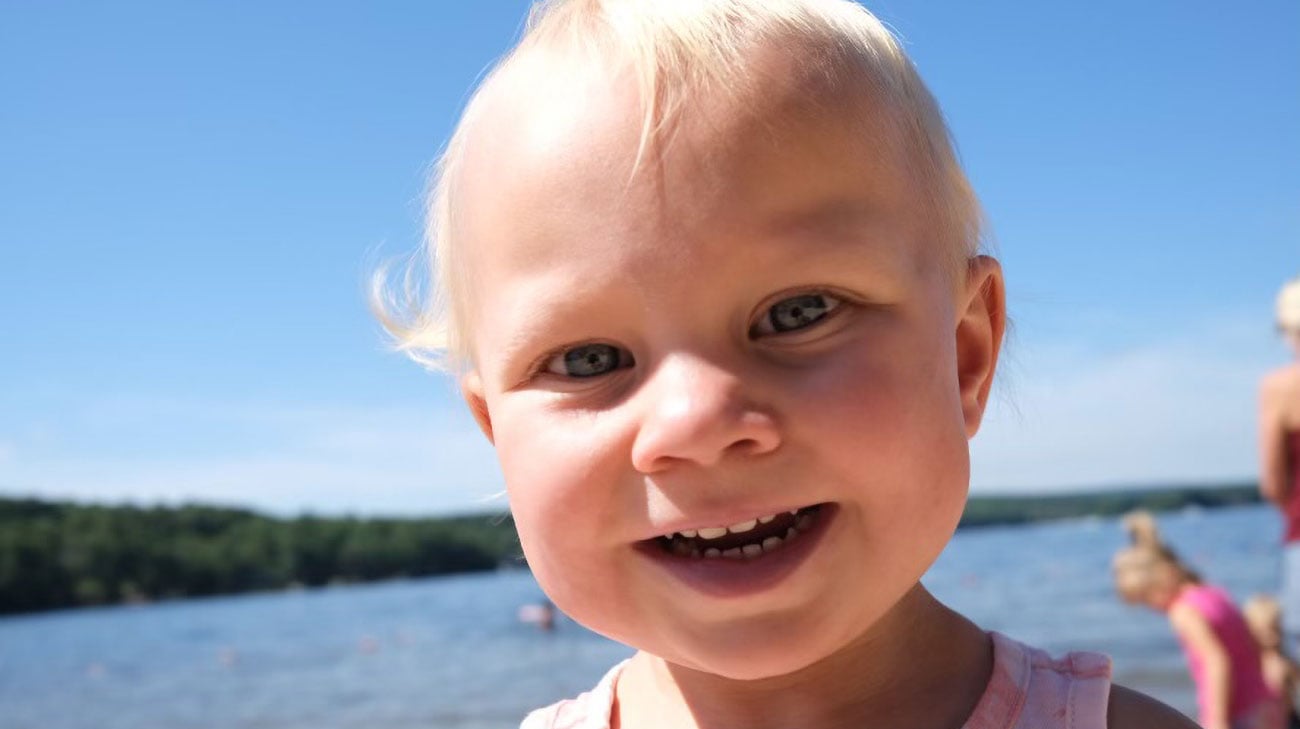 With a radiant smile on her face, June is happier and healthier since her first visit at Cleveland Clinic Children's. (Courtesy of the Peters family).

“The beauty of this team is that it’s always three of us, not necessarily the same three people, but three people with different clinical skills,” Dr. Wong says. “In June’s case, there was a suggestion from me, such as on treating her reflux, and also from the nutritionist on what formula to use, and from the therapist on what brand of bottle to use. In addition, the mom can call our team or send notes through MyChart. Communication within the team and with the parents helps the child to feed and grow.”

Chris and Terri agree. “All three of us are in the room at the same time with the family, and we all have questions within our scope of practice,” Chris says. “We all hear the answers for everybody else’s questions, and that can trigger us to ask additional questions. We watch the baby eat, and we sort out our home-going recommendations.”

“We are a one-stop shop for feeding issues.” Terri adds.

June is now 2 years old, growing steadily and doing well. Her parents are grateful to the team.

“We love them,” Tara says. “I never felt rushed in an appointment, and they gave us great tips and tricks to encourage June to eat. I looked forward to sitting down with the team and discussing her progress. The past two years have been a whirlwind, but she eats normally now. This morning, she had pancakes with syrup and butter. She loves eggs and macaroni and cheese. She eats like we eat. June’s story is so special.”