Joe Santoro, 57, had been dealing with mitral valve disease for almost a decade when his cardiologist told him the new symptoms he had were caused by an additional heart condition – atrial fibrillation. His doctor advised him to undergo a procedure to treat the valve disease. Joe, a first-grade teacher and musician, decided to get a second opinion. He chose Cleveland Clinic Florida, where he met with Jose L. Navia, MD, Director of the Cleveland Clinic Florida Heart, Vascular and Thoracic Institute and Minimally Invasive Valve Program.

“After seeing Dr. Navia, I knew there were more options,” Joe says.

He chose a robotically-assisted approach to his mitral valve repair surgery because it was less invasive than traditional open-heart surgery and he would heal faster.

During the robotically-assisted procedure, the surgeon sits at a console in the operating room. The console provides a high-definition, 10x magnified view of the patient’s valve. From the console, the surgeon directs robotic arms to move surgical instruments through a small incision. The surgical instruments are sized to allow for more precise movements. The patient benefits from less trauma to the chest, which allows for a better, faster healing process.

“A robotically-assisted approach for valve repair surgery is the ultimate new use for technology,” Dr. Navia says. “This approach provides the patient with a better option to have a durable repair or replacement of the valve.” 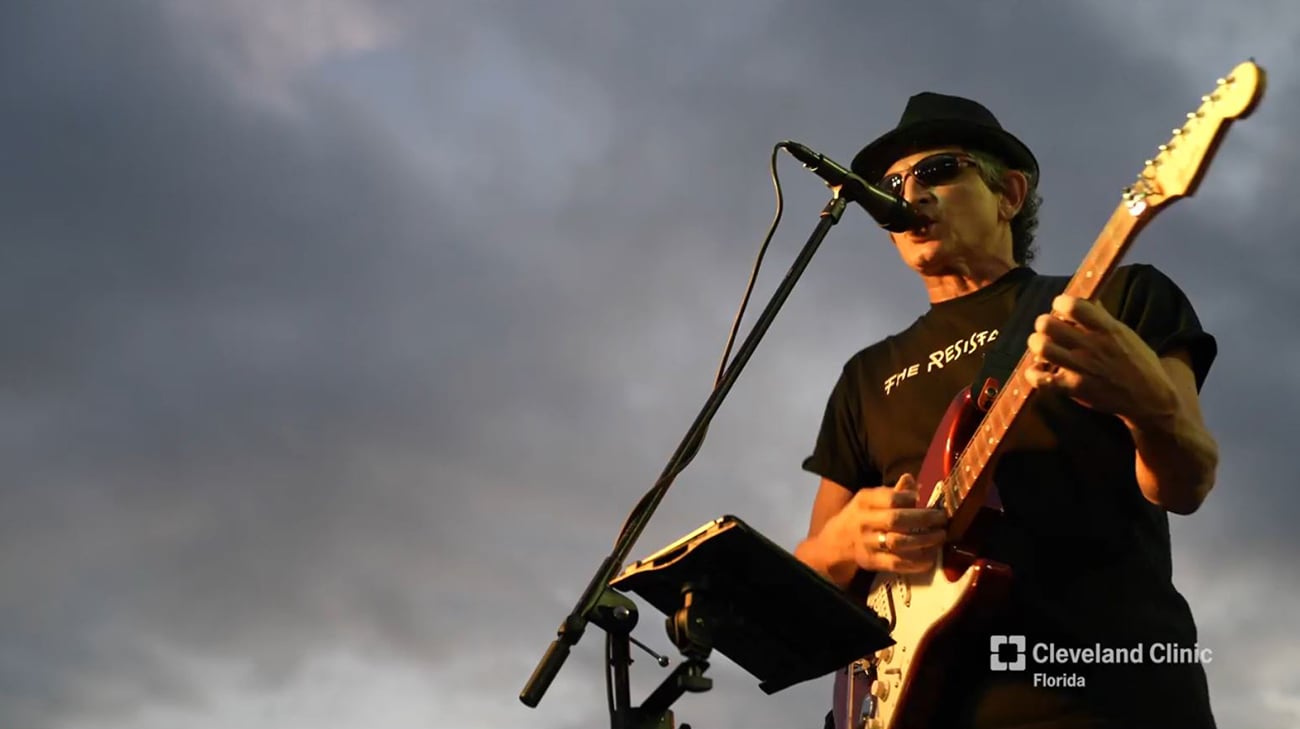 Three weeks after Joe’s robotically-assisted valve repair surgery he was back to normal activities. His band played a gig – and he played right along with them.

“I was jumping around, playing guitar and singing. I felt perfectly fine. It was amazing,” he says. Thanks to this new approach to valve repair, Joe was able to get back to doing the things he loved faster than if he had undergone a more traditional heart surgery.