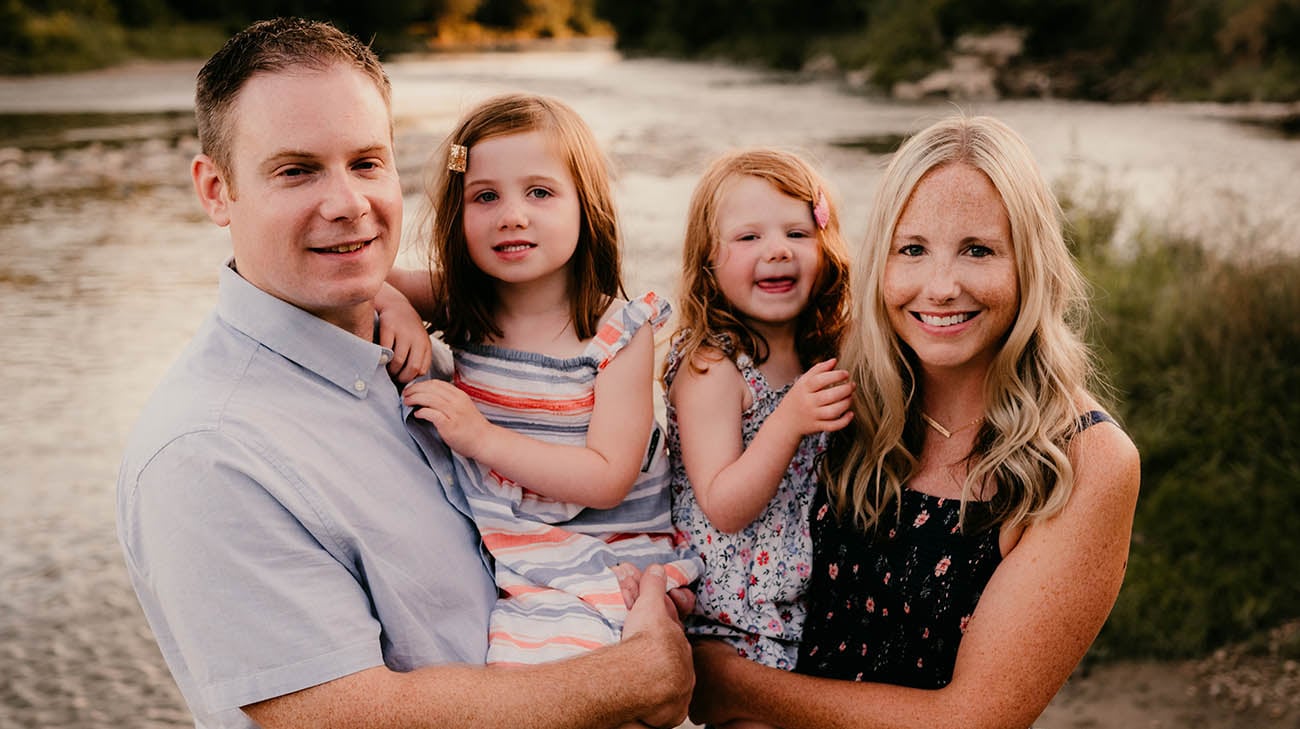 Every time she left her doctor’s office after a routine checkup, Melissa Albin always had a laundry list of follow-up items to attend to – including getting a full-body skin exam.

Fair-skinned and freckled, Melissa, 36, knew she was at risk for skin cancer. However, as a busy school teacher with a young daughter who had just been diagnosed with Type 1 diabetes, she already had a full plate of responsibilities. “I brushed it off as just one more thing to do, and I just didn’t have the time,” Melissa recalls. “I’ll do it later, another time.”

In July 2021, Melissa finally took action. While at a park with her daughter, in Chagrin Falls, Ohio, Melissa – wearing a tank top with her uncovered arms resting on a stroller – noticed a woman nearby staring at her. Finally, the woman approached and made a startling comment.

“She said, ‘I’m sorry if this seems weird, but I’m a dermatologist and I’ve been looking at the mole on the back of your arm. It really alarms me. I think you really need to have it checked out.’” 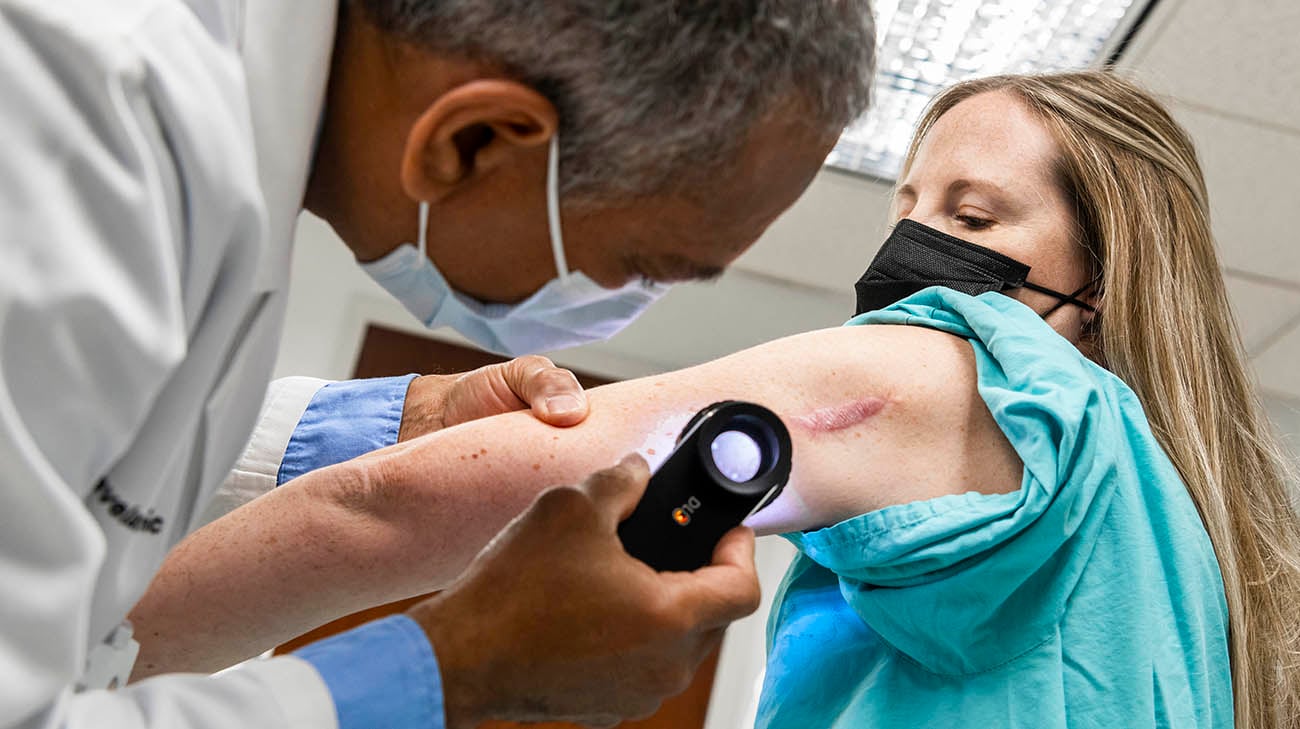 Melissa's scar is from the procedures she underwent where doctors removed her cancerous mole and surrounding tissue. (Courtesy: Cleveland Clinic)

That comment from a stranger prompted Melissa to schedule an appointment with Philip Bernard, MD, a board-certified dermatology-trained family physician at Cleveland Clinic’s Solon Family Health Center. Concerned by its size and color, he removed the brown mole, located on the back of Melissa’s upper left triceps, and had it sent to a laboratory for analysis.

When the results came back they verified the stranger’s initial concerns: Melissa had stage 1 melanoma, a serious form of skin cancer. According to Dr. Bernard, Melissa’s actions in getting it examined may have saved her life.

“The depth of the mole was less than a millimeter,” he explains. “If she had waited until it had grown larger than a millimeter, her survival chances would have been significantly less. It was very important she took care of it when she did.”

Melissa was shocked by the diagnosis, but relieved the cancer had been caught in its early stages. “I was shocked. I thought it was just another mole,” she says. “It reminded me you need to take time (to care) for yourself. Because if I didn’t, it could have impacted all of the things I care about – my family and my work.” 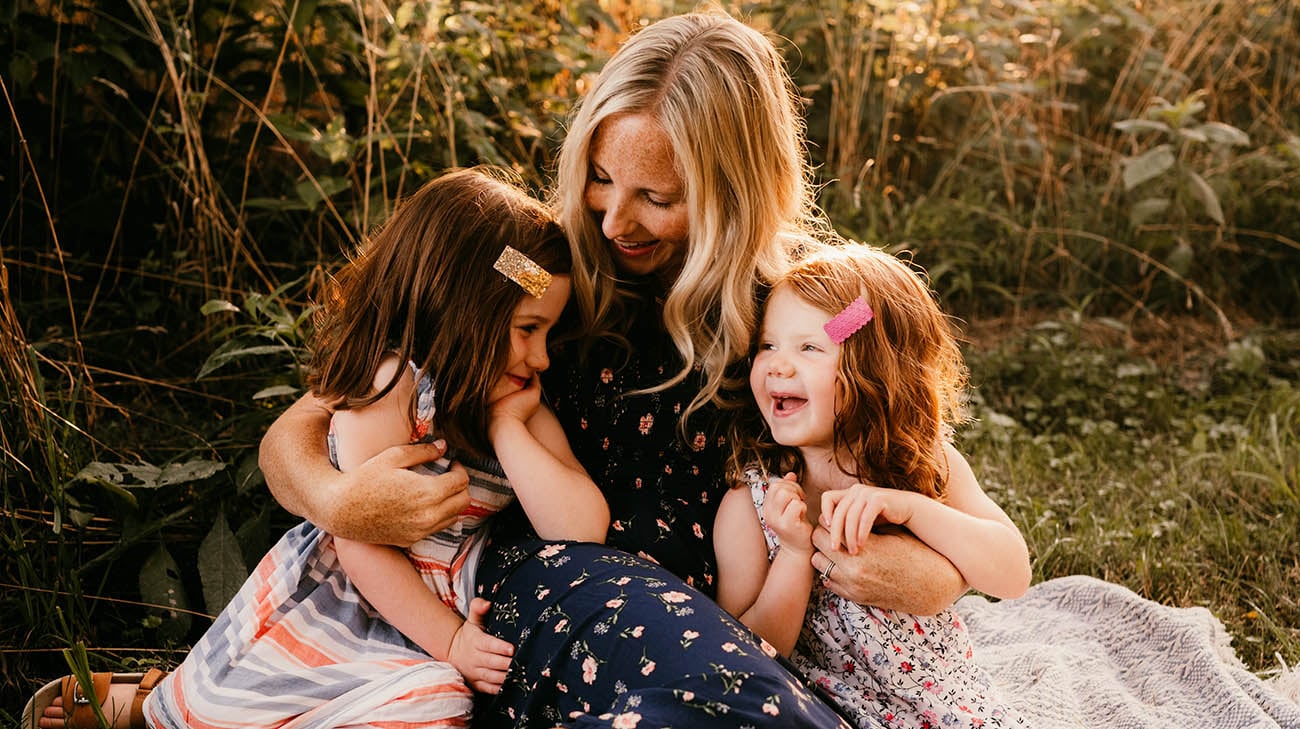 Although Dr. Bernard had already removed the mole, he was concerned the cancer could have spread. He referred Melissa to Brian Gastman, MD, a plastic surgeon and otolaryngologist who specializes in soft tissue malignancies, such as melanoma.

A few weeks later, Dr. Gastman performed an outpatient surgical procedure known as a wide local excision to remove tissue from the area surrounding where the cancerous mole had been.

The surgery was a success. There is currently no evidence the cancer has spread or returned. Melissa must complete full-body dermatology scans quarterly for the next year.

She doesn’t hesitate to show her substantial scar to others, hoping it will encourage them to be aware of the risks of skin cancer for people of any skin color and to get regular checkups with a dermatologist. 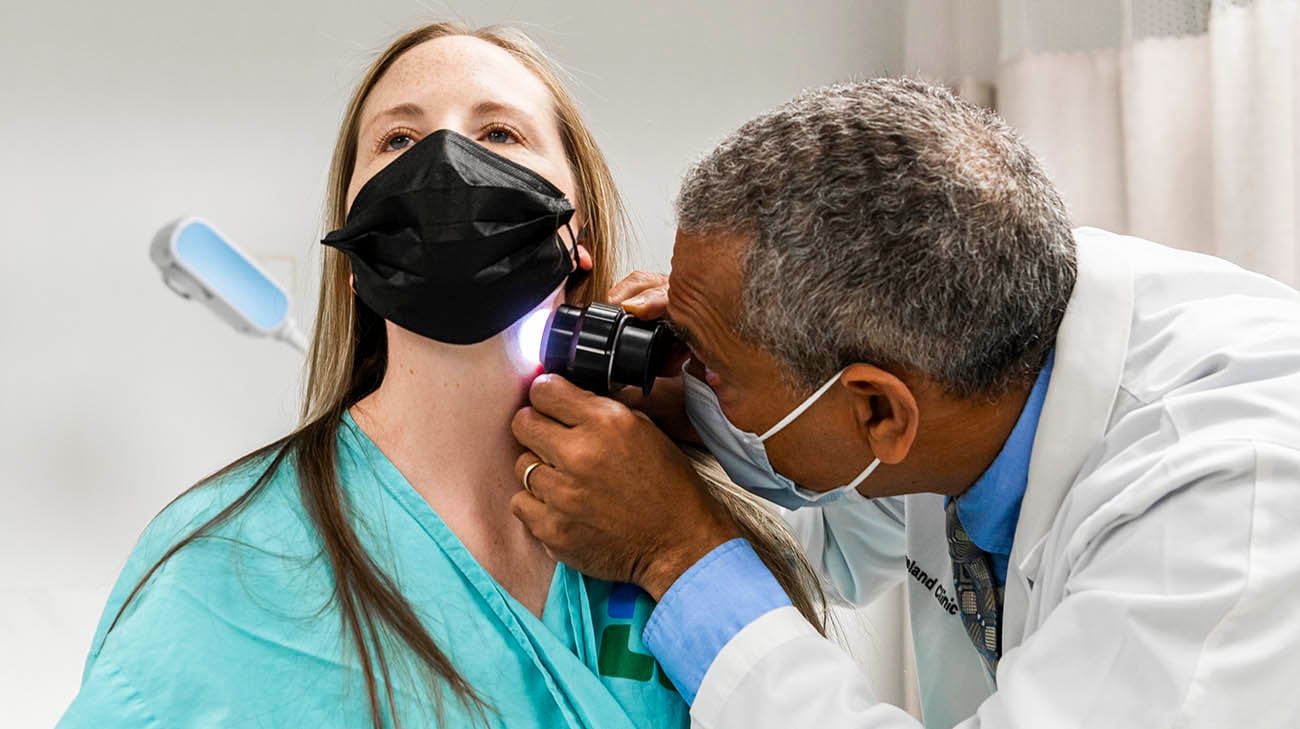 “The scar is pretty big but I’m not ashamed of it. I feel that’s my way of being able to get the word out there to go get checked,” she emphasizes. “I’m so glad (the stranger) spoke her mind. She probably saved my life.”

Dr. Bernard agrees people should take steps to care for their skin, just as they would for any other aspect of their physical health. That’s especially true for people who spend a lot of time in the sun, or who have a personal or family history of skin cancer.

“Everyone needs to get seen regularly, and follow their doctor’s recommendations for treatment, if needed,” he says. “As Melissa proves, if we can catch it early, it makes all the difference.”