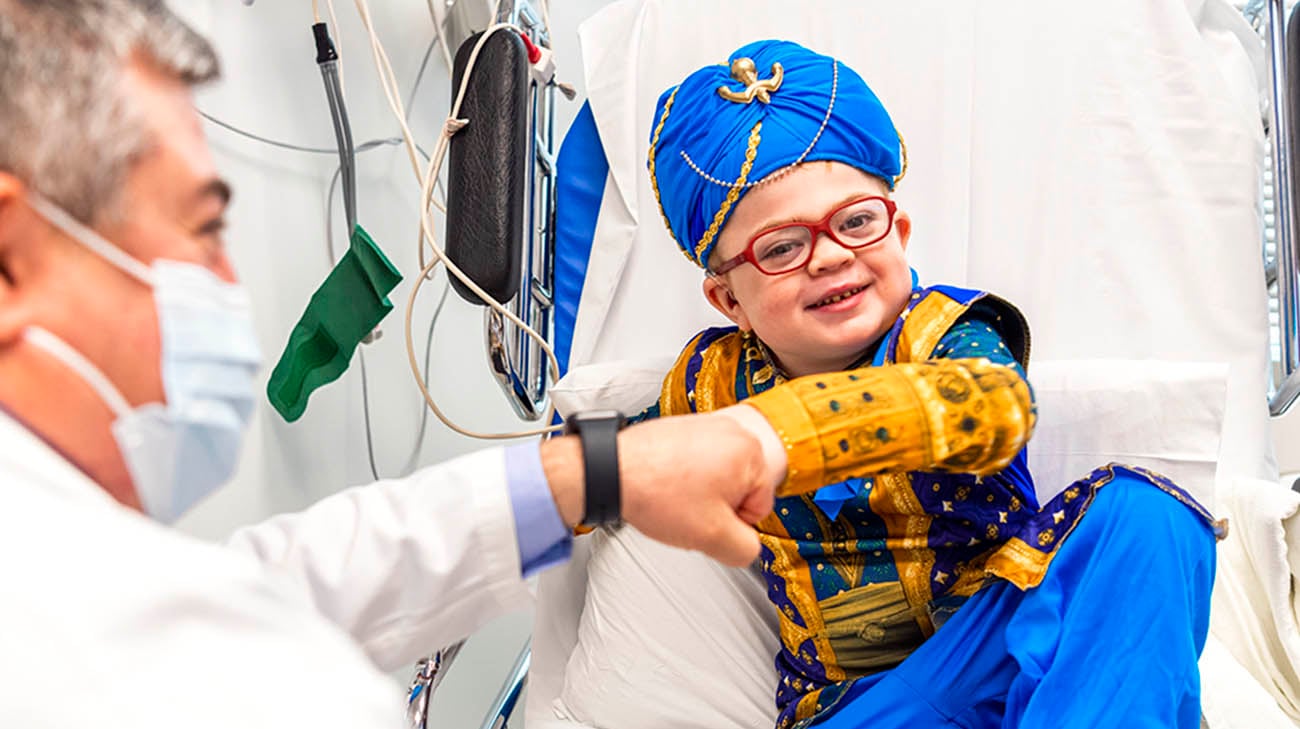 Every month, 6-year-old Hendrix Mascara marches into Cleveland Clinic Children’s, and for a few hours, the staff find themselves under the spell of a special kid whose mom, Kailey, calls “a little spitfire.”

Most of the time, Hendrix is dressed from head to toe in a superhero costume, an appropriate get-up for a boy who is trying mightily to live with – and even overcome – the effects of a rare, and often debilitating and progressive disease called Hunter syndrome. 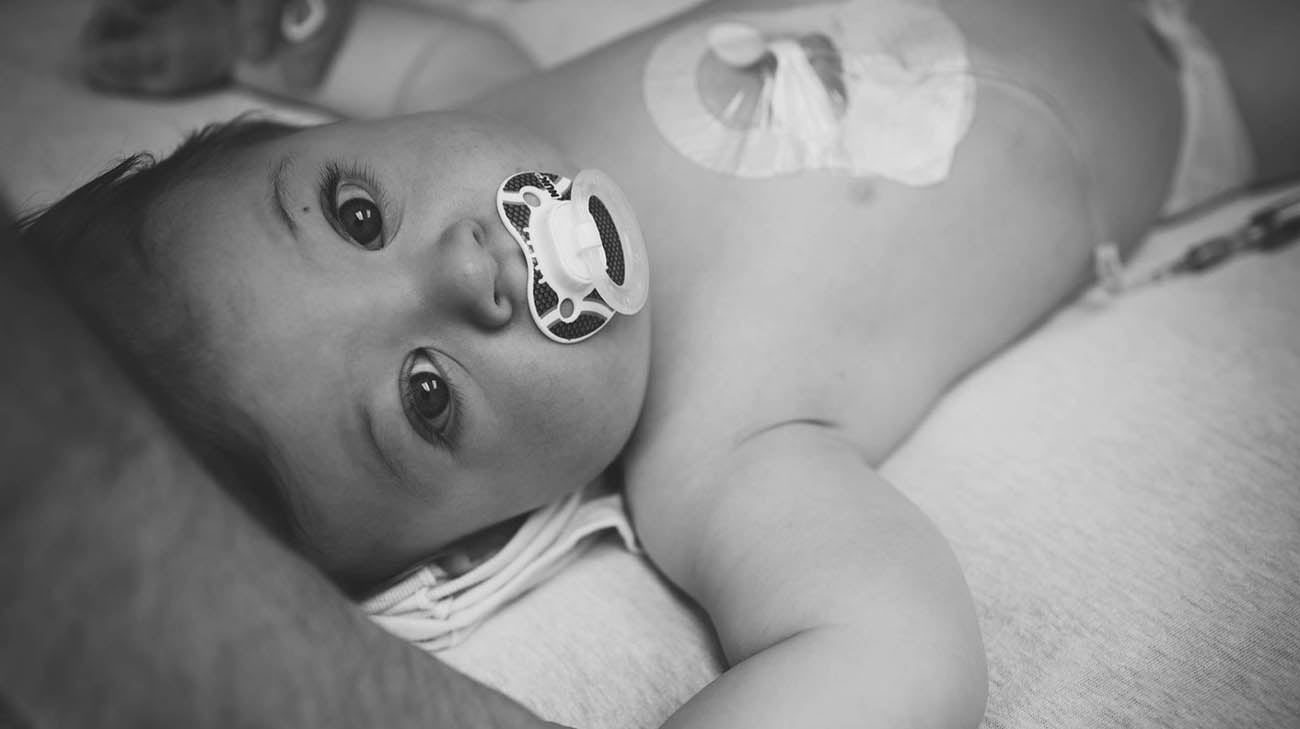 “Two years ago, Hendrix would cry non-stop when he was here. Now, he is laughing and giving high-fives to everyone,” says pediatric hematologist-oncologist Rabi Hanna, MD, who oversees his treatment. “Hendrix now knows the routine so well he will tell us what to do. It is really quite impressive to see.”

Three months after birth, Hendrix was diagnosed with Hunter syndrome, a rare genetic disorder that primarily affects boys. Caused by a defect in a chromosome, the disease – also known as mucopolysaccharidosis type II (MPS II) -- makes it more difficult for the body to breakdown and process sugar molecules. The resultant buildup can severely damage tissues and organs, affecting physical and mental development. 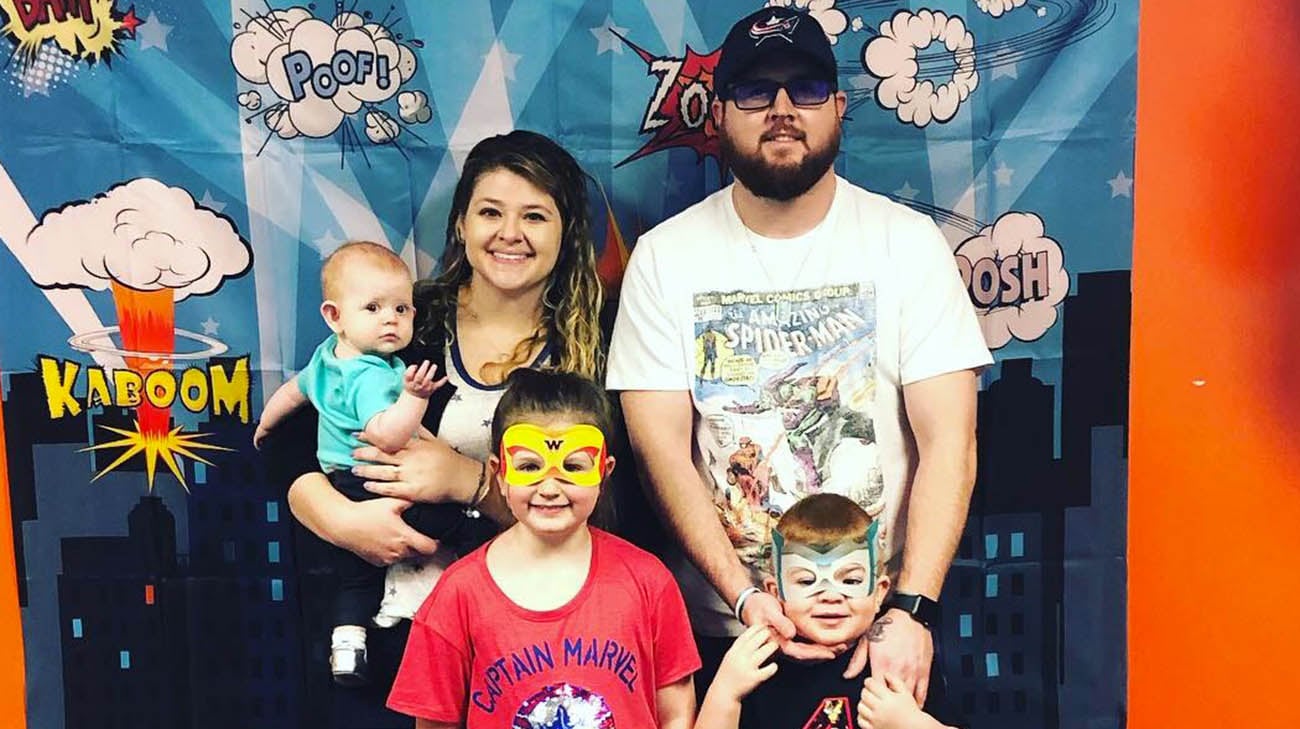 In Hendrix’s case, the disease has affected his physical appearance, functionality in his limbs and organs and his cognitive development. As Kailey describes it, “He definitely has a different body type. Hendrix has a larger head, his joints and hips are stiff and his fingers curl up. He has some hearing loss and wears hearings aids, but he is learning and developing. Nothing stops him.”

For years, first at a hospital in Chicago and more recently at Cleveland Clinic Children’s, Hendrix has participated in a clinical trial for an experimental form of treatment to ward off some of the effects of Hunter syndrome. Cleveland Clinic Children's is closer to home for Hendrix and his family. It's the only hospital in Ohio participating in the trial. Once a month, Hendrix receives a form of enzyme replacement therapy, an infusion of a drug directly into his spinal fluid through a special port in his back.

“Our goal is to prevent further damage and allow these patients to develop further, physically and cognitively,” explains Dr. Hanna. “If the damage is stopped, you can hopefully allow them to benefit from physical, speech and occupational therapy, so they can be more functional.”

Kailey and her husband, William, say they see substantial progress in Hendrix. “We don’t know what Hendrix would be like had he not gotten this treatment, but he is progressing and learning and hasn’t lost any skills, which is a real plus.” 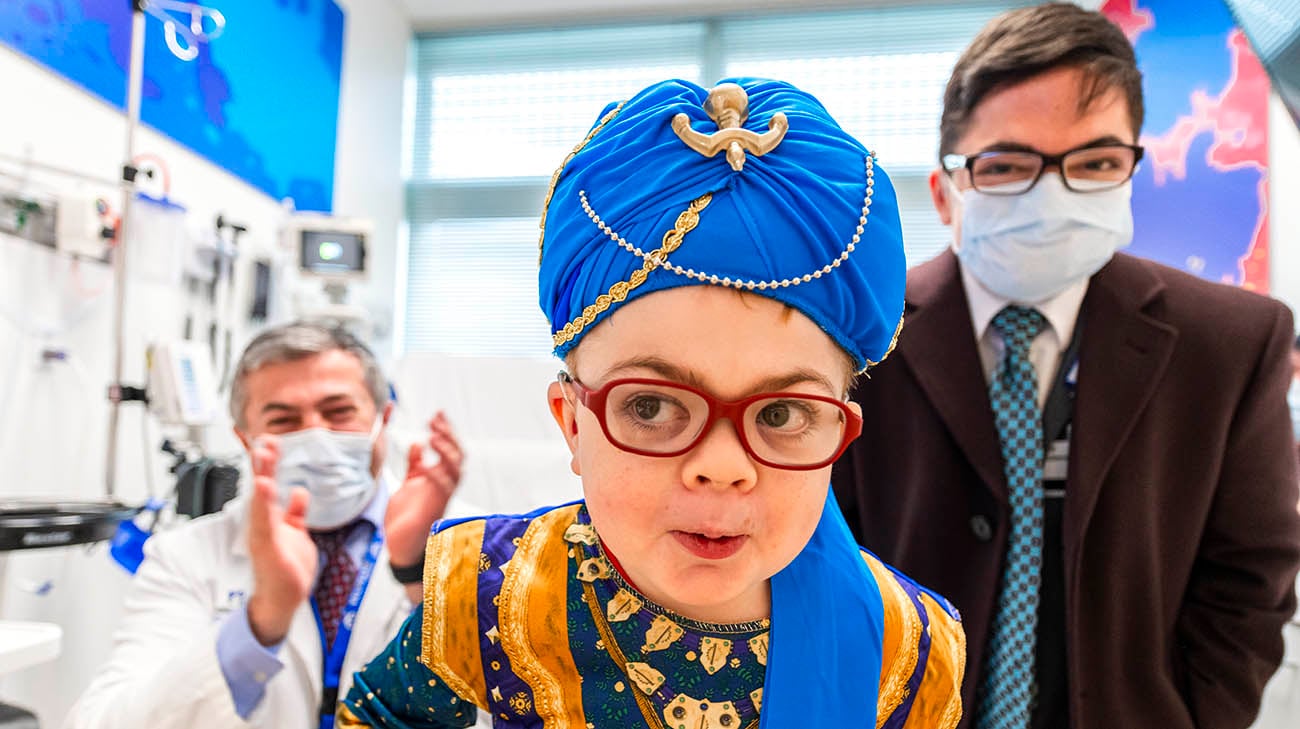 Often, for his infusion sessions, Hendrix dresses from head to toe in a superhero costume, bringing smiles to everyone he meets. (Courtesy: Cleveland Clinic)

Hendrix is doing well in school. He’s in kindergarten, and his sunny disposition is noticed and appreciated by his teachers and classmates. “He is definitely ‘Mr. Personality,’” Kailey adds. “Hendrix is so outgoing and loves to talk to everybody. His teacher said he’s the only kid who ever asks: ‘How are you doing? How is your day?’ He’s just very sweet.”

While his infusion treatments appear to be working, Hendrix gets an added treat during his monthly infusions. Whenever he is there, he gets a visit from Kyle Underwood, who is completing a hospital administration fellowship at Cleveland Clinic. Kyle has a milder form of Hunter syndrome but also undergoes regular infusions. Getting to know an adult who is thriving despite the effects of the disease is inspiring for Hendrix and his parents. 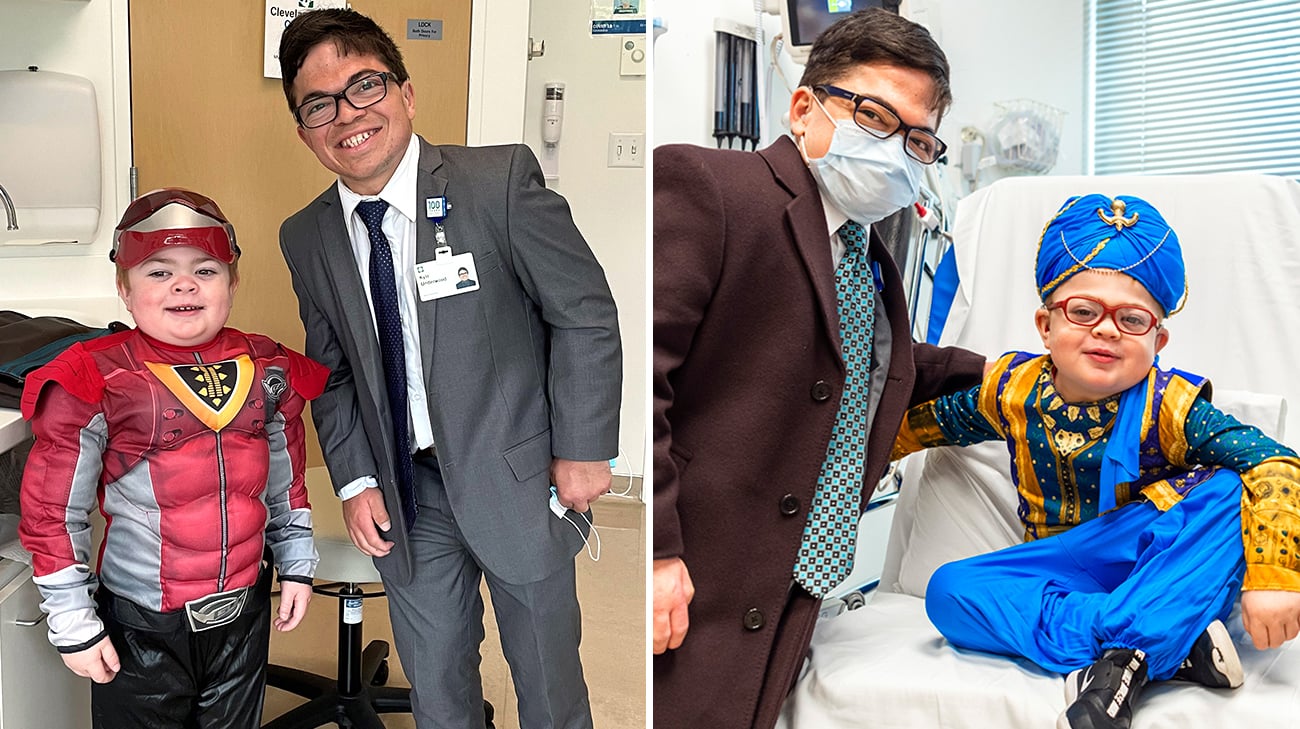 “Hendrix just adores him and thinks he’s cool and funny,” notes Kailey. “It’s great for Hendrix to talk to someone who has a port and gets infusions, just like he does. Kyle helps us, too. One of the things he said was, ‘Don’t limit Hendrix. Don’t treat him like he’s different. Let him do what he wants to do.’”

While patients with more severe forms of Hunter syndrome have a limited life expectancy, Kailey is hopeful that with a boost from his treatments Hendrix will live a long and productive life. “Sometimes it can be hard to look into the future when the future isn’t always great for Hunter syndrome patients. I just hope he continues to keep learning and never starts losing his skills. And I hope that he stays happy and is never in pain, and keeps finding the joy in life.”