Blood pressure? Normal. Cholesterol level? Excellent. Weight? Healthy. Don Kosec was in great shape and doing everything right, exercising regularly, and as he describes it, “never having a care in the world about my heart.”

So, why did the then 53-year-old suddenly require quintuple bypass surgery at Cleveland Clinic Akron General in 2017 to treat blockages in all of the major arteries connecting to his heart?

That’s what he sought to discover when he met with Leslie Cho, MD, who specializes in preventive and interventional cardiology with Cleveland Clinic’s Department of Cardiovascular Medicine . Following a battery of tests, Dr. Cho found the answer: a genetic disorder that causes elevated levels of a cholesterol-carrying blood particle called Lipoprotein(a), or Lp(a). It affects about 20% of the U.S. population, per the National Lipid Association.

According to Dr. Cho, individuals with high levels of Lp(a) are at much greater risk for cardiovascular disease or stroke . “High levels of Lp(a) cannot be modified by diet and exercise. That’s why Don, despite being the picture of health, developed a serious heart condition,” she explains. “A normal level of Lp(a) in the blood is (measured on a scale at) less than 30mg/dL. His level was four or five times higher than that.”

Currently, there is no FDA-approved medication to treat high levels of Lp(a). Fortunately for Don and the estimated 64 million others born with this genetic condition, several drug trials are underway that may lead to an 80 to 90% reduction in Lp(a) levels. They work via a process called gene silencing. 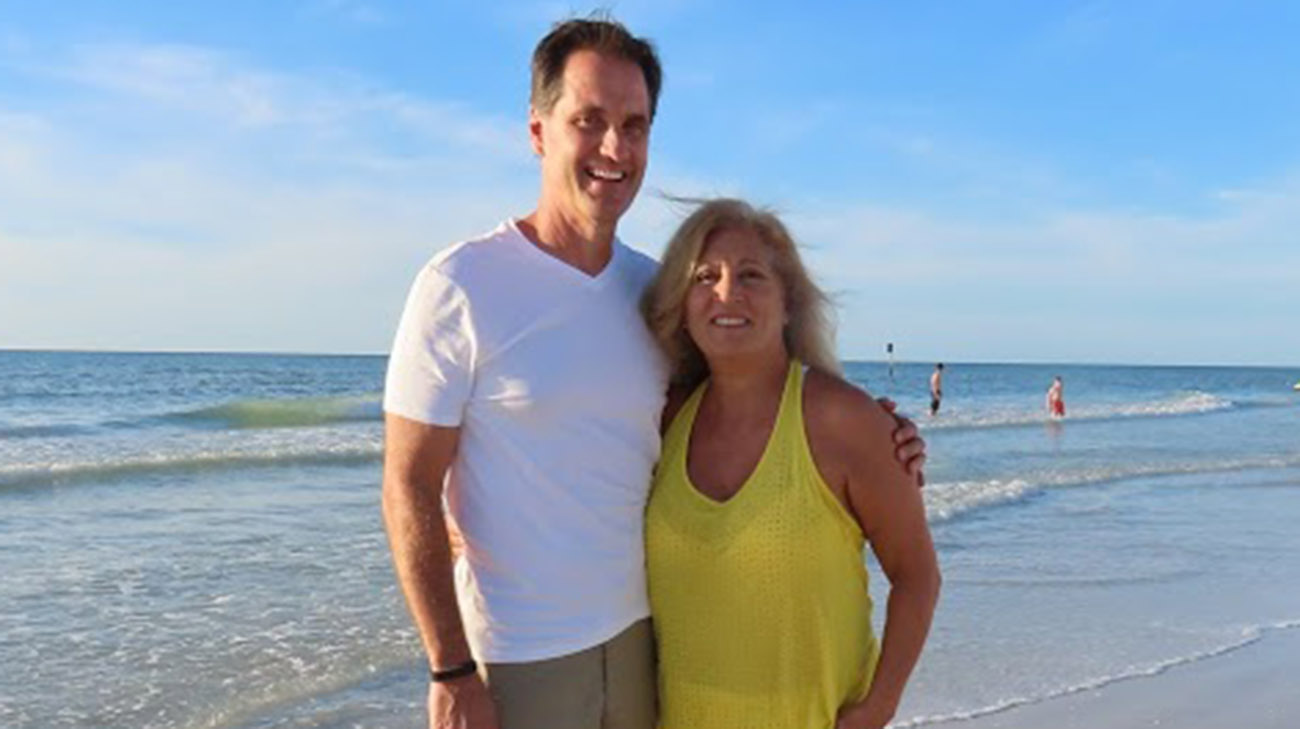 Don with his wife, Deb. Don felt he was healthy and in great shape until he suddenly needed quintuple bypass surgery. (Courtesy: Don Kosec)

In essence, the medications – which are created using RNA therapeutics, an emerging form of technology used to develop COVID-19 vaccines – identify and “turn off” the gene that causes high Lp(a). Don was eligible to participate in one of the drug trials that are underway to test the efficacy of several gene silencing medications.

“For a year, I went in for a monthly checkup and a quarterly injection of the drug, and everything went smoothly,” says Don, who is now 58 and has retired from his job. “I’m hoping, of course, there is some medical benefit for me. But I’m also hoping that my involvement helps the millions of others impacted by this.”

While preliminary results of all trials have been promising, high levels of Lp(a) often go undetected because many in the medical community, as well as the general public, are not commonly aware of its dangers. Indeed, according to a 2022 Cleveland Clinic survey , one-third (33%) of Americans said they have never had their Lp(a) checked and one-quarter (25%) reported they have never heard of Lp(a) until asked in the survey.

Don is raising awareness in his own family of the condition. His children have now been tested for Lp(a), as have some of his four brothers and several nephews. Fortunately, none have shown to have high levels of Lp(a), although two recorded borderline levels that warrant regular monitoring.

Dr. Cho, who is a key investigator in one of the trials , encourages everyone with a family history of heart attack or stroke, or who have personally had a heart attack or other form of cardiovascular disease, to undergo the simple blood test that measures Lp(a) levels.

“If we can get more of the right patients screened – those with high risk factors – we hopefully will be able to reduce the number of people who suffer from premature coronary artery disease, like Don,” adds Dr. Cho. “And their children and siblings should absolutely get tested, too.”

As for Don, he hasn’t had any recurrence of symptoms since undergoing the quintuple bypass, and is eagerly awaiting Phase 3 of his drug trial. “By knowing what happened to me and understanding what caused my condition, I’ve felt more comfortable about my future. And the drugs (being tested) definitely give me hope that I’ll get another 30 years out of my heart.”