Four days before her scheduled wedding, as she was preparing to go to work on September 28, 2021, Kimberly Woods got a phone call she wasn’t expecting. A donor heart was available, and it was a perfect match for her.

“I had only been on the transplant list for about a month, and they told me it could be years before I’d get a heart. I hadn’t even read the pamphlet (on the heart transplant process) yet!” recalls Kimberly, 21, of Goshen, Indiana. “It came as quite a shock.” 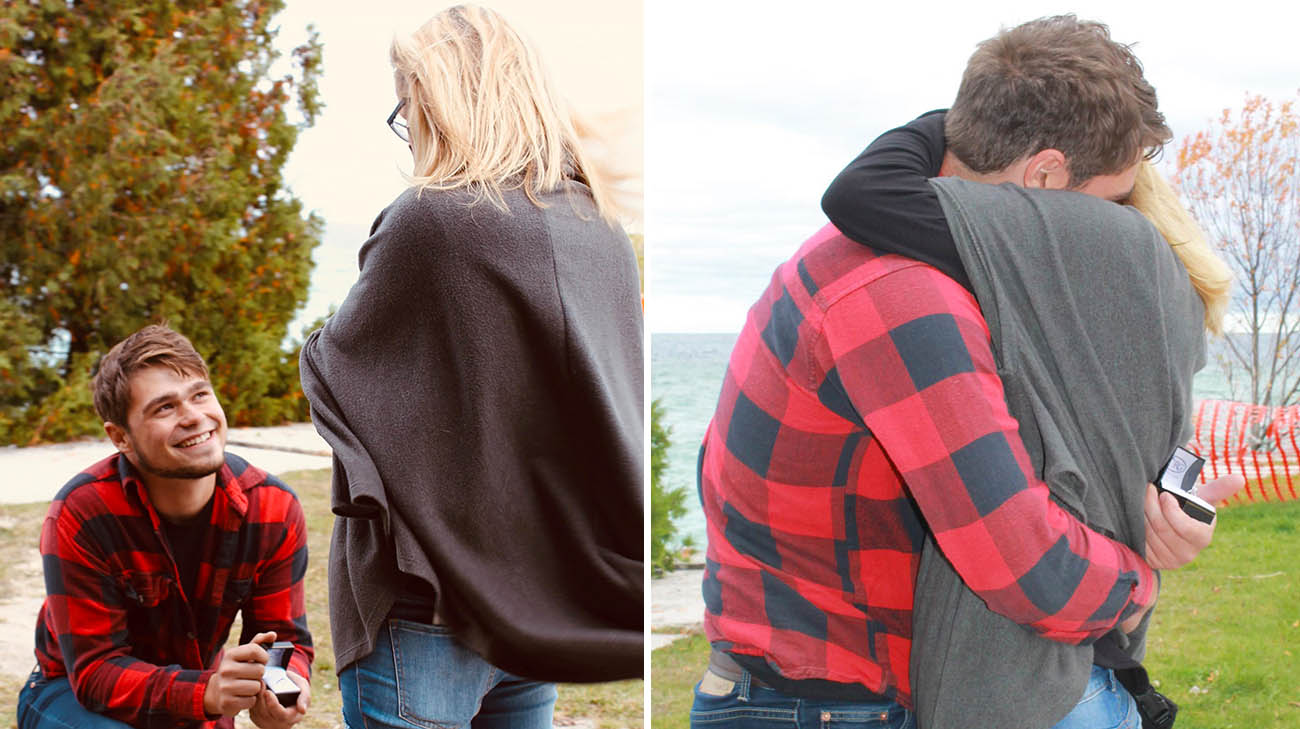 Tony and Kimberly had been planning their wedding when Kimberly received the phone call saying there was a perfect donor match for a heart. (Courtesy: Grace Yoder)

That’s how J. Emanuel Finet, MD, her cardiologist at Cleveland Clinic, remembers it, too. Dr. Finet was surprised to learn her wedding was just a few days away.

“It was quite an emotional roller coaster for her,” says Dr. Finet, who is also the cardiologist for Kimberly’s mother, Alicia Blosser. Alicia received a heart transplant two years ago for the same condition, hypertrophic cardiomyopathy (HCM). It’s a genetic heart disease that affects the heart muscle, causing it to abnormally thicken and stiffen, limiting blood flow. “We never imagined she was going to get a heart so quickly, but she was in the right place at the right time.”

Unsure of what to do at first, Kimberly quickly gathered her parents and her then- fiancé (now husband), Tony Woods, for a phone call and prayer, before committing to accept the heart. 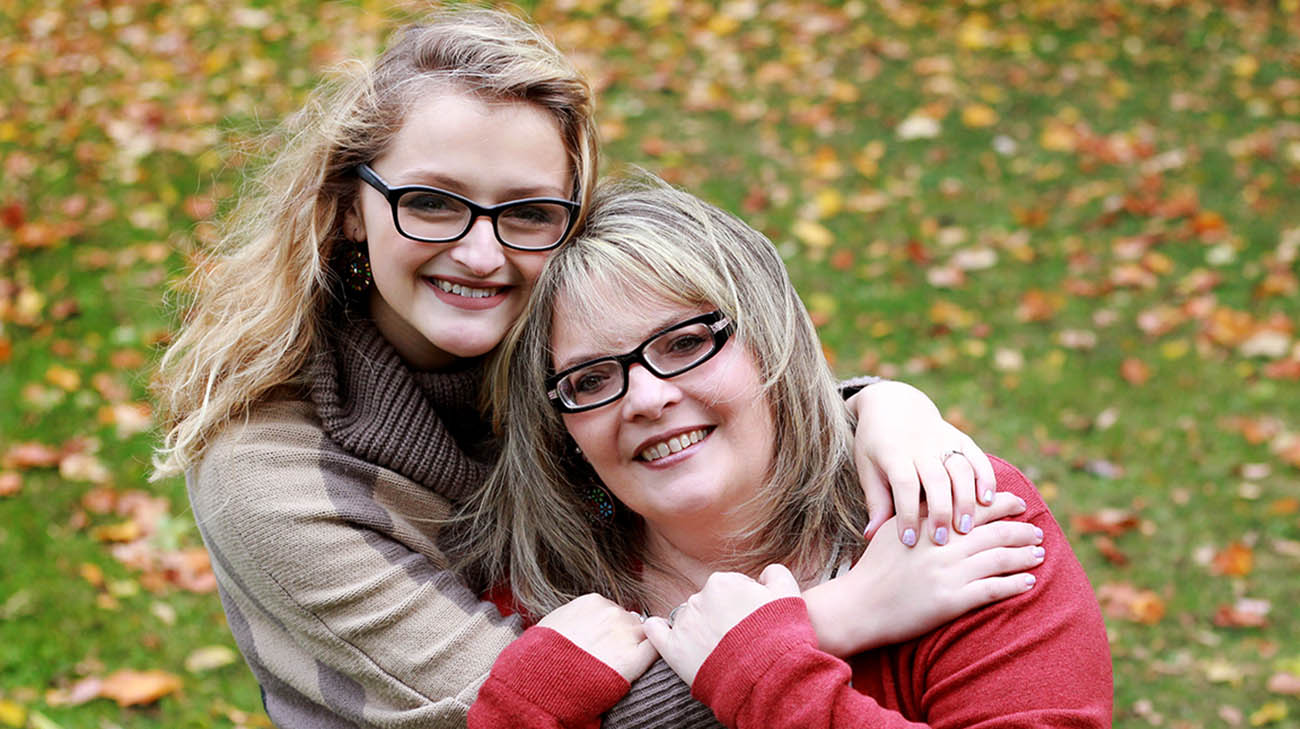 Before embarking on the 4.5-hour drive to Cleveland, she and Tony decided they wanted to get married.

“We had planned our wedding for a year, and we knew it wasn’t going to happen the way we had planned,” explains Kimberly. “But we didn’t want to wait until after the transplant to do it.”

With their families’ help, Kimberly and Tony arranged a meet-me-in-an-hour wedding at Grace Community Church, the site of their planned nuptials. With their senior pastor officiating for Kimberly’s uncle, who lives in Pennsylvania and would have married them on the scheduled day, and with their parents, relatives and friends in attendance, the couple exchanged vows. Kimberly wore the dress she had intended for their rehearsal dinner, as she plans to wear her wedding dress whenever they hold a rescheduled reception. After 10 minutes of hugs and prayers with family and friends, they hopped in the car and began the long drive to Cleveland.

“Everything was so rushed, it felt like a blur,” says Kimberly, “But we were able to be in the moment. It wasn’t our dream wedding, but it still was perfect.”

On the ride to Cleveland, Kimberly had time to reflect on her whirlwind year. Diagnosed with HCM at an early age, as was her younger brother, Mason, Kimberly was severely impacted by the disease. She rarely exercised or exerted herself as a child, and that condition only worsened in her teenage years.

“I always had to just take it easy, but when I was 18, it felt worse. Something wasn’t completely right, and it felt like my heart was beating a little bit weaker. I would get more tired and my heart was racing and skipping beats. I was always out of breath and couldn’t keep up with friends.”

Since Kimberly and her brother were diagnosed at an early age with HCM, they were aware of the potential severity of the disease and how it affected their mother. Fortunately, heart transplantation has been life-saving for Kimberly and Alicia. However, a Cleveland Clinic survey found among those who have lost a family member to heart disease before the age of 60, 40% have never been screened for the condition. Among Millennials, it jumps to 54%. While genetics can influence heart disease, so do controllable factors including stress, obesity and high-blood pressure. When managed in advance, there may be steps individuals can take to lower their risk of developing the disease. 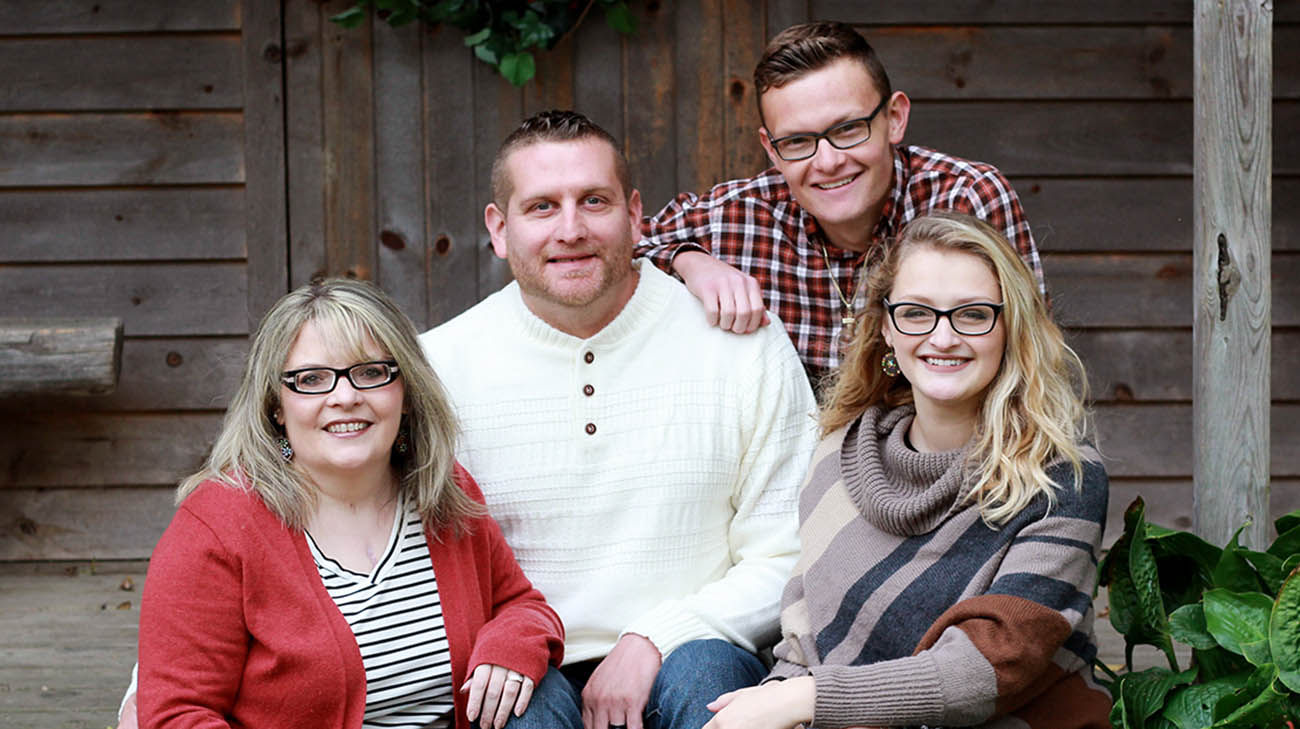 HCM is a genetic condition that runs in Kimberly's family. Her mother and brother also have the disease. (Courtesy: Rachelle Hartman)

A little over a year ago, Kimberly’s local physicians recommended she get an implantable cardioverter defibrillator (ICD), an electronic device that constantly monitors the heart rhythm and sends energy to the heart muscle if a fast, abnormal rhythm is detected. Worried about the procedure, Kimberly decided to get a second opinion at Cleveland Clinic, where her mother received her heart transplant.

Dr. Finet and cardiologist Mohamed Kanj, MD, also recommended the ICD be implanted. Kimberly underwent the procedure, but a few months later, her heart continued to have additional rhythm problems. Doctors discovered she had pulmonary hypertension as a result of her HCM. Her progressive exercise limitation led to the consideration of heart transplantation. According to Dr. Finet, Kimberly had end-stage HCM and would likely not live for more than a few years.

As Tony and Kimberly drove through Cleveland, she began to get nervous about the transplant. They arrived at about 10 p.m. The procedure, performed by cardiac surgeon Michael Zhen-Yu Tong, MD, began a few hours later. It would last about six hours. “Transplantation is truly a gift,” says Dr. Tong. “Being able to help Kimberly and deliver on her successful outcome, is what draws all of us to heart transplantation. We can make an immediate and dramatic impact on a patient’s life that not only addresses their symptoms but contributes to their long-term survival.”

Kimberly spent a few days in the ICU and about two weeks in the hospital. Early on, she began to understand just what she had been missing over the years with a damaged heart.

“When I was able to get out of the hospital bed, they had me walk around the eighth floor unit. If you do 17 laps, it’s a mile,” she recalls. “After a few days, I could do that without stopping and taking deep breaths. That’s when it really hit me, I have a new heart and my life will be different.” Kimberly and Tony hope to go on a honeymoon sometime in the future. Kimberly says she now feels no limitations around what she's capable of doing. (Courtesy: Lael Nafziger Photography)

Back home in Indiana, Kimberly is continuing cardiac rehabilitation. With Tony’s help she’s able to walk and exercise for the first time in her life. They still plan to have a wedding reception sometime this year, and will likely reschedule their planned honeymoon in Florida. Kimberly hopes to return to the workforce in a few months, perhaps as a teacher’s aide.

“It’s given me a new chance to live a normal life, and I’m incredibly grateful for that,” says Kimberly. “Things I couldn’t do before like exercise, bike or hike, I can do now. I look at life differently. For me, there are no limits.”