Going to a Cleveland Clinic location?
We will not be scheduling non-urgent inpatient surgeries at many Ohio hospitals through Jan. 3, 2022
New visitation guidelines
Masks required for patients and visitors (even if you're vaccinated) 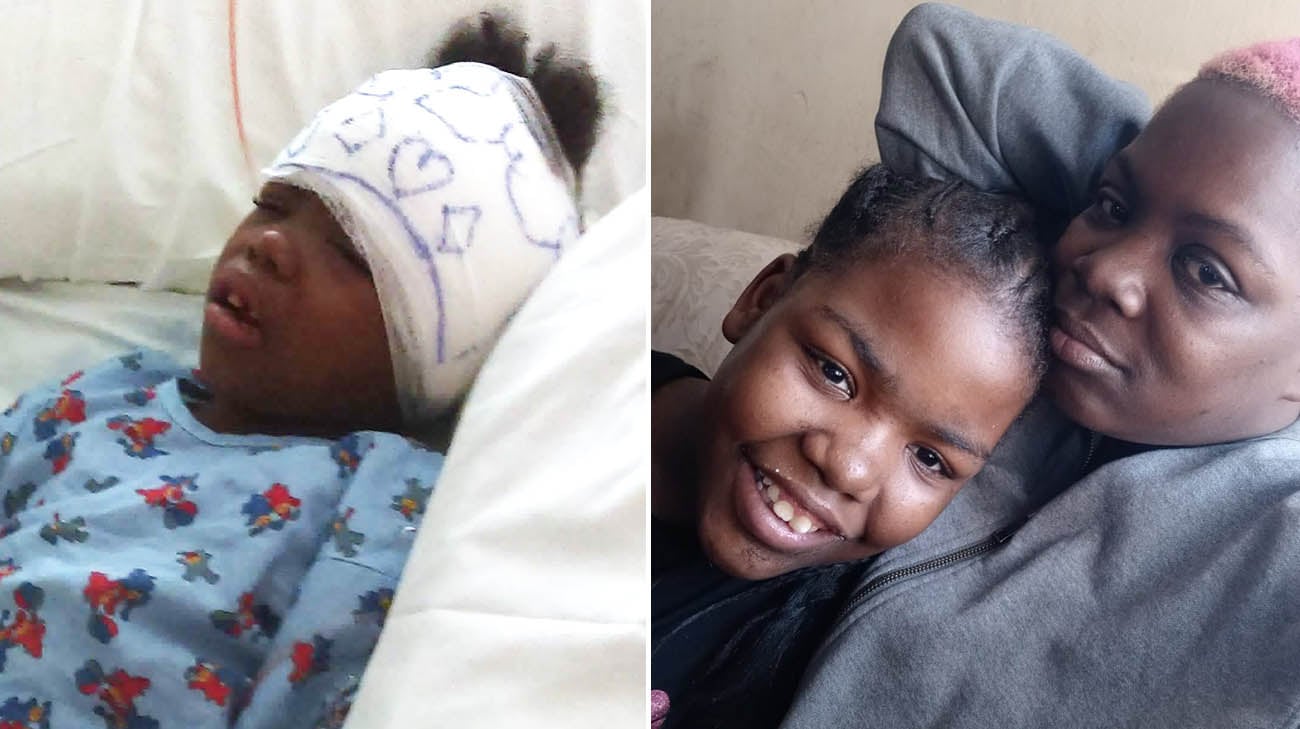 Five years after her eldest daughter, Aanyah, passed away at age 5 due to complications from a pre- birth brain injury, Uniqueka Henderson feared a similar outcome for her youngest daughter.

Days after suffering a stroke, a known complication of severe sickle cell disease, Avyn Henderson was being treated at Cleveland Clinic Children’s as doctors assessed the extent of the damage to her brain and vascular system. When she awakened from an induced coma, she couldn’t move the right side of her body.

“It was very traumatizing,” says Uniqueka. “I was scared and worried that I was about to lose another daughter, but Avyn’s a fighter.” 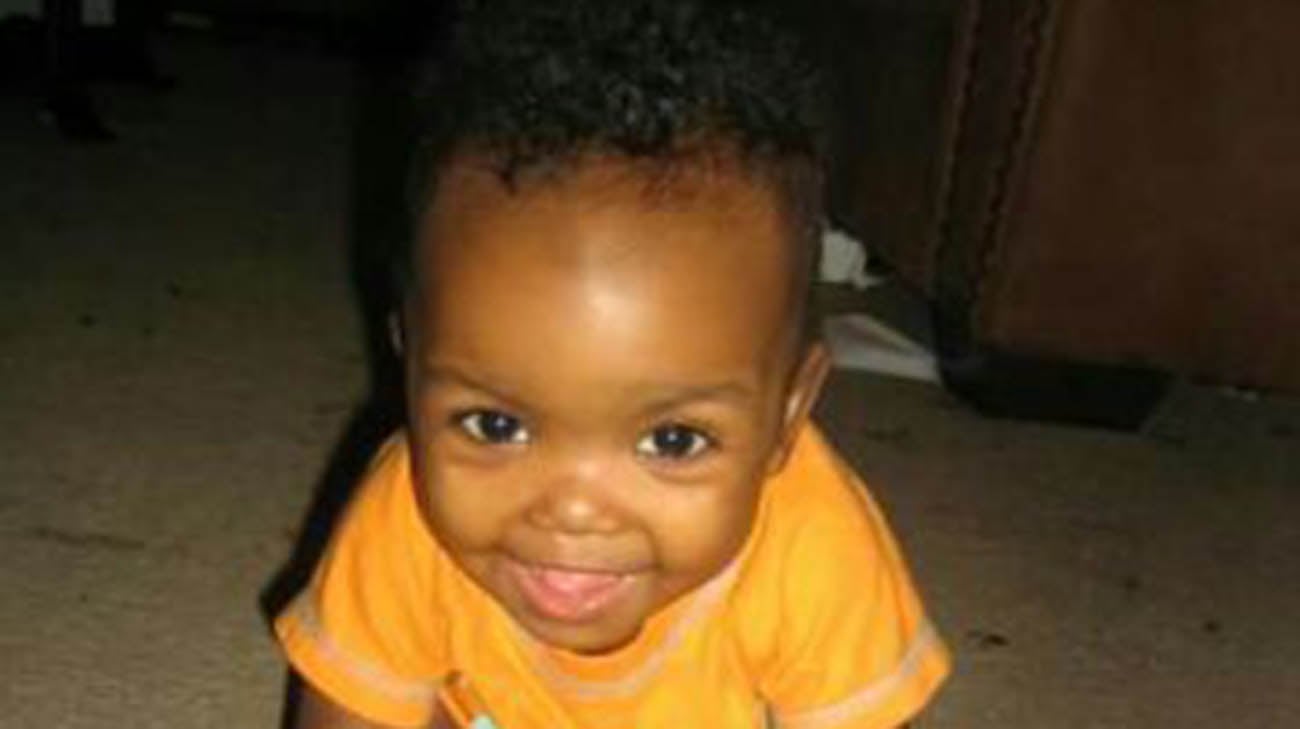 Avyn was born with a serious form of sickle cell disease. The condition primarily affects African American and Hispanic people. Her normally circular red blood cells formed a hook-like sickle shape that made the cells difficult to flow through her blood vessels, thus leading to her stroke. After weeks of treatment, followed by months of physical therapy and regular blood transfusions, Avyn returned home just before Christmas. However, her life remained in danger.

According to one of Avyn’s doctors, Rabi Hanna, MD, while 98% of pediatric sickle cell patients live into adulthood, stroke is the leading cause of death for toddlers and young children with sickle cell disease.

“Sickle cell disease is not just anemia, it is a vascular disease problem that affects many organs, so stroke in these patients is different from stroke in other patients,” explains Dr. Hanna, director of Pediatric Bone Marrow Transplantation at Cleveland Clinic Children’s. “And they are at high risk for another stroke.” 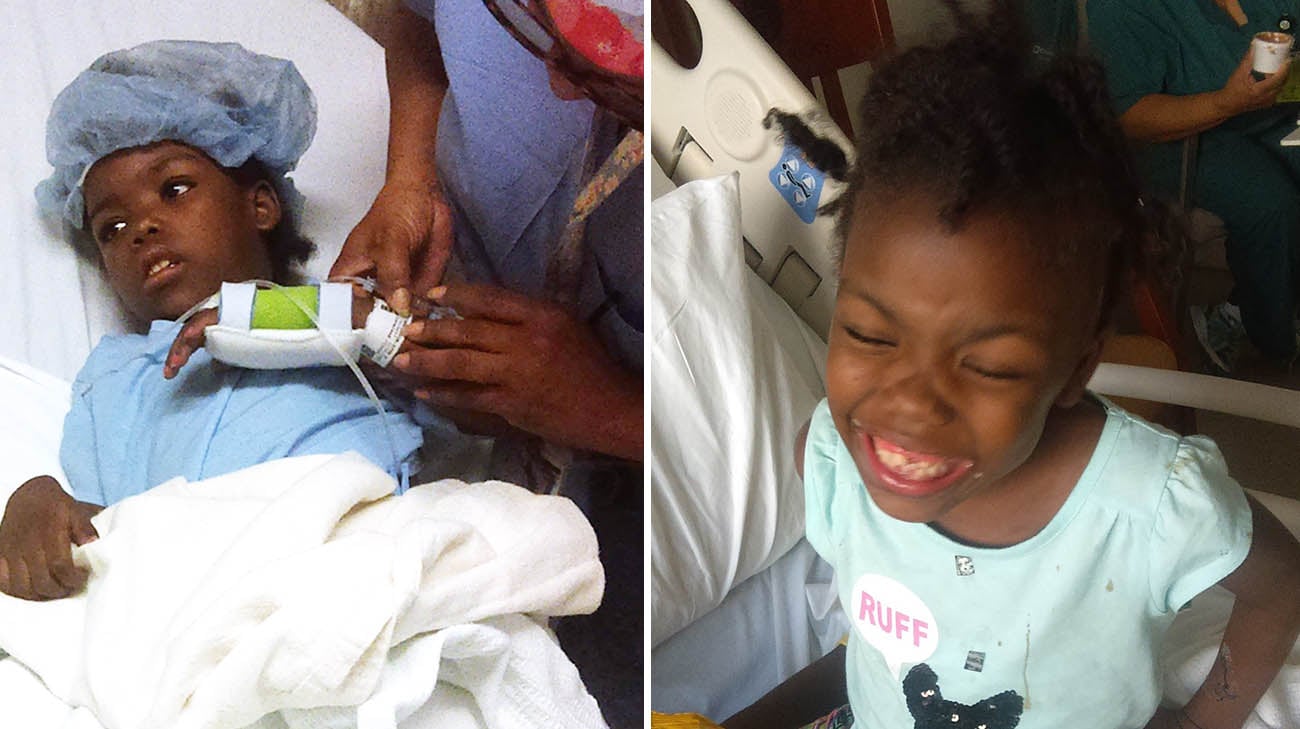 To mitigate that risk, surgeons performed two brain surgeries on Avyn in 2015 a few months apart. The two-phase procedure, called encephaloduroarteriomyosynangiosis (EDAMS), is a form of revascularization that enables blood to bypass the stroke-damaged vessels.

While Avyn’s EDAMS procedures were successful, they weren’t a permanent solution to her problem because the disease still remained. The only sickle cell disease cure, to date, is a blood marrow transplant. No exact match was found among Avyn’s other sibling and the many relatives and friends who were tested.

African American patients are among the communities that have the lowest representation of potential donors in the national bone marrow Be The Match Registry. Thus, the chance of finding a 10/10 HLA match (full compatibility) is only around 17% among the African American population.

“After her surgery, I was scared about her going through a transplant, too,” recalls Uniqueka. “But if it was going to help her, I wanted to do it. We looked and looked for a match, but still couldn’t find one.” 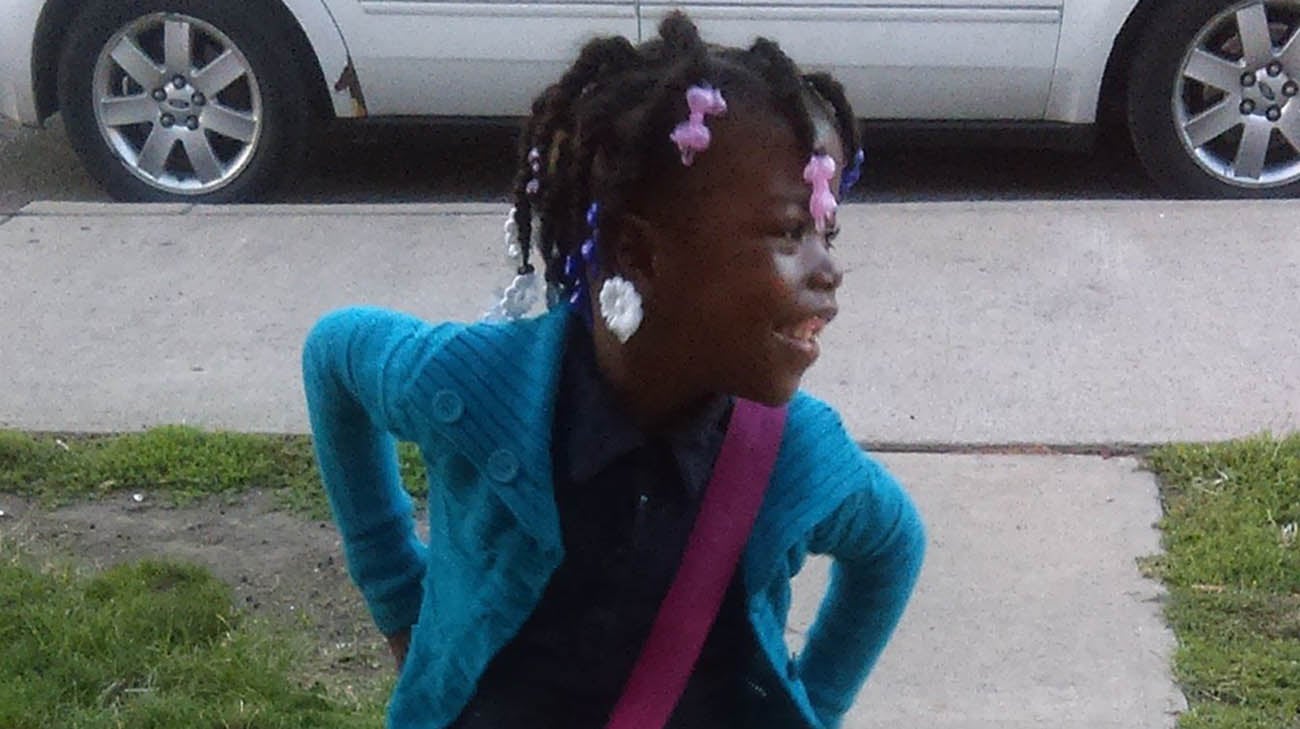 That’s when Dr. Hanna told her about another type of bone marrow transplant that was being investigated at Cleveland Clinic Children’s. The haploidentical donor transplantation program offers new hope for patients with no bone marrow donor match by broadening the field of potential donors to include relatives who may be “half” matches, such as parents or half-siblings.

Further testing revealed a half-match for Avyn: her father, Alberto Algee. Dr. Hanna say, “Alberto was a great candidate with no concerns about donor specific antibodies.”

The bone marrow transplant took place on July 26, 2018, using a reduced intensity conditioning regimen where less chemotherapy and radiation are used in comparison to a standard regimen. Uniqueka now refers to that day as Avyn’s second birthday (Avyn is now 12). 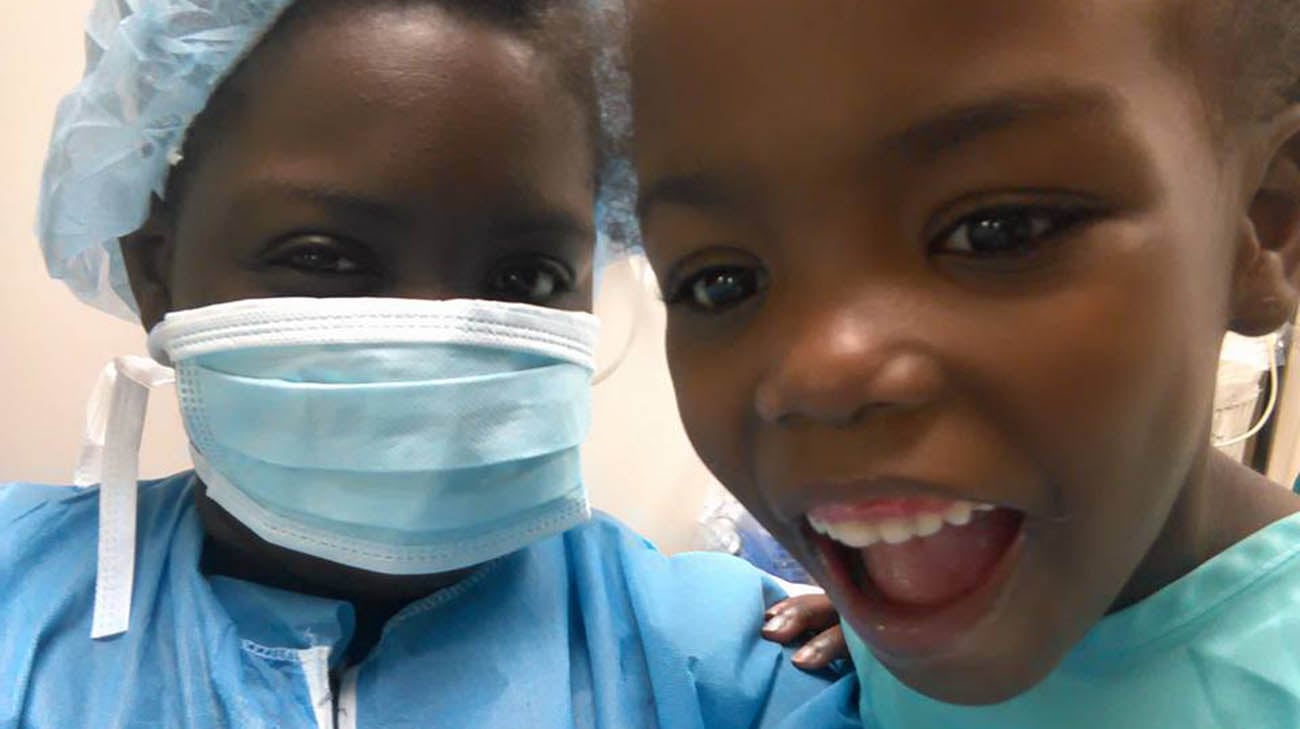 According to Dr. Hanna, Avyn is essentially cured of sickle cell disease, meaning no more blood transfusions or other procedures are required. “From MRI and other images of her brain, her blood vessels look exactly the same. There is no worsening, and she is fully engrafted with blood generating cells from her father without any immune suppression medication,” he says. “Avyn is a remarkable young girl, with great resilience, and should now be able to achieve her potential.”

While Avyn has some lingering cognitive and physical issues from her stroke, she is thriving as a student at Sunbeam, a school that specializes in students with medical, orthopedic and developmental needs. She continues to receive physical therapy on her right hand, which has limited use.

Uniqueka is delighted her daughter is alive and doing so well, especially considering how far she has come from that devastating stroke.

“I just love Dr. Hanna. He saved Avyn’s life,” says Uniqueka. “I tell Avyn how much she is loved, and that no matter what she goes through in life, to keep fighting. Don’t let anything stop you.”

“I hope my story provides some inspiration to others, that you can get back to what you love even after heart surgery. It’s been quite a ride.”
Read Story

“Nothing stands out to me as being a challenge anymore. Physically I don’t have any mobility issues or gait concerns.”
Read Story