Throughout his first seven years in the program, Bill checked out just fine during his annual physical. However, when Richard Lang, MD, noticed some abnormality in his triglyceride levels during Bill’s most recent exam, it prompted some follow-up tests that may have saved his life.

“I thought my health was relatively fine for a 58 year old. I always have more energy than most people,” says Bill, who has worked in the mortgage banking industry for 35 years. “I felt healthy, so when Dr. Lang suggested another test I didn’t think twice about it.” 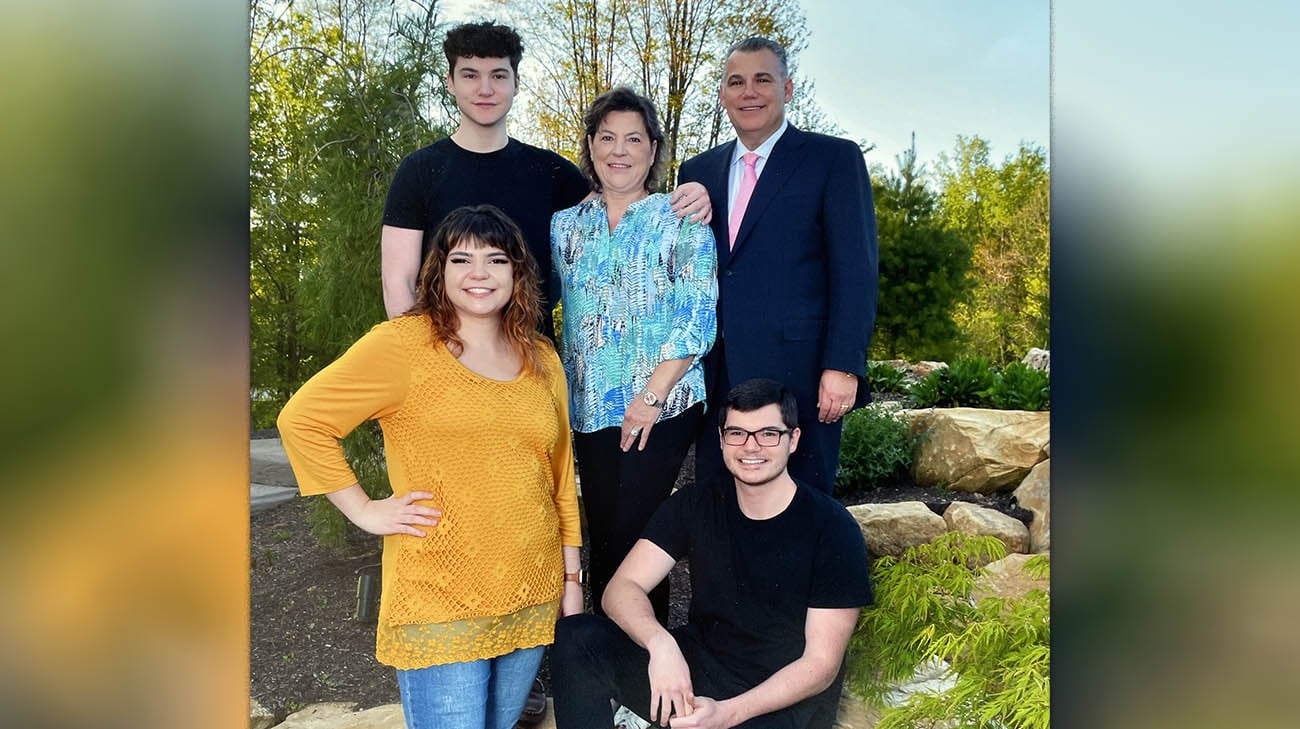 Bill with this, wife, Paula, and their three kids. (Courtesy: Cosgrove family)

Unfortunately, the ultrasound to examine Bill's liver revealed a dark spot on an adjacent organ, one of his kidneys. A subsequent CT scan showed a mass on the kidney that turned out to be a fast-growing cancer.

While Bill was shocked by the diagnosis, since he had been symptom-free, dealing with cancer is nothing new. Both of his parents and his brother have battled cancer. His wife of 30 years, Paula, is currently battling lymphoma. Every member of her immediate family, with the exception of Paula’s mother, has been diagnosed with cancer. Around the time of Bill’s diagnosis, both of Paula’s parents passed away.

“When I got the news, it was almost like an out-of-body experience,” recalls Bill. “I had no pain. I felt no different than I’d ever felt.” Adds Paula, “When I heard Bill say ‘renal cancer,’ I couldn't comprehend what was going on. I felt blindsided.” 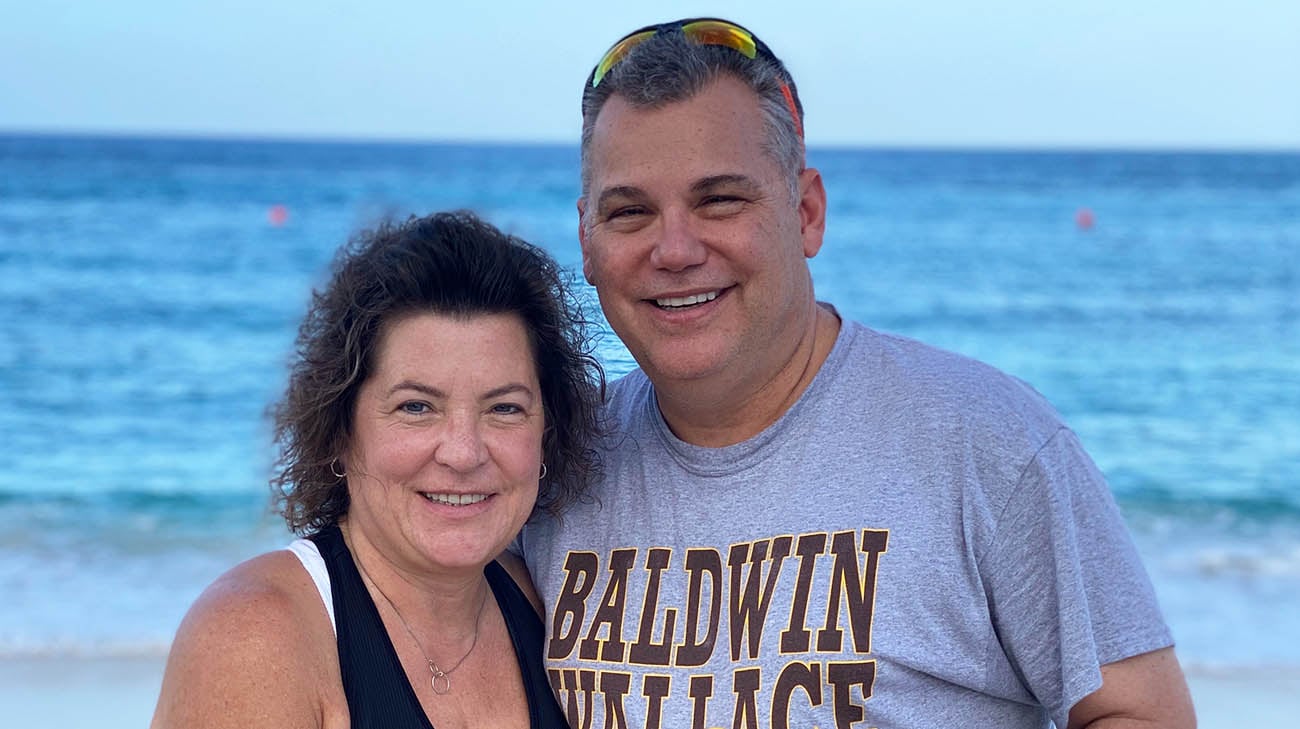 Bill and his wife of 30 years, Paula. (Courtesy: Cosgrove family)

Bill’s renal cell carcinoma (RCC) is the most common form of adult kidney cancer, accounting for 85% of all kidney cancers. While most RCC patients have the tumor removed using a relatively noninvasive method called robotic partial nephrectomy, Bill’s cancer was large and positioned in an area that would require a traditional, open surgical technique. Dr. Lang told Bill that one of the most experienced kidney surgeons in the nation, Steven Campbell, MD, PhD, would be in touch to discuss treatment options.

Sure enough, Bill got a phone call from Dr. Campbell a few days later, while watching a mid-December Saturday night college football game on TV with his sons. “It's Saturday night at 7:30, 10 days before Christmas, and Dr. Campbell is calling because he said he promised Dr. Lang he would be in touch with me,” marvels Bill. “He was just fantastic.”

Paula, too, was comforted by Dr. Campbell’s approach: “He was phenomenal on the phone, very compassionate and was willing to stay on as long as we needed to feel comfortable. But so soon after my father’s death, to get this news, I felt like this can't be real. We're living it again.”

Bill and Paula agree, however, that the asymptomatic nature of Bill’s disease reinforced the importance of him getting annual physicals. Unfortunately, a large number of men fail to do so. In fact, the results of a survey conducted as part of Cleveland Clinic’s sixth annual MENtion It health campaign for men, reveals 25% of white men and 33% of men of color visit their physician less than once a year – many of them only when they believe something is wrong. 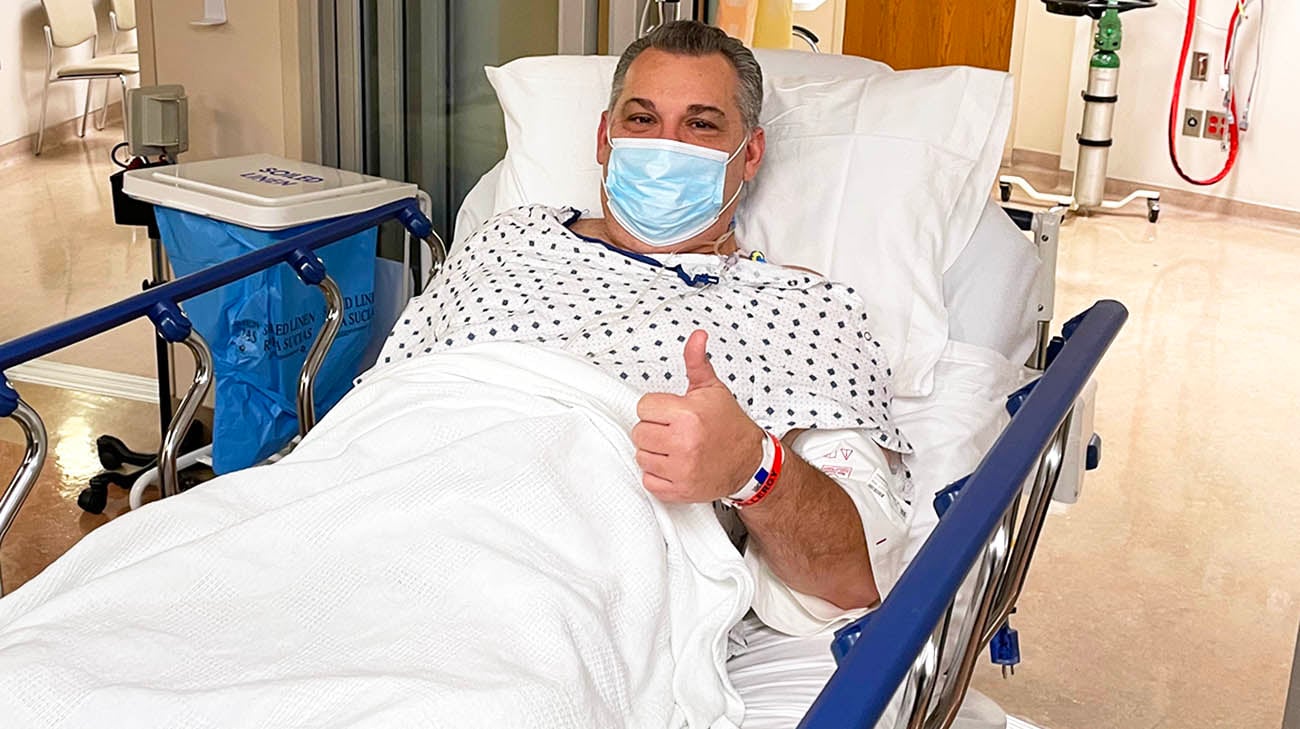 “For men, we believe it's very important to have a routine checkup and physical exam,” emphasizes Dr. Campbell, a urologic oncologist in the Glickman Urological and Kidney Institute. “It allows us to pick up many cancers much earlier than we would otherwise, and Mr. Cosgrove is a perfect example of this. Appropriate screening allowed us to make a diagnosis really early for him.”

According to Dr. Campbell, the position of Bill’s golf ball-sized tumor – on his left kidney, near several key blood vessels on the posterior side of the organ – required an incision rather than a robotic procedure.

“For about 20% of our patients, like Mr. Cosgrove, it would be more difficult to get the surgery done safely and effectively without making an incision,” he explains. “With the traditional approach we can mobilize the kidney, isolate its blood flow, and then remove the tumor while preserving as much kidney function as possible.”

In mid-January 2021, that’s exactly what happened. Bill, blasting music from Bruce Springsteen and the E Street Band via satellite radio, felt confident as he made the early morning drive to Cleveland Clinic from his Northeast Ohio home. “You’re going to face challenges in life,” says Bill, “So, I just thought it was my turn to face the challenge. After talking to Dr. Campbell, I knew we had a game plan.” 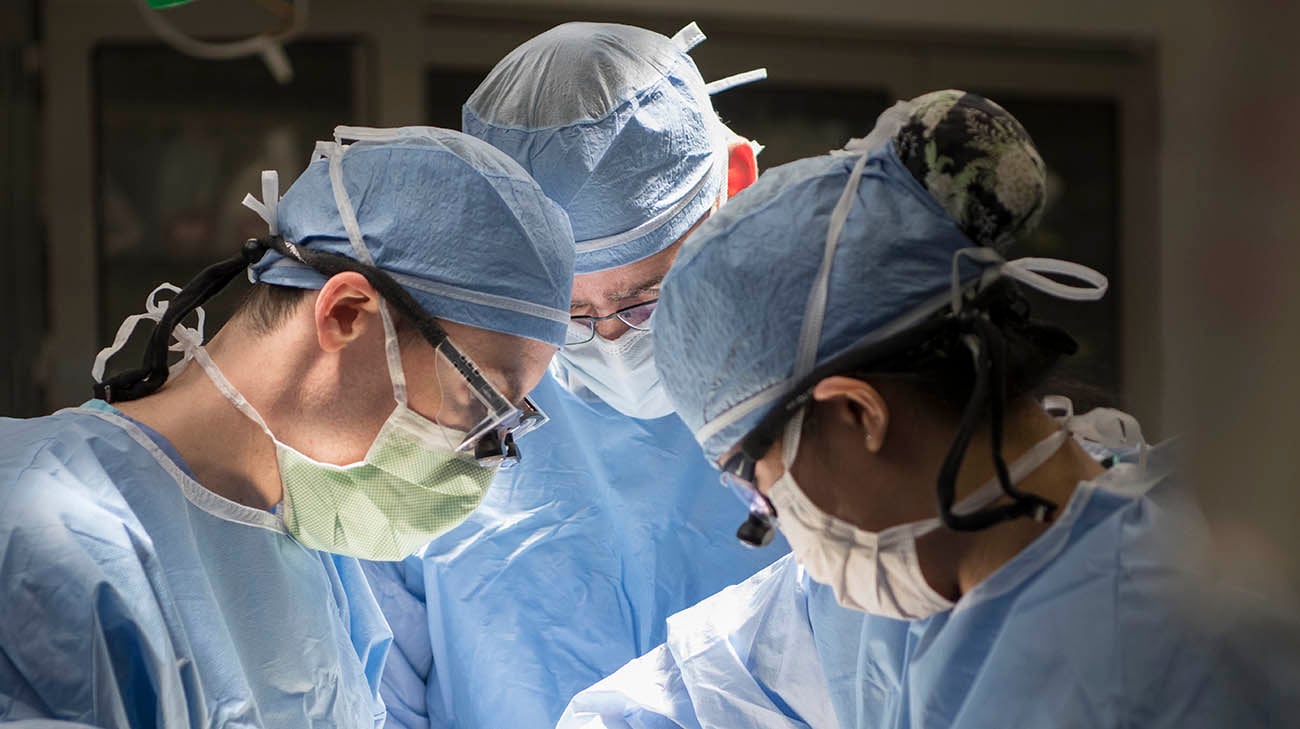 Fortunately, the 2-to-3-hour surgery was completed without complications. As Dr. Campbell describes it, “Tests after surgery showed very little fall off of kidney function, as we saved about 90% of that kidney. Now, he’ll move on in life with 1.9 kidneys instead of just one.”

Recovery after-surgery was painful and challenging for Bill for some weeks. However, afterwards he was soon back to his new normal.

“Without the in-depth annual physical, my cancer would have gone undiagnosed,” Bill states. “We feel very fortunate.”