A sheriff’s investigator by profession, Bobby “Caleb” Brooks is a country boy at heart.

As a child growing up near Huntsville, Alabama, Caleb cared for cows and other animals. He even became proficient in the practice of training horses to be ridden, called “breaking” a horse.

“When you were breaking a horse, you knew you were gonna get bucked off some or kicked. It just never bothered me,” says Caleb. “I was just young and full of energy.”

Cash, a 2-year-old bull, is young and full of energy, too. And Cash’s sudden and unexpected outburst on August 16, 2020 changed Caleb’s life forever. 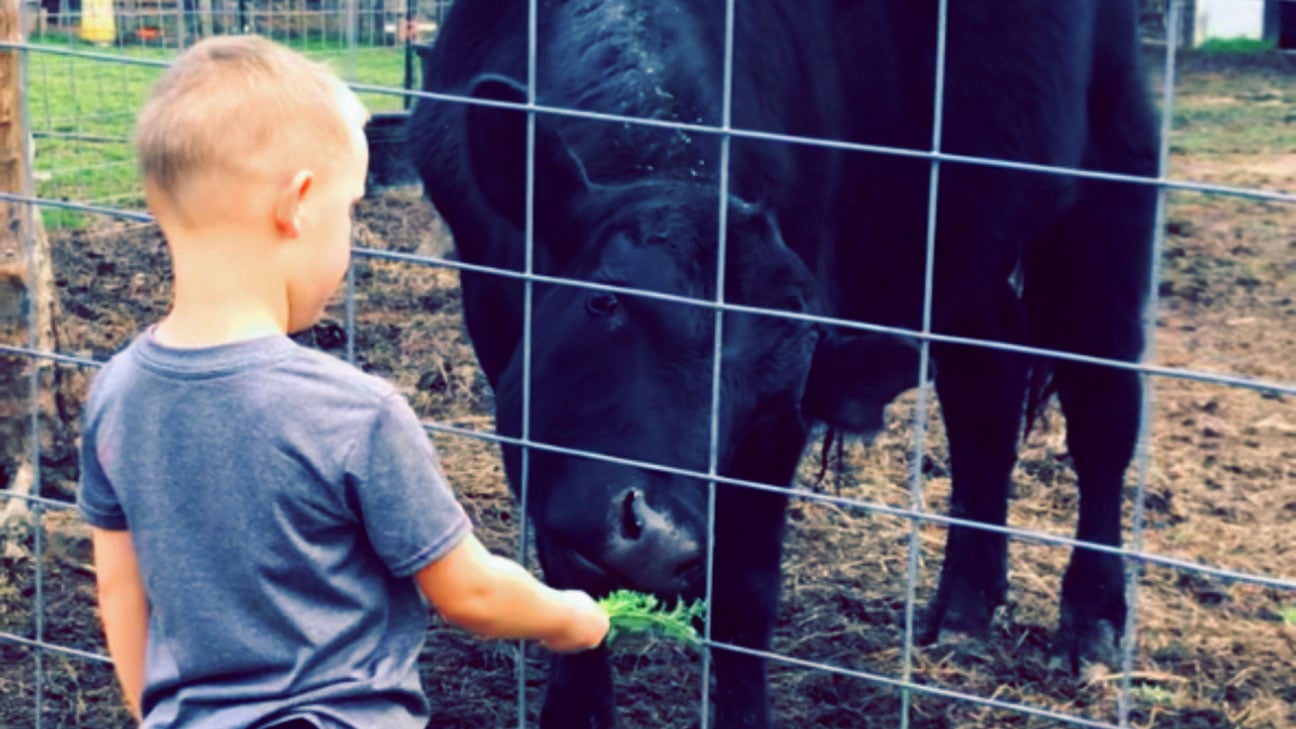 Caleb and his wife, Madeline, acquired Cash two days after he was born, and the couple keep the bull in a pasture on their rural property in Morgan County, Alabama. On that fateful day, Madeline, 34 weeks pregnant with their second child, was standing by the gate as Caleb rolled out a fresh bale of hay. That’s when Cash suddenly charged, full speed, at Caleb.

“He hit me right here, with his head,” Caleb says, pointing to his stomach and midsection, “as I was backpedaling, he kept pushing me, picking me up off my feet. After about 40 yards, I went up in the air, sideways, and his head smashed me into a tree.”

Stunned but conscious, Caleb grabbed his pistol out of its holster and fired it into the ground, scaring the bull away. He unsteadily rose to his feet and jumped over the fence before the bull could attack again. He collapsed as Madeline called 911.

“I knew I was hurt, but I didn’t know the extent of it,” Caleb states. “I thought maybe just the wind was knocked out of me.”

Unfortunately, it was much worse. Paramedics and Caleb’s fellow officers who arrived on the scene suspected Caleb, whose blood pressure had dropped, was bleeding internally. Their suspicions were confirmed at a hospital in Huntsville. Surgeons discovered much of Caleb’s intestines had been crushed beyond repair.

During two surgeries, they stopped the bleeding but had to remove most of Caleb’s small intestine and some of his large intestine because – as Madeline recalls a surgeon telling her – “it was just eviscerated.” Since his wreaked intestinal system wouldn’t allow him to eat or process food, Caleb was placed on total parenteral nutrition (TPN), which uses intravenous fluids to meet the patient’s caloric and nutritional needs.

Caleb was alive, but not out of the woods. The physicians somberly told Madeline they weren’t sure what to do next to save his life, and reached out to major medical centers with experience in serious intestinal damage.

One that immediately responded, and would take Caleb as a patient, was Cleveland Clinic’s Center for Gut Rehabilitation and Transplantation. It’s one of only a handful of programs in the U.S. performing intestinal transplant surgery. 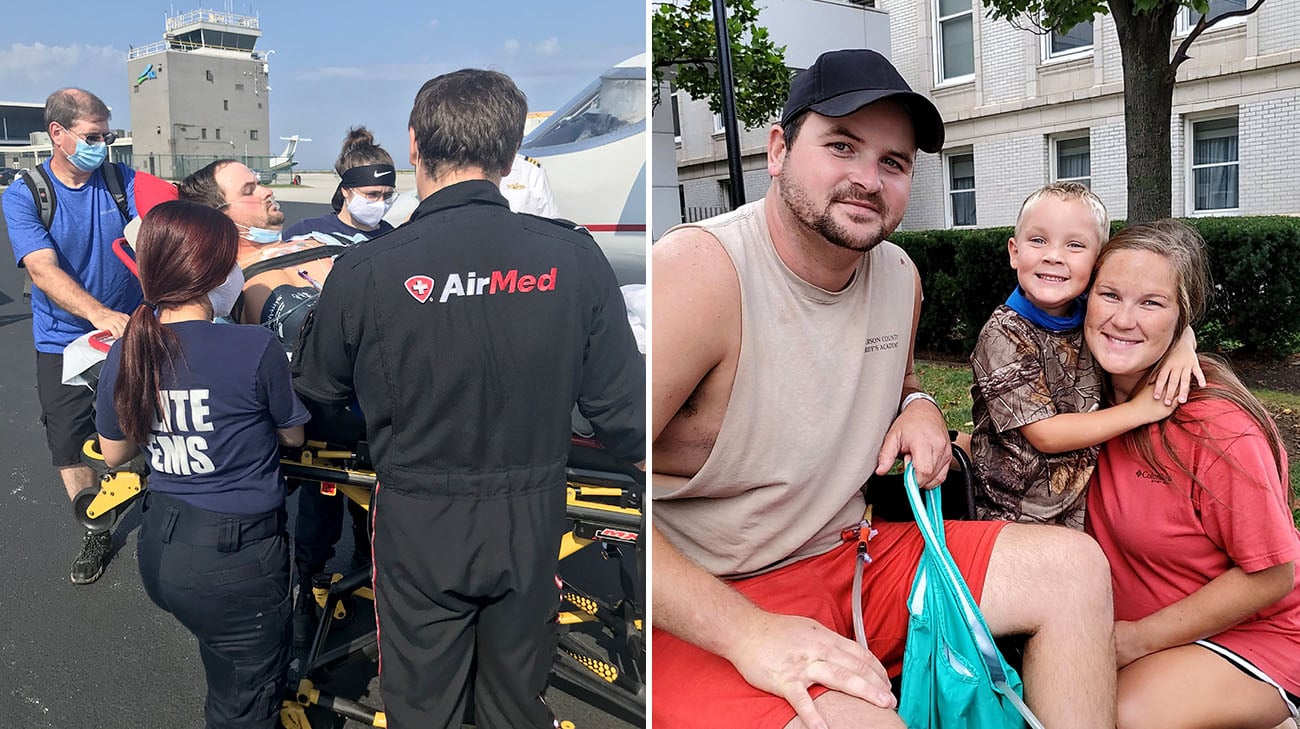 Caleb and his family flew from Alabama to Ohio to be evaluated for an intestinal transplant. (Courtesy: Caleb and Madeline Brooks)

Just days later, Caleb was flown to Cleveland, and he and Madeline, both overwhelmed by the sudden change in their lives, met with transplant surgeon Anil Vaidya, MD.

“He had nothing,” Dr. Vaidya says, referring to Caleb’s intestines. “Only his stomach and about 10 centimeters of his duodenum. For a young man who was otherwise healthy, and very motivated to get better, I knew a transplant could work for him.”

Madeline recalls much of her stress easing as soon as Dr. Vaidya walked into Caleb’s hospital room for their first meeting. “As soon as he started talking, I just felt immediate comfort. He was so calm and very friendly,” she says. “And while they were doing an X-ray on Caleb, he took me aside and said, ‘I can fix him. You don’t worry about him. You need to worry about yourself and your baby.’”

During that initial stay in Cleveland, his hospital room was not far from the office of Riley Carpenter-Frato, a project manager in Cleveland Clinic’s Respiratory Institute. Her husband, Chris, is a law enforcement officer like Caleb. 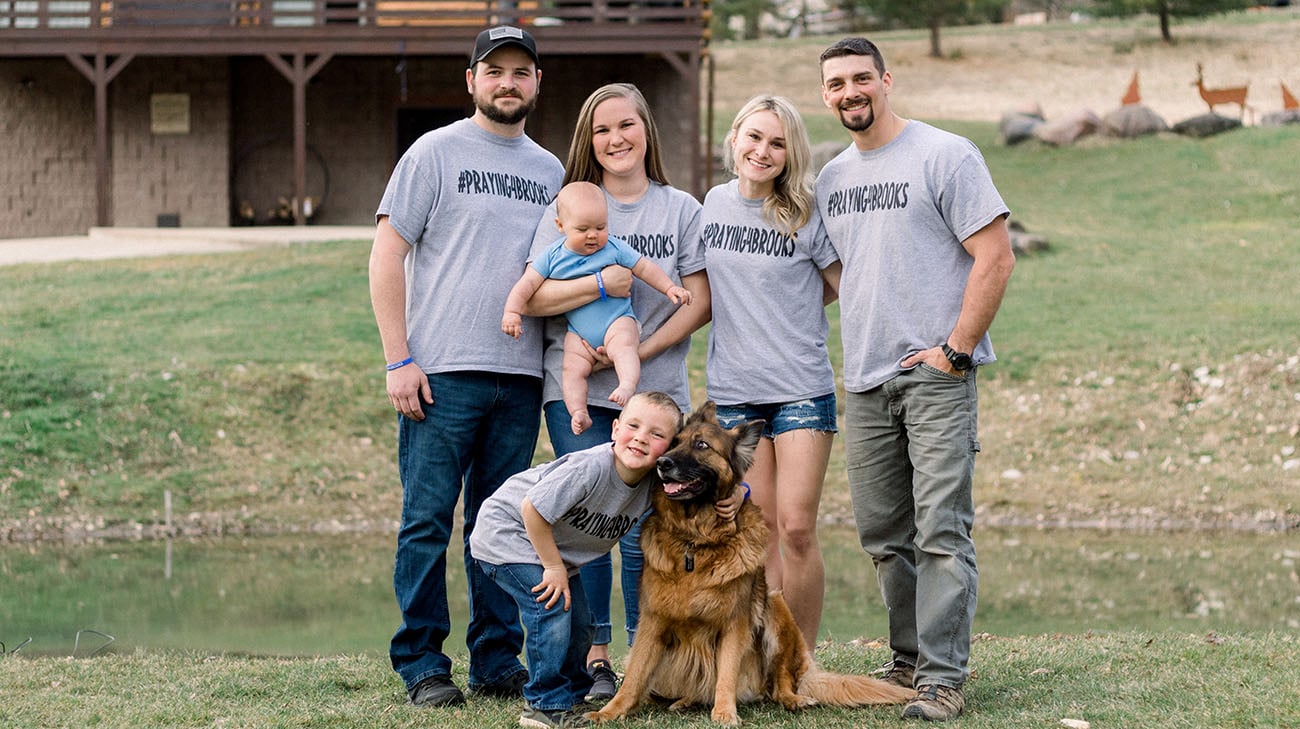 The Brooks family met Riley and Chris through social media and stayed with them while waiting for the call for Caleb's transplant. (Courtesy: Riley Nicole Photography)

Hearing about Caleb’s situation through a police officers’ spouses social media group, Riley reached out to Caleb and Madeline, regularly bringing them drinks and other items they might need, given their sudden trip to Cleveland. “Riley was like a breath of fresh air for us,” recalls Madeline. “I just knew immediately she and Chris were going to be our (Ohio) family.”

Notes Riley, “I'm from the South originally and I remember when I first moved up here to Ohio, to a big city, it could be a big shock. You don't want to overstep and invade anyone's privacy, but I just wanted to let them know they have someone here for them.”

Back in Alabama, waiting for Caleb to heal before being put on the transplant list, Madeline gave birth to a son, Luke, joining big brother Bryar, age 5. After a few months, it was time to list Caleb for transplant. That meant the family needed to return to Ohio and wait for a donor, because the operation would need to occur within hours after the intestine was secured. 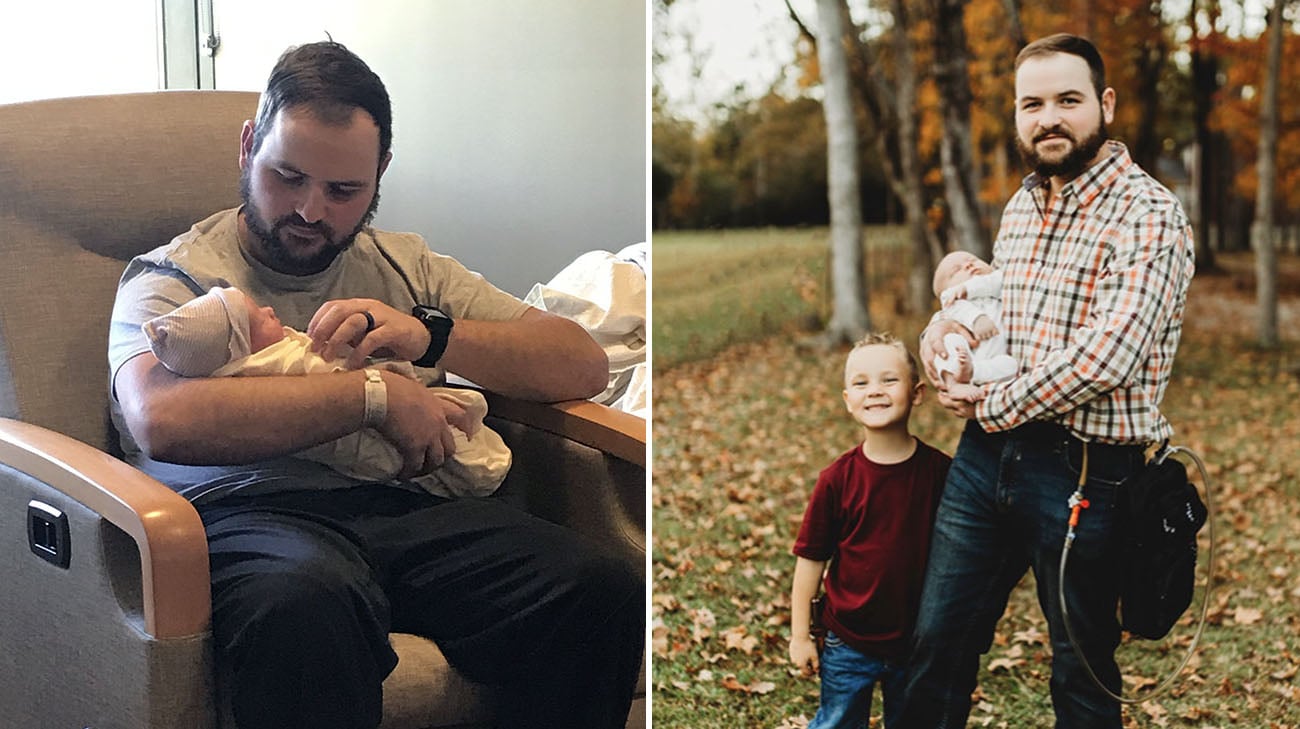 The Brooks family was able to be home for the birth of their second son, Luke. (Courtesy: Caleb and Madeline Brooks)

The Brooks family came back to Ohio just before Thanksgiving, and they accepted Riley’s offer to live with her and Chris in a basement apartment of their house. Bryar loved exploring in the woods and fishing in a pond on the property – just as he would back home – and the family was able to relax, as best they could, while waiting for the call.

A few weeks later, thanks to an organ donor, the transplant took place on December 4. In a 10-hour operation, Dr. Vaidya and team performed Cleveland Clinic’s sixth intestinal transplant of 2020.

‘It’s a rare type of transplant, but it went very well,” says Dr. Vaidya. “His recovery has been quite remarkable,” thanks in part to the use of steroid-free immunosuppression medications to help prevent the body from rejecting the donated intestines. “I have no reservations about Caleb’s future.”

Following a scheduled follow-up operation in March, life has pretty much returned to normal for the family. Caleb is back to work full-time, and is coaching Bryar’s baseball team. "I'm running and throwing him the ball. It's just awesome to be able to actually be able to do that again,” says Caleb.

Caleb is back to his normal life, coaching his son's baseball team. (Courtesy: Madeline Brooks)

Madeline is grateful that the family can all eat together again, and she and Caleb are appreciative of the love and support they received from friends and family – old and new – in Alabama and Ohio.

“I have such gratitude for all the people that have supported me, and to God for putting them in our life,” says Caleb. “It’s incredible.”