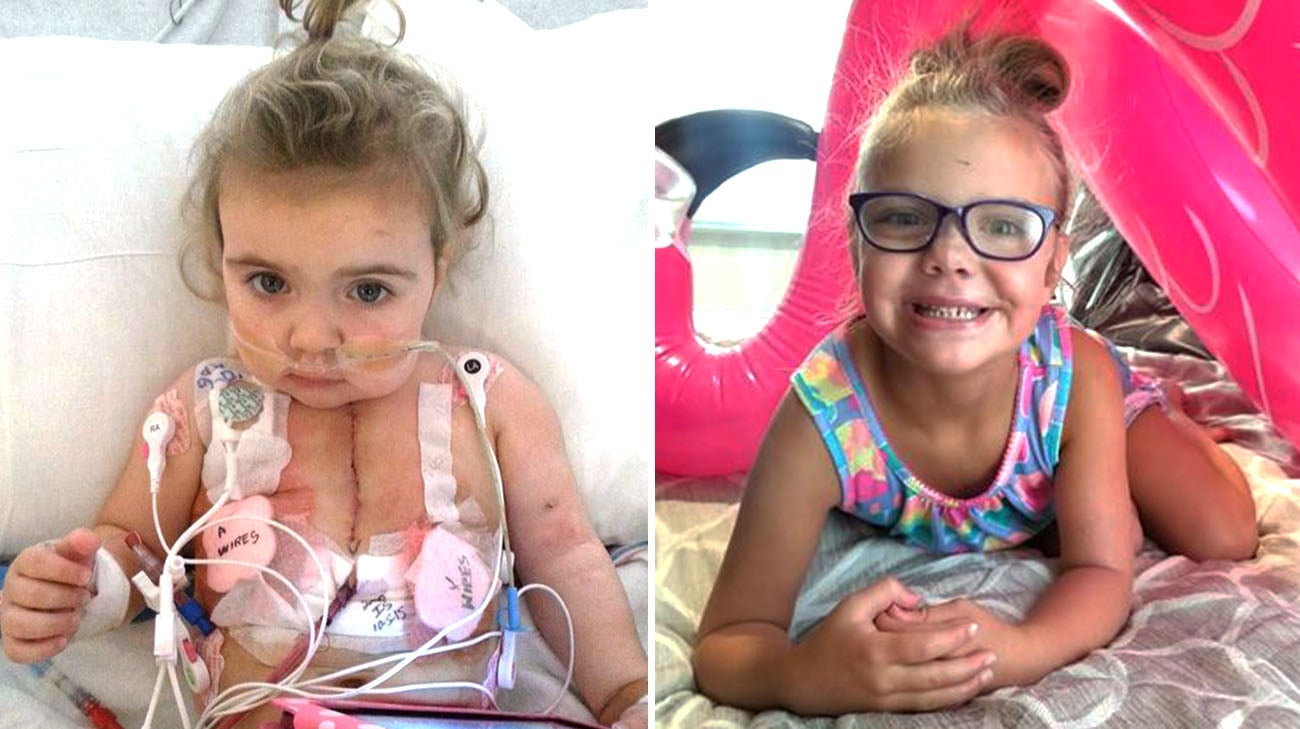 In the wee hours of the morning, after their 1-year-old daughter had endured a lengthy surgery at Cleveland Clinic Children’s, Nicole and Jacob Maurer were allowed to visit her. Immediately, Nicole was alarmed Alivia might have a fever.

“Her little cheeks were so rosy,” recalls Nicole, who then noticed Alivia’s eyes weren’t dark and sunken in anymore. “I hadn’t been used to seeing that.”

From the moment she received her new heart, transplanted by Robert Stewart, MD, on October 5, 2015, Alivia’s life improved dramatically. Says Nicole, “Her new heart worked perfectly.” And it still is. 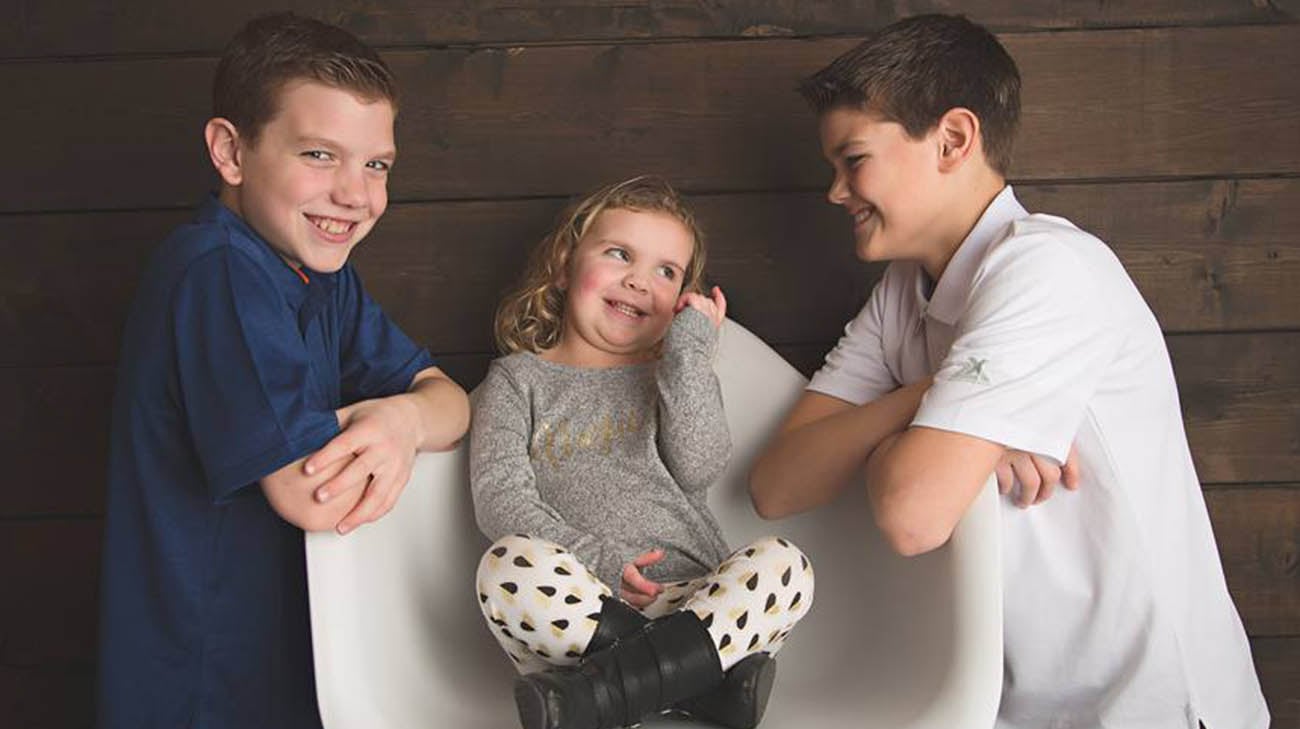 As Alivia approaches the sixth anniversary of her heart transplant, the 7-year-old Magnolia, Ohio, resident is an active, healthy and engaging first grader. According to her mom, “Nobody knows she’s had a heart transplant unless we tell them. It’s been amazing.”

The Maurers, who have two older children (Logan, 16, and Colton, 13), first noticed something was wrong with Alivia when she was 11 months old. Lethargic and crying much of the time, Alivia wasn’t progressing as well as her sons had when they were infants. 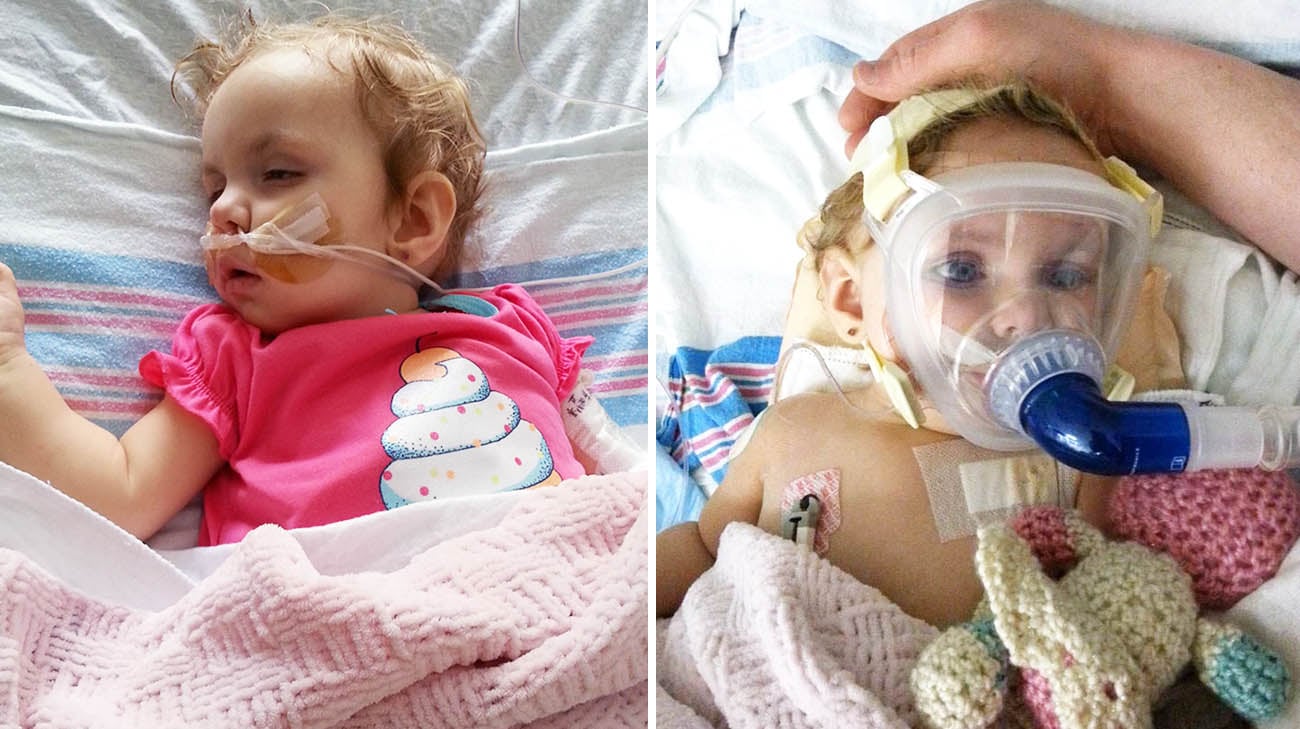 Testing at a local hospital revealed she was suffering from aortic coarctation, a heart defect in which a napkin ring-like narrowing in the body’s largest blood vessel severely restricts blood flow. While the condition can be corrected by a relatively simple surgical procedure, if detected early, Alivia’s wasn’t discovered until she was nearly 1 year old.

According to Gerard J. Boyle, MD, a pediatric cardiologist, who has treated Alivia since she was transferred to Cleveland Clinic Children’s in 2015, the impaired flow means “the heart has to work much harder than it should. When the heart remains stressed over a long period of time, it breaks down.”

Doctors tried a number of cardiac catheterization procedures to repair Alivia’s heart, including implanting a stent to hold the restricted area open. However, each time her relief was temporary. In June 2015, she was placed on the national registry for heart transplant recipients. 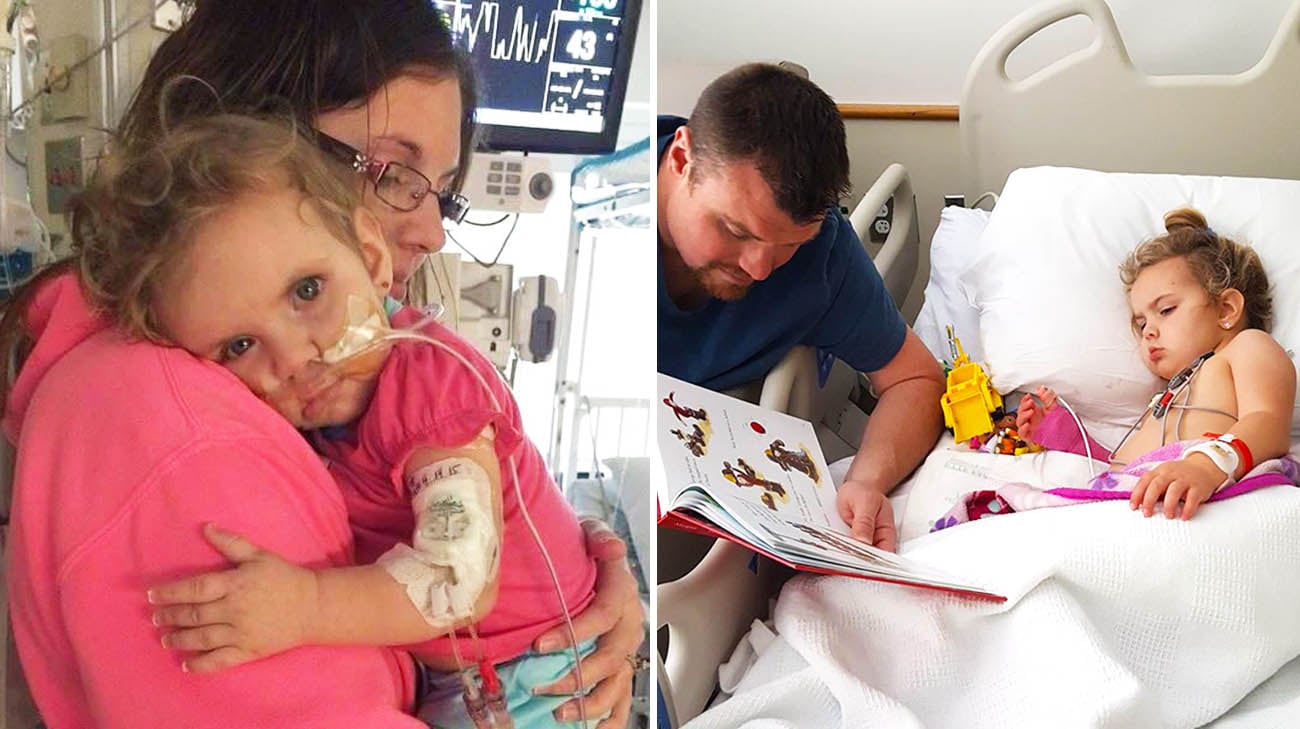 In 2015, doctors tried a number of cardiac catheterization procedures to try and repair Alivia's heart. Nicole and Jacob were always by her side. (Courtesy: Nicole Maurer)

During Alivia’s multi-month stay in the hospital, Nicole rarely left her side. Jacob and their sons would make the 90-minute trip to Cleveland to join them on the weekends. During that time, Nicole recalls developing a rapport with the nurses and other staff.

“I was with them day and night, and they became a family to us,” says Nicole. “Cleveland Clinic has been amazing. There’s just not enough good I can say about them.”

As the medical team struggled to keep Alivia stable enough for surgery, the wait for a donor ensued. According to Dr. Stewart, one of the challenges with infant heart transplants is finding a heart that is the right size for the recipient. 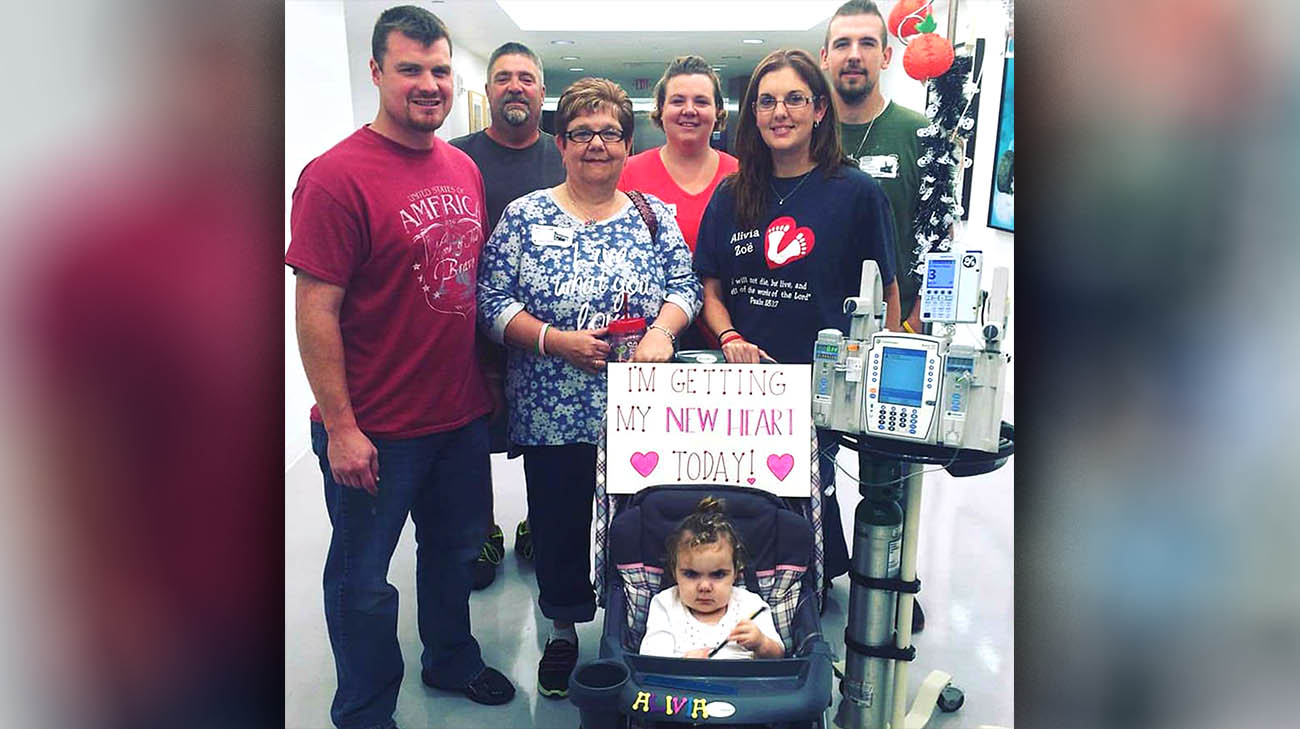 Alivia, surrounded by family in 2015, the day she underwent a lifesaving heart transplant. (Courtesy: Nicole Maurer)

“You don’t want a heart that’s too small. It has to be a big enough engine for the car it’s about to drive,” he states. “Fortunately, we can usually accept a heart from a donor who is up to twice the weight of the patient.”

The Maurers, and several relatives in their extended family, had just enjoyed an outing to a local video arcade and restaurant, when Jacob got a call from Dr. Boyle that a perfect match had been found. Still holding out hope that Alivia’s damaged heart could be saved, the family requested one final echocardiogram. It confirmed a new heart was Alivia’s only chance for survival. “After that, things moved really fast,” says Nicole. 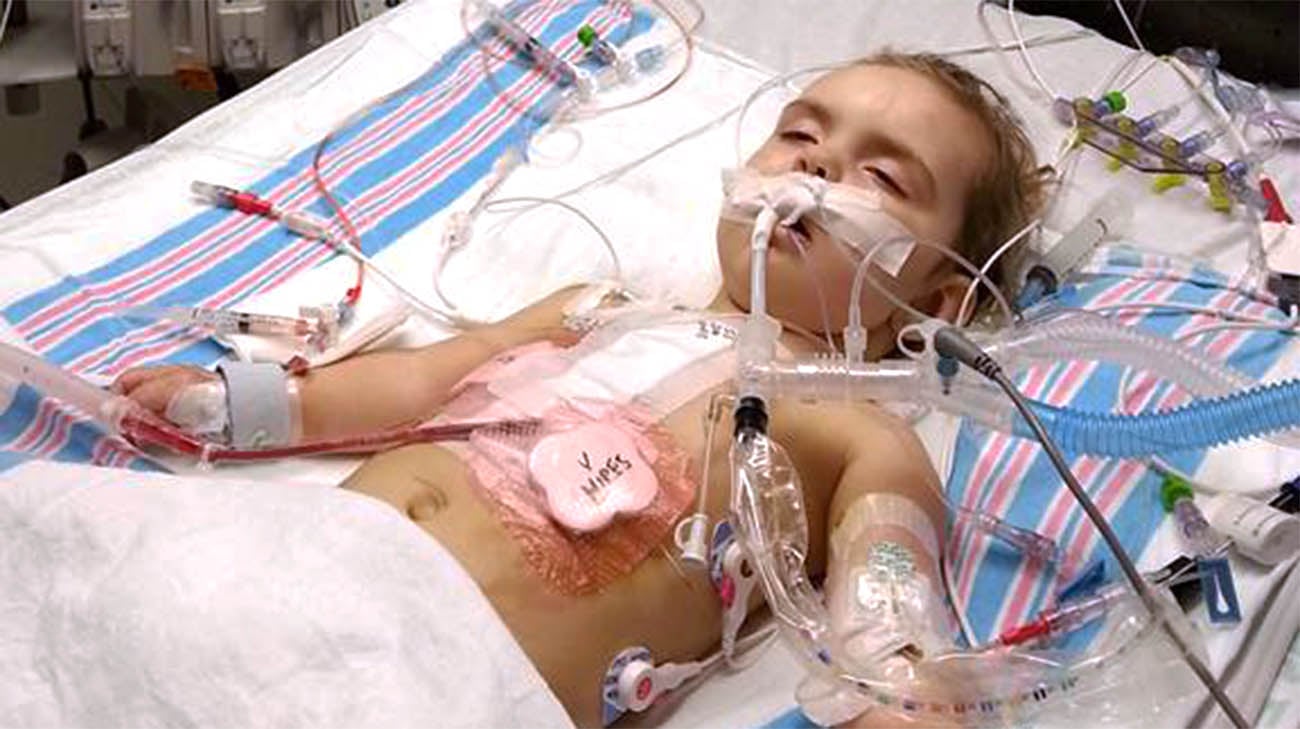 The transplant was completed without a hitch, and Alivia remained in the pediatric intensive care unit (PICU) for a few days before transferring to one of the hospital’s step-down units. Shortly thereafter, she and Nicole moved to the Ronald McDonald House for about a month, during which time Alivia took her first steps. They finally reunited with the family close to Thanksgiving.

In the years since, Alivia regularly visits Dr. Boyle for testing, including an annual heart biopsy that monitors the efficacy of her anti-rejection medications and the performance of her heart. Nicole says Alivia enjoys the visits, eagerly climbing onto the examination table in the cardiac catheterization laboratory to await her favorite physician.

“She absolutely loves Dr. Boyle. She talks about him all the time,” Nicole says. “She really looks forward to her appointments.” 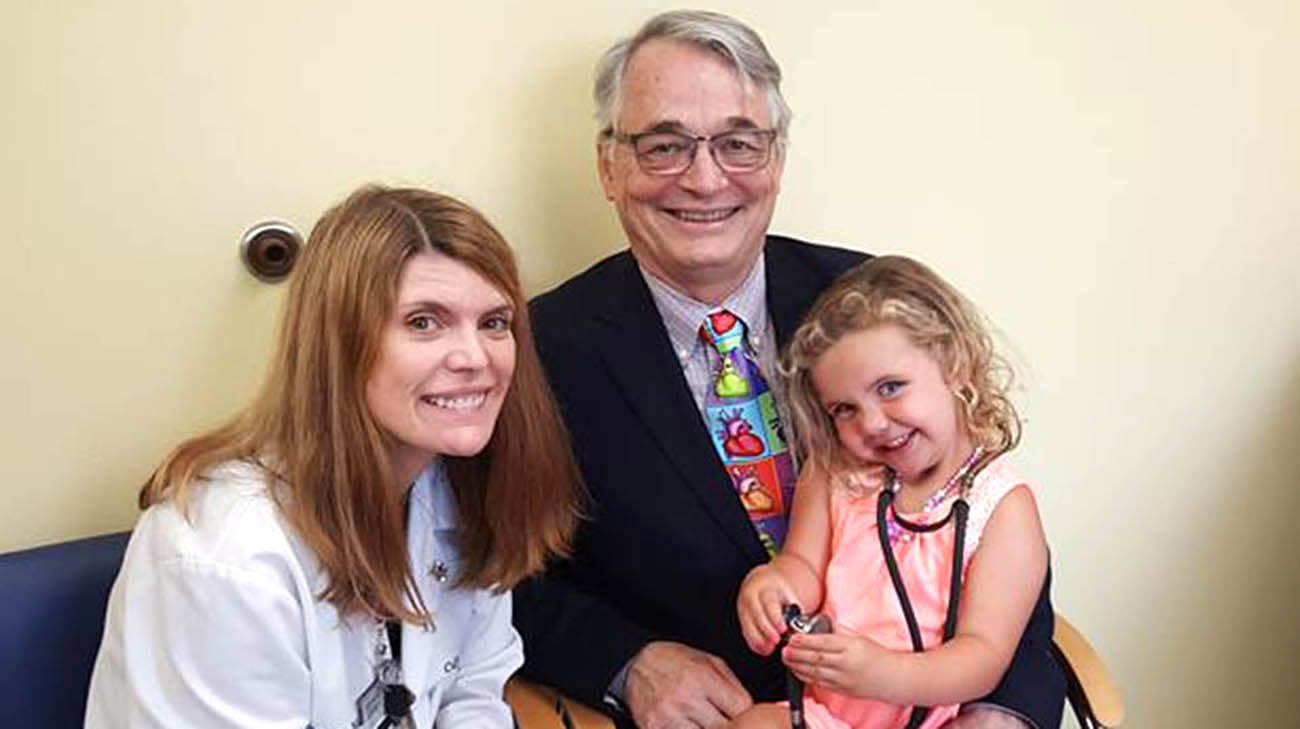 Dr. Boyle feels the same about Alivia. “She’s just delightful. And her mom will send me videos of her milestones, like swimming across the pool or waiting for the school bus for the first time. Those are uplifting to everyone on our team.”

Dr. Stewart, too, will drop by if available when Alivia comes to visit, “It’s very rewarding to see Alivia doing so well.”