CYCLE Riders May Speed Research to Slow Down Parkinson’s Disease 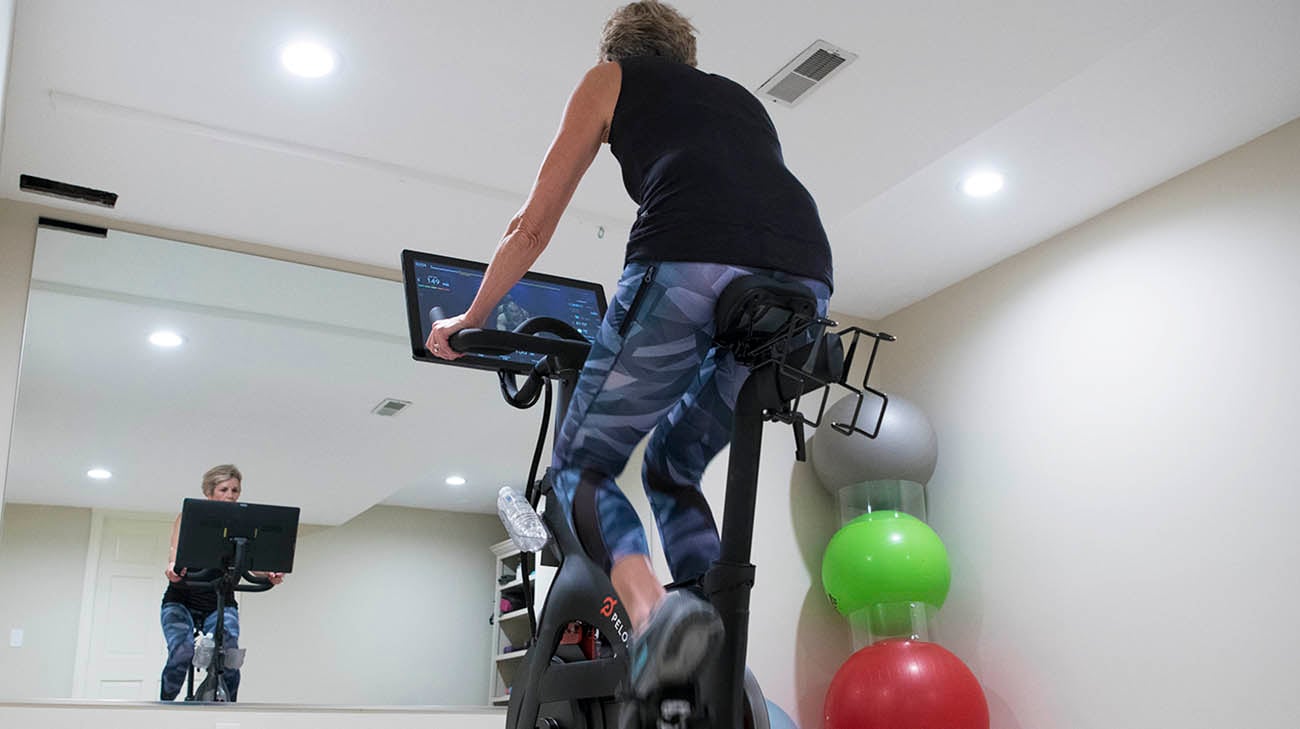 Day after day, mile upon mile, Sally Terrell pedals away on a stationary bike in her Chagrin Falls, Ohio, home. However, she’s doing more than just burning calories. The 62-year-old grandmother may be helping Cleveland Clinic researchers better understand how to slow the progression of Parkinson’s disease (PD), a progressive neurological disorder.

“It’s fantastic. Once I get on the bike it’s so invigorating and inspiring,” exudes Sally, of her 30- to 40-minute “rides,” three- to four-days per week. “I’m helping myself and helping the research.”

Sally is one of 250 PD patients participating in CYCLE (CYClical Lower Extremity Exercise for Parkinson’s trial), a multi-site clinical trial funded by a five-year, $3 million grant from the National Institutes of Health. CYCLE’s exercise group utilizes indoor cycling bikes from fitness technology company Peloton. The study’s principal investigator, Cleveland Clinic researcher Jay Alberts, PhD, aims to determine if long-term, high-intensity aerobic exercise can slow the advancement of PD. Participants, like Sally, are recruited and overseen by teams at Cleveland Clinic and the University of Utah. 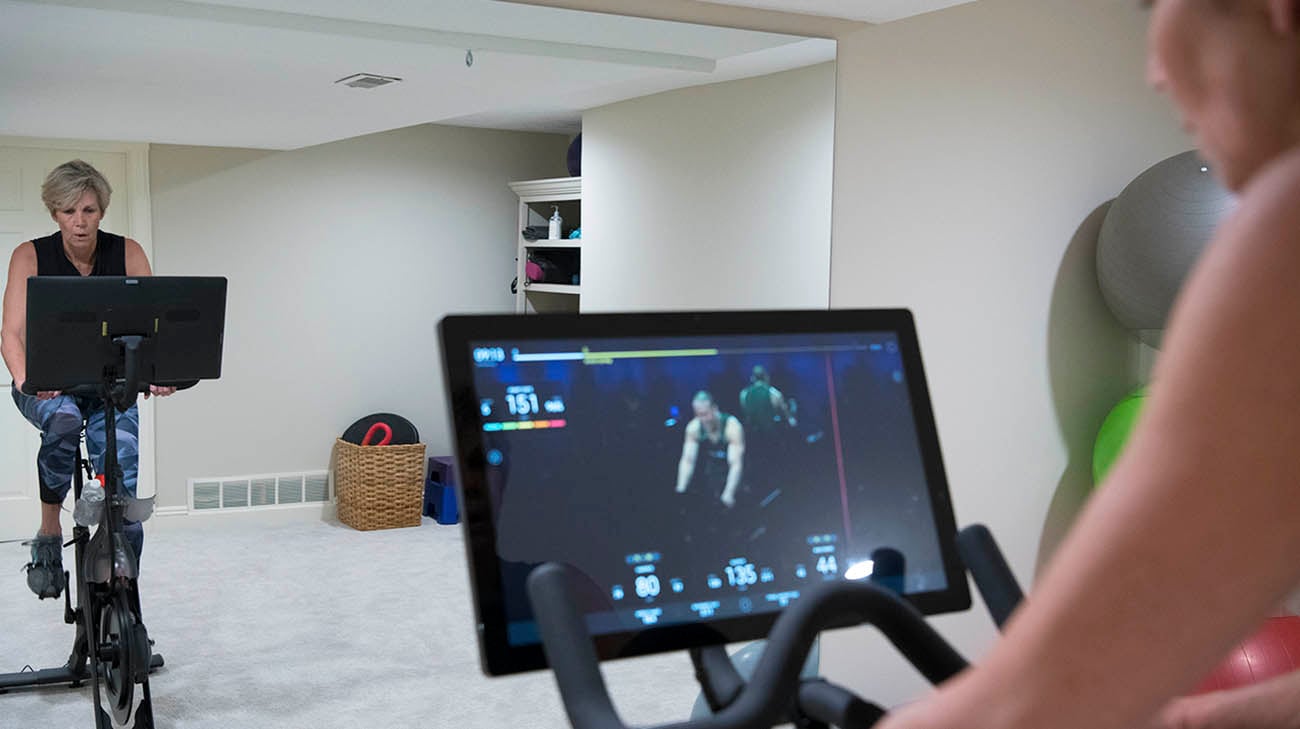 Sally says her cycling workouts are invigorating and inspiring. She has a great feeling of accomplishment after finishing a class. (Courtesy: Cleveland Clinic)

“These patients are real pioneers,” says Dr. Alberts. “By helping us understand more about PD and its evolution, we may be able to change the course of this disease.”

“I think some people can turn inward, and I'd rather turn outward and be proactive and an advocate for the disease and for others as they are on this journey,” says Sally.

PD, which affects more than one million people in North America and four million globally, often impacts several regions of the brain that control balance and movement. With no surgical or pharmaceutical treatment yet available to slow the course of the disease, it often worsens over time.

However, previous research conducted by Dr. Alberts and team – including a 100-person, in-laboratory, eight-week clinical trial involving high-intensity aerobic exercise – resulted in significant improvement to participants’ global motor function, cognitive function and ability to walk. Participants in the current trial cycle for 12 months. The data gathered will enable Dr. Alberts and his team to better assess the long-term effectiveness of aerobic exercise related to PD. 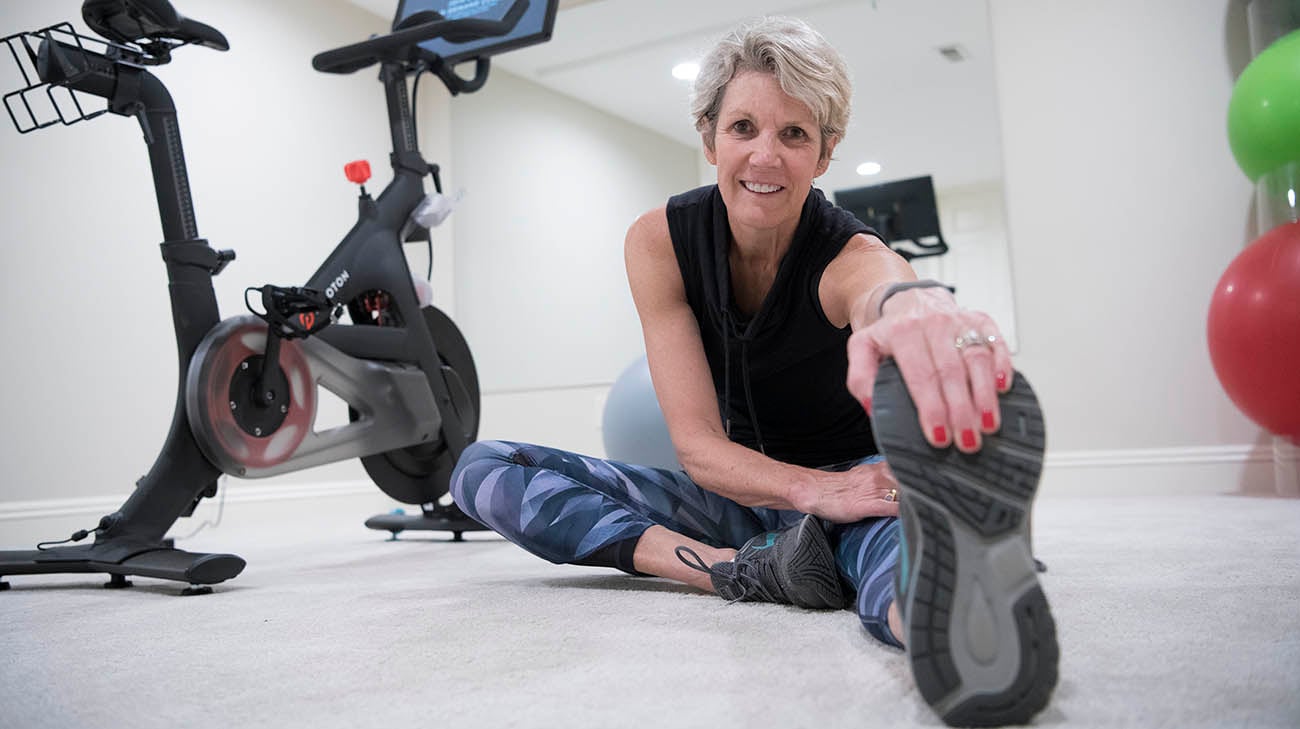 Sally tries to remain active and does everything she can to help manage the progression of her Parkinson's disease. (Courtesy: Cleveland Clinic)

A key advantage of CYCLE, he explains, is the exercise intervention is performed by the patient in the comfort of their own home, rather than having to travel to a gym or laboratory. As a result, the study has led to the enrollment of PD patients outside Northeast Ohio. “Nearly 50 percent of the (study’s) patients are outside the Cleveland metro area,” adds Dr. Alberts. “This is important as we are able to enroll a more diverse group of PD patients, and should the results be positive, they are immediately translatable to patients, such as those in rural and underserved areas, who do not live near a major academic medical center.”

Currently, PD patients are told exercise is likely good for them, unfortunately, these recommendations are a bit vague which leads to frustration and a drop in activity levels after a PD diagnosis. Dr. Alberts notes, “If we want exercise to be considered medicine, we need to figure out the right prescription for patients.” 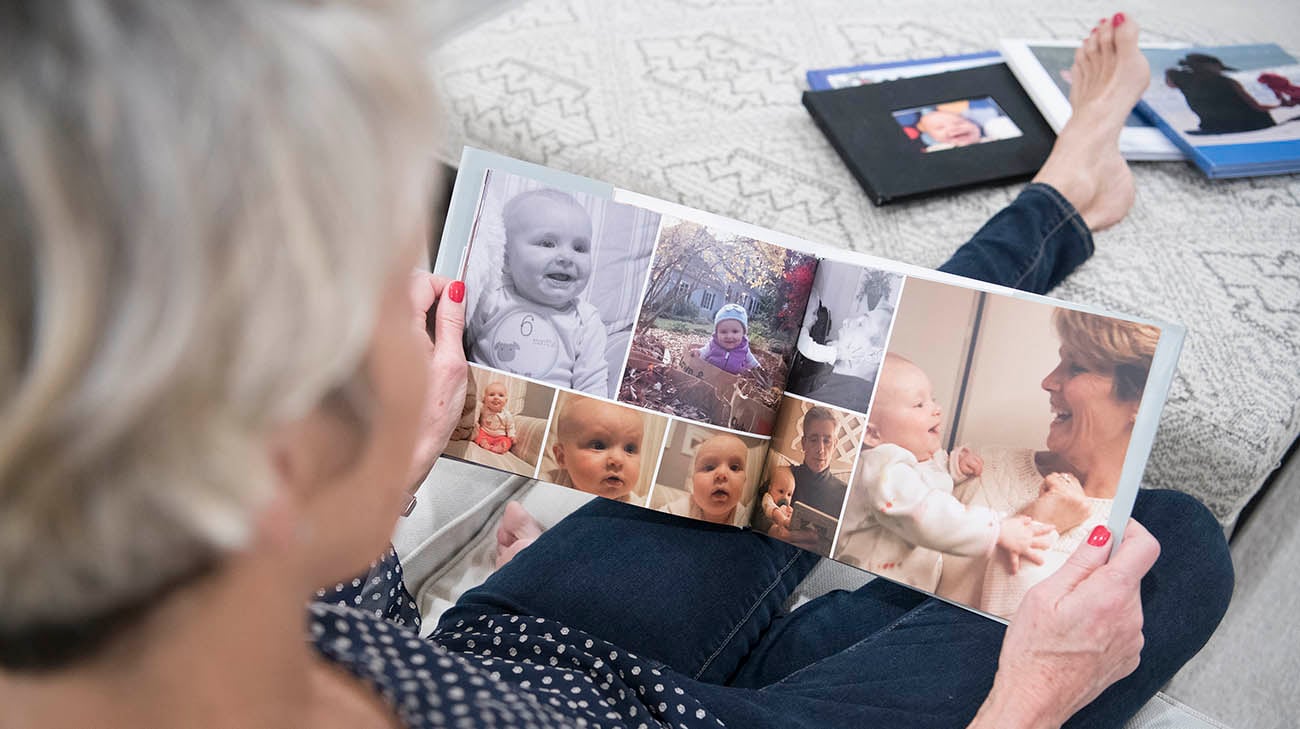 One of Sally's greatest joys is spending time with her grandkids. (Courtesy: Cleveland Clinic)

The research team is working toward finding this prescription by monitoring exercise parameters over the course of 12 months, general activity level data from wearable devices and through teleconferencing. When the study is complete, they hope to determine an optimal exercise “dose” necessary to slow the progression of PD, which is caused when cells that produce dopamine slowly die. Exercise may increase oxygen levels to the brain and prevent more dopamine cells from dying, thus slowing – or even stopping – the progression of the disease.

Sally, who was diagnosed with PD in 2004, says the aerobic exercise is making a real difference for her.

“It’s hard work and it takes a lot out of me. But I think it’s showing some promise in (alleviating) some of my symptoms,” she says. “I feel as though I have a lot of years left in me, a lot of things I want to do. I want to see my grandchildren grow. This is not going to get me as long as I can prevent it or as long as I can be in control of that.”