Twenty weeks into her pregnancy, Emily Whiting, and her husband, Daniel, eagerly arrived at the Wooster Women’s Health Office to learn more about their first baby. An ultrasound test provided the first glimpse of their growing child, and revealed a girl. Giddy, the couple immediately began talking about baby names.

However, their joyful experience would quickly turn grim, with the first signal being a conciliatory pat on Emily’s shoulder from a physician, as they all sat down to talk.

“She had a really empathetic look on her face, and so of course that set off an instant alarm,” recalls Emily, a religious writer, public speaker and blogger. “She said, ‘Your baby has multiple malformations. If she lives, we don't know what her quality of life will look like.'”

As the Whitings would learn, in that meeting and after subsequent tests, the list of medical issues affecting their baby was unbelievably long: kidney abnormalities, a cleft lip and palate, an abdominal cyst that could impact liver function and heart problems. Plus, a portion of her brain was missing, her gastrointestinal tract was incorrectly positioned and her gallbladder was malformed. And that was only what was detected from the ultrasound. Doctors suspected more problems.

“We went from the highest of highs to the lowest of lows in about 20 minutes,” Emily adds. “We left feeling we’d kind of already attended her funeral.”

There would be no need for a funeral. Today, more than 30 months after her birth, Charlotte is thriving and is a doting sister to baby brother, Liam. Despite undergoing 11 surgeries, with many more likely in the coming years, Charlotte has become what her mom calls a typical 2-and-a-half-year-old. 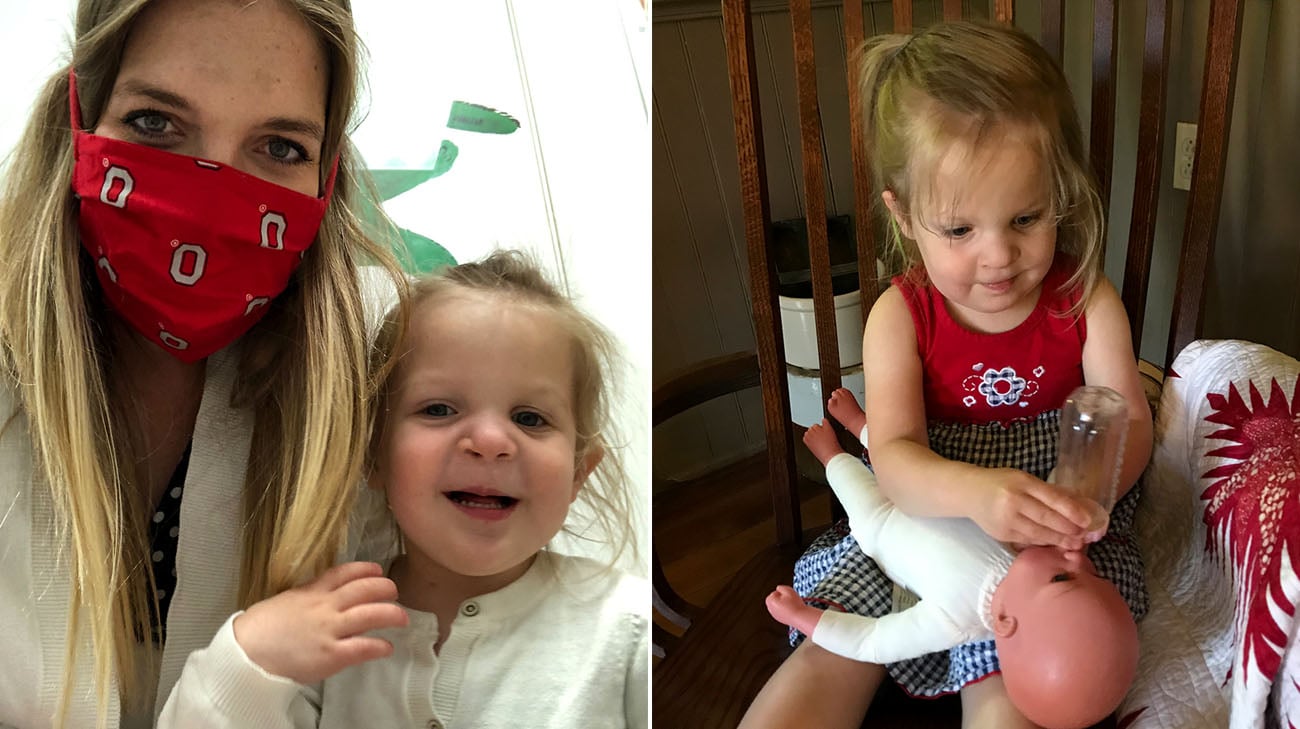 Charlotte has become a joyful toddler, who loves caring for her stuffed animals and baby dolls. (Courtesy: Emily Whiting)

“To see Charlotte now, you would never know her ultrasound indicated she might not survive. She's super sweet and joyful, playing with her little brother and taking care of her stuffed animals,” Emily exclaims. “That kid has been through more than most of us ever will, but she’s so resilient.”

Emily credits much of Charlotte’s progress to an army of Cleveland Clinic Children’s doctors, nurses, specialists and support staff – “probably in the hundreds” – who have swarmed around the family, providing expertise and empathetic care throughout Charlotte’s life.

A glimmer of hope

Emily remembers getting a first glimmer of hope that her baby might live – and live well – less than 24 hours after their first ultrasound test. That’s when they met with Jeff Chapa, MD, head of Maternal-Fetal Medicine in Cleveland Clinic’s Department of Obstetrics and Gynecology.

“Dr. Chapa said to us, ‘I don't know what tomorrow brings or what her future life looks like, but I do know she's alive today. So let's focus on her life,'” Emily recalls. “That gave us a little sigh of relief, enough to take a deep breath and start taking it one day at a time.”

From that point forward, Emily and Daniel made weekly treks to Cleveland Clinic Children’s, about an hour north of the family’s Doylestown home. Pre-birth consultations with neonatologists, pediatric cardiologists and a long list of other specialists prepared Emily and Daniel for what to expect when Charlotte arrived.

Pediatric gastroenterologist and hepatologist Kadakkal Radhakrishnan,MD, was concerned by the number and severity of the baby’s conditions, especially a choledochal cyst (which impacts the ability to drain bile from the liver to the intestines) and several kidney problems.

“Charlotte has so many health issues. They can only be served well by caregivers who communicate properly at all times,” explains Dr. Radhakrishnan, who oversees Charlotte’s growth and keeps a close eye on her liver function. “At Cleveland Clinic Children’s, we are fortunate to be able to do that. All providers are right there, when she needs us. That’s what medicine is all about.” 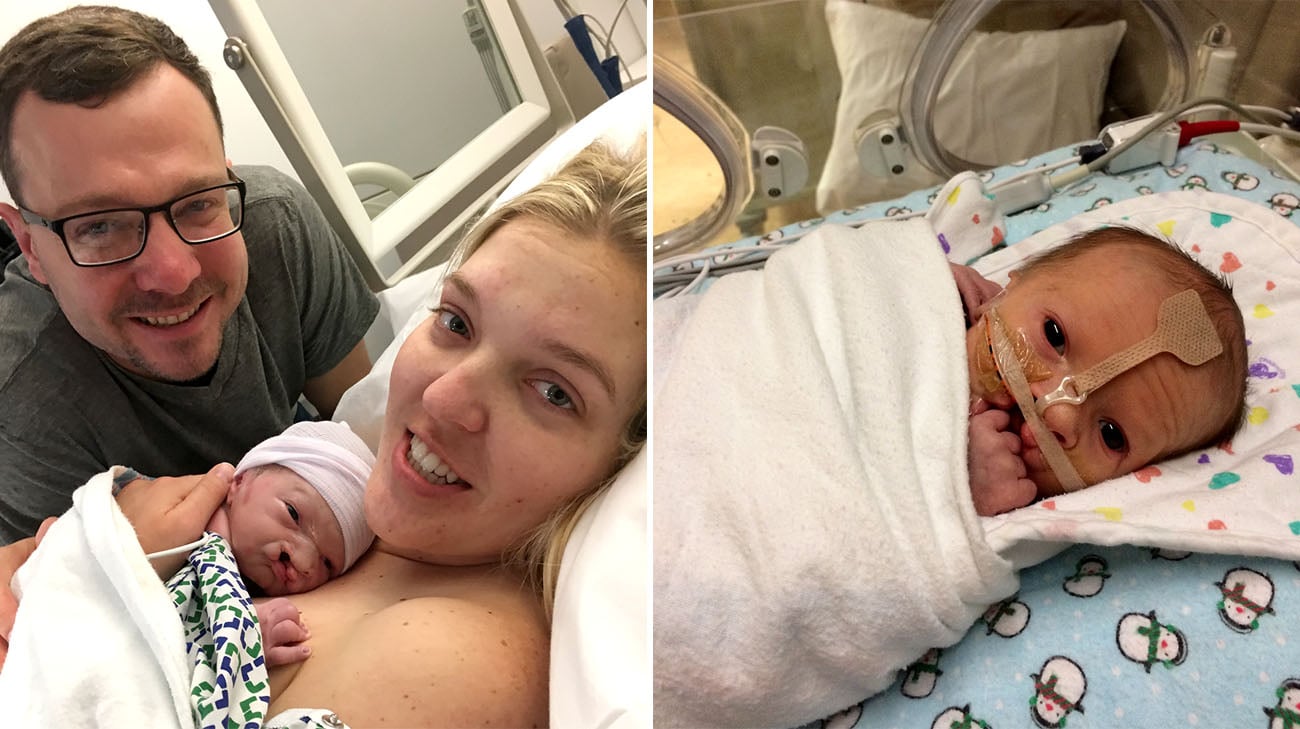 Emily and Daniel were able to hold Charlotte for just a moment, before she was taken to the NICU. (Courtesy: Emily Whiting)

When Emily was induced and Charlotte was born, at about 37 weeks gestation, she and Daniel only had a brief moment to hold her. Then, she was whisked off to the neonatal intensive care unit (NICU) – where Charlotte stayed for 72 days. Less than a week old, Charlotte underwent her first operation, a corrective procedure to improve kidney function.

About a month later, Charlotte faced what Emily calls “the pivotal moment” – a highly-complex operation that removed the cyst threatening her liver and reconstructed/repositioned most of her gastrointestinal tract. In the two years since, more procedures have followed, including several to correct her cleft lip and palate, through Cleveland Clinic's Cleft Lip-Palate and Craniofacial Program 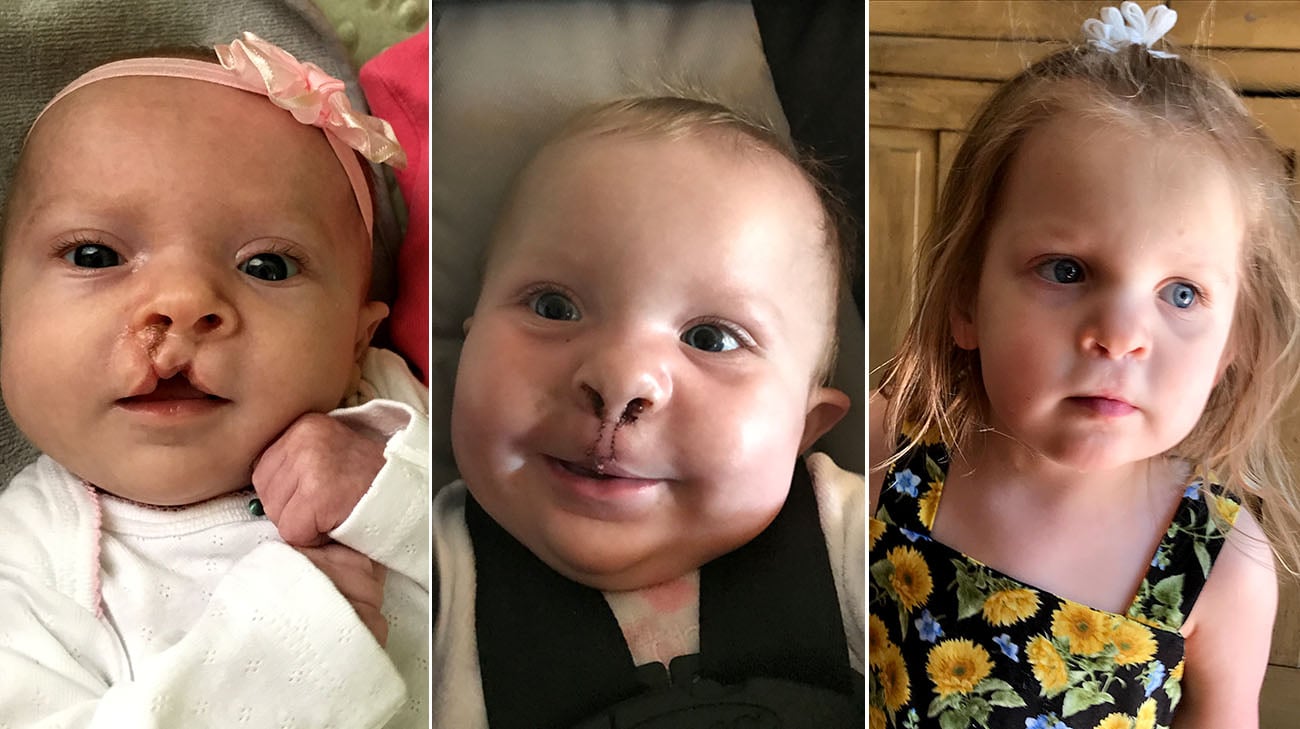 Charlotte had several surgeries to repair her cleft lip and palate, and will have more as she continues to grow. (Courtesy: Emily Whiting)

Dr. Chapa is amazed by her progress: “If you would go back and look at that first ultrasound, I don’t think I would have thought Charlotte would do as well as she has. Kids teach you so much. Given the right medical care and support, and a lot of love from the family, they can thrive.”

Emily is grateful to the outpouring of support Charlotte has received from family, friends and community members. And she holds a special reverence for their Cleveland Clinic “army,” which is always ready for the next challenge.

“Everyone has treated Charlotte like she was their baby,” Emily exudes. “The nurses and the doctors are second to none. From the beginning, they just took us under their wing.” 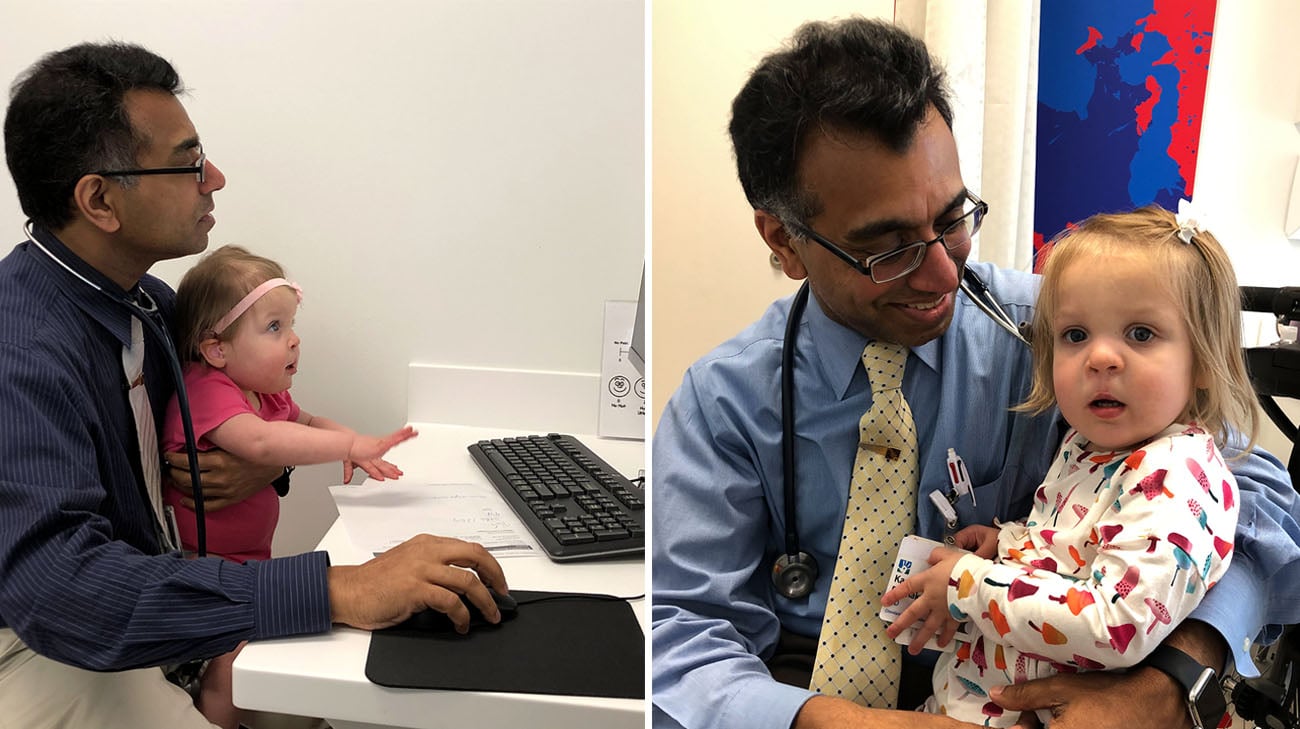 The Whitings are grateful for their 'army' of caregivers, who treat Charlotte like their own child. (Courtesy: Emily Whiting)

The family’s experience has prompted them to participate as 2020 Speak Now for Kids Family Advocacy Week champions. Emily and Daniel will meet with a number of public and elected officials about Charlotte’s health journey and encourage them to support policies that enhance the well-being of children through improvements to children’s healthcare.

“One of the greatest challenges is the sheer volume of care Charlotte needs,” explains Emily. “I stepped away from my job so that I could become a full-time manager of Charlotte's care. But what about the families that can’t do that? Who don't have the finances to make that happen? Or who don’t live close to a world-class hospital like Cleveland Clinic Children’s? Who is helping them?”