Rounding the corner in a Cleveland Clinic hallway, Joe Gilvary caught his first glimpse of 1-year-old Katelyn Kutscher and a wave of emotion swept over him.

“It was very powerful seeing her with her family and realizing I got to be a part of helping this little girl get well,” says Joe, a 59-year-old father of three adult children. “Even just thinking about it right now, it’s very, very powerful for me.”

Brittany Kutscher, Katelyn’s mom, recalls feeling similarly during the family’s first meeting with Joe, who a few months earlier had donated a portion of his liver to save Katelyn’s life. “Anybody that gives part of their organ, especially to somebody they don't know, has got to be a wonderful person,” she says. “Thanks to Joe, Katelyn gets to live her life. And that’s the best gift I’ve ever had.” 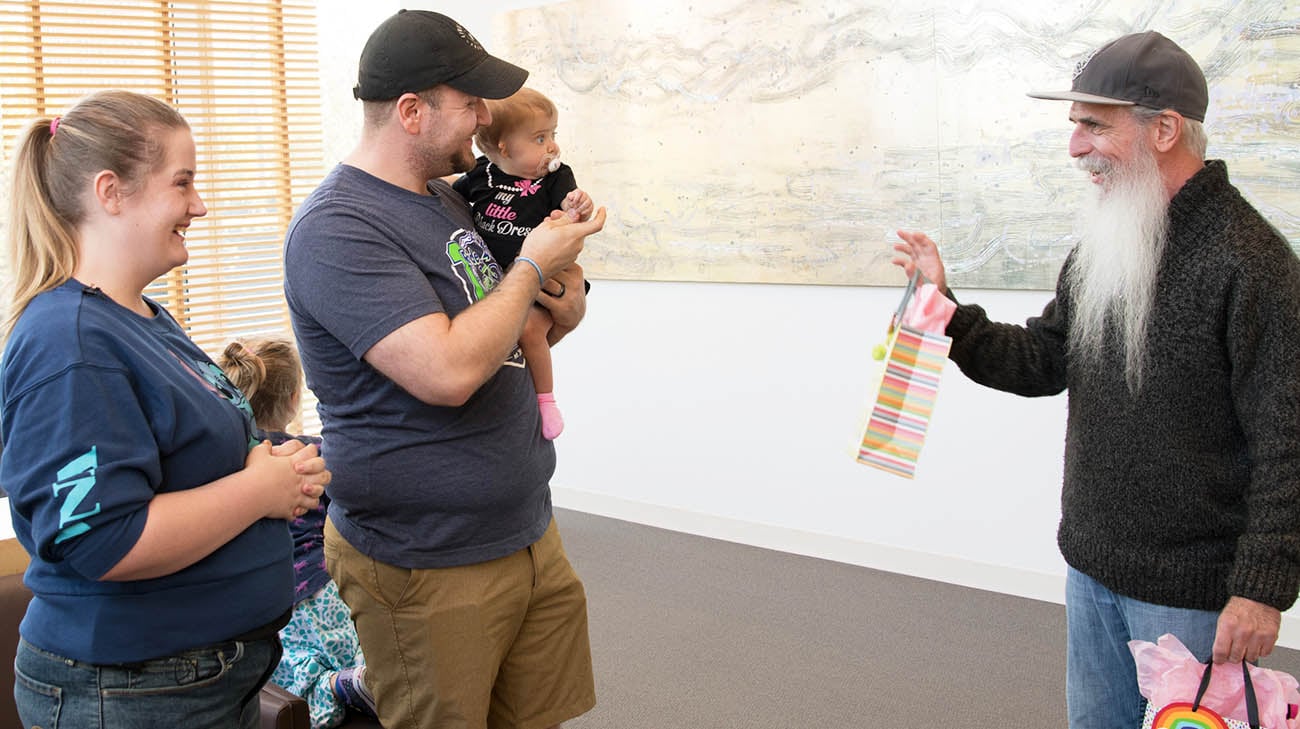 Joe (far right) anonymously donated a portion of his liver to Katelyn. He met her and her family for the first time in October 2019, at Cleveland Clinic, months after the transplant. (Courtesy: Cleveland Clinic)

Joe’s generosity is even more remarkable, given just a year earlier he donated one of his kidneys to another patient in desperate straits. According to records kept by the United Network for Organ Sharing (UNOS), Joe is one of approximately 50 people in the United States to have donated more than one organ, to two different people, over the past 25 years.

“Joe is a great gentleman, so unselfish to give his organs to save another’s life,” observes Katelyn’s transplant surgeon, Koji Hashimoto, MD, PhD, who is director of the living donor liver transplantation program at Cleveland Clinic. “And Katelyn’s condition was really, really bad.”

Days after her birth on December 1, 2018, Katelyn was diagnosed with biliary atresia, a condition in newborn babies in which bile is blocked from moving from the liver to the small intestine. As a result, the bile builds up and damages the liver. There is no cure, although a surgery called the Kasai procedure often alleviates the problem.

Katelyn's condition caused her skin and the whites of her eyes to turn a yellowish hue (far left and center). After Katelyn's transplant, her skin and eyes took on a much healthier pigment and glow. (far right). (Courtesy: Brittany Kutscher)

However, in Katelyn’s case, the Kasai procedure didn’t work. As her mother recalls, “Her belly was filling up with fluid and her skin was just getting yellower and yellower every day. So, in March (2019), we were referred to Cleveland Clinic,” which is one of the only hospitals in Ohio performing both adult and pediatric living donor liver transplants.

Soon after, Katelyn was put on the liver transplant waiting list. However, finding a liver donor – living or deceased – can be difficult, especially in pediatric patients. In fact, due to the shortage of suitable organs, statistics from UNOS show approximately 3,000 people die annually or become too sick while waiting, to receive a liver transplant.

Katelyn’s situation was so dire Brittany couldn’t even think ahead several months, to her daughter’s first birthday. “I didn't even allow myself to plan anything because we didn't know if she was going to be alive. So, after her transplant surgery, I told my husband we could plan her first birthday now.” 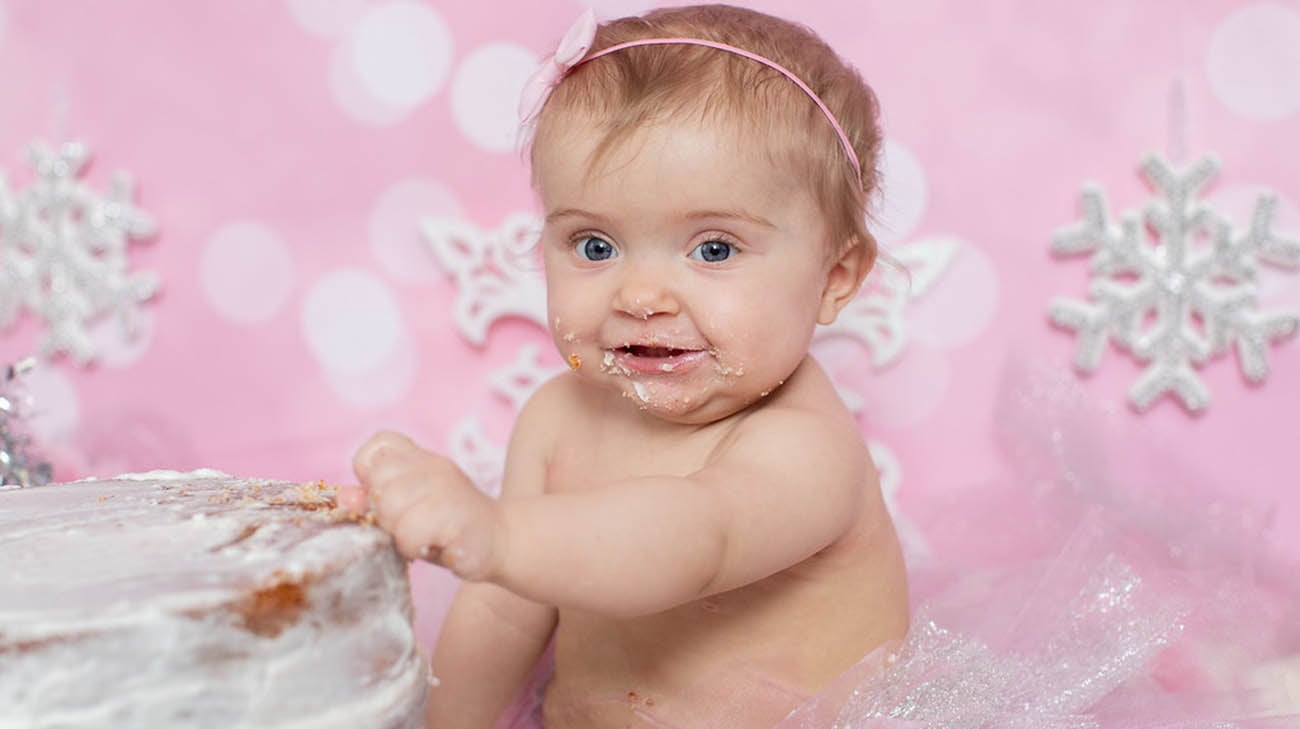 Brittany and her husband, Justin, are grateful they were able to celebrate Katelyn's first birthday on December 1, 2019. (Courtesy: Kelly Summers Photography)

Joe, who had made known his interest in becoming a dual organ donor, was found to be a perfect match for Katelyn with respect to blood type and other criteria. During the operation to harvest the liver, Joe’s transplant surgeon, Federico Aucejo, MD, removed a small lateral segment from the left lobe suitable in size for Katelyn (the donor’s remaining liver typically regenerates to replace the removed section within 6-8 weeks).

“We undertake a rigorous medical and psychological evaluation of potential donors. Our view is that if individuals are fit, and their kidney function is within normal limits, even after donating a kidney, they will be considered for liver donation,” Dr. Aucejo explains. “A (second) transplant operation is unlikely to have a detrimental effect on them.” 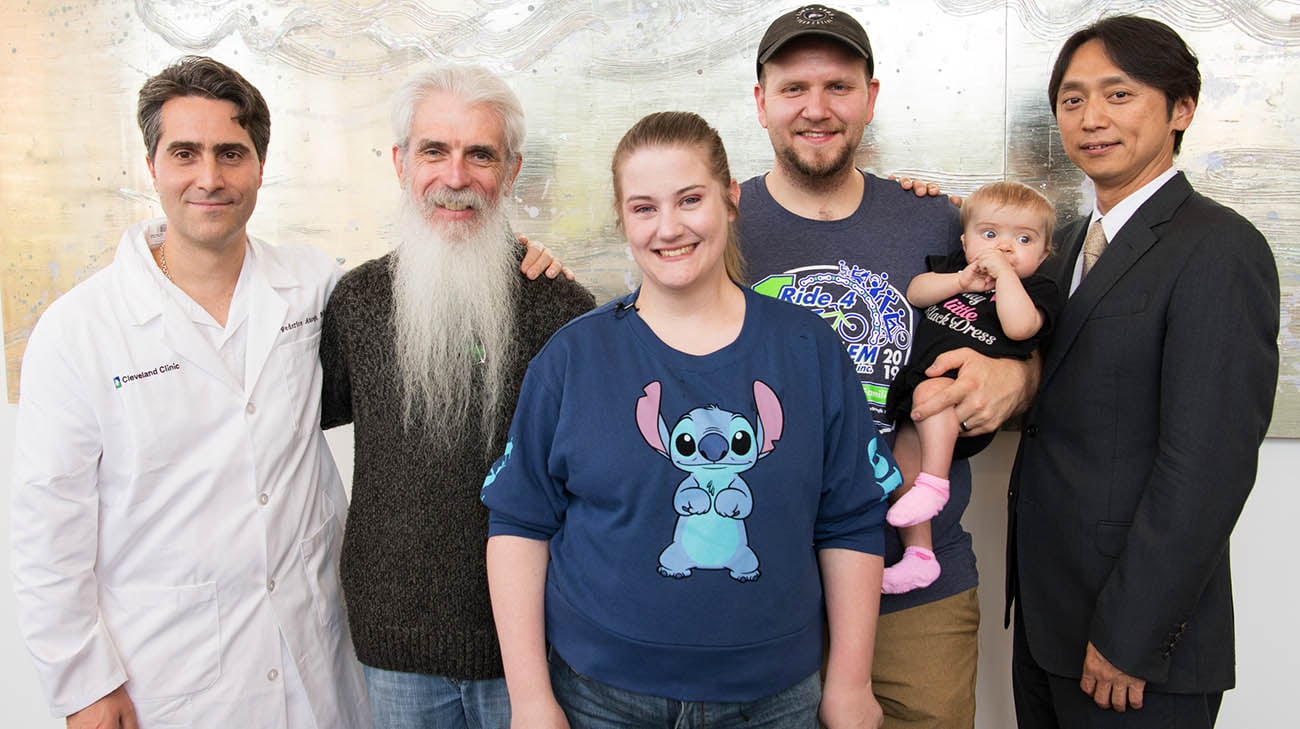 That proved to be the case with Joe, whose surgery was completed without complications. In an adjacent Cleveland Clinic operating room, during a day-long operation, Dr. Hashimoto successfully transplanted the liver segment Dr. Aucejo removed from Joe. Although Katelyn required follow-up surgery due to a blood clot, the procedure otherwise went according to plan. 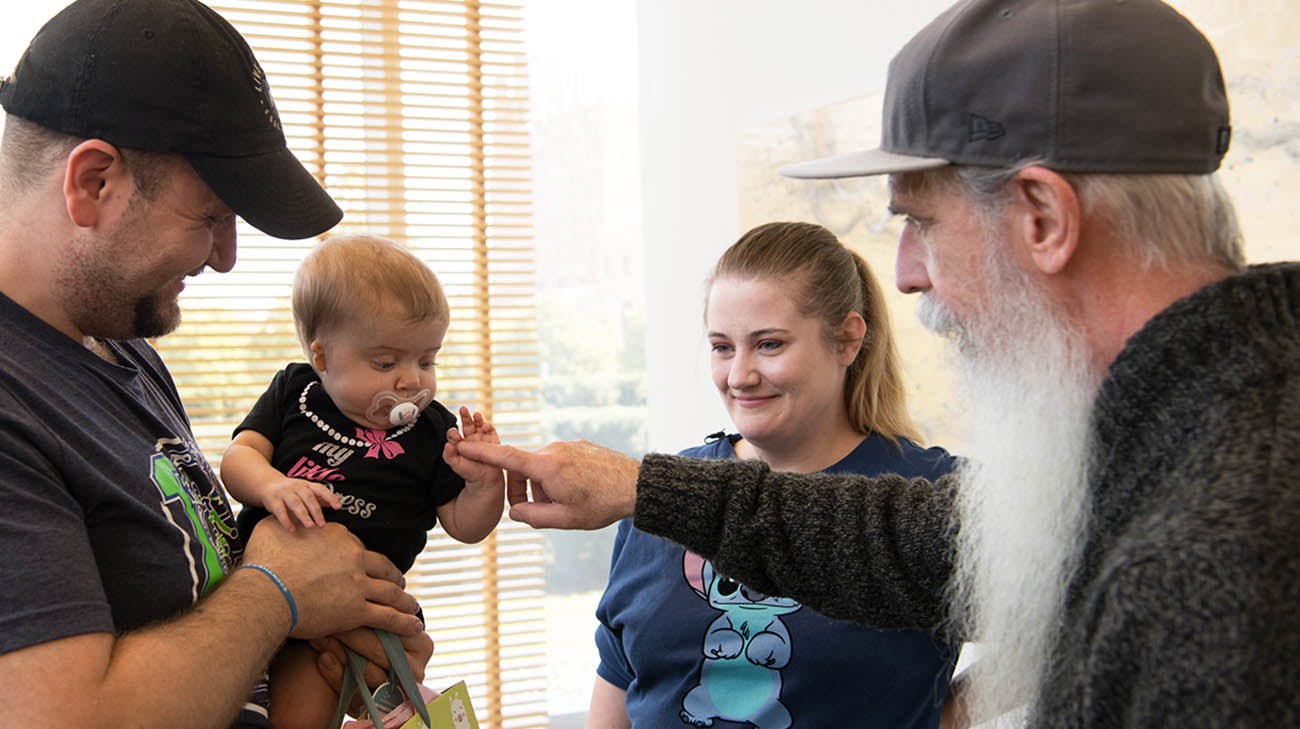 While Joe was an anonymous donor, and only knew the recipient was a child, he wrote a letter to the family asking to meet them. The Kutschers quickly agreed, setting the stage for the emotional meeting weeks later at Cleveland Clinic.

Although Dr. Aucejo calls him courageous and “someone very special,” Joe says the act of donating an organ – twice, in his case – was something of a selfish endeavor. “I do feel like I got more than I gave from this experience,” he says. “I really hope Katelyn goes out to the world and lives the life that she wants – a good life.”