Ashland University Coach on Track in His Battle to Overcome Leukemia 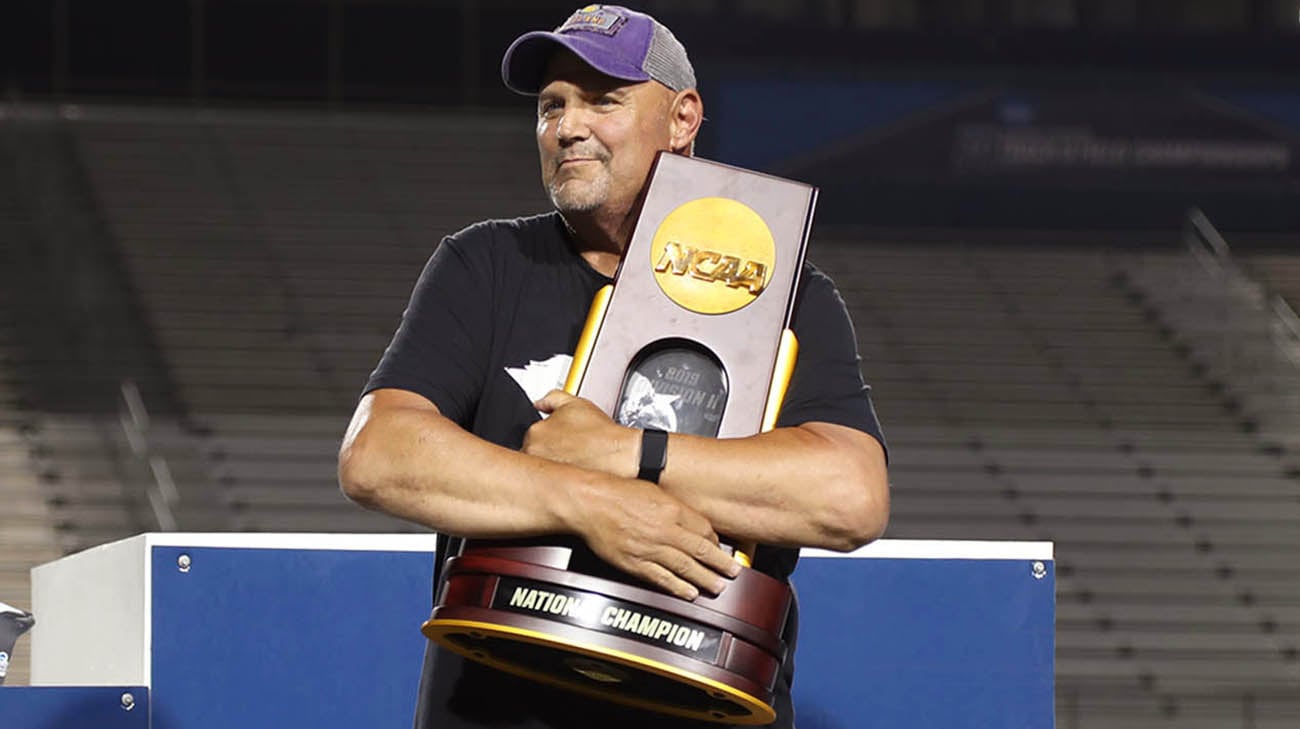 For some people, the diagnosis would seem grim -- B-cell acute lymphoblastic leukemia (ALL), a rare form of cancer that strikes only about 6,000 Americans annually.

Jud Logan was undaunted. The 60-year-old is a four-time Olympic athlete in the hammer throw, and the longtime track and field head coach for one of the strongest NCAA Division II programs in the country, at Ashland University. 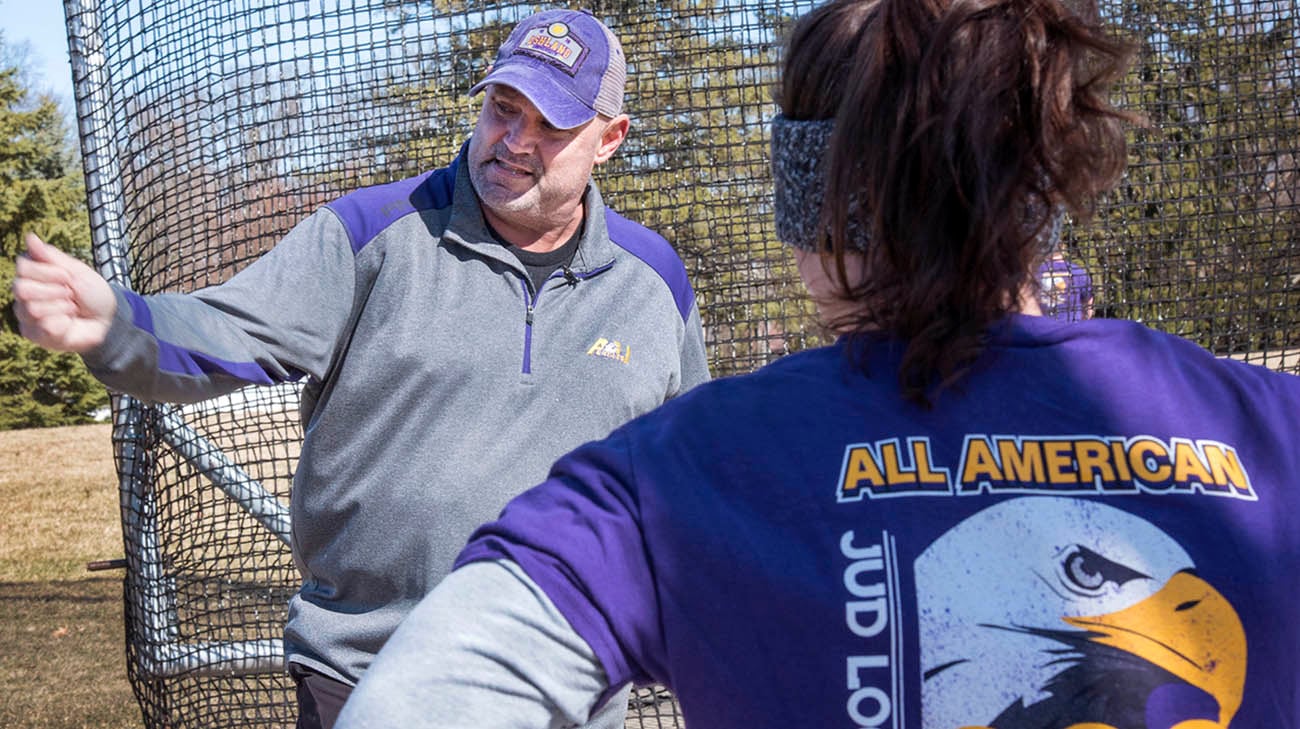 Jud coaching one of his hammer throw athletes, during practice, at Ashland University. (Courtesy: Cleveland Clinic)

“I’m built for this. If anybody can handle the regimens of chemotherapy and the adherence to a schedule, it’s an athlete,” asserts Jud. “I knew I would do well with the treatment. As I told the doctors, I’m not looking for easy. I’m only looking for possible.”

That mindset and determination were music to the ears of Hetty Carraway, MD, Jud’s oncologist at Cleveland Clinic Cancer Center.

“Jud has a presence about him. He is truly a leader, a guiding light for everyone around him,” notes Dr. Carraway. “Being a physician that cares for a lot of cancer patients, I see him as a very unique individual. I tell him every time I see him that he’s an inspiration. He has successfully endured intensive chemotherapy with both independent physical and mental strength, as well as, remained vulnerable to sharing the challenges that come with this kind of diagnosis. He builds a community of strength and faith around him, and I can tell he has done this for years as part of his inherent nature and skillset. I remind him, when I see him, that he's an inspiration." 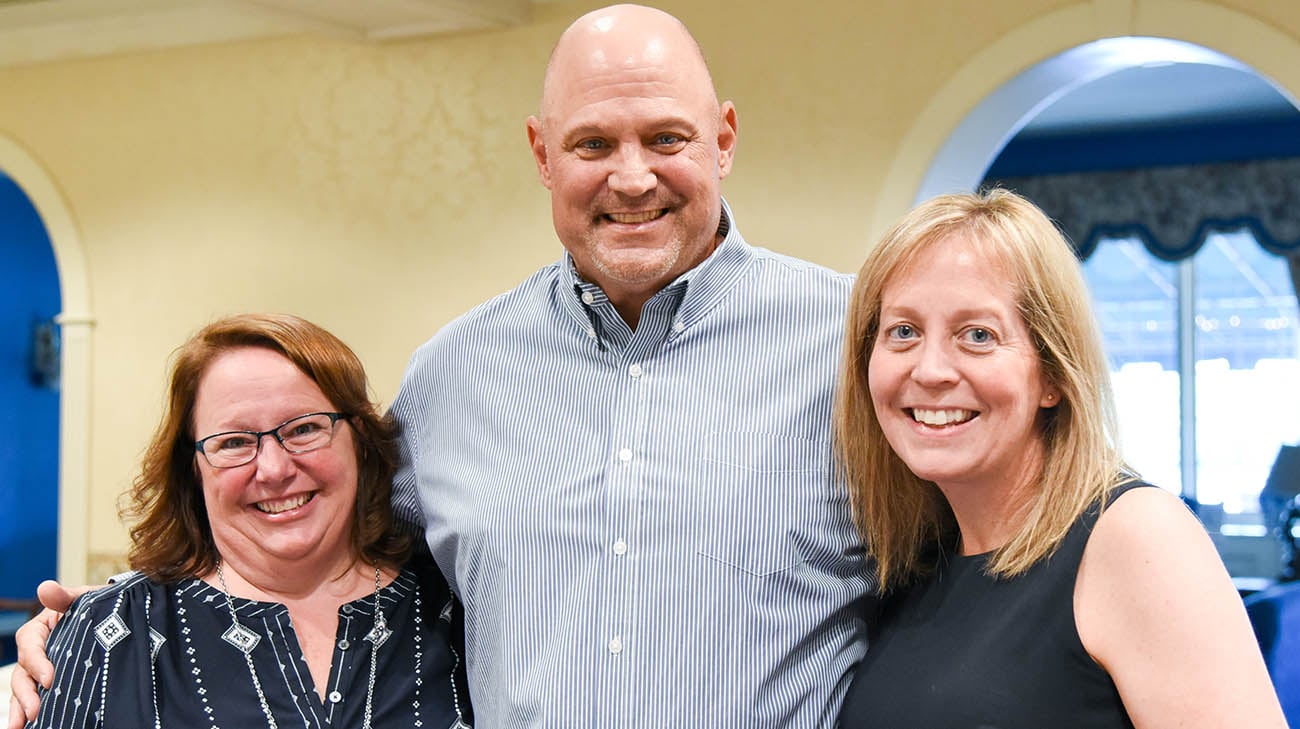 Each time, the Eagles prevailed by just one single point – with the first championship occurring while their head coach was back in Cleveland, receiving phase one of his chemotherapy regimen for ALL. 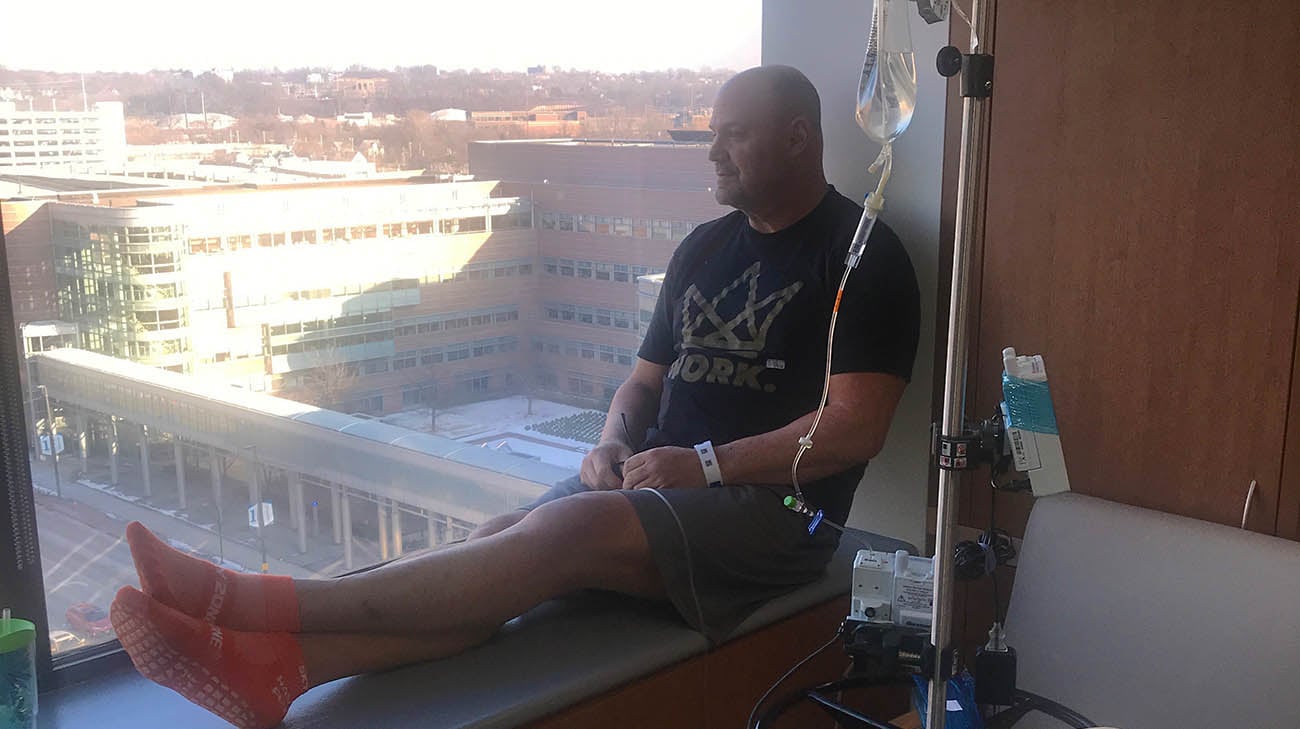 Jud watched every moment of the indoor championships from his Cleveland Clinic room, streaming the action on his iPad with wife Jill by his side. Thrilled that his team won its first-ever national championship, after several runner-up finishes, Jud refused to admit that his personal ordeal inspired his team to greatness.

“All I told the team and my associate head coach, Ernie Clark, was that this is not time to ‘win one for the Gipper.’ The mark of a good coach is to send kids out into competition prepared and not have them rely on you,” Jud recalls. “I said, ‘This is your time to reap the rewards of training. You’re ready. If you want to honor me, do what you’re capable of.’ And they did.” 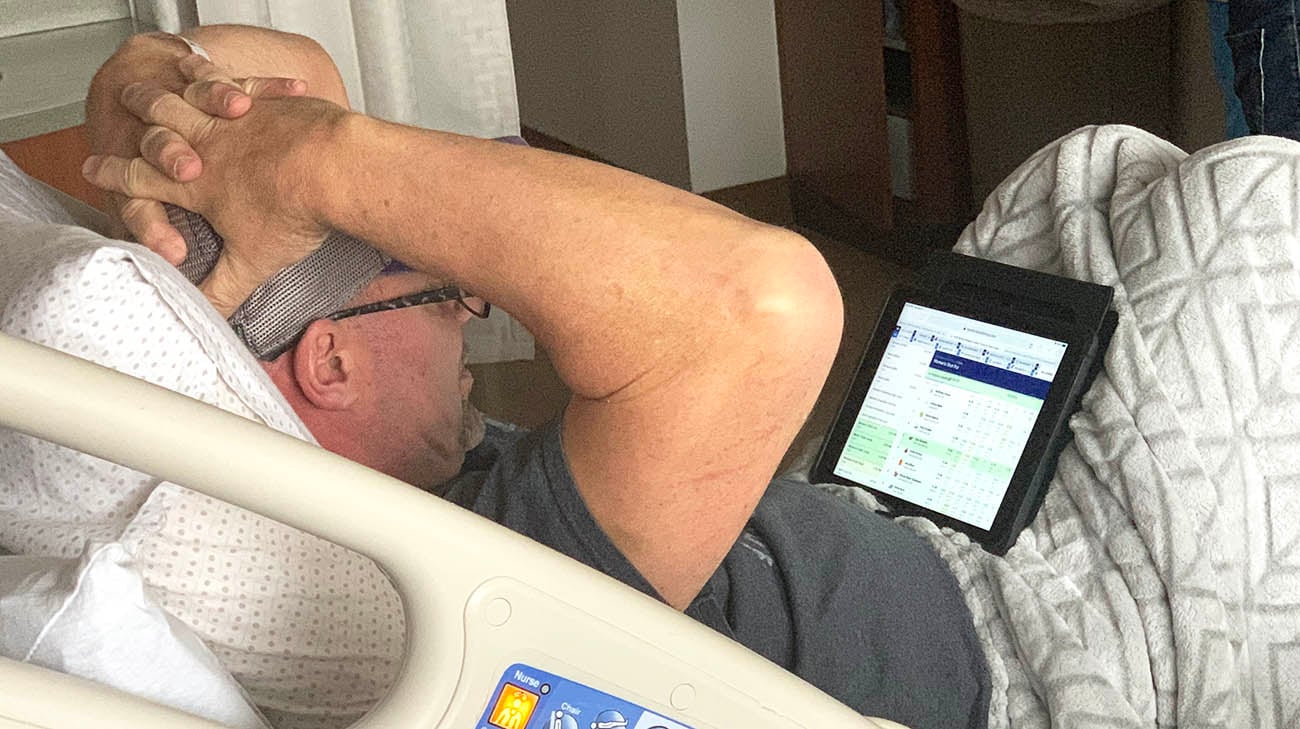 Jud watching his team's results from the NCAA Division II indoor national championships. He wasn't well enough to attend in person so he had to watch via livestream. (Courtesy: Jenna Ally)

Jud was unable to attend because he is part of a nationwide clinical trial that is testing the efficacy of targeted chemotherapy, in combination with, standard, multi-agent chemotherapy, to eradicate the ALL. As Dr. Carraway describes it, the treatment regimen is quite intense, requiring alternating three- to six-week treatment cycles, some requiring inpatient stays for up to one month and others requiring continuous infusions for 28 days, through a “fanny pack” drip tied to a chest port, in addition to, other forms of treatment.

“The way I describe it to Jud and many of my patients with leukemia is that this is a marathon chemotherapy. Just when you start feeling well, I give you more chemo. You recover from it, and then I hit you again. It requires endurance, willpower and grit –all attributes Jud has honed in on through personal years of preparation for Olympic competitions and his impressive mastery as a coach.” 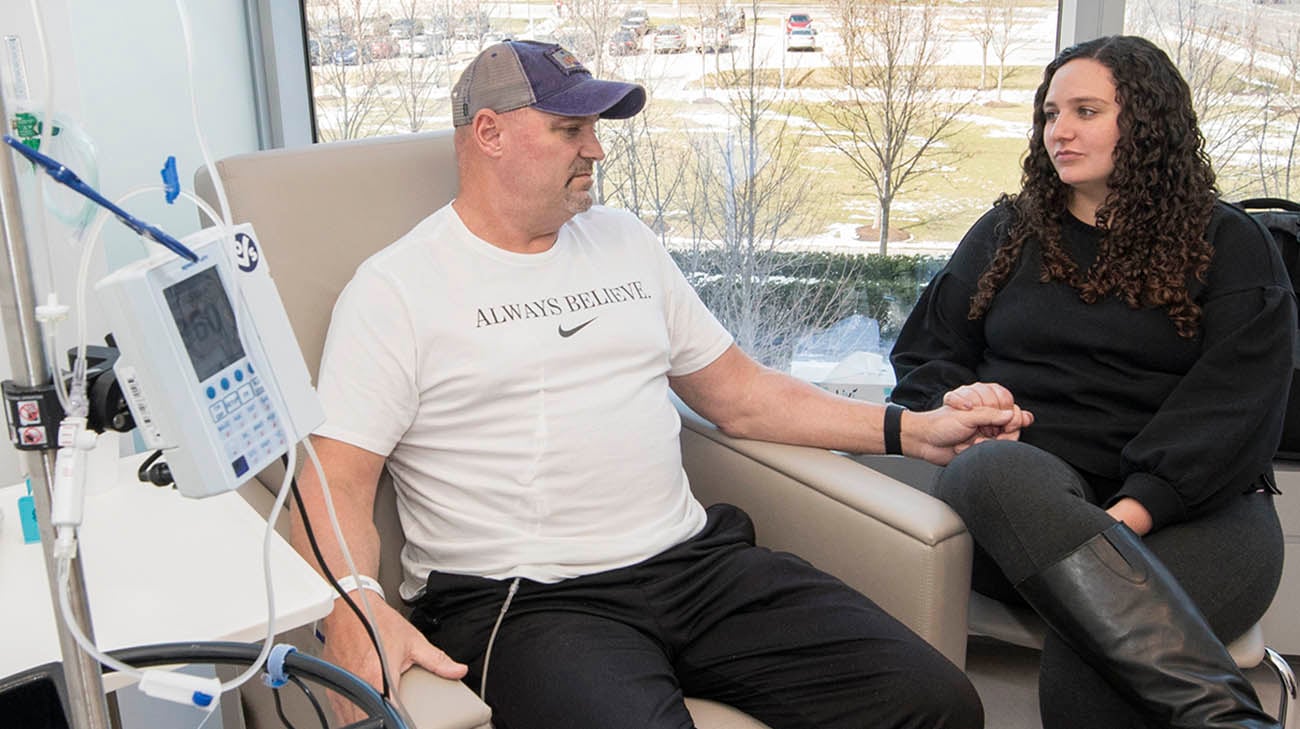 When it came time for the Division II outdoor championships in spring of 2019, Jud happened to be in an outpatient protocol. He made the journey to Texas with his team, while battling severe fatigue. He didn’t miss an event over the two-day meet, despite the 95-degree heat.

“It was pretty brutal. I would be at the meet all day and then be in bed by 9 o’clock, exhausted, trying to figure out if I could do it again the next day,” says Jud. “That gave me time to rebuild my energy and passion and focus, and then transfer everything I had to the kids.” 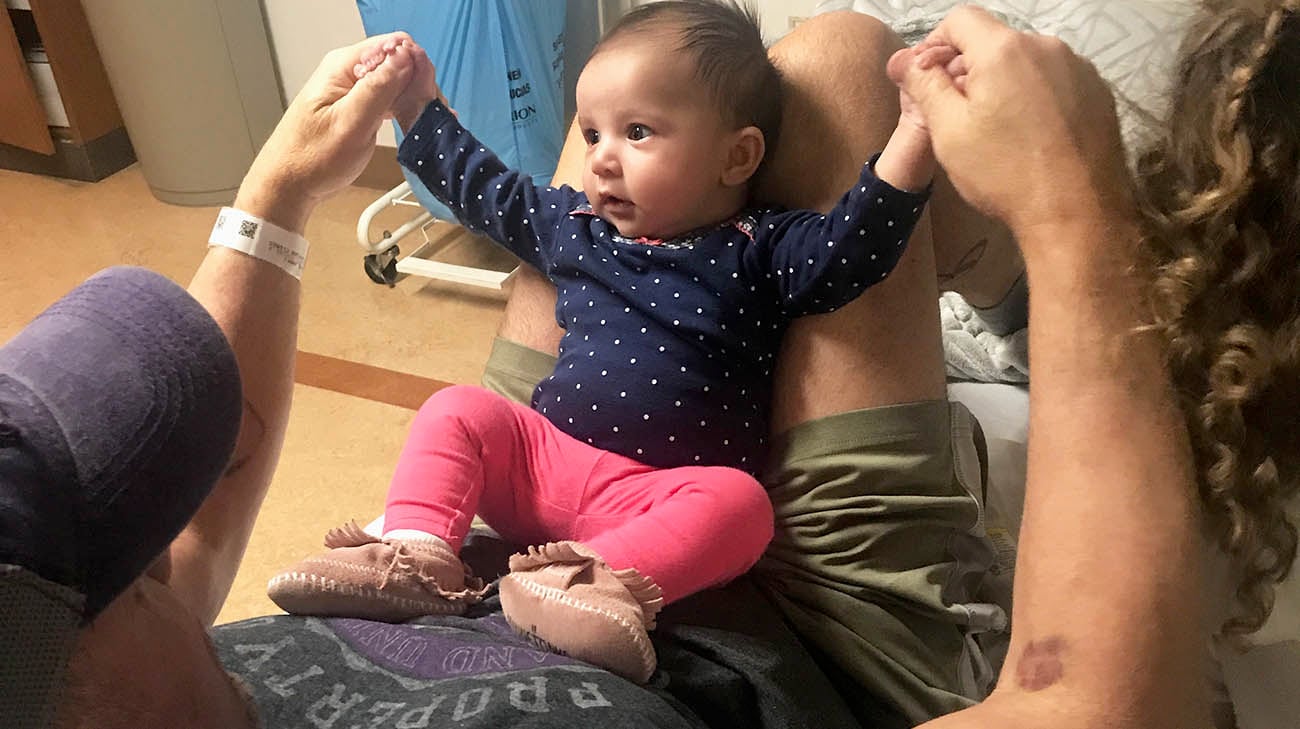 This time, when the Eagles rose from seventh place to first on the final day, Jud was there to experience it – in person. “We had exceptional performances, and some other teams ahead of us started faltering. To me, it all goes back to preparation and belief and the type of kids we get at Ashland. We’re blessed.”

Jud feels the same way about his treatment at Cleveland Clinic. While his cancer is in remission, the treatment process through the clinical trial will continue unabated until spring 2020, followed by continued maintenance chemotherapy for another year-and-a-half. Jud has no complaints, just advice for others who may be facing a similar ordeal. 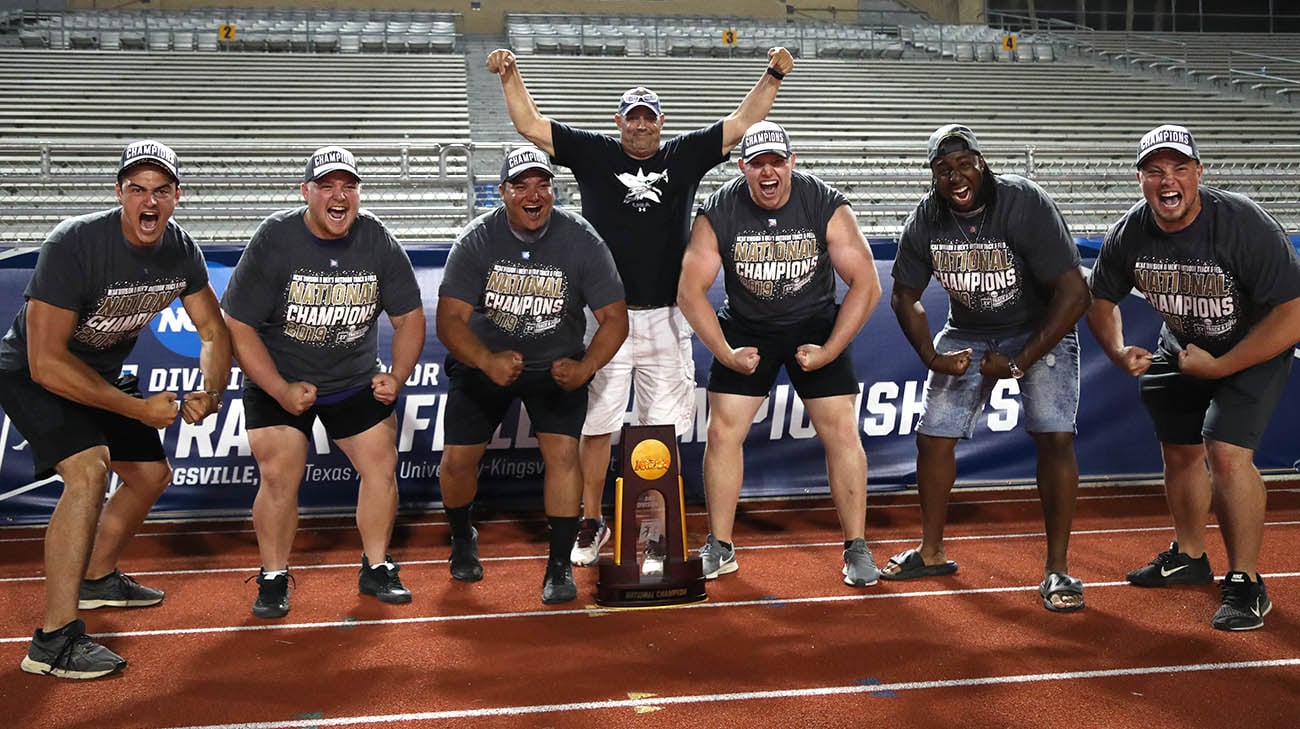 “You need to do three things,” he says, in full coach mode. “Set short-term goals and beat them. You can’t reach the top of the cathedral without laying the bricks on the base.”

Secondly, he says to rely on your support system – your family and friends. “You don’t have to go on this journey alone,” states Jud. “And third, believe in your team. There’s a reason I went to Cleveland Clinic. This is what they do. They’re good at it. Let them do the job.”