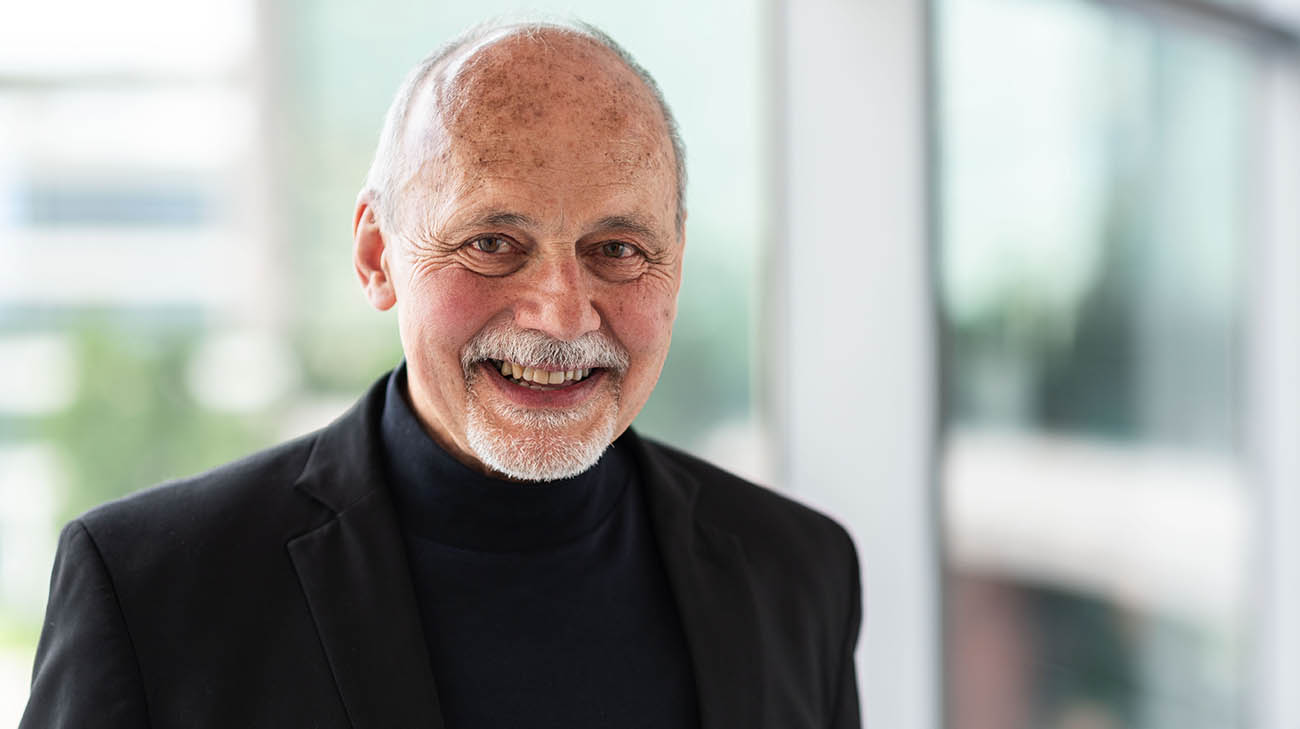 On the short helicopter ride to Cleveland Clinic from the Medina, Ohio, school where 800 people witnessed his sudden cardiac arrest, Dr. Stephen Sroka – on the brink of death -- had an epiphany.

“I was barely conscious, but kept thinking – I’ve got it all wrong,” recalls Stephen, 76, a motivational speaker and adjunct assistant professor at Case Western Reserve University’s School of Medicine. “For decades, I’ve talked about the Power of One person to make a difference. But the Power of One wasn’t going to save me that day. If these other people don’t step up, I’m dead.” Stephen (second in from right) with members of the critical care transport team who flew him, by helicopter, to Cleveland Clinic. (Courtesy: Stephen Sroka)

Now back on the motivational speaking circuit, where he strives to help students and educators in dealing with serious issues like drugs and school violence, Stephen has a new message: You have "The Power of One" to start a fire, but you need "The Power of Many" to keep the fire burning.

The many who helped save him – two school resource officers who rushed to begin first aid when he collapsed during a speech, the school principal who was recently trained in and used an automated external defibrillator (AED) to restore his heartbeat, the team at Cleveland Clinic, especially the physician he calls, “my personal hero,” Mazen Hanna, MD. Stephen with the two Medina, Ohio, police officers and the Medina High School assistant principal, who restored his heartbeat, while he was experiencing cardiac arrest. (Courtesy: Stephen Sroka)

Dr. Hanna, a cardiologist, learned Stephen was suffering from the ATTR form of cardiac amyloidosis, a disease in which protein is deposited in the heart and causes it to malfunction. As no treatment for it existed, other than a heart transplant, he encouraged Stephen to join a clinical trial (for which he served as lead investigator) with the drug tafamidis.

“Our hope was that patients – like Stephen – would soon have a treatment option,” explains Dr. Hanna, who is Co-Director of the Amyloidosis Center at Cleveland Clinic. “We knew it wouldn’t cure the disease, but might slow its progression and improve patients’ survivability and quality of life.”

In late spring of 2019, based on results of the multi-phase trial that included Stephen and hundreds of other patients, the Federal Drug Administration (FDA) approved the drug as the first-ever treatment for the ATTR form of cardiac amyloidosis. Dr. Hanna was co-author of the study, which was published in fall of 2018, by the New England Journal of Medicine. 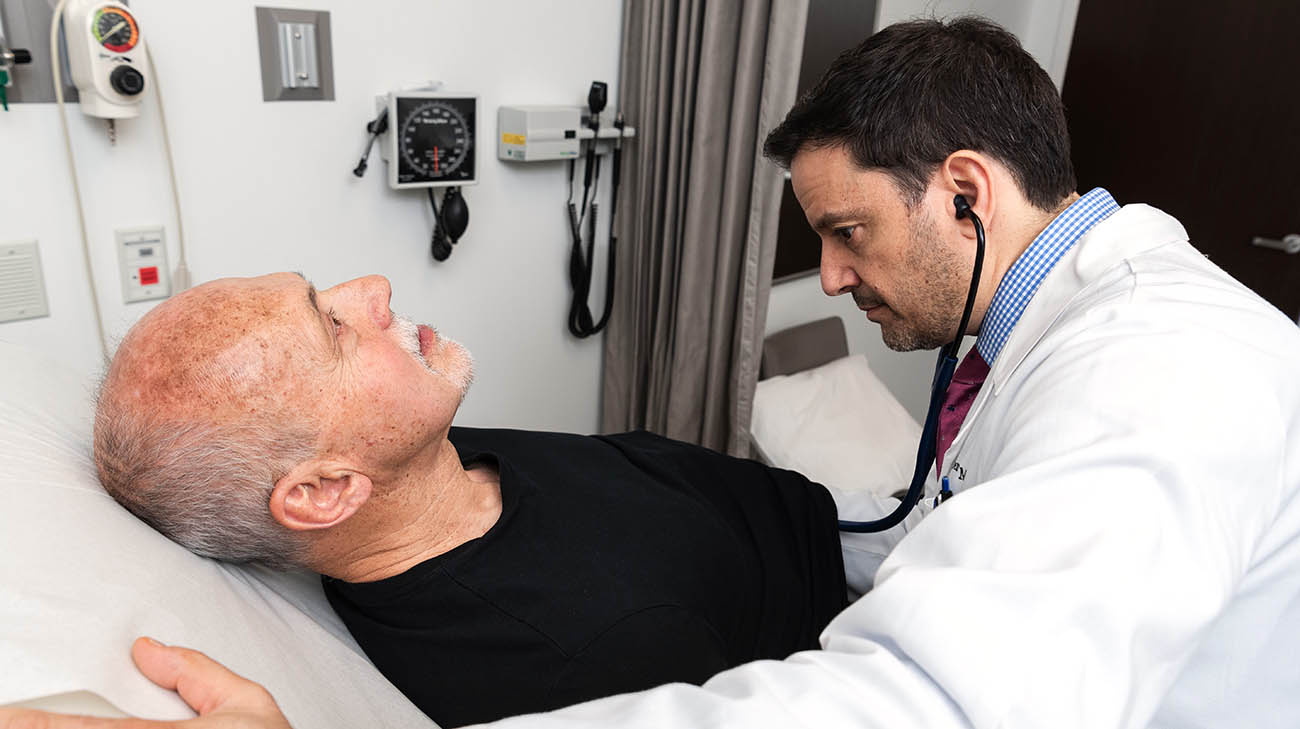 According to the results, tafamidis was associated with reductions in mortality and cardiovascular-related hospitalizations. It also reduced the decline in functional capacity and quality of life.

Since he has been using the drug, Stephen has continued to live his “normal” life – filled with grueling daily exercise workouts and motivational speeches that take him around the world.

That has included a return trip to the Medina school where he suffered his cardiac arrest. While accustomed to standing ovations after his powerful presentations, this time, Stephen received one just for walking on stage. 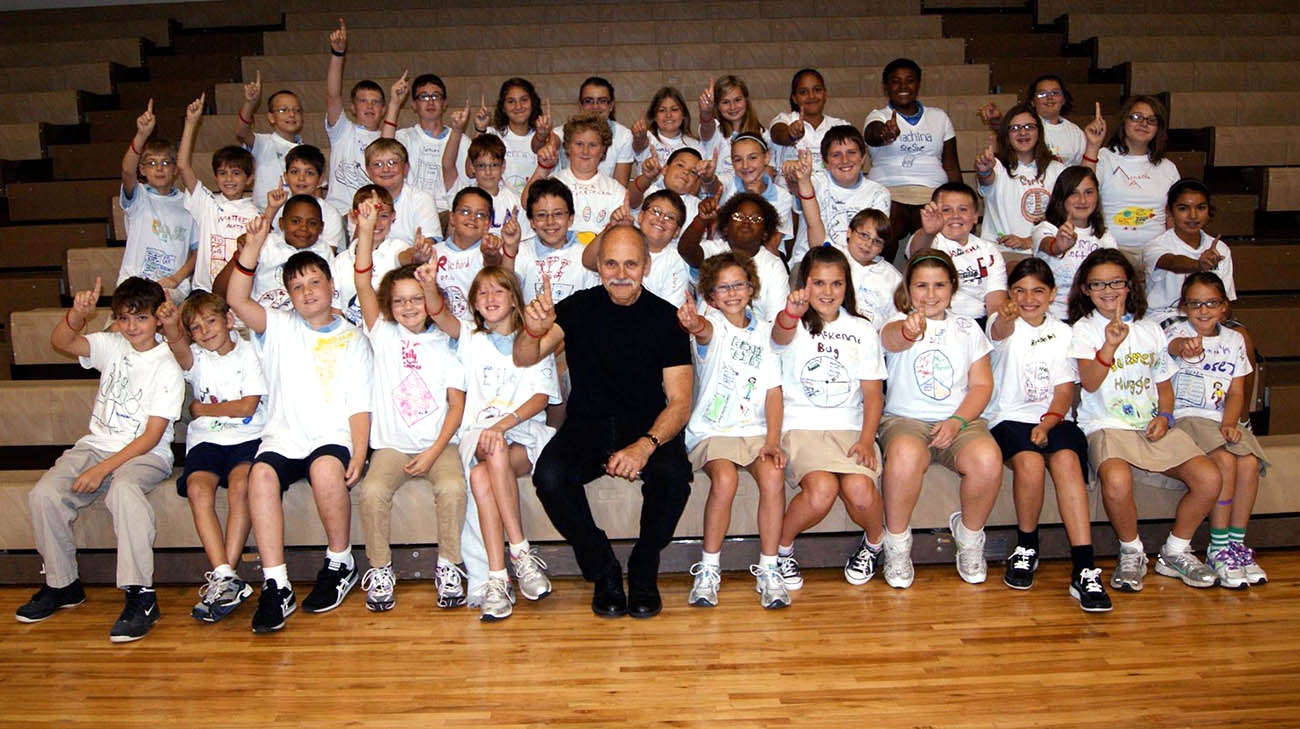 Stephen, with students at an Ohio school, after delivering one of his "Power of Many" presentations. (Courtesy: Stephen Sroka)

“To watch me die and come back to life, and then return to speak to them again, was quite exciting,” notes Stephen. “You could say I made my presentation with more heart than ever. It was quite an emotional time.”

Dr. Hanna, too, felt waves of emotion upon learning the FDA had approved the drug. “This is exciting and historic news. We are indebted to Stephen and all the other brave patients who enrolled in the study and helped make this happen.” 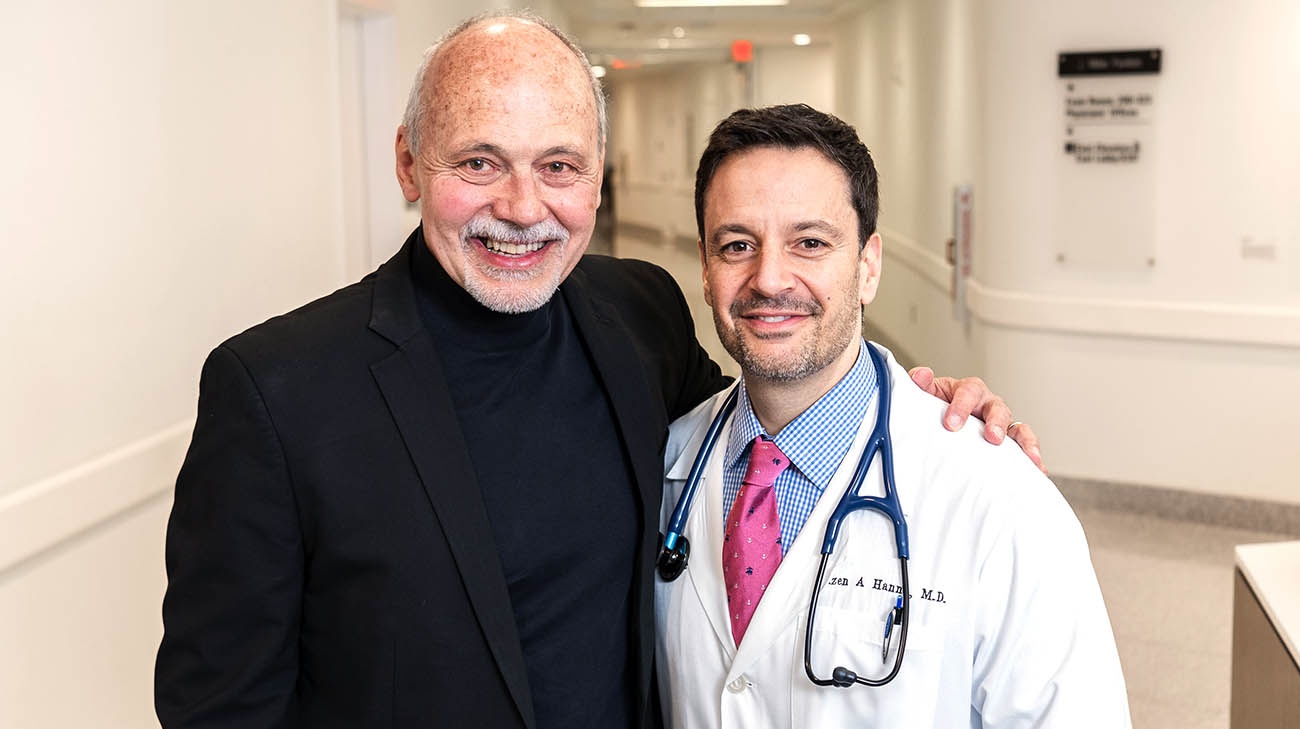 Stephen has become not only an advocate for patients with all forms of amyloidosis, but he is also trying to help spread the word about this underdiagnosed disease within the medical community. Diagnosis, too, is becoming easier thanks to advancements in nuclear bone scans and blood/urine tests to help detect the condition, or rule out other possibilities.

“I’m a lot more hopeful than before about the future, for me and others dealing with this disease," says Stephen.

“There's a lot of stuff I want to do with my life, and I’m creating a bucket list. I'm a young guy, so I got a lot of time left to live.”
Read Story