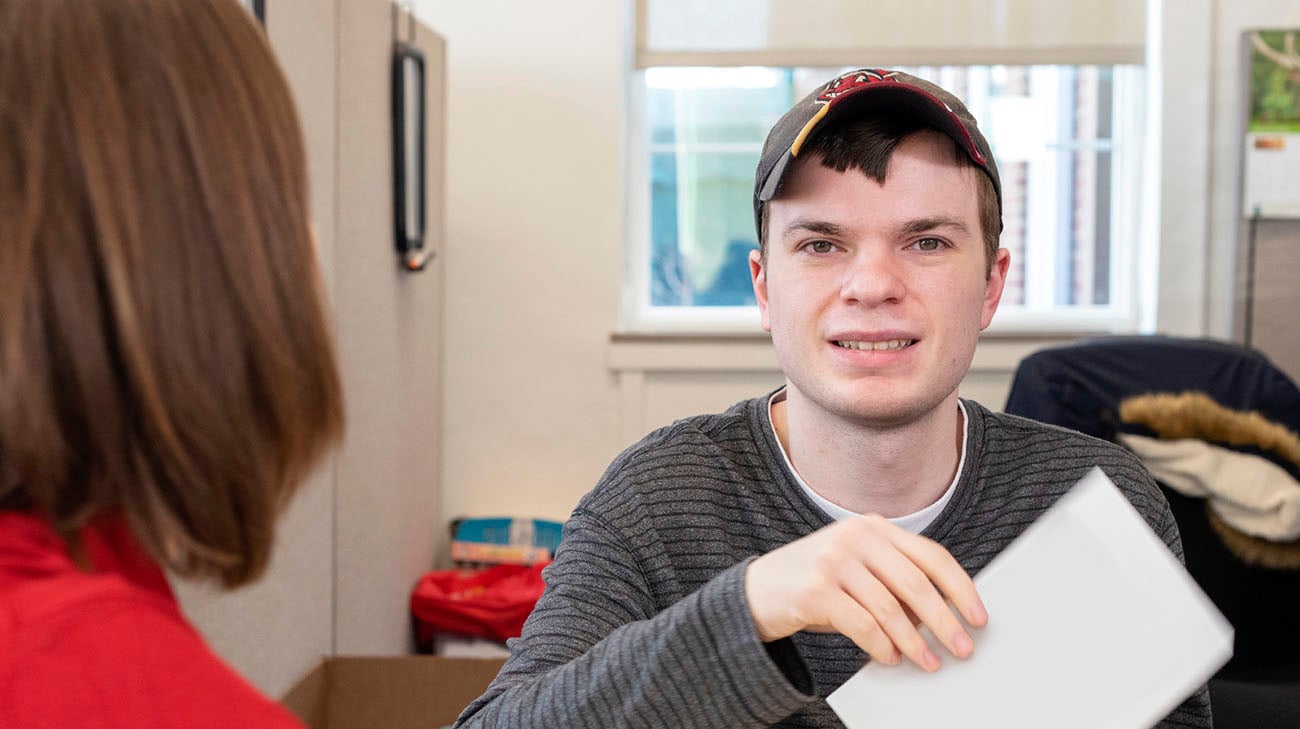 In the past decade, only about 6 percent of Boy Scouts have earned the prestigious rank of Eagle Scout. And 20-year-old Timmy Hargate – a longtime student at the Lerner School for Autism – is one of them.

“I am so proud of Timmy and happy to be a part of his accomplishments,” says Phoebe Mason, a speech language pathologist at the school, which is part of Cleveland Clinic Children's Center for Autism. “He’s made so much progress over the years, and has become a real leader at the school and in scouting.”

Diagnosed with an extreme speech delay, Timmy is most often mute when he attempts to speak. According to his father, Ed Hargate, Timmy is “very smart and he understands what people are saying to him. He’s just not able to verbally communicate very well without a speech-generating device (SGD).” 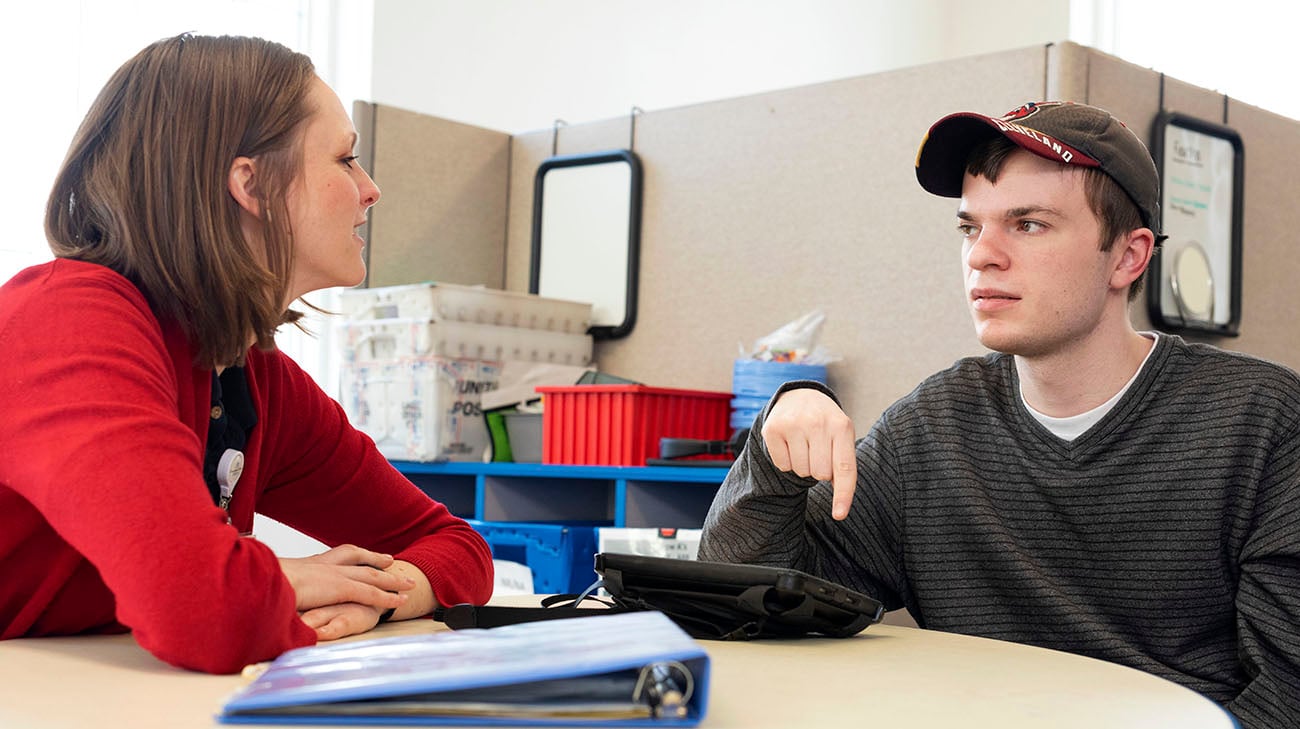 Timmy learned to use his SGD at the Lerner School. He types in words or hits pre-programmed responses on an iPad. It played a key role in Timmy’s Eagle Scout service project, the culminating requirement to attain Eagle Scout status. The project Timmy chose was to plan, organize and manage the annual summer Field Day at Lerner School.

Working with his teachers, Timmy spent weeks selecting activities and games that would be appropriate for his fellow students, and scheduled fellow members of Troop 461, to be responsible for each activity. Timmy handled marketing by creating posters, made sure everything was set up the day of the event, and oversaw the management of all activities and even tear-down.

“It was great opportunity for Timmy and the other scouts to partner with our school in a way that serves our students and our families,” adds Phoebe. “We saw Timmy bring these two parts of his world together, and he really lived out the Scout Law of serving others.” 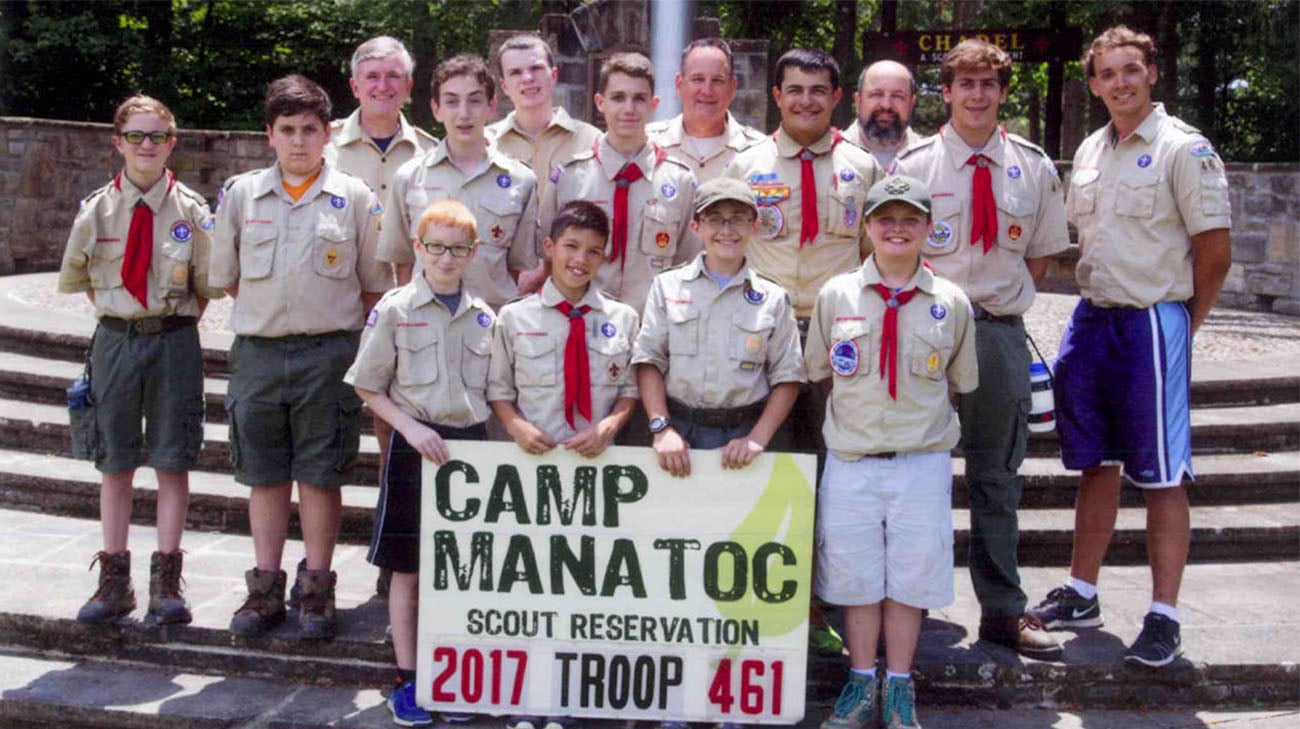 In most cases, scouts need to finish their Eagle Scout requirements before they turn 18. However, Boy Scouts can accommodate members with special needs, like Timmy, who may need additional resources and time to complete the qualifications.

A student at Lerner School since age 7, Timmy joined Troop 461 when he turned 11. Inspired by the participation in scouting of his older brother, Ed, Timmy was interested in becoming a Boy Scout because of his love for camping, hiking and the outdoors.

“The school and scouts are his two principle activities, and they keep him busy,” notes his father, Ed. “Lerner School has really helped him learn how to communicate with his peers and adults, and being in Troop 461 has done a lot for his socialization skills.” 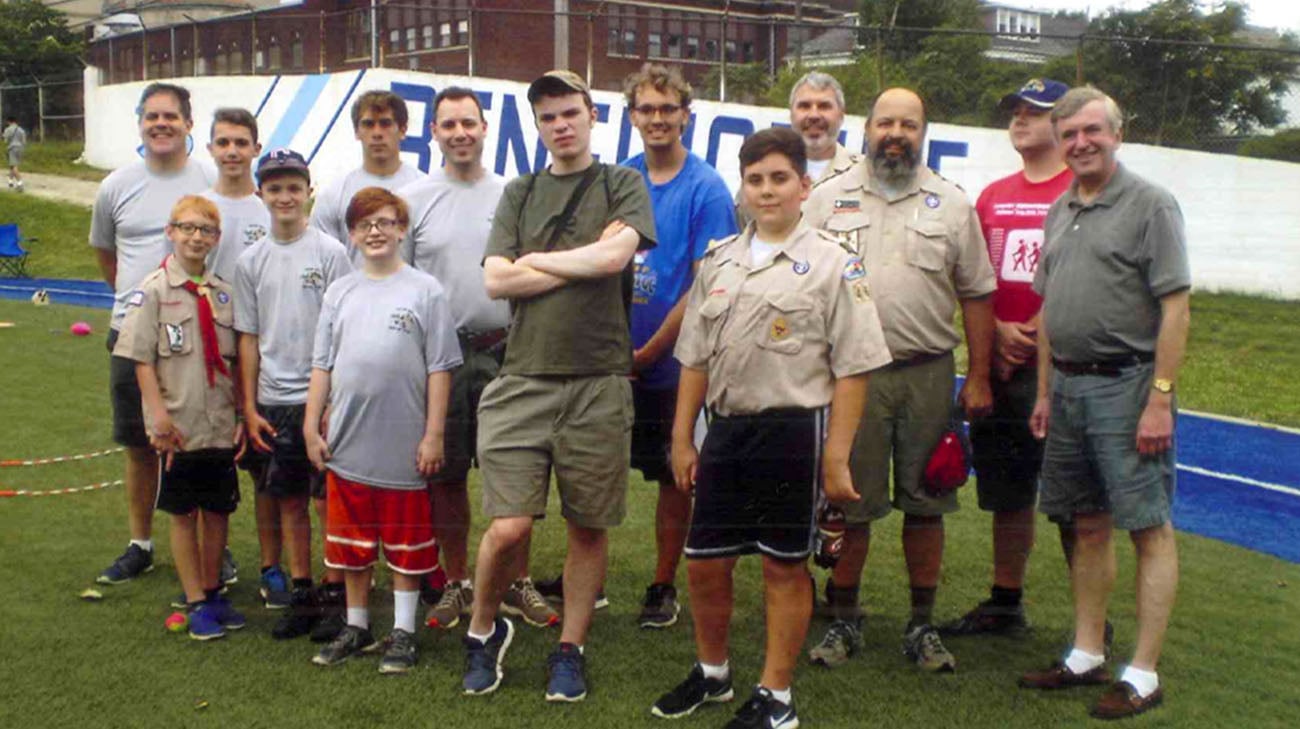 When he graduates from school at age 22, Timmy hopes to get a full-time job. He will also continue his participation with Troop 461 has an adult leader. His dad has no doubt that he will do well with any endeavor.

“Timmy works hard and is dedicated to any project he takes on,” explains Ed. “Earning Eagle Scout was a great accomplishment for him, because it shows he can do so very difficult tasks, even with a disability.”

Adds Phoebe: “Timmy is awesome. He’s always smiling and encouraging other students in the classroom. I think becoming an Eagle Scout would be hard for anybody, and to see what he has done is just amazing.”