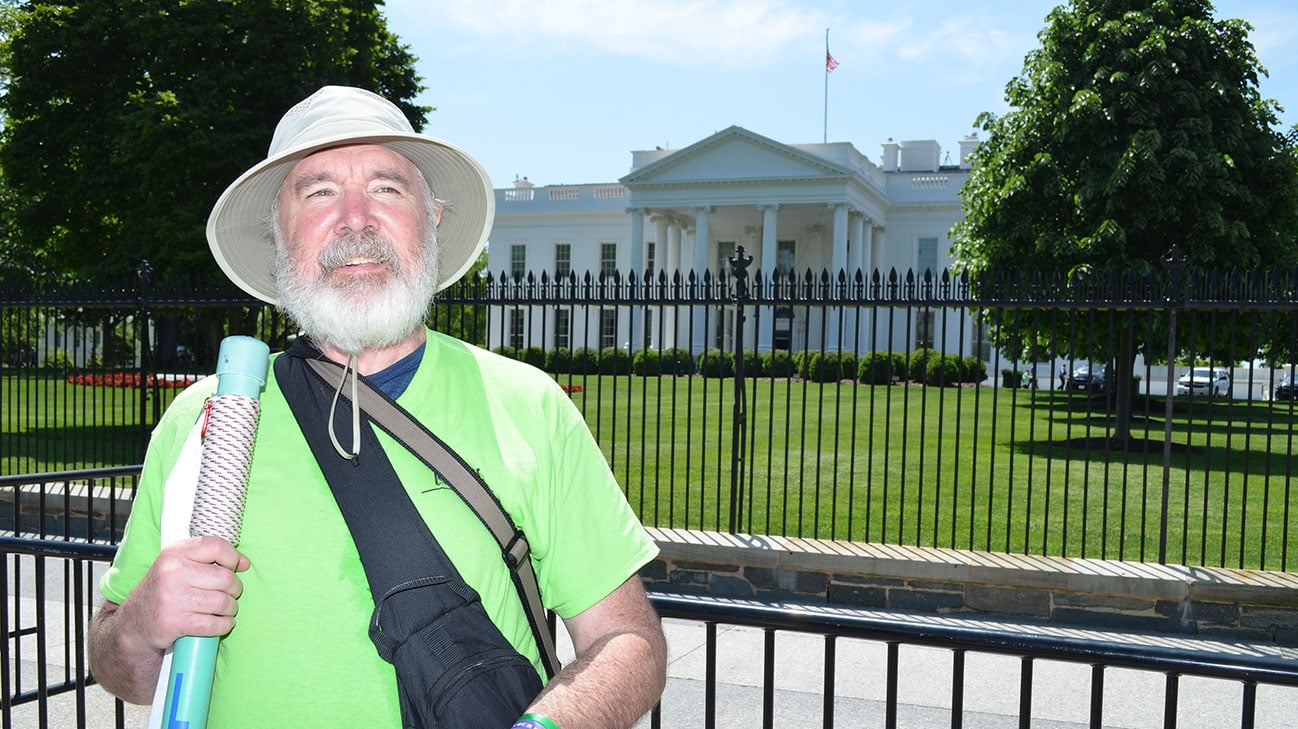 On more than one occasion in the past month, especially when caught in the rain, Gene Shimandle has been slightly unrecognizable.

“I must admit, I do look a little rough sometimes,” said Gene, 62, with a laugh, during a break near the end of his 357-mile walk from Cleveland to Washington, D.C. 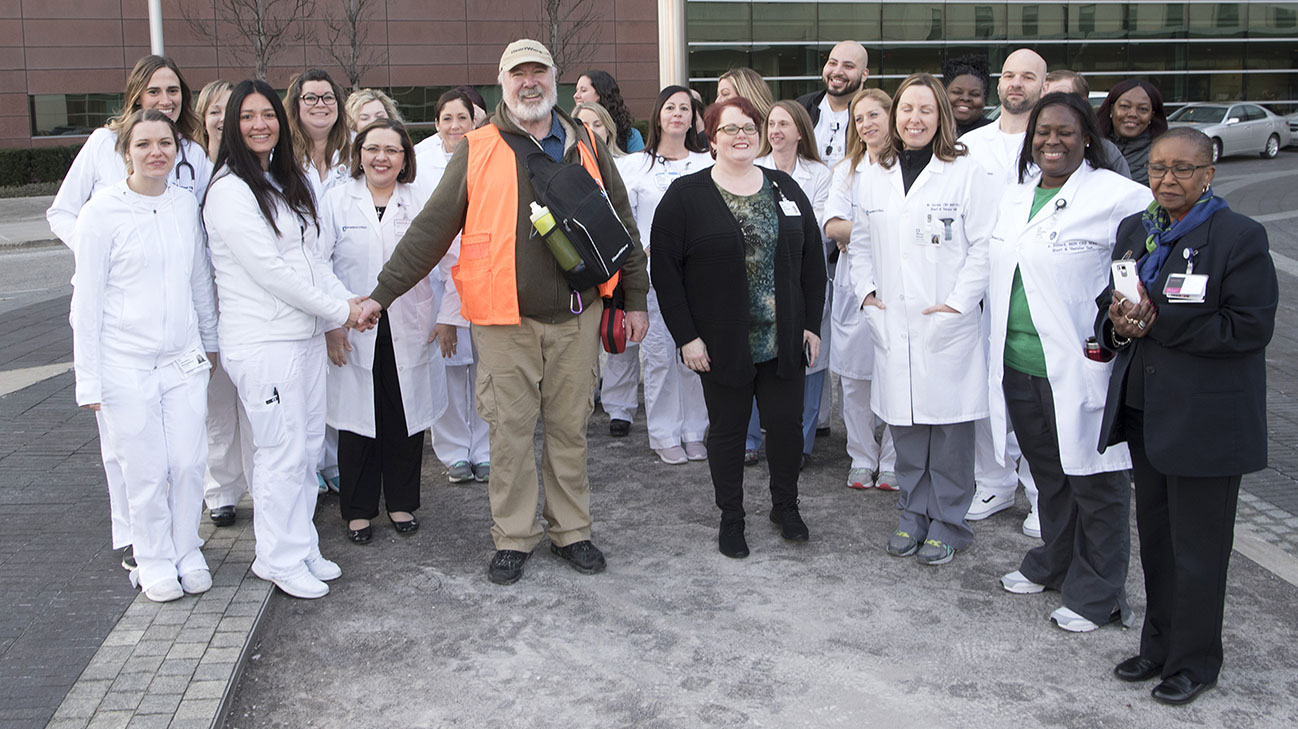 Such is life along the road for Gene, a heart transplant recipient who has trekked about 13 miles each day on his rigorous journey to raise awareness about organ donation and to honor the thousands of individuals who have served as donors or been grateful recipients.

Most nights, Gene slept outside, in a hammock or lean-to he keeps in his backpack or stowed in his minivan. Most days he’d walk a few miles – then backtrack to his gear-filled van, to drive it ahead a few more miles during a painstaking shuttle that has taken him across southeastern Ohio, into Pittsburgh and southwestern Pennsylvania. The final leg has been along the historic C&O Canal towpath, from Cumberland, Maryland, to DC. 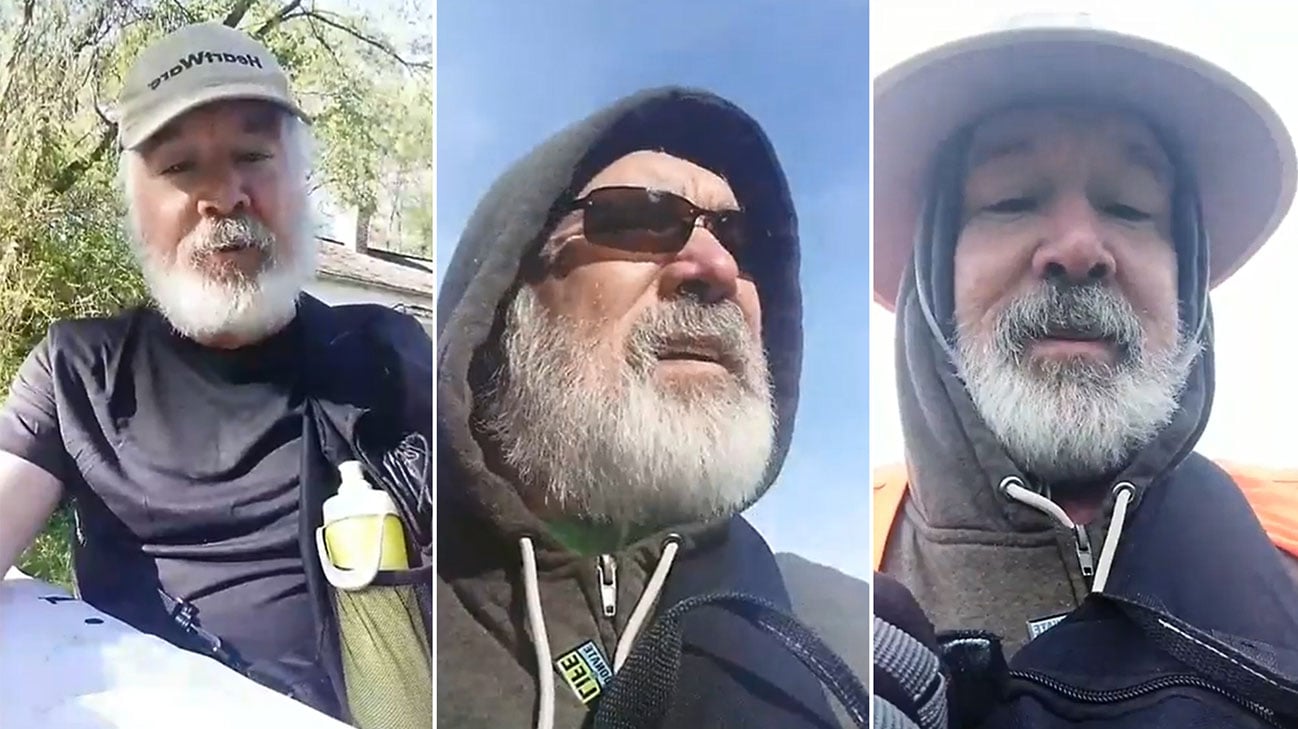 He’s battled rain, snow and searing heat, but has remained undaunted. On April 11, 2018 (his birthday), his quest began where his heart transplant took place, at Cleveland Clinic. Twenty-eight days later, on May 8 - the one-year anniversary of this heart transplant operation - it ended near the entrance to the White House.

Along the way, he walked past his birth home, his elementary school and other significant mileposts in his life. He met hundreds of well-wishers, some during donor registration events held with local chapters of Organ Procurement Organizations help maximize the availability of organs and tissues for transplantation and enhance the quality, effectiveness and integrity of the donation process. 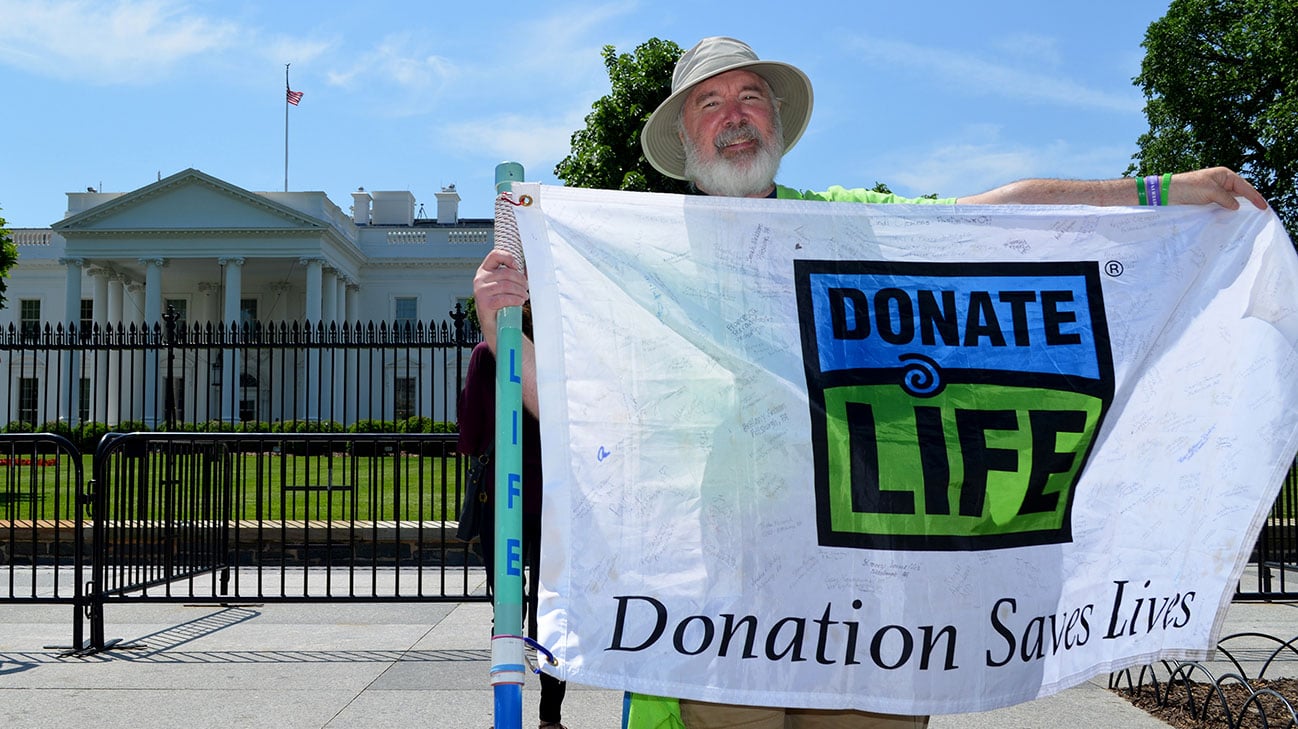 Many individuals signed a flag he acquired from Donate Life America, a nonprofit organization that works to increase the number of donated organs, eyes and tissue available to save and heal lives through transplantation. When he returned to Cleveland, he presented the flag to the family of Cody Stebel, a 20-year-old Ohio man whose family donated his heart and other organs after his sudden death from an automobile accident.

“Thanks to them, I’m alive today,” Gene stated. “This has been such a blessed journey for me.” 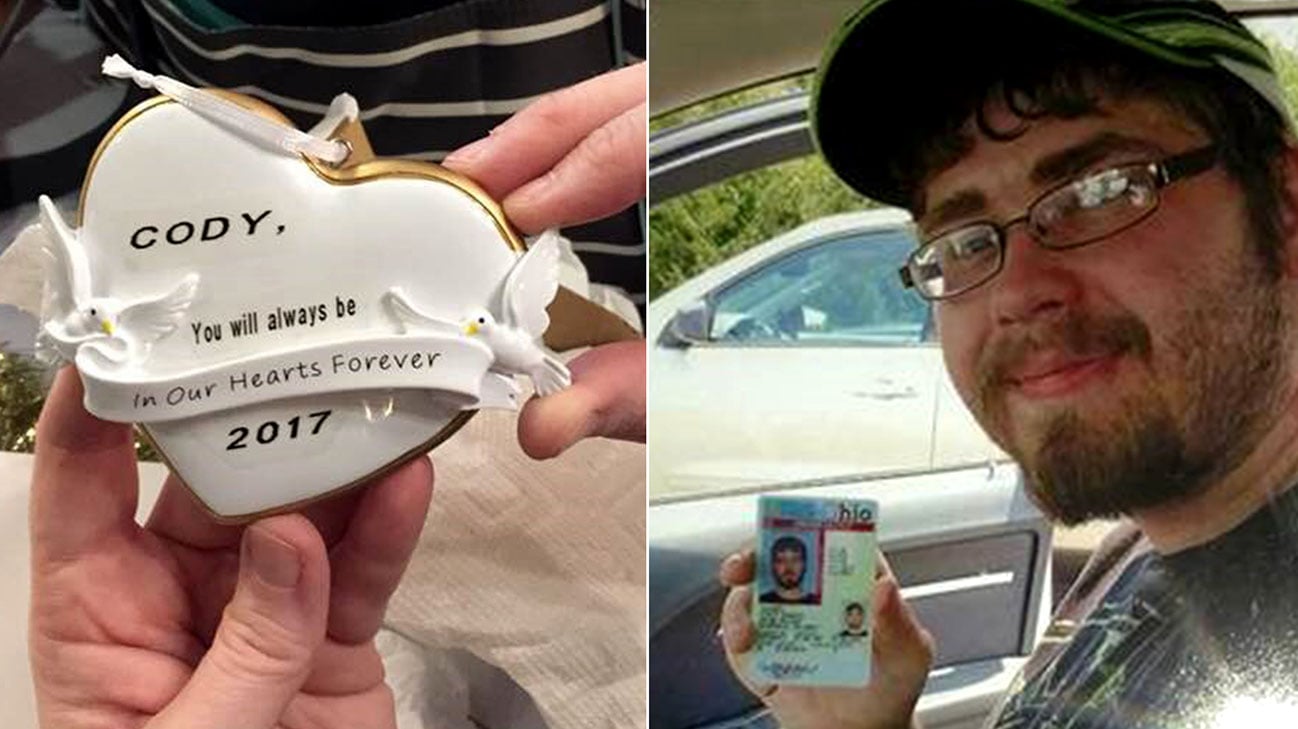 When his heart first began to fail in 2005, Gene's wife Dina encouraged him to seek care at Cleveland Clinic. At the hospital, he met Randall Starling, MD, and Maria Mountis, DO, who delivered the shocking diagnosis: cardiomyopathy, a disease of the heart muscle that causes it to swell and hampers its ability to pump blood.

Dr. Mountis has cared for Gene since his admission to Cleveland Clinic. She is in awe of how many people he has touched during his journey.

“He is a beautiful example of the successes in heart failure care and how he is able to show the country how much a donor organ has helped him truly live,” said Dr. Mountis.

“My father received a heart transplant and now I do what I do for patients because of the impact that made on our family! I can very much empathize with Gene and the gratitude he has to the organ donor and their family,” she explained. 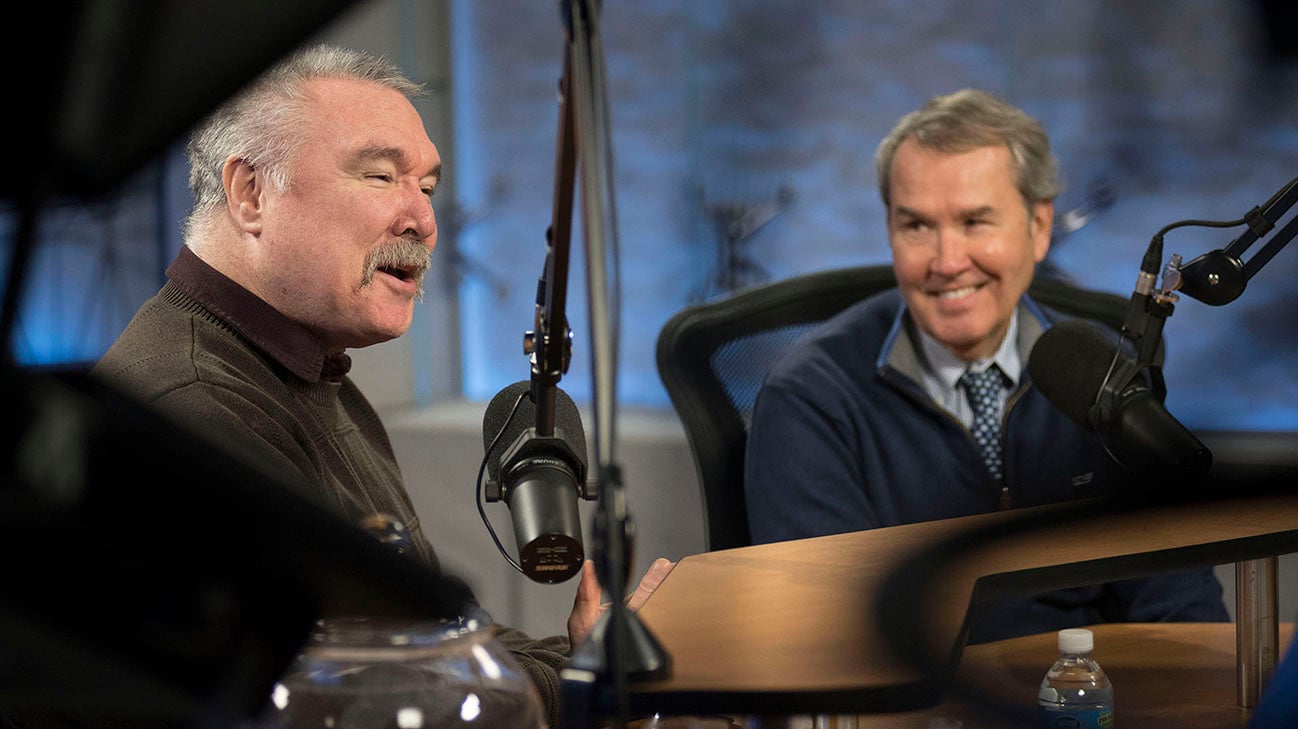 Gene is trained as a paramedic, and has taught approximately 65,000 people to perform cardiopulmonary resuscitation (CPR) over three decades of work and volunteerism. His medical skills came in handy one morning in Cumberland, where he bandaged the injured foot of a woman who had just escaped a house fire close to where he stayed that night.

On one of his final nights on the road, Gene took a welcome shower - and then slept - in a 150-year-old lockhouse-turned-inn on the C&O Canal, a much-appreciated respite provided for free by inn operators aware of Gene’s journey.

There, just a day’s walk from his destination, Gene shared his dream: That one day a national place of recognition be established for donors and recipients, a forest of trees celebrating the glory of life. In Washington, he discussed his idea with U.S. Senator Rob Portman and his staff U.S. Senator Sherrod Brown's staff.

“I hope it happens someday,” mused Gene, who in August 2018 represented Ohio in the Transplant Games of America, in Utah. “It would be another way to say thank you for a gift I’ll never be able to repay.”