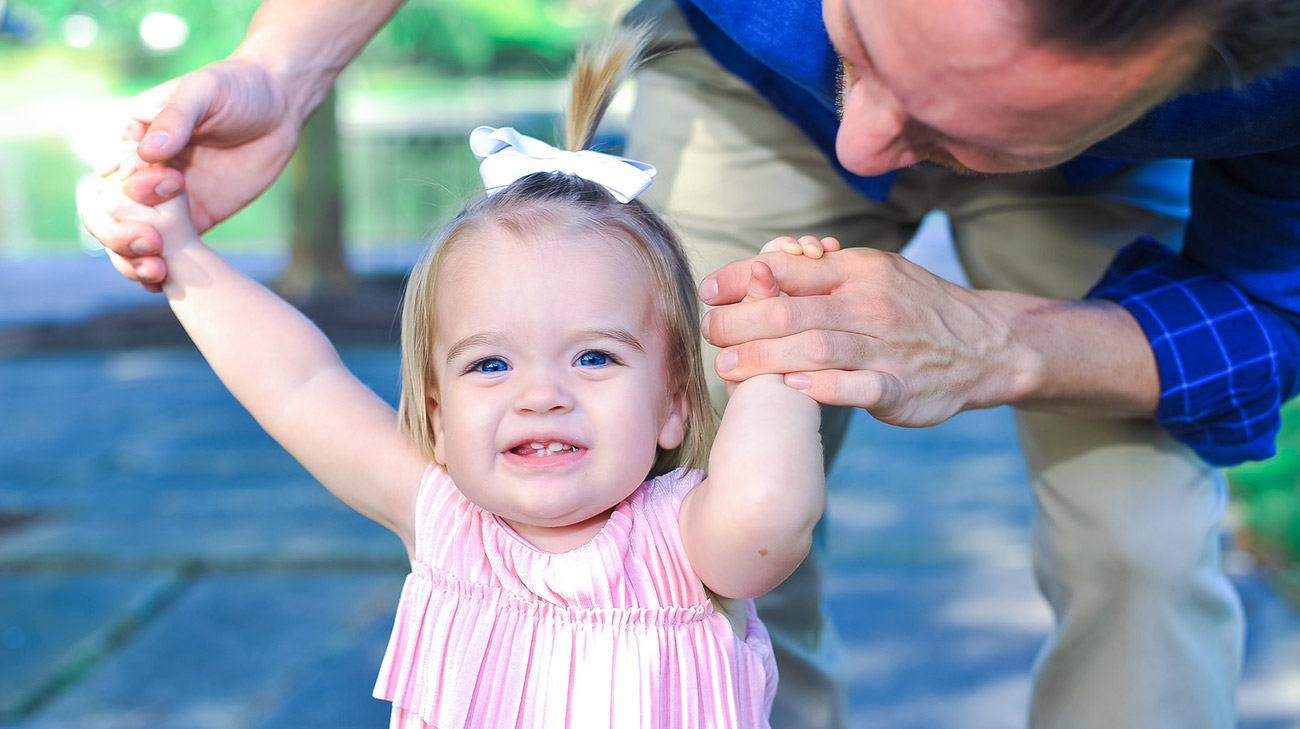 Eighteen weeks into her first pregnancy, Tara Stewart, was at the doctor’s office for a routine ultrasound. Tara’s fiancé Rob Witte and her mom were with her.

Following the growth scan, the sonographer went to get a doctor.

“We’d been looking forward to the appointment because we were going to find out the sex of our baby. We learned we were having a girl,” says Tara. “When the doctor came in, he kept looking at something. Next, he asked me to get up and walk around so the baby would start moving. We were so excited to know we’d be having a girl. Then, the doctor said something about her heart growth not being normal, and we all just looked at each other. We were unable to comprehend exactly what that meant.”

When the physician referred the couple to pediatric cardiologist Holly Nadorlik, DO, a member of Cleveland Clinic Children’s Cardiology & CT Surgery department. Tara immediately began crying, worried that it was so early in her pregnancy and uncertain what was to come.

“Overall, Parker is doing great, she’s very active and progressing normally. She is our little miracle!”

“The routine sonogram conducted during the second trimester of Tara’s pregnancy showed that the left side of her baby’s heart was smaller than the right side,” says Dr. Nadorlik.

The diagnosis was Shones Complex, a rare congenital heart disease consisting of multiple issues with the left side of the heart. The condition was monitored throughout Tara’s pregnancy, and she gave birth in Cleveland Clinic’s Special Delivery Unit (SDU). In the SDU, a full array of medical specialists and equipment was on hand, ready to deal with any situation.

“The care team had done an amazing job throughout the pregnancy, allowing us to tour the unit and telling us exactly what to expect, so we were prepared for what was to come,” says Tara. “When Parker was born, her hands and feet were blue, so we knew she was not getting enough blood to her extremities.”

Parker was taken to the cath lab shortly after she was born for balloon angioplasty to improve the function of the left side of her heart.  Six days later, Hani Najm, MD, chair of pediatric and congenital heart surgery at Cleveland Clinic, performed surgery on Parker to repair her aorta.

“With a Shone’s diagnosis, there is a huge spectrum so it’s hard to know how things will go. Some kids can have it and never need an operation, others can end up needing multiple surgeries,” says Dr. Nadorlik. “Parker ended up being a little sicker than we had anticipated, but overall did well.”

Parker remained in the hospital for 25 days and was discharged home just prior to turning one month old. A minor complication involving fluid that accumulated around her heart sent the family back to the pediatric intensive care unit for a few days, where a drainage tube was put in place to collect the fluid.

“Since that trip back, Parker takes Lasix medication to prevent fluid retention, and we go back to see Dr. Nadorlik every six months for routine checkups,” says Tara. “Overall, Parker is doing great, she’s very active and progressing normally. She is our little miracle!”