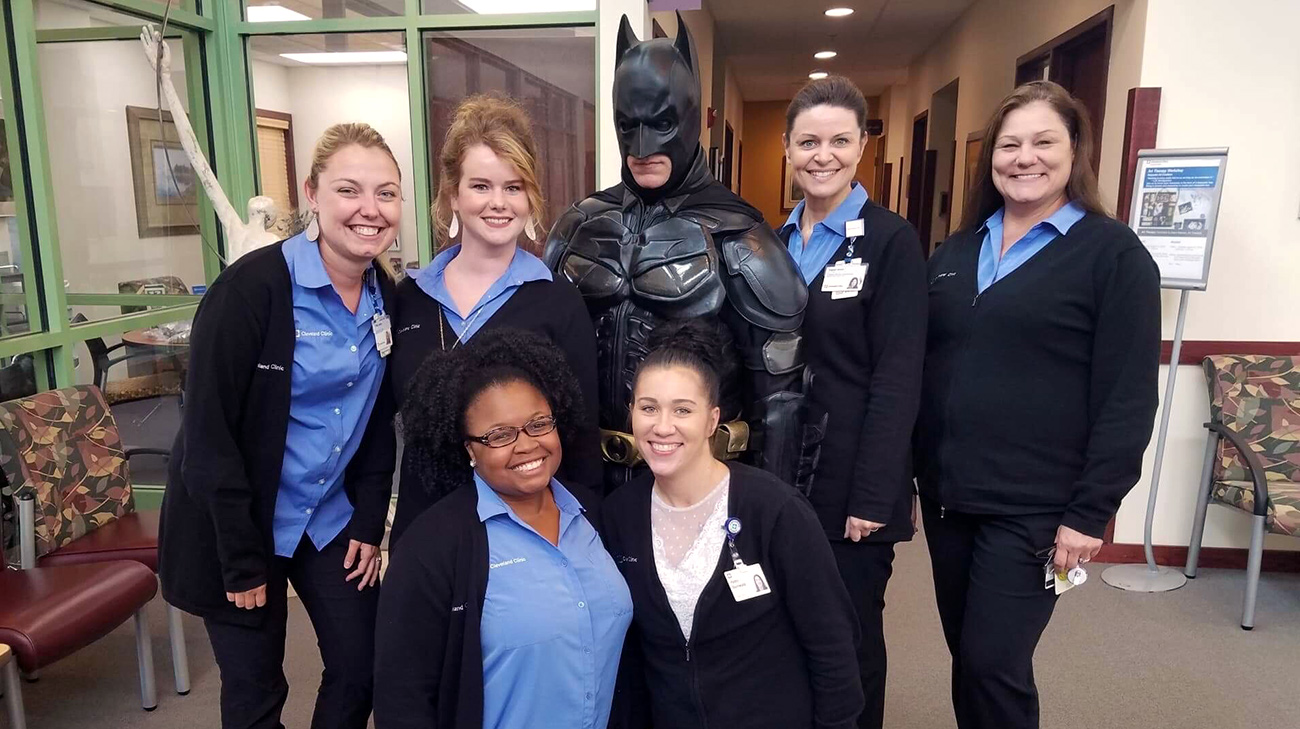 Batman isn’t afraid of anything. And neither, evidently, is the Caped Crusader’s alter ego, Bruce Wayne.

This particular Bruce Wayne – yes, that’s his legal name – is a 47-year-old Tiffin, Ohio, resident who works as a therapeutic program worker for the State of Ohio, assisting intellectually challenged adults. Oh, and he dresses as Batman any chance he can get – a task made more difficult when he was diagnosed with metastatic prostate cancer in early 2018.

“When I was diagnosed, I told the doctors I’m going to do two things: I’m going to fight, and I’m going to live,” said Bruce, who in August completed several rounds of chemotherapy at Cleveland Clinic North Coast Cancer Center in Sandusky. “Cancer will not stop me from living and loving every single day. I’m blessed to be here.”

While chemotherapy sapped him of his usually boundless energy, for a while, it didn’t rob him of his spirit and eagerness to brighten the lives of others. In fact, for his last chemo visit, Bruce donned his custom-made Batsuit, his head draped in Batman’s signature cowl with his black cape billowing behind him.

“When I went in with the suit on, the reaction was just amazing,” Bruce recalled. “People’s faces lit up. You could see the smiles and hear the laughter. For a moment, people undergoing treatment were happy. That just sends me every time.”

According to Bruce’s oncologist at Cleveland Clinic, he has rarely seen a patient who has maintained such a positive attitude even in the wake of a difficult diagnosis and exhausting treatment.

Fortunately, Bruce’s body responded positively to chemotherapy, with his prostate-specific antigen (PSA) level reduced from his pre-treatment level of 100 to a close-to-normal level of 6. Even more importantly, his nephrostagram indicated his cancer has reduced, and he was able to have the nephrostomy tubes – inserted to ease urination when his cancer was first diagnosed – removed.

The latter was a key milestone, as the tubes had prevented Bruce from regularly donning his Batsuit. Now, his treatment is continuing with two drugs – Lupron, a hormonal therapy; and ZYTIGA, a newer prostate cancer medicine. 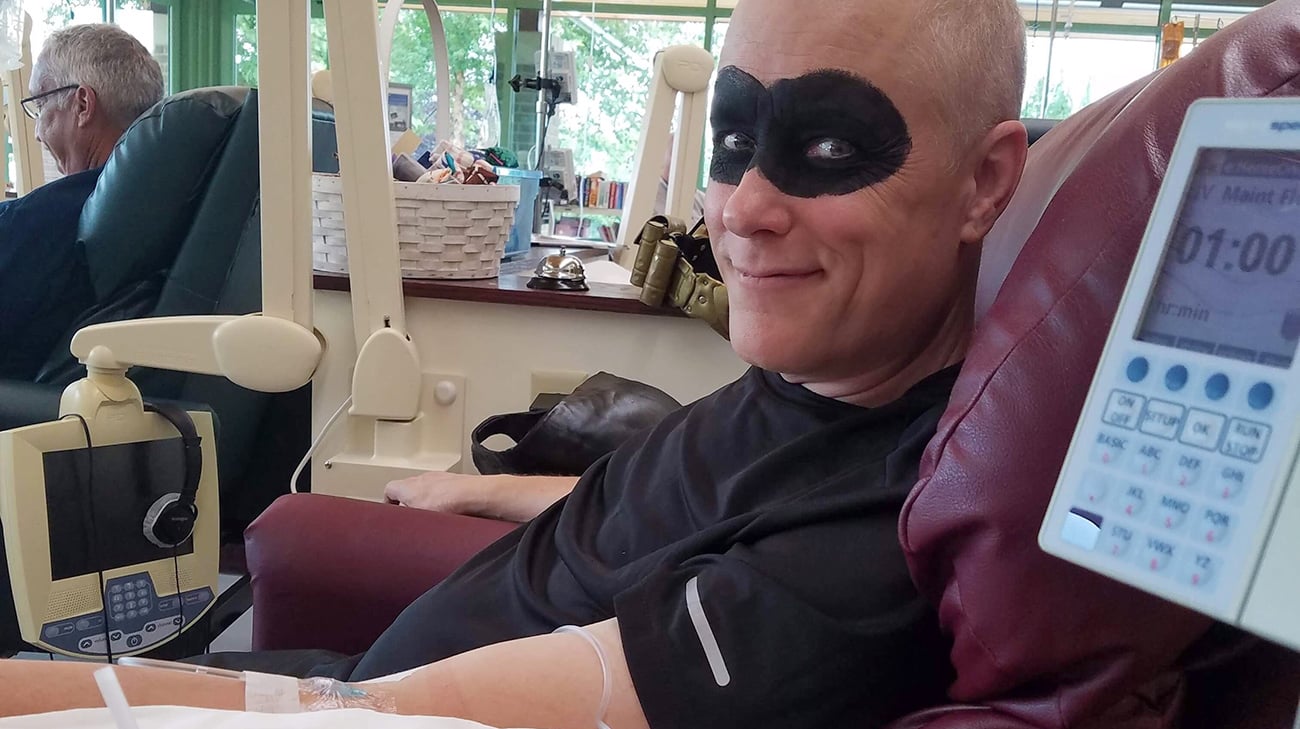 In fact, Bruce is feeling so much better that he returned to a local fast casual restaurant for a meal last Friday – his first visit since March, when he set a restaurant chain record of eating meals there for 500 consecutive days. He didn’t tell anyone at the time, but he decided to end his record streak because of his diagnosis.

While he didn’t wear the Batsuit on Friday, he never turns down a request – to entertain kids at a birthday party or brighten the day of a hospital patient.

“A long time ago, I realized that my purpose in life is to help and entertain people,” Bruce explained. “When I’m Batman, people are happy. And it’s important for me to be able to do that, for as long as I can.”

He is also an advocate encouraging men to seek medical treatment regularly, or anytime they feel ill. “I know men are often slow to get treatment, but I’m glad I went to the doctor as soon as I noticed my symptoms,” Bruce noted. “I hope all men will do as I did — just swallow their pride and go see the doctor.”

The “real” Batman would certainly understand, as he uttered these words in the 2005 movie, Batman Begins: “It’s not who I am underneath, but what I do that defines me.”