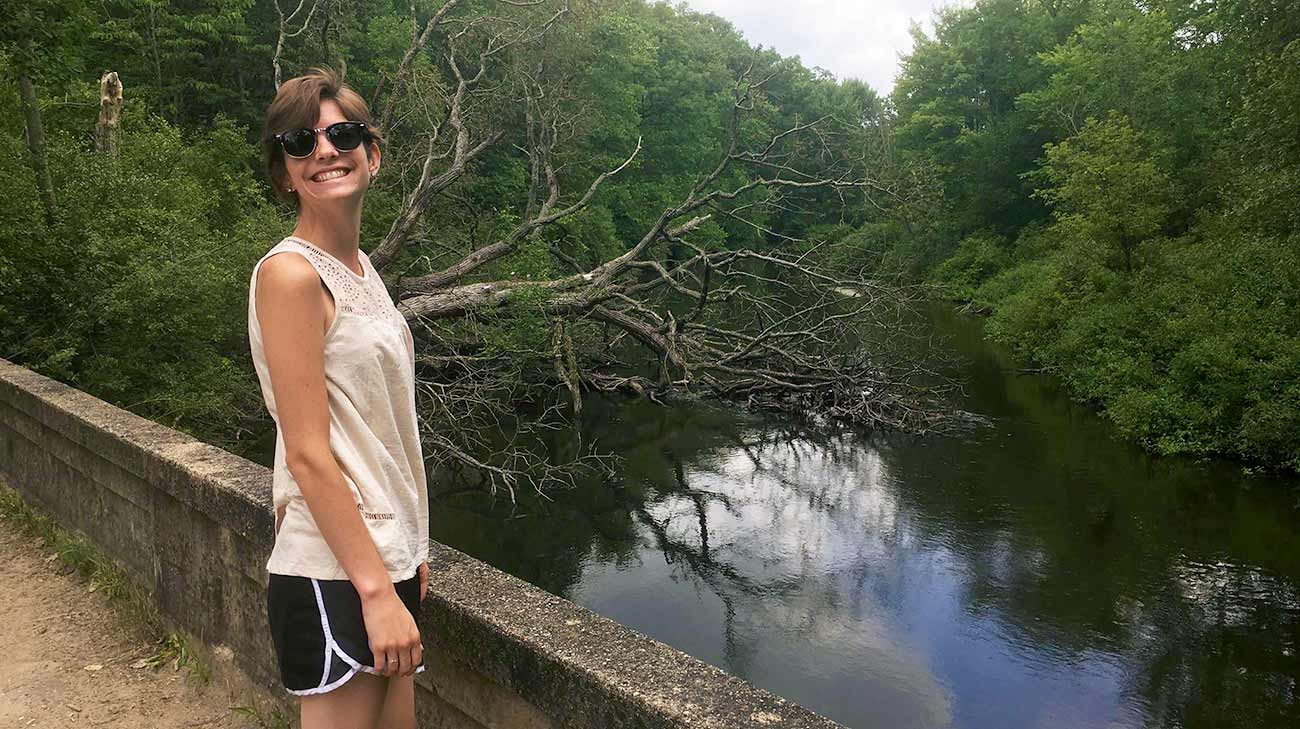 Through her first 12 years, Alexandra Zilch was a typical kid. At age 13, she was diagnosed with severe Crohn’s disease, a chronic inflammatory condition of the gastrointestinal tract.

“And that’s also when they found the brain tumor – a pilocytic astrocytoma. I had surgery in 2009 to remove the tumor. Shortly thereafter, I began having epileptic seizures,” says Alexandra.

The seizures continued for several years before Alexandra’s physicians in Michigan performed two surgeries (one in 2016, a second in 2017) in an effort to get them under control. Unfortunately, those surgeries made things worse. Alexandra had frequent, severe and long-lasting seizures that resulted in her being intubated and placed in intensive care.

“I almost died. I was desperate for help,” says Alexandra. “In January 2018, I was transported four hours by ambulance to Cleveland Clinic.”

Alexandra doesn’t remember much of her first meeting with Lara Jehi, MD, a neurologist at Cleveland Clinic's Epilepsy Center.

“We monitored her for close to 2 weeks. In that time, Alexandra had more than 40 seizures. Some were very subtle and not easy to pick up. It was definitely challenging to determine what was going on but, with careful evaluation, we were able to determine next steps,” says Dr. Jehi.

Once again, Alexandra underwent brain surgery. This time, surgeons at Cleveland Clinic removed portions of three different parts of her brain. “It was rough when I woke up, and tough to talk. I could only say three or four words. Everyone was nervous, because this could be my new normal. It was a very difficult time for me and my family,” explains Alexandra.

“I couldn’t drive myself to Cleveland Clinic, so this was a great option. I’m a big fan of technology, and the process was super simple and straightforward. I logged in from my phone.”

“With all I’d been through over the years, I was sure it was an issue with the medication I was taking,” says Alexandra. “But when I’d call the office, with my limited speech ability at the time, it was really difficult to make clear what I was experiencing.”

When Dr. Jehi learned of Alexandra’s multiple and frequent calls, she suggested a virtual visit.

Virtual visits are scheduled just like an in-person appointment, with the patient and physician agreeing on a date and time. Prior to a first virtual visit, the patient is provided with instructions on how to prepare for the visit, which requires downloading an app or logging onto a specific website.

Once the visit is underway, the patient and provider communicate face to face. They go over any questions or concerns, and review test results and medications.

“I couldn’t drive myself to Cleveland Clinic, so this was a great option. I’m a big fan of technology, and the process was super simple and straightforward. I logged in from my phone,” says Alexandra.

Dr. Jehi conducted the visit from her office, where she was able to access Alexandra’s medical record. She charted notes specific to what was discussed during the virtual visit.

“Alexandra was sitting on her couch in the comfort of her home,” says Dr. Jehi. “In about 15 minutes, we were able to discuss the problems and symptoms she was experiencing, review test results, and determine what to do next. In the end, I adjusted her medication dosage, entered an order for monthly blood level checks, and told her we could schedule another virtual visit should the need arise in the future.

“The one virtual visit was more effective than multiple prior phone calls, and it saved Alexandra the hassle of having a family member drive her from Michigan to Cleveland. In the three months since our virtual visit, she has had no seizures or other issues; she has only needed to call the office once, and that was a request for a medication refill.”

Six months after her surgery at Cleveland Clinic — and after a lot of physical, occupational and speech therapy — Alexandra says that everything has come back except for half of the sight in her right eye. She has completed her last therapy appointment, celebrated her 25th birthday, and is doing well.

“I feel like a new person. I’m not back to work yet, but that’s ok. I need to give it some time. For now, I’m enjoying doing something with friends every day,” she says.