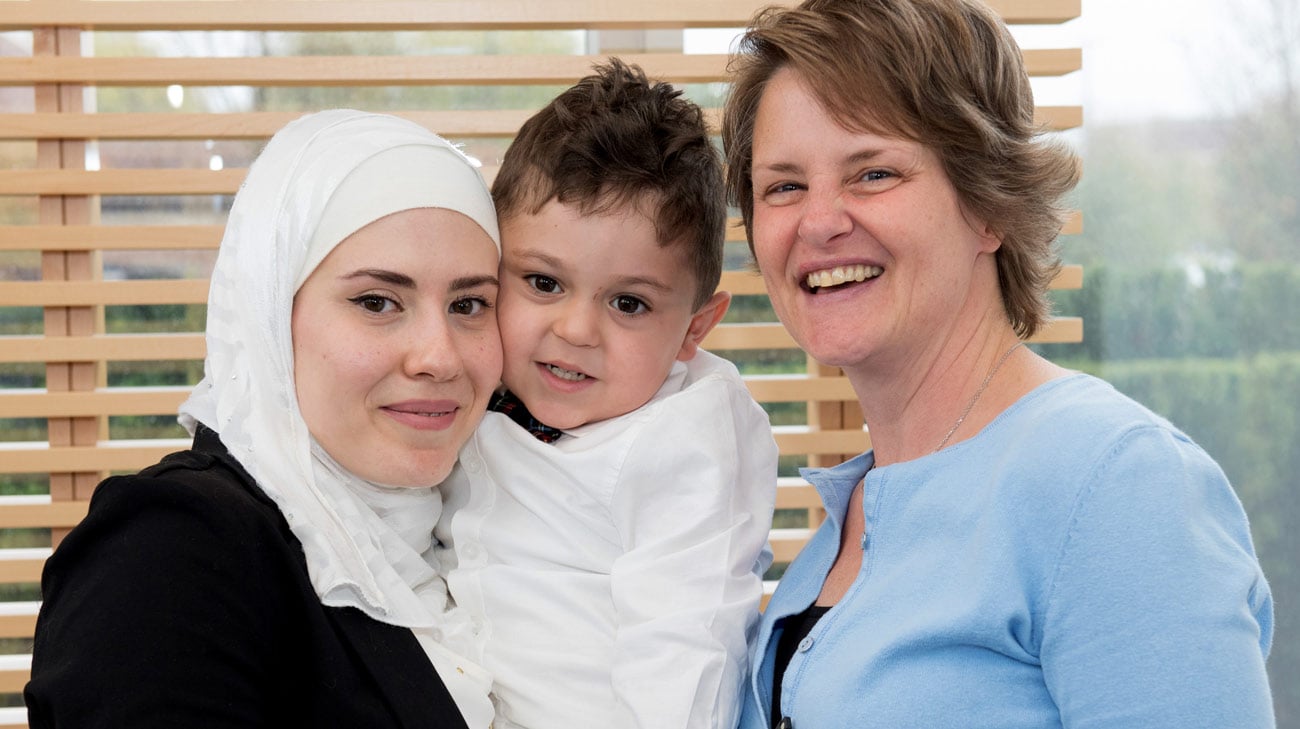 Becky Cable is a 46-year-old woman, living in a small village in western New York. Ahmad Akkad is a 4-year-old boy, from Dubai, a city in the United Arab Emirates (UAE).

And while their homes are about 7,000 miles apart, the two will be forever linked – because a palm-sized piece of Becky’s liver has saved Ahmad’s life through organ donation surgery.

“I feel like Ahmad is a part of me. He’s family now,” said Becky, who met Ahmad and his mother, Aya, for the first time at Cleveland Clinic, in Cleveland, Ohio. “He is just so beautiful and so healthy and so…alive!”

Born with a rare genetic disease called progressive familial intrahepatic cholestasis (PFIC), Ahmad first showed symptoms as a 2-year-old. He was jaundiced and suffering from severe itching, and his liver was rapidly deteriorating, causing a buildup of toxins in his bloodstream.

Referred by her son’s pediatrician to specialists at Cleveland Clinic Abu Dhabi in their home city, Aya and her husband, M Moustafa, were devastated to learn their then 2-year-old son would likely die without a liver transplant. The Akkad's traveled from Abu Dhabi to Cleveland, Ohio, where a living liver donor match was found. (Courtesy: Aya Akkad)

In the United States, many organ transplant candidates remain on the transplant waiting list for a long period of time, facing the risk of death because there aren’t enough deceased donor organs.  Living donor liver transplantation can give hope to patients who need a lifesaving transplant.

“It was so hard. Nothing was helping Ahmad at all,” recalled Aya. “But when we received the call that we had a donor, I was so happy. My son would have the chance to live in good health!”

That living donor match for Ahmad’s liver transplant was Becky, who had originally volunteered for organ donation when a close friend needed a liver transplant at Cleveland Clinic’s main campus. While that liver donor surgery never took place because the friend became too ill to receive a transplant, Becky agreed to remain on the donor list.

“I thought, ‘What’s the difference if I know the person or I don’t know the person?’” said Becky. “I’m willing to give if there’s anybody who needs it.” 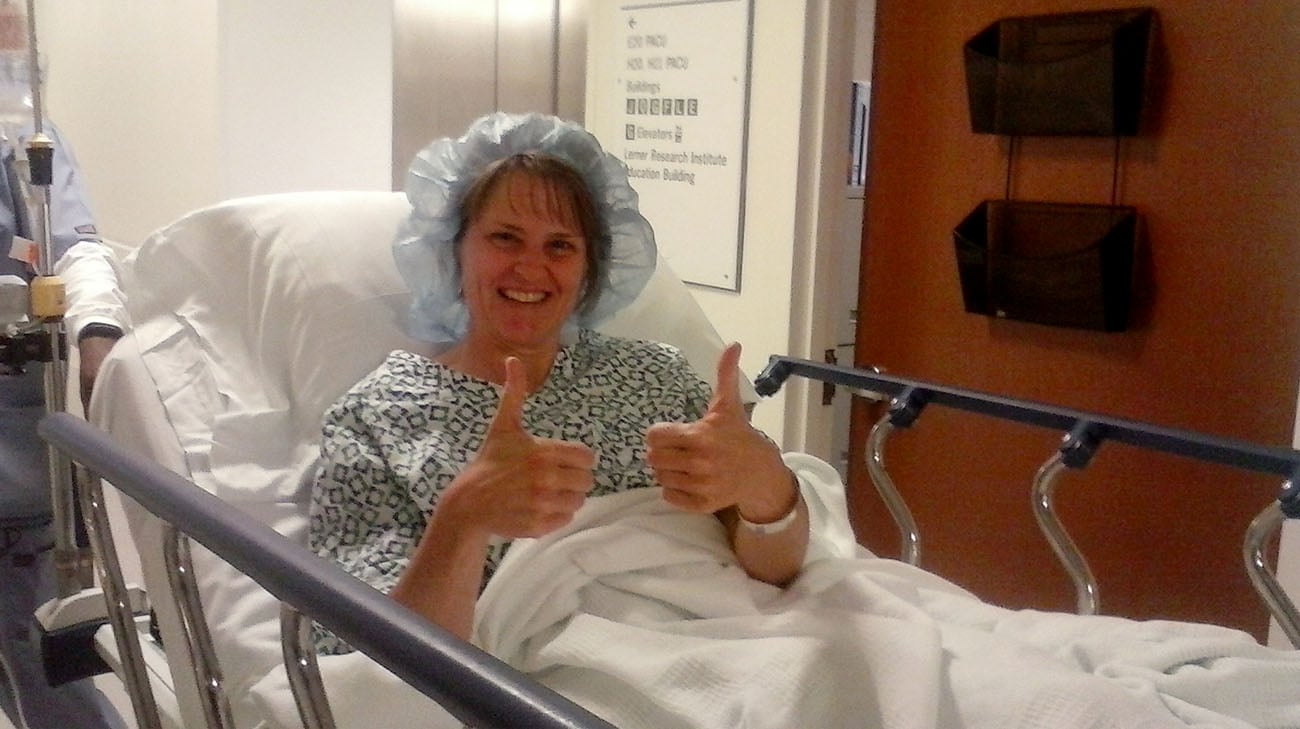 And Ahmad did indeed need a portion of her liver. They were a perfect match, so Becky drove the two hours to Cleveland to undergo the operation that harvested 20 percent of her liver (the donor’s remaining liver typically regenerates to replace the removed section within 6-8 weeks).

Meanwhile, Ahmad and Aya had made the long, 22-hour flight from UAE to Cleveland months prior, where Dr. Koji Hashimoto, a specialist in multiorgan transplants, removed Ahmad’s diseased liver and replaced it with the portion of Becky’s healthy organ. The harvest and transplant surgeries occurred simultaneously. 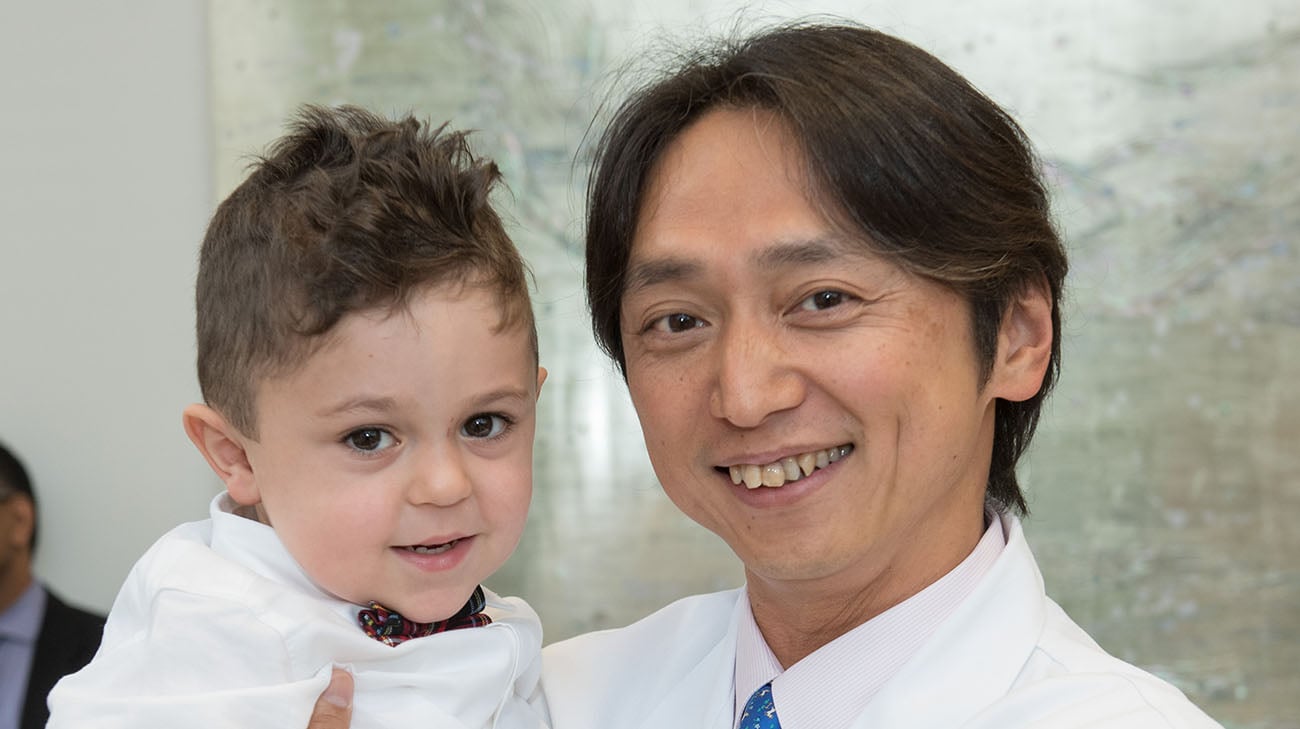 The transplant worked. As Aya described it, Ahmad was almost immediately transformed into an active toddler who hasn’t stopped moving: “He doesn’t like to sleep at all. He just wants to play and that’s a good thing. Every time I see him walking, running, playing, I think about his donor. And I want to thank her.”

Aya and Ahmad got the chance to thank Becky in person, on October 11, 2017, when they met for the very first time. Amid tears and laughter, the new friends expressed thanks for the blessings associated with giving and receiving.

Ava was able to meet Becky in person and thank her for her generous gift that saved her son's life. (Courtesy: Cleveland Clinic)

Aya exclaimed, “When I saw (Becky), I just wanted to go hug her. How can I thank her for this precious gift? Because of her generosity, she saved my son’s life.” 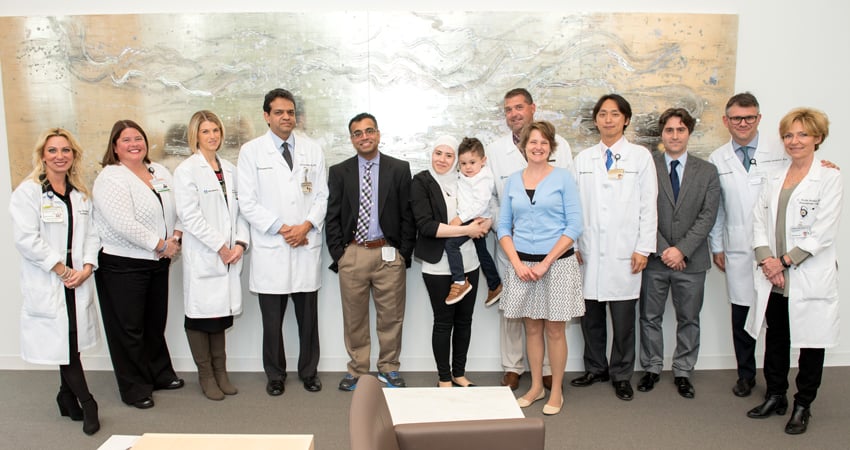