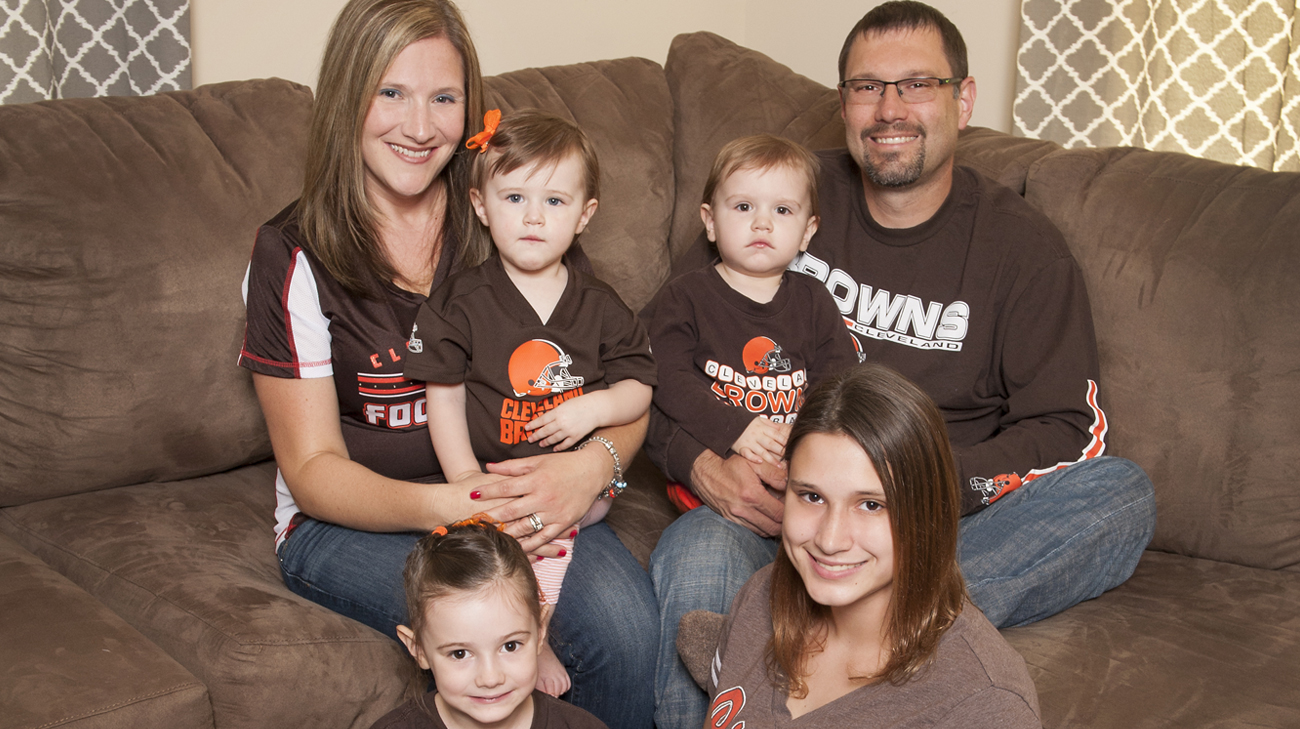 Twinsburg resident Laura Raglow knew there was a problem before her baby Jillian was born. An ultrasound at 21 weeks revealed that her ureter — the tube that drains urine from the kidney to the bladder — was enlarged.

“I was so worried. I didn’t know what issues Jillian had. But I felt so much better after meeting Dr. Donohoe. He reassured my husband and me that he could help her.”

“I was so worried,” says Mrs. Raglow. “I didn’t know what issues Jillian had. But I felt so much better after meeting Dr. Donohoe. He reassured my husband and me that he could help her.”

Dr. Donohoe ordered a scan of Jillian’s urinary tract. “We learned that she didn’t have reflux — meaning urine was flowing the right way,” says Dr. Donohoe. “That was a good sign. Next, to properly diagnose her condition, we needed to learn if her ureter was obstructed and if her kidney was functioning well enough to be preserved.”

At 6 weeks, Jillian had a nuclear scan that affirmed both. It also showed that she had four ureters (each kidney had two instead of one). Three were draining normally into her bladder. But the fourth — an “ectopic ureter” — was trying to drain elsewhere. Urine was backing up in her left kidney.

“Dr. Donohoe was so empathetic,” says Mrs. Raglow. “To help us understand Jillian’s condition, he drew pictures on the exam table paper and then tore it off to give to us. He was never hurried. I would ask a million questions, and he never made me feel like a bother.”

The next nine months were difficult. Jillian would cry in pain when her kidney was too full. She was at high risk for a urinary tract infection, which could cause early kidney damage. The Raglows canceled their family vacation to stay close to Jillian’s doctors.

Finally, when Jillian was 10 months old, her body had developed enough to withstand surgery.

“We performed a pyeloureterostomy at Cleveland Clinic Children’s on our main campus,” says Dr. Donohoe. “Basically, we made the faulty ureter smaller and connected it to the kidney’s other ureter. Now urine flows freely into the bladder, as it should.”

After staying one night at Cleveland Clinic Children’s, Jillian went home. Since then, she has returned for follow-up exams and ultrasounds. Dr. Donohoe is pleased with how well she has healed. So are the Raglows, who say their fussy infant is now a laid-back little girl.

Jillian, now 2, is chatty and playful, a sound sleeper and a good eater. (If only her brother ate vegetables as well, jokes her mom.) This summer, the Raglow family finally enjoyed that beach vacation they’d put off.

“Dr. Donohoe and everyone at Cleveland Clinic get it,” says Mrs. Raglow. “They know how scary it is to have a sick child. They understand that families need to be comforted and reassured as well as patients. I wouldn’t want my kids at any other hospital.”

“I started using an app on my phone to keep track of what I ate, and I successfully lost 60 pounds.”
Read Story