Healing the Wounds of an Athlete 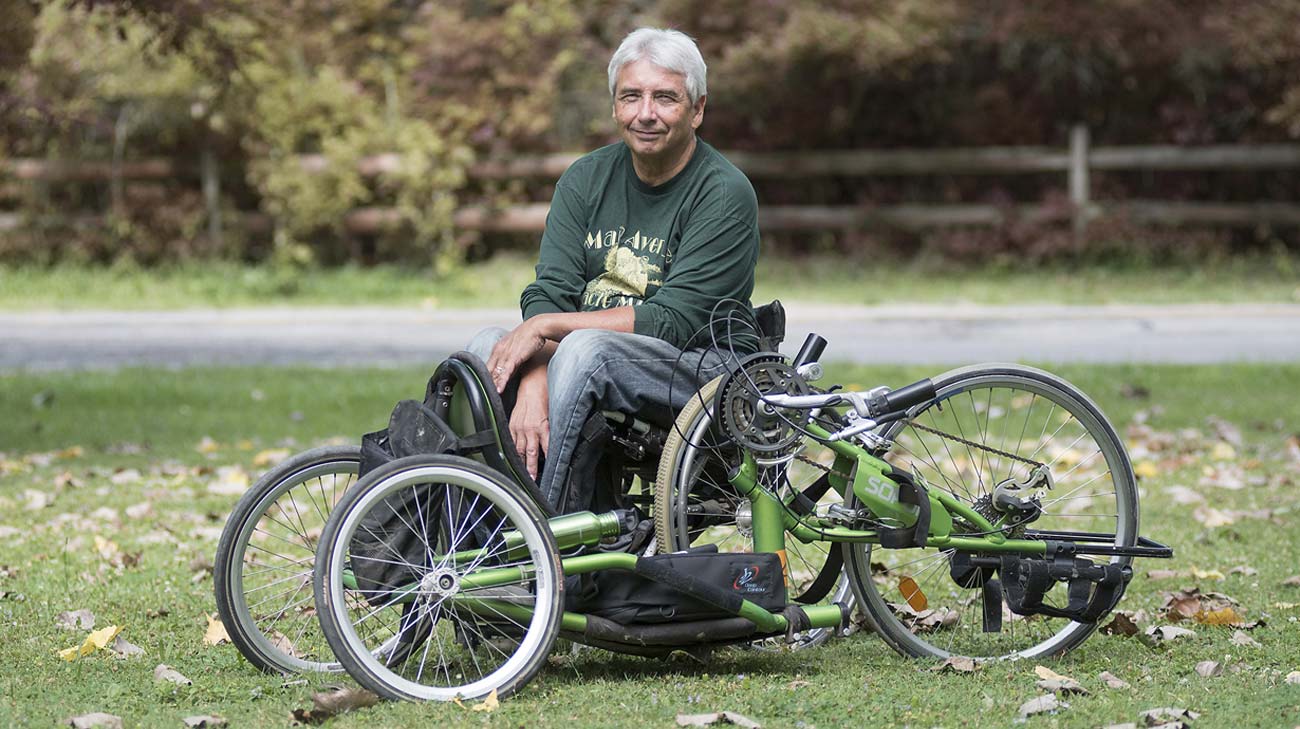 Always an athlete, John Williams didn’t let a fall that paralyzed him from the waist down sideline him in 1976. He turned to sports that he could do from a wheelchair, like basketball and tennis. He’s also done his share of water- and snow-skiing, wheelchair racing and hand-biking.

Then a common problem for wheelchair users — pressure wounds — got in his way.

“For more than 30 years, I was lucky... This was the first time I had an issue with serious wounds that wouldn’t heal.”

“For more than 30 years, I was lucky,” says Mr. Williams. “Then I lost weight in my lower body, and no longer had any cushion between my skin and my bones. I got a bit lazy with transfers, sliding into and out of my wheelchair, and about four years ago, I ended up needing a flap. This was the first time I had an issue with serious wounds that wouldn’t heal.”

“Office treatments to remove damaged tissue from his wounds weren’t working, so we did a more invasive surgery to address the left side,” says Dr. Cavaliere. Nine months later, she did a similar procedure to treat the right side.

Wounds don’t only affect people in wheelchairs. Kathleen Boyle, DO, vascular surgeon and Medical Director at the Medina Hospital Wound Healing Center, says, “Whatever you do, don’t ignore a wound that won’t heal. Talk to your doctor to make sure it’s not a sign of a serious health problem.”