Jillian Arnold and her husband Kevin were pregnant with their second set of twins. At their 28 week ultrasound appointment, doctors gave them the devastating news that one of their daughters, Jacoby, was critically ill.

Jacoby was diagnosed with non-immune hydrops fetalis, a severe, life-threatening condition in which abnormal amounts of fluid build up in two or more parts in the body of a fetus or newborn. She had accumulation of fluid in her chest cavity around her lungs and within layers of skin causing severe edema (swelling). She was given a 5 percent chance to make it to a live birth, and if she lived, another 5 percent chance to survive. 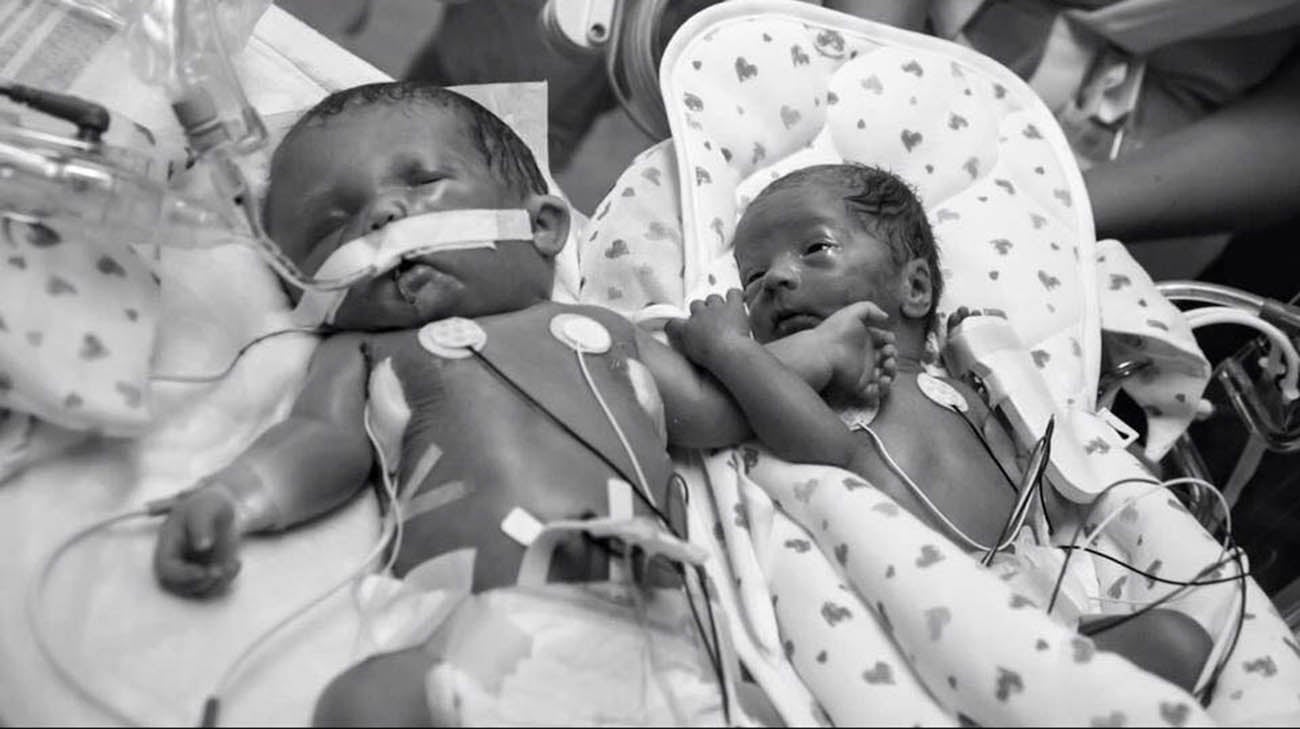 The Arnolds were completely crushed, feeling helpless knowing no medical heroics could be taken as it would risk the life of the other healthy twin, Jenna.

“As a mother, I was struggling to wrap my head around how I would prepare myself to be joyful and be the mother I needed to be for Jenna, but at the same time be prepared to grieve the passing of Jacoby. The weeks leading up to delivery, I made some of the most difficult phone calls that no mother should ever have to make,” recalls Jillian. “My health declined and it forced the hand to deliver the girls earlier than desired, which we believe gave Jacoby a fighting chance.” 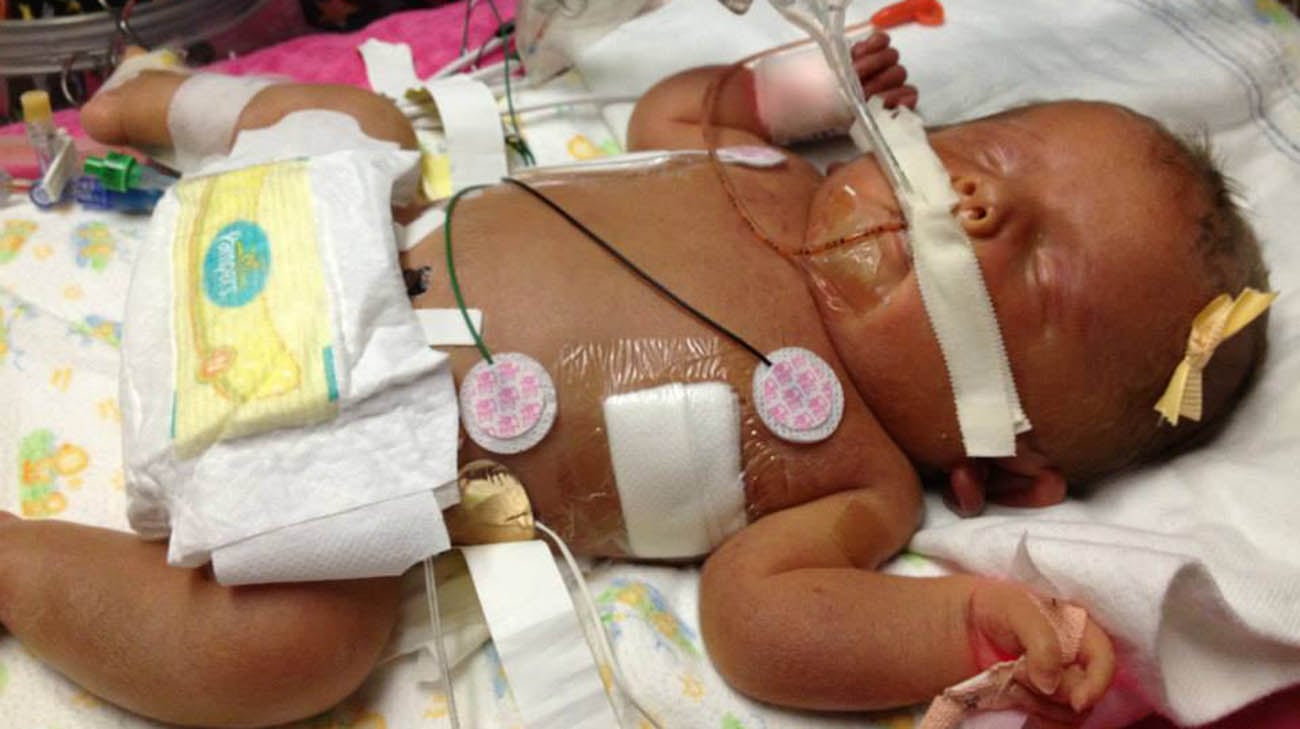 Jacoby had a 5 percent chance to make it to a live birth. (Courtesy: Jillian Arnold)

Jacoby was born 2 pounds heavier than Jenna --all fluid, her body swollen and skin stretched. One of the bigger challenges was managing her blood gas levels which were finally resolved nearly eight hours after birth. Doctors inserted a chest tube to drain the fluid which was hampering her breathing and lung development.

The couple kept a close eye on the amount of fluid going in and out, as they understood, given Jacoby’s swollen state, she needed to shed the excess fluid. After several months, and very good progress, doctors informed Kevin and Jillian Jacoby was still the sickest child in the NICU. 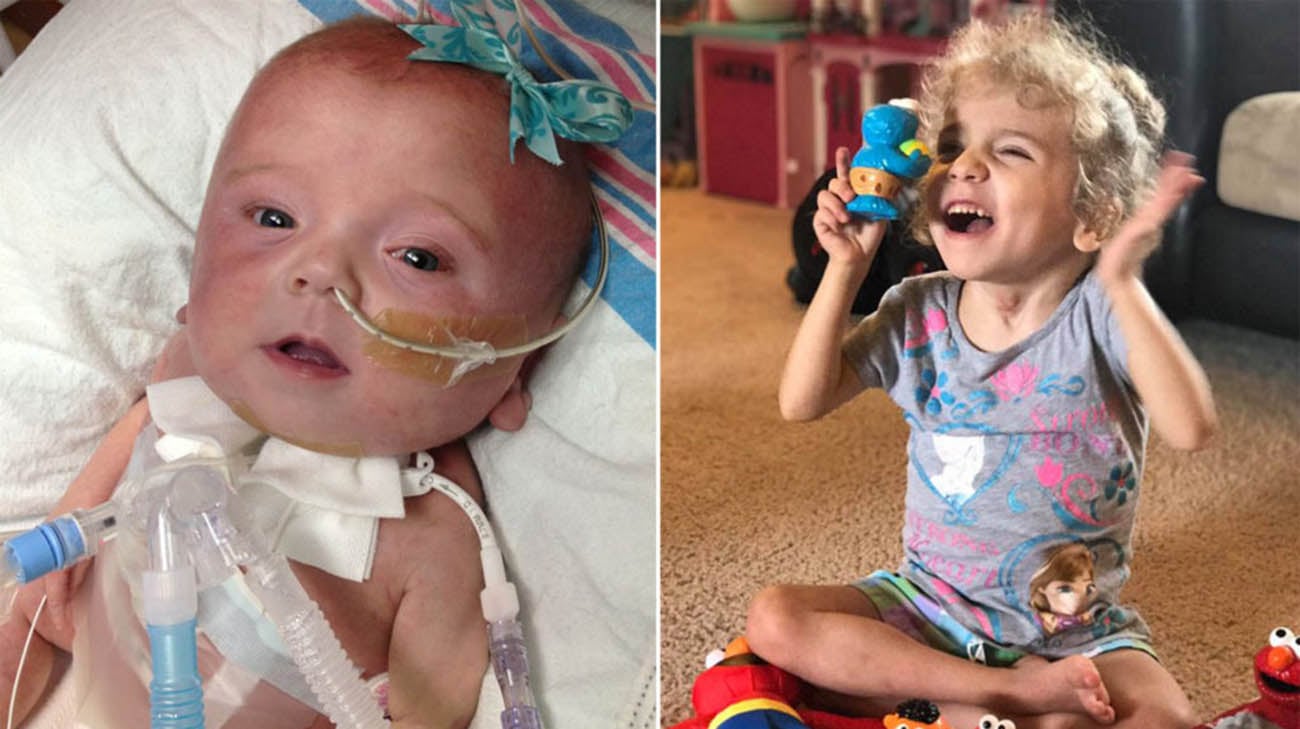 In the ensuing days and weeks, Jacoby endured a number of life-saving procedures, including a tracheotomy and insertion of a chest tube to help her breathe, and two surgeries. A team led by neonatologist Ricardo Rodriguez, MD, faced several hurdles that brave Jacoby managed to overcome. Altogether, she spent 16 months in the NICU and Cleveland Clinic Children's Hospital for Rehabilitation before finally going home. 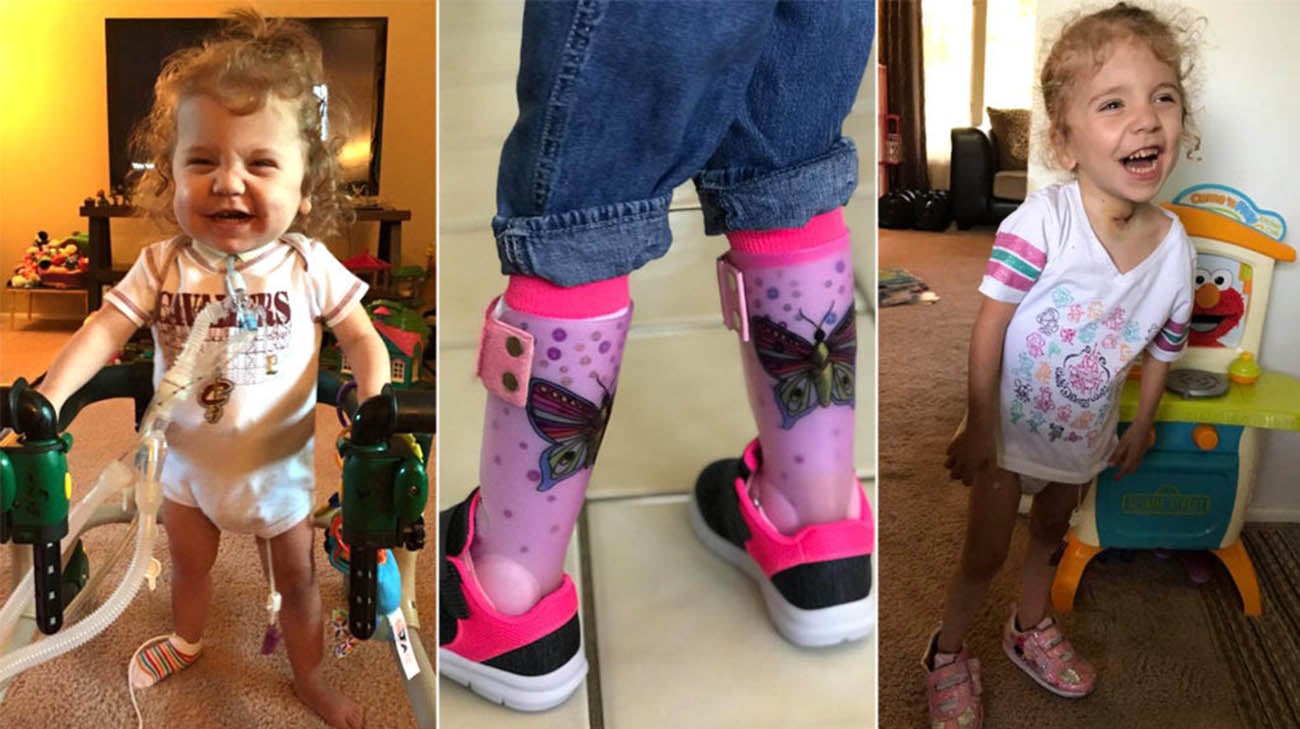 “There are not enough words to describe the feeling of when your child is experiencing an event where their code button needs to be pushed and the number of people who run into the room within five seconds ready to take immediate action, no matter what is needed – absolutely unbelievable, stunning and overwhelming all at the same time,” says Jillian. “All the doctors, surgeons, nurses, and respiratory, physical, occupational and speech therapists are truly Jacoby’s guardian angels here on earth.” 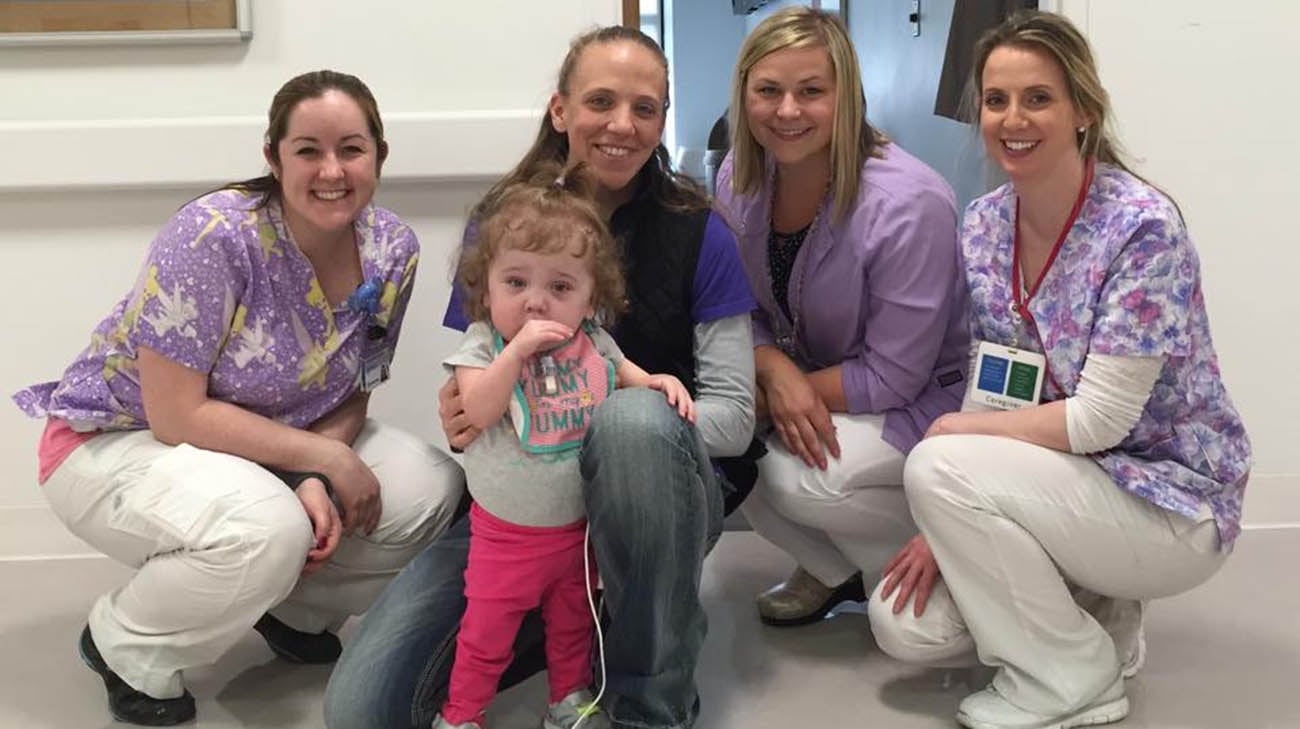 Jacoby and Jenna are 6 years old. Jacoby is vibrant and thriving. She's been ventilator-free for several years, breathes on her own and has shed the braces she once required to help her walk. Even though she is mostly nonverbal, she is learning new words every day and communicates using sign language. She and her family have even gone to Washington D.C. to represent children's hospitals around the country on Speak Now for Kids Family Advocacy Day. 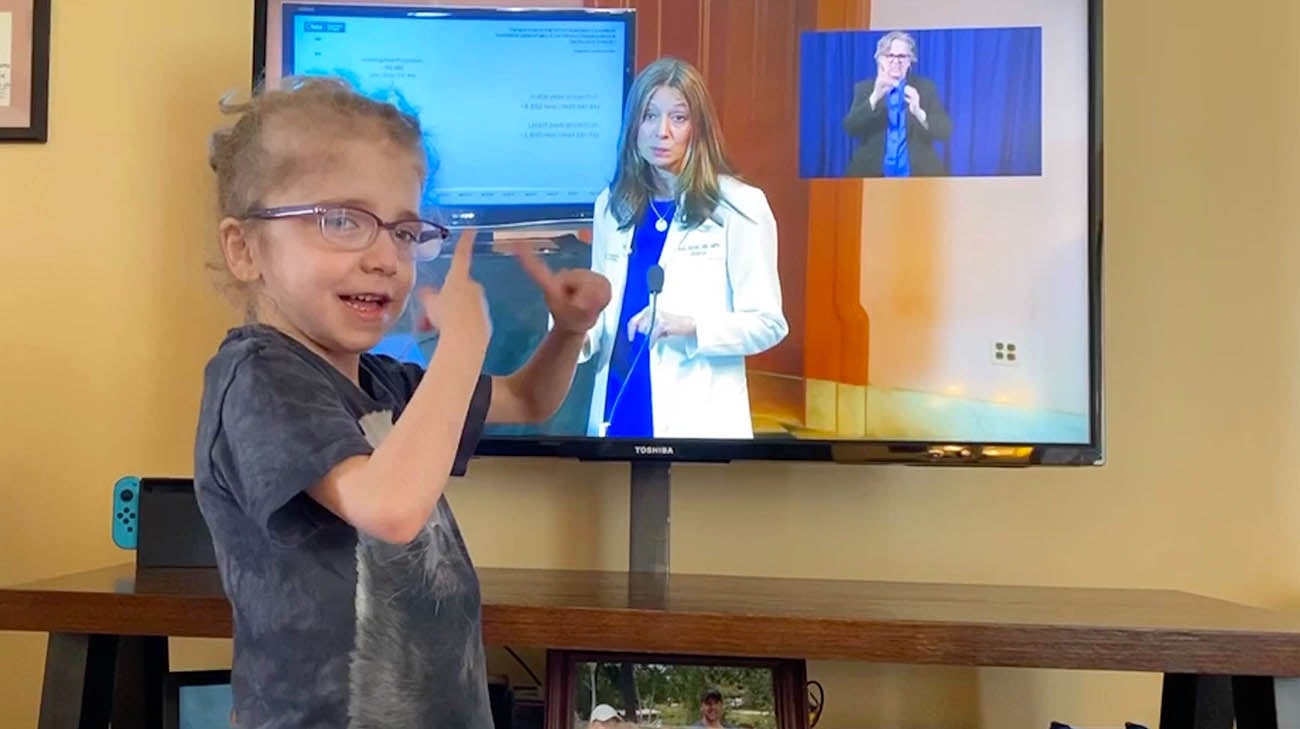 Jacoby signs along with one of the interpreters while Dr. Amy Acton speaks, during one of Governor Mike DeWine's press conferences regarding the novel coronavirus. (Courtesy: Jillian Arnold)

Jillian says, “We are very blessed and honored to have this incredible opportunity to share Jacoby's powerful journey of her ultimate fight to live, even with all the odds stacked against her.”