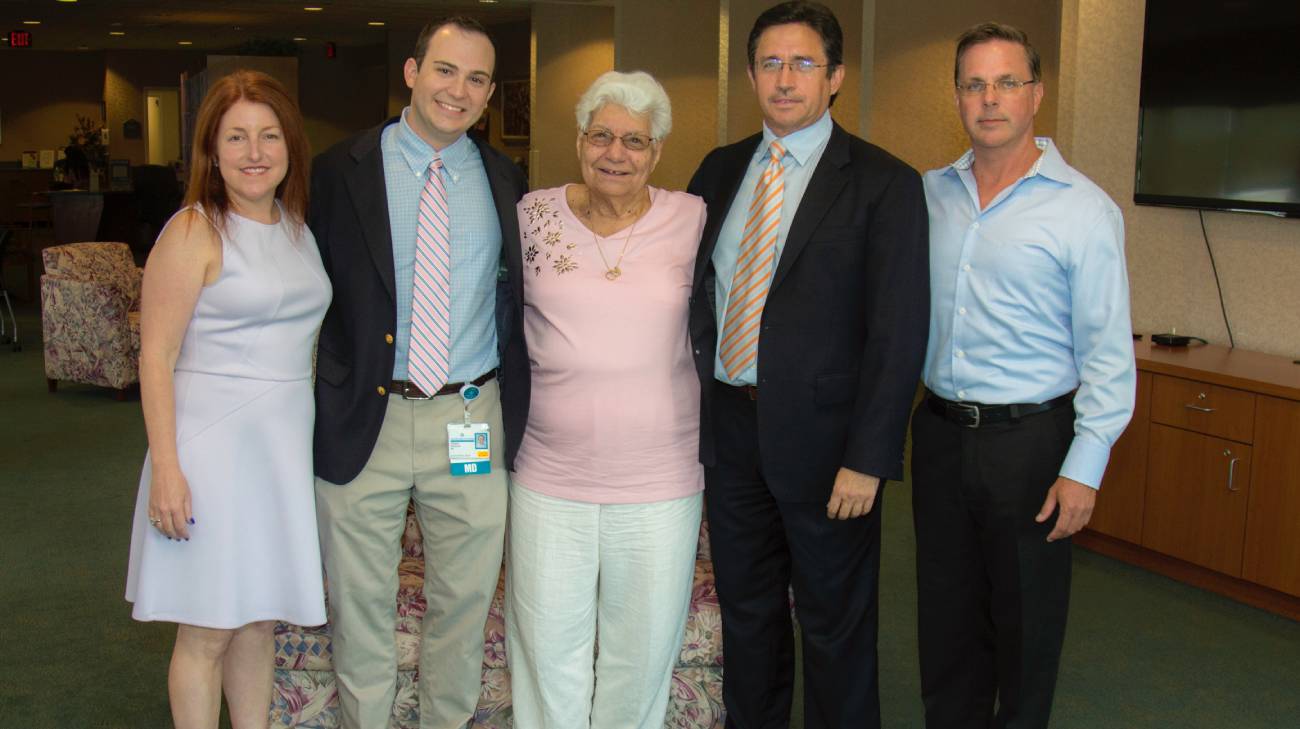 “Let’s leave it alone.” That was Theresa Reynolds’ initial reaction upon learning she had breast cancer and required a mastectomy.

“I had a lot of concerns,” Reynolds said. “My mother had breast cancer and I remember what she went through.” At the age of 85, Reynolds didn’t want to put herself - and her family -through the experience.

“Dr. Wengler was so concerned and comforting,” Reynolds said. “I felt confident in him. I finally said, ‘lead the way.’”

Jean Reynolds, Theresa’s eldest daughter, became her mother’s health surrogate during this time. A physical therapist in Orlando, Jean suggested her mother consider relocating and receiving breast cancer treatment there. But after meeting her mother’s care team at the Robert and Carol Weissman Cancer Center, Jean felt confident her mother was in good hands.

“The clinicians and physicians coordinated my mother’s care really well and communicated with us every step of the way,” Jean said. “We always felt they had my mother’s best interests in mind, and at the same time, they did everything they could to reassure us and make us feel comfortable.”

She took advantage of the support services Smith provided and her availability to answer any questions that came up. “Mary was amazing,” Reynolds said. “I leaned on her and she made this a much easier process.”

Recalling the moment she received her cancer diagnosis, Reynolds thinks about others in a similar situation. She knows what it was like to have fears and concerns. But now she also knows the difference a caring and compassionate team can make.