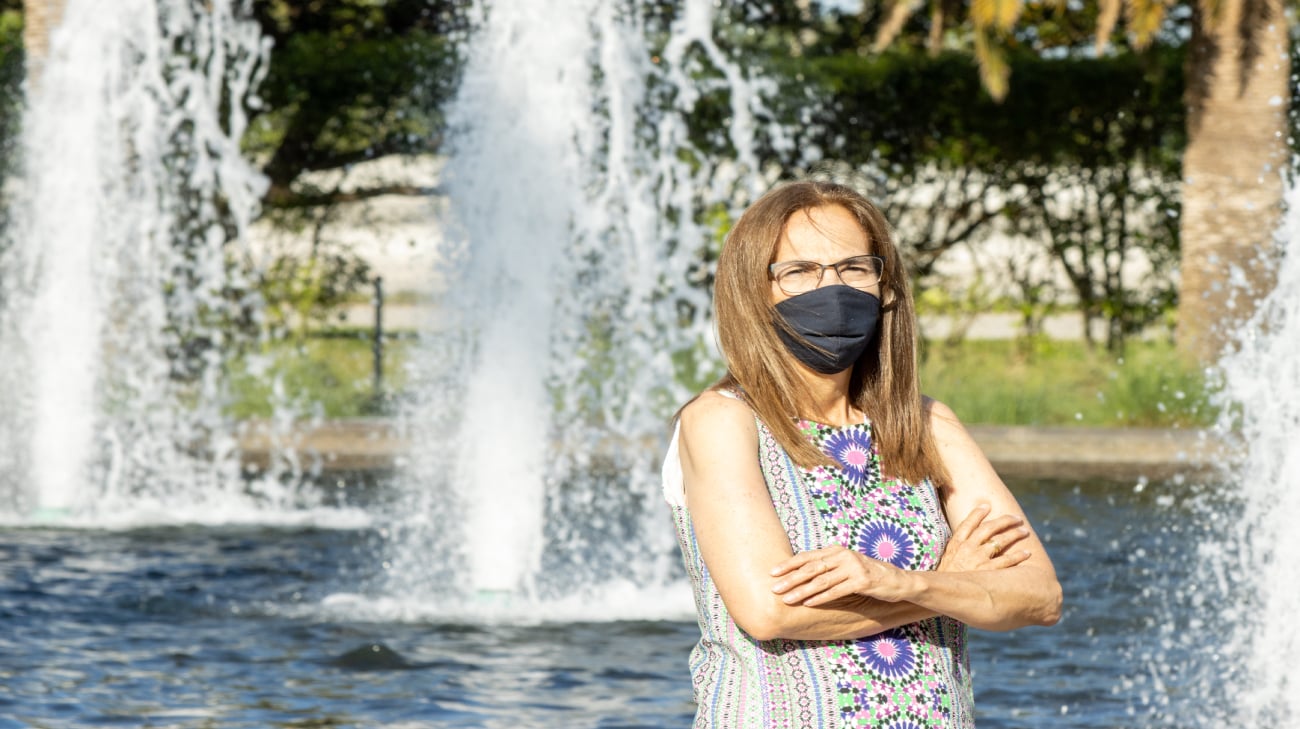 For nearly a year, Ruth Fernandez lived without her voice. “I had a really bad cold, and a lot coughing, but we thought it would get better,” said Ruth, 61.

Instead, it became harder for the Weston resident to talk. Her voice got weaker, and people could not understand what she was saying. Not being able to speak with her grandchildren was very hard on her.

Ruth was diagnosed with vocal cord paralysis. Under normal circumstances, vocal cords open when you breathe and close when you speak, but a paralyzed vocal cord does not move.

According to Dr. Dominguez, many patients suffering from vocal cord paralysis will regain their voice.

“In the meantime, we want to do something to help their vocal quality,” she said.

In Ruth’s case, surgery was not an option. Dr. Dominguez was able to perform an office-based injection augmentation to help her voice improve. These types of treatments are just one of the advantages of seeing a voice specialist.

“Because we had the capability to do an office-based procedure, we were able to treat her problem,” said Dr. Dominguez. “It takes about 10 to 15 minutes to do, and patients really like that because it improves their voice and they notice results immediately.”

Ruth says that now she feels great. “It’s important to be able to communicate with the kids, and the people that you love.”

Ruth thanks Dr. Dominguez for helping regain her voice. She also thanks Dr. Alemar for leading her to the Voice Center. “I personally had a great experience.”

The Voice Center -- part of the Department of Head and Neck -- works together as ear, nose and throat specialists and speech pathologists. They work in conjunction with several other medical disciplines to treat disorders of the voice box or larynx.