From Back Braces to Surgery, Teen Advocates for Girls with Scoliosis 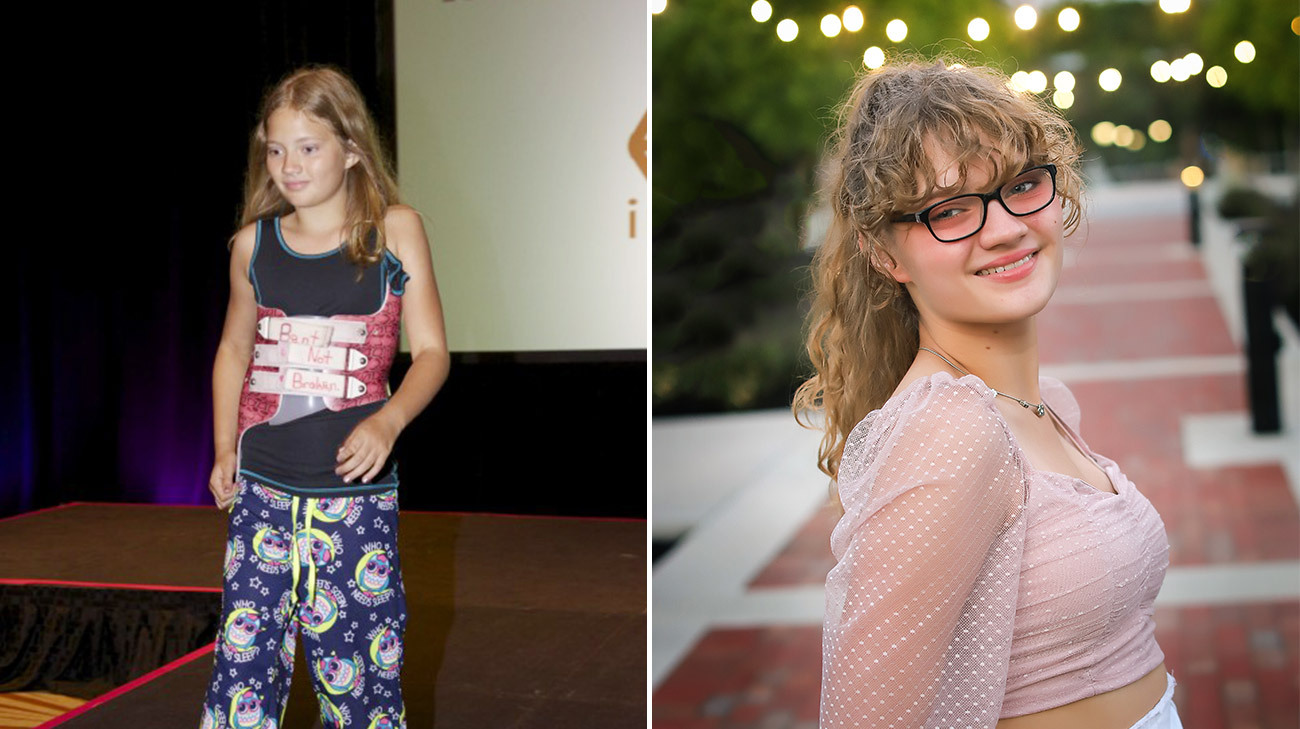 Anna Browning was only 6 years old when she learned she had scoliosis. A chest X-ray to diagnose breathing trouble after a brief illness revealed a slight curve in her spine.

It was very minor and just needed to be watched, said Ryan Goodwin, MD, a pediatric orthopaedic surgeon at Cleveland Clinic Children’s.

But over the next year, her spine curved more. At age 7, Anna began wearing a back brace at night to help coax her spine into alignment. She ended up needing three different nighttime braces as she grew between third and seventh grade.

“They were so bulky, going up to my armpit on one side and down to my thigh on the other,” says Anna, now a 17-year-old high school senior. “Because they had thick padding, I’d get really sweaty when wearing them.”

In middle school, Anna began having back pain. Her spine — becoming more bent and twisted as her scoliosis progressed — was putting more pressure on the muscles and nerves in her back. For extra support, she started wearing a back brace to school.

“Some days it was hard to breathe, as my spine started pressing into my rib cage,” says Anna. “There were some exercises in gym class that I couldn’t do because of my back. Bending down to get stuff out of my locker was hard.”

She tried physical therapy to help minimize her spine’s curve and rotation. It worked for a while, until she had another growth spurt.

By the time Anna stopped growing at age 14, the curve in the middle of her spine was a severe 48 degrees. A back brace would no longer help correct the alignment, although Anna continued to wear one at night for relief whenever her back pain was especially bad.

“Spine surgery was always an option, but one I never wanted to think about,” says Anna. “Dr. Goodwin was helping me do everything possible to stabilize my condition with braces and physical therapy.”

Then the COVID-19 pandemic struck. With many activities cancelled and school held online, it was the perfect time for surgery and the weeks-long recovery. In January 2021, Anna had the seven-hour procedure to fuse a large portion of her spine at Cleveland Clinic Children’s.

“We placed rods and screws into her spine to safely correct the deformity,” says Dr. Goodwin. “The goal of surgery is to stop scoliosis from getting worse over a patient’s lifetime. Some patients have less back pain after surgery.”

Already that’s the case with Anna.

“My spine no longer hurts, but the muscles and nerves around my spine are still adjusting to their new alignment,” says Anna, now eight weeks later. “I can tell there’s less pressure in my neck and shoulders because my spine is straighter.” 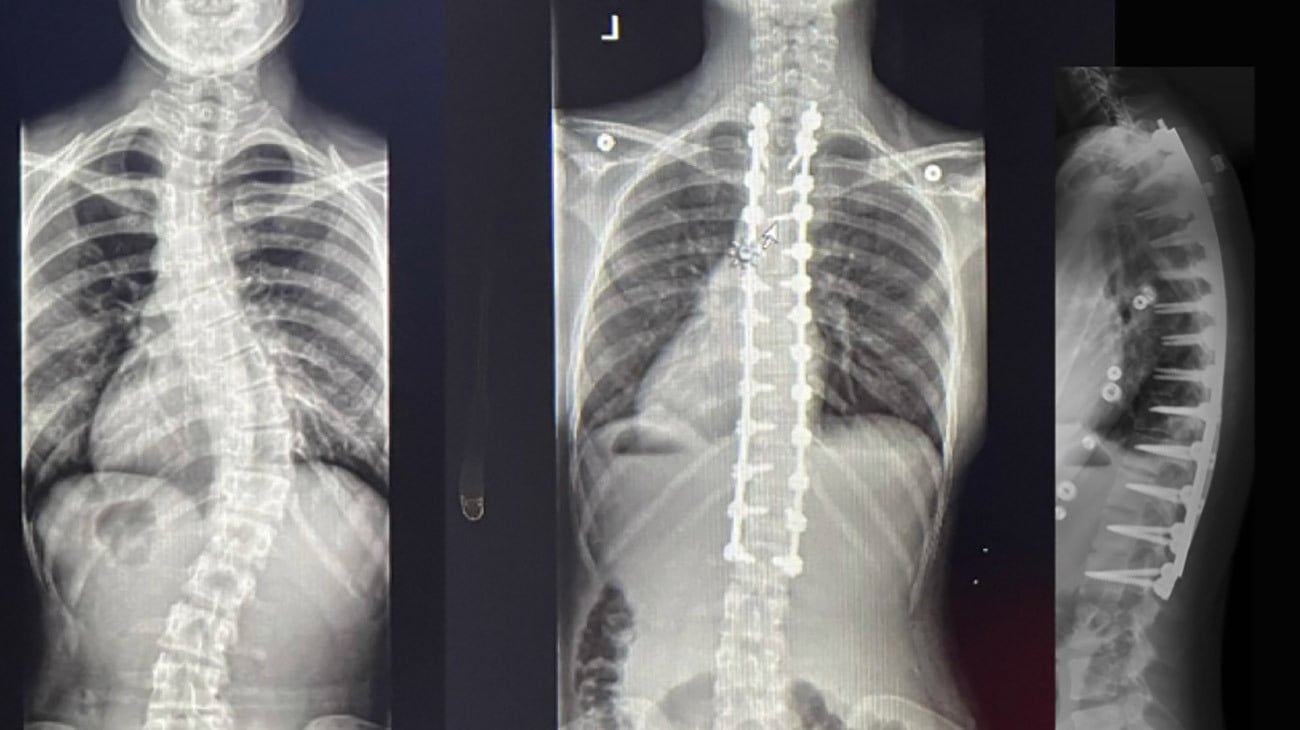 She views the scar down the middle of her back as a badge of honor.

“I always wore my back brace outside of my clothes because it was more comfortable that way,” she says. “But it was also a great tool for teaching others about scoliosis. I’ll use my scar to do the same.”

Anna encourages other young girls with scoliosis to wear their back braces and scars proudly. At age 9 she started the Cleveland chapter of Curvy Girls, a support group she still leads today.

Dozens of girls across Northeast Ohio have been part of the group. Today’s members include some who weren’t even born in 2013, when Anna began hosting the monthly meetings at her home.

Group discussion centers on embracing life with scoliosis. At each gathering, the group does an activity or craft, like designing T-shirts or doctoring Halloween skeletons with duct-tape back braces and paper-clip spinal rods.

“It’s just nice to be with others who are feeling the same thing and to know we’re not alone,” says Anna. “Living with scoliosis has been a long journey for me and I’ve tried pretty much every type of treatment, so I understand a lot of what my group members are going through.”

Anna’s prognosis is excellent says Dr. Goodwin. While she’s still waiting to resume her normal activities after surgery, she is looking forward to beginning college this fall — and maybe even playing bass drum in the university marching band.