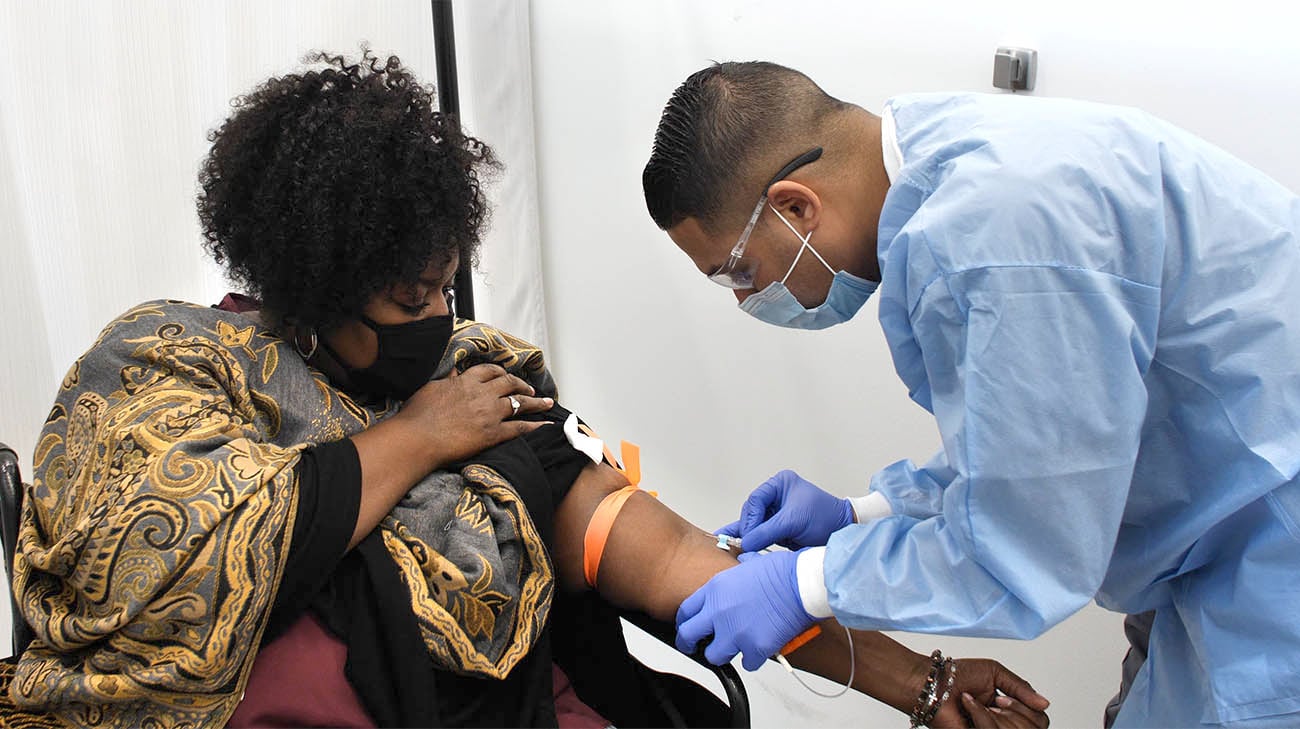 As a longtime Toledo-area schoolteacher, Daphne Jones is fairly well-versed in poetry. “The only poems I know are the ones written in books,” says Daphne, 52, and a grandmother of three. “It’s a disease I’d never heard of.”

Its rarity is the primary reason Daphne suffered from the affects of POEMS, enduring countless tests and examinations, several lengthy hospital stays and ineffective medications, once she began experiencing difficulty with her gait and balance in late 2018.

She tried visiting a chiropractor for nearly five months, but her symptoms – tingling hands and feet, difficulty standing or walking – continued to worsen. 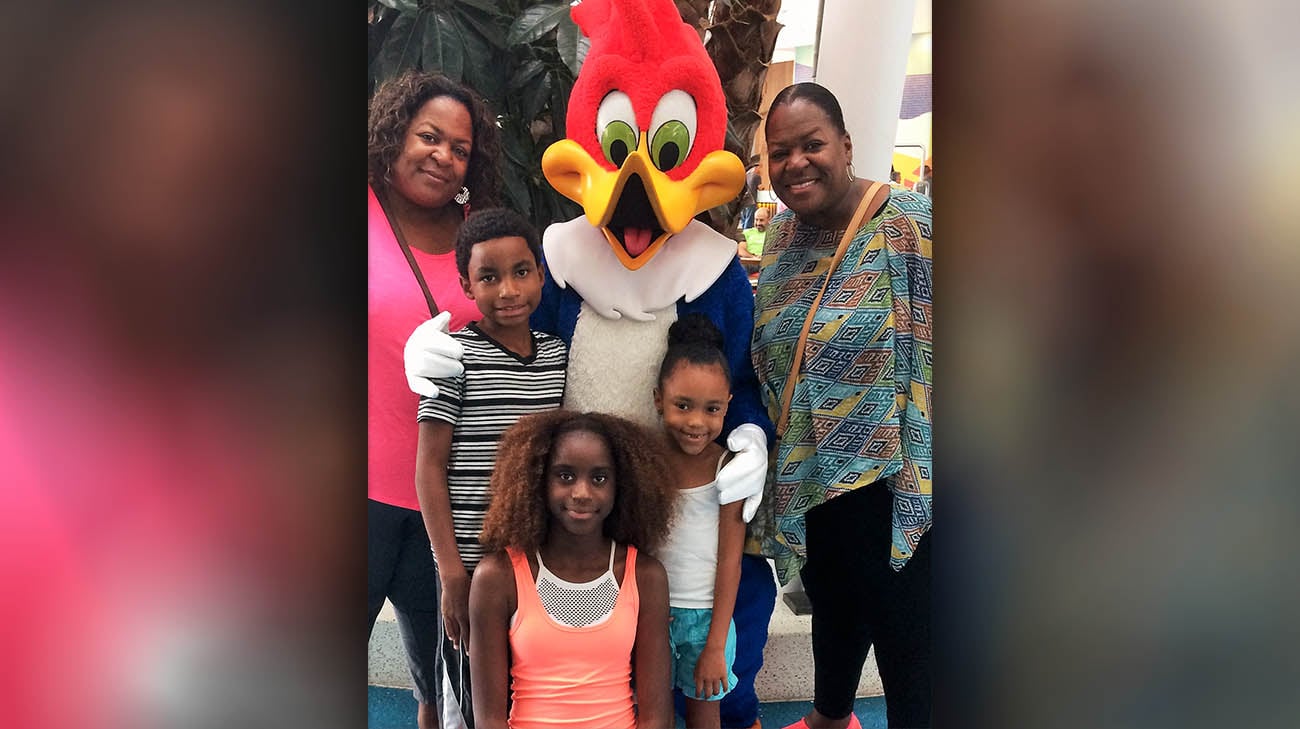 Daphne, with her twin sister, and grandkids. (Courtesy: Daphne Jones)

In May 2019, after Daphne arrived to work, she felt something wasn't right. "It felt like I was walking sand." Afterwards, Daphne requested she go to the hospital from Beverly Elementary School, where she was teaching special education. She left her classroom early that day to be examined at a local hospital’s emergency room. As it turned out, Daphne didn’t leave that hospital for more than seven days. Doctors, seeing lesions throughout her body, first thought Daphne had a form of cancer. It was the first of more than a dozen diagnoses that didn’t pan out, as each was ruled out upon further scrutiny by perplexed specialists.

“A string of doctors, one after the other, would examine me. One thought it was myeloma, another thought it was multiple sclerosis,” recalls Daphne, who also experienced a partially collapsed lung, and an enlarged spleen and liver, in addition to her ambulatory problems. “They even tried to do a (bone) biopsy, but my bones were so hard from calcium they couldn’t get a good sample.”

That was just the first in a series of doctor and hospital visits Daphne made over the ensuing months. Fairly healthy before the disease struck, Daphne slowly deteriorated throughout the summer. “I kept getting weaker, and lost the ability to use my hands or to stand on my own,” says Daphne. “I couldn’t hold a toothbrush or comb my hair. I was so scared I was going to be paralyzed.”

Finally, in autumn 2019, on the advice of her primary care physician, Daphne made an appointment to see neurologist Yuebing Li, MD, PhD, at Cleveland Clinic, about a two-hour drive from her home. Accompanied by her daughter, respiratory therapist, Kesha Douglas, and 16-year-old granddaughter, Laila Jones, Daphne (wheelchair-bound at the time) remembers being nervous but hopeful as she arrived.

“They treated me so good. Everyone does at the Clinic,” Daphne exudes. “When Dr. Li told me my nerve damage wasn’t permanent, it was a huge relief. For the first time in a long time, I felt like I wasn’t going to die.” 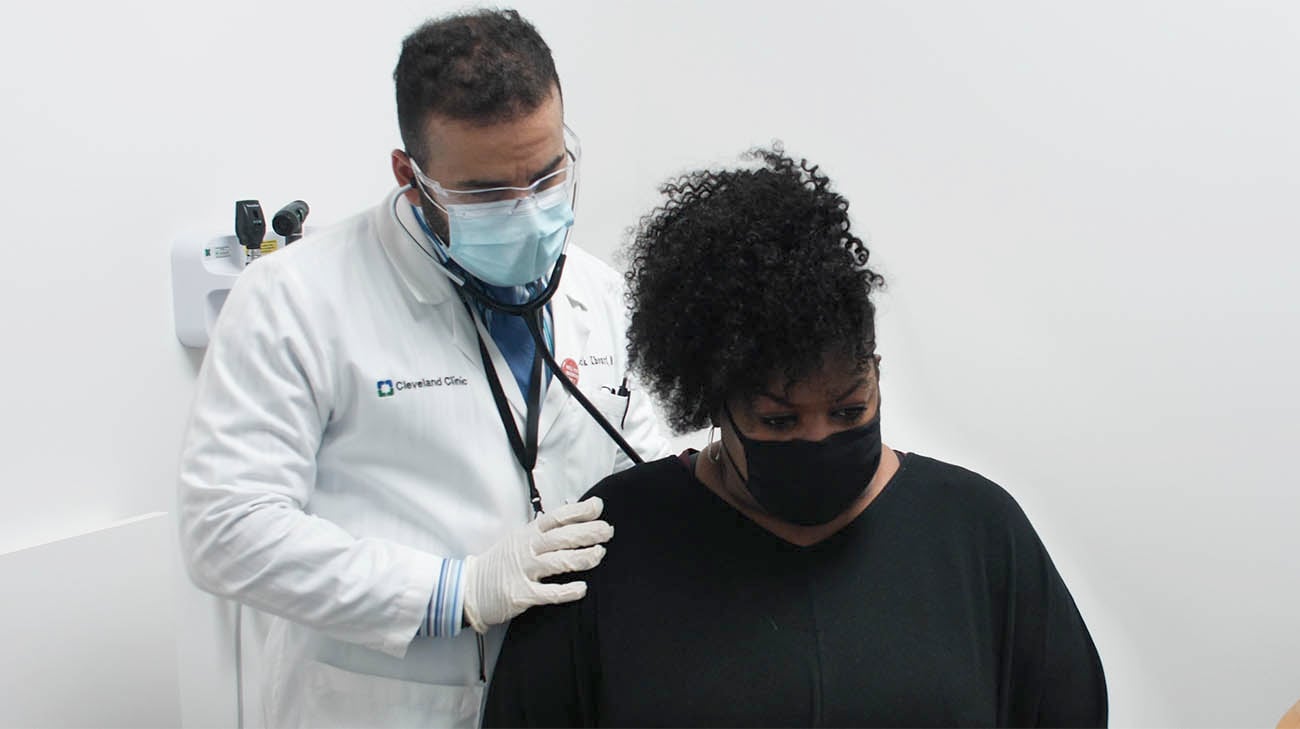 As before, Daphne was admitted to the hospital for a myriad of tests. However, unlike during her stays in other hospitals, Dr. Li – working in collaboration with colleagues in other disciplines, including hematology and medical oncology -- began to narrow down the possibilities. Shockingly, Daphne’s vascular endothelial growth factor (VEGF) level was 499. A normal range for this measure of a type of protein that stimulates blood vessel formation is less than 100.

That result and others prompted one member of Daphne’s team, hematologist/oncologist Jack Khouri, MD, to make the diagnosis that has ultimately reversed Daphne’s spiraling health issues: POEMS syndrome.

According to Dr. Khouri, a specialist in cancers or disorders of the blood, who typically sees no more than three new POEMS patients in a year, “POEMS is very debilitating and can be mistaken for other neurological disorders, even by neurologists. The rare nature of the disease and the different clinical manifestations of it make it hard to put a label on it.”

Fortunately, many POEMS patients recover by being on medications that suppress the plasma cell, which is the source of the disease. In Daphne’s case, she has used various dose levels of lenalidomide and dexamethasone prescribed by Dr. Khouri. Almost immediately, she saw the positive effects of the medications, and in short order, her VEGF levels returned to normal.

“It was the miracle I prayed for,” marvels Daphne, who visits Cleveland Clinic every three months or so to have her progress monitored. “I just felt myself getting stronger and stronger every day, and I do everything Dr. Khouri asks. I exercise, take my vitamins and eat right. Now, I’m back to 95% of where I was before.” 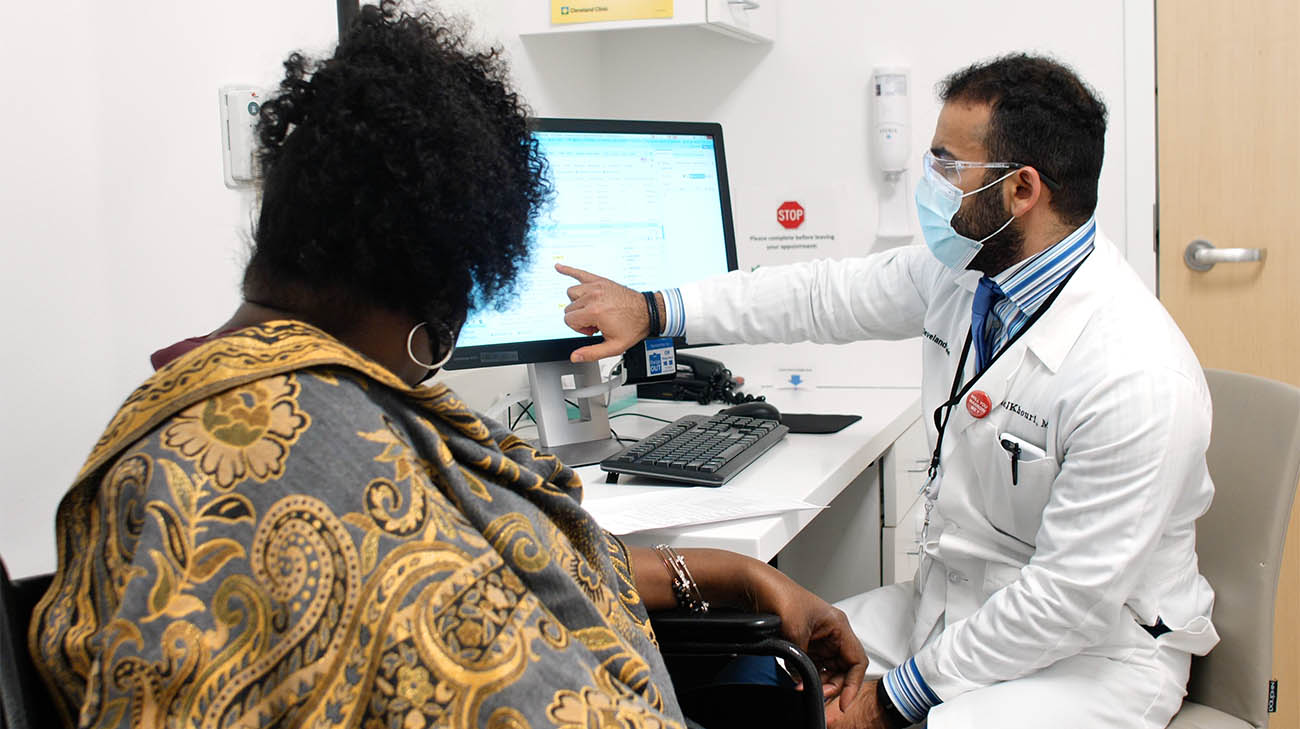 Dr. Khouri agrees Daphne has made remarkable progress. “Her improvement was really swift. She surprised me,” he says, adding that Daphne is now considering an autologous hematopoietic cell transplant that could potentially provide long term remission for several years. “She went from wheelchair-bound to walking without assistance in a very short time.  And she’s been doing very well ever since.”

Daphne believes it hasn’t been the medicine alone that is curing her, but the expertise and empathy displayed by Dr. Khouri and the care team, including care coordinator Mary Ann Karam, RN. Recently, when Daphne’s mother, Irezetta Jones-Hamilton, died at age 80 after a short illness, a heartbroken Daphne had her regular checkup at Cleveland Clinic just a few days later. She recalls how caring and patient “my friends” were with her. “I realized later how busy they must both be, but they never rushed me. They listened with kindness in their hearts.”

Mary Ann, who regularly exchanges emails with Daphne, reached out to a potential employer who was worried about hiring someone with POEMS syndrome. She explained Daphne’s condition and that it wouldn’t interfere with her work, which prompted the employer to offer her the job.

“This is what our nurses do every day for our patients. They don’t just help them with their medical situation, they are good social advocates for them, too,” notes Dr. Khouri.

Daphne, who starts work again as an office administrator for her local church, has high praise for the entire team, but says, “I hold a special place in my heart, usually reserved only for family, for Dr. Khouri and Mary Ann.”