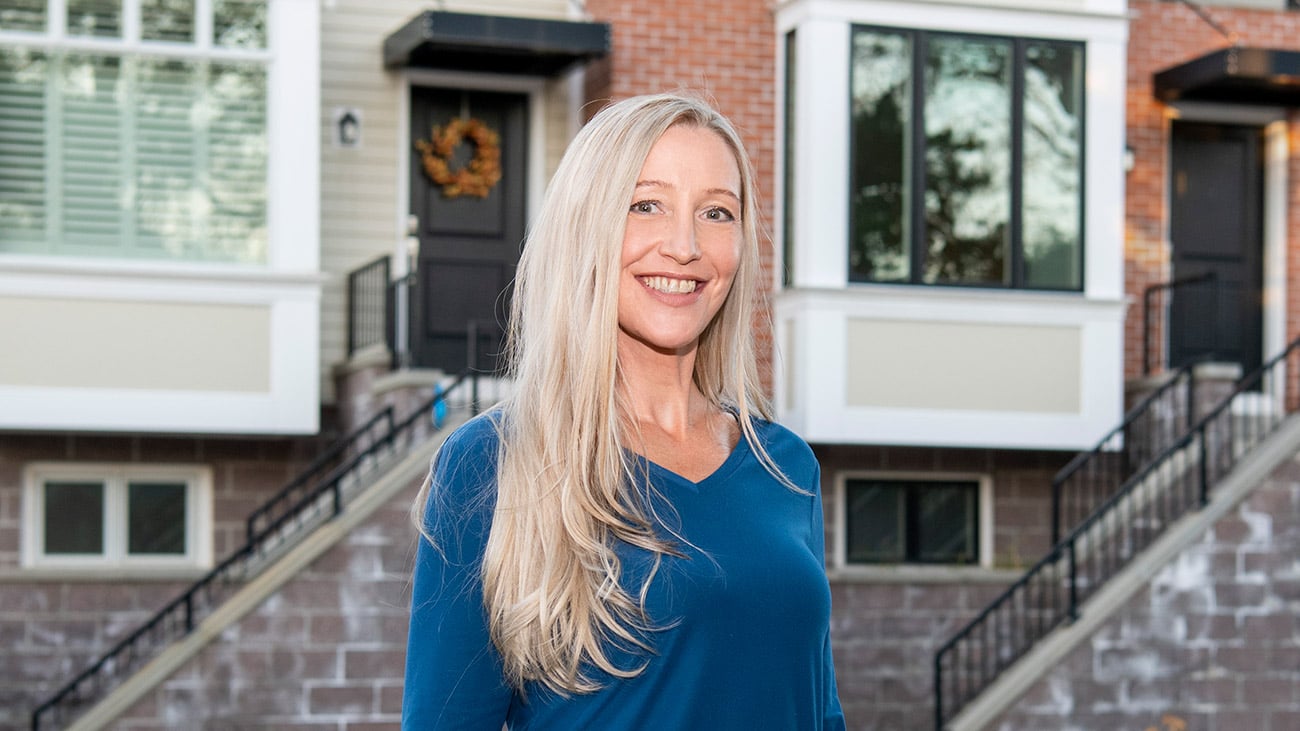 Daily living for Sandy Pritchett-Velez had been a struggle long before she was formally diagnosed with Ehlers-Danlos syndrome, a genetic condition that affects connective tissue including the skin, joints and blood vessel walls. Symptoms include overly flexible joints that can dislocate; skin that is translucent, elastic and bruises easily; and in some cases, dilation or even rupture of major blood vessels. Treatment helps manage symptoms and can include medication, physical therapy and sometimes surgery.

“I’ve dealt with the full gamut of debilitating issues that affect every system in my body, and some of those issues have required life changing surgery,” says Sandy, now age 48. “I’ve been fighting for my mobility over the last decade, and as far back as I can remember, I’ve had severe functional issues involving my teeth and jaw.”

From grade school on, Sandy spent many hours in speech therapy. As a teen, she began having to force her jaw forward to speak and eat. Despite this, Sandy never had any corrective orthodontic treatment until about eight years ago when she decided she needed to invest in her mouth and take care of both functional and aesthetic issues.

“That was the start of an arduous process that would lead me to having double jaw surgery,” says Sandy.

“Dr. Rampazzo went above and beyond to give me the opportunity to live a more functional life with less pain. For the first time in my life, I can speak without forcing my jaw forward and I can eat without biting my tongue and cheeks and dropping food from my mouth.”

Her local oral maxillofacial surgeon suggested chin augmentation that would help balance her face, as her lower jaw had receded more and more over time. Sandy didn’t agree with this option, as it would do nothing to improve function, so she sought a second opinion from Cleveland Clinic.

“We discussed options for treatment, including a chin implant, but I did not think that would change things much. Her bite was completely off,” says Dr. Rampazzo. “There was a surgery I could do that would potentially fix her bite, lessen her chronic pain and improve her breathing – her condition had caused Sandy to have severe sleep apnea – and appearance.”

According to Dr. Rampazzo, this surgery is typically performed in younger patients, around age 16 or so. For Sandy, this also meant a longer recovery considering the Ehlers-Danlos syndrome. 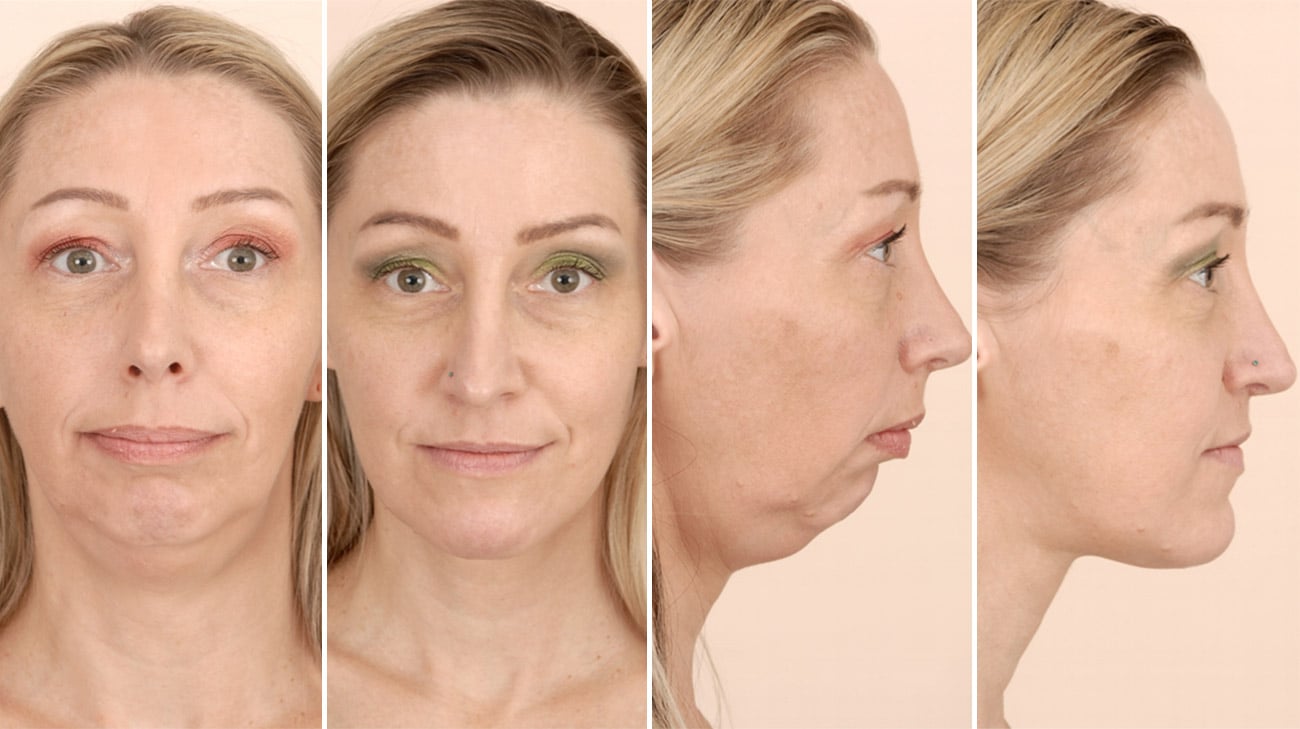 Before and after photos of Sandy's life-changing surgery. (Courtesy of Cleveland Clinic)

“Right from the start Dr. Rampazzo was very thorough and wanted to be sure all things were considered for the best outcome. He had great concern that the surgery could make things worse rather than improving my function and pain. I decided at that time the surgery would not be worth the risk,” says Sandy.

Instead, her orthodontist continued to work on moving Sandy’s upper teeth back to try to give her the best bite possible, but when the day came to remove her braces because nothing more could be accomplished without jaw surgery, Sandy was disheartened and disappointed. It didn’t take her long to decide to schedule another appointment with Dr. Rampazzo.

“I was desperate for relief and better quality of life, so at this point the potential benefits clearly outweighed the risks, including the possibility of a much longer and unpredictable recovery for me,” Sandy says.

In preparation for the surgery, Sandy was put on medications to help stabilize her joints and improve pain. She underwent an MRI and CT scan which showed some mild arthritis, but Dr. Rampazzo felt there was enough residual temporo-mandibular joint to go ahead with surgery. She also required further orthodontic work to move her teeth in the opposite direction.

After six years in braces, the day of surgery finally arrived.

“It was a long surgery, but when it was complete, we had achieved a normal bite, a well-balanced facial profile and an improvement in the airway volume. Sandy told us there were people who didn’t recognize her after her surgery,” says Dr. Rampazzo.

“Dr. Rampazzo went above and beyond to give me the opportunity to live a more functional life with less pain. For the first time in my life, I can speak without forcing my jaw forward and I can eat without biting my tongue and cheeks and dropping food from my mouth,” says Sandy.

“I am so blessed and truly grateful for my amazing support team. I could not have done this without my husband and best friend, Randy and our three amazing and spirited children, my incredible physical therapists and orthodontists, and of course, Dr. Rampazzo and his experienced and talented team. I thank them all for the gift they’ve given me.”