For eight months, Bryon Smith’s face was rigid and immobile, like that of a statue. Unable to move his facial muscles, he couldn’t smile, frown or show emotions. Since he couldn’t speak, he relied on an iPhone app to communicate with family and loved ones.

When you're unable to communicate with a person, there’s so much lost,” says Bryon, who regained the use of his face and voice after being treated at Cleveland Clinic. “When you can’t tell your wife you love her, it’s way different when you have to write it down. It just didn't convey the same emotions.”

Twice in his life, Bryon, age 48, from Oklahoma, has been suddenly struck by the effects of what appears to be a form of functional apraxia –a neurological disorder that affects brain pathways needed to produce voluntary movements. Bryon’s case is unique because it simultaneously affected his ability to move his facial muscles and the voice box muscles needed to make sound. 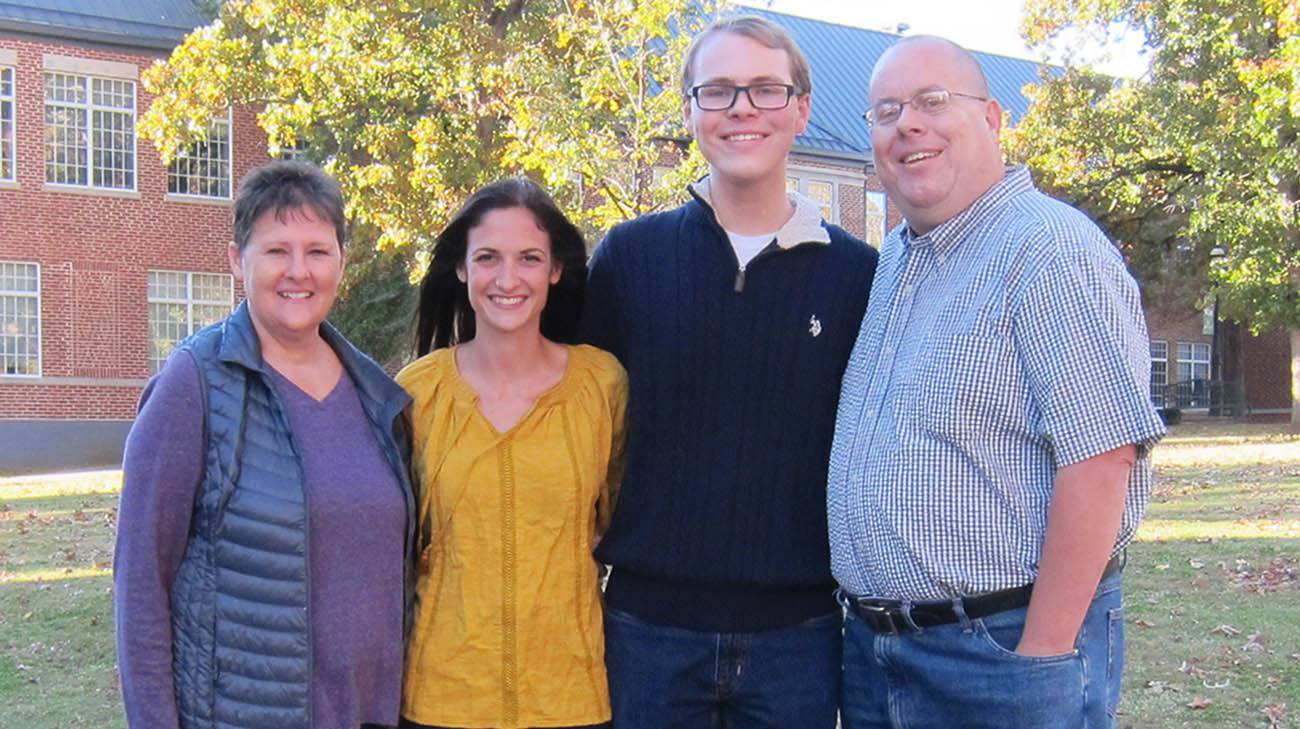 One of the hardest things for Bryon was not being able to communicate with his family. (left to right) Bryon's wife, Tina, daughter, Jordan, son, Braeden and Bryon. (Courtesy: Bryon Smith)

Each time, Bryon has had the effects of his condition reversed by Claudio Milstein, PhD, a Cleveland Clinic voice specialist with expertise in laryngology (the study of the voice box) and voice disorders. Dr. Milstein uses a hands-on technique known as laryngeal manipulation to reposition the voice box and the muscles surrounding it, thus restoring the muscle tension balance needed for speech and facial movement.

“Imagine waking up one day and you can't move your face. You can't smile. You can't say anything to your loved ones,” says Dr. Milstein, who believes Bryon’s conditions are triggered by seizures. “With laryngeal manipulation, if you can decrease the tightness of the muscles holding the voice box in place, the ability to produce sound should be restored.”

A completely non-invasive procedure, Dr. Milstein simply uses his hands to perform laryngeal manipulation. By repositioning the voice box, he hopes to restore the right balance of muscle tension needed for Bryon to produce sound and have a voice. For Bryon, his most recent manipulation was successfully completed in about two hours. 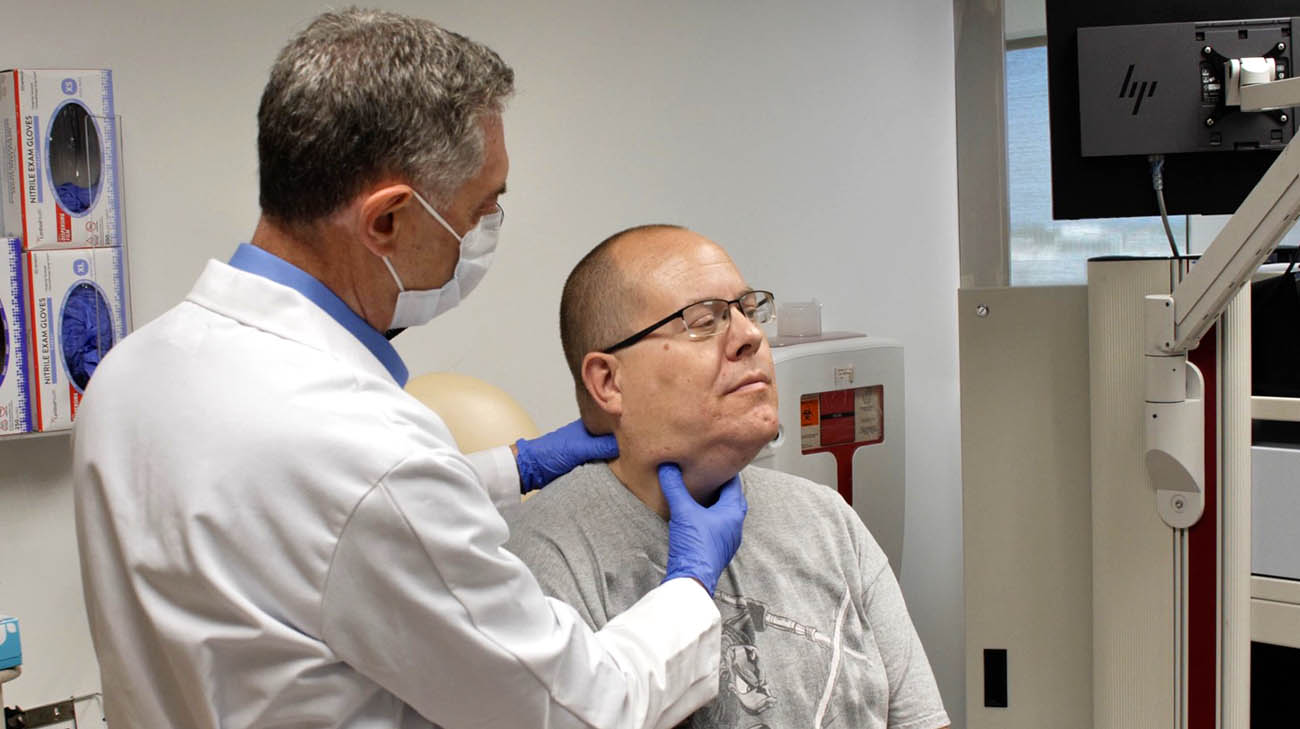 Bryon says the procedure can be a bit scary at first. “Dr. Milstein is moving stuff around in my neck and there are crackling noises, like having rice cereal in your throat. You’re not sure what’s happening,” he recalls. “And then, all of a sudden, you hear your own voice again, which you haven’t heard in a long, long time. It’s kind of overwhelming.”

In 2013, after Bryon first experienced effects of the condition, he saw many specialists over the course of eight months – none of whom were able to help him. Dr. Milstein, who has performed laryngeal manipulations for years and treated patients with functional dysphonia (poor voice quality caused by inefficient balance of muscle tension in the neck and throat muscles), was confident it would work in restoring Bryon’s ability to make vocal sounds, and it did. However, he was concerned both times it may not be useful in correcting his speech and facial movement issues. 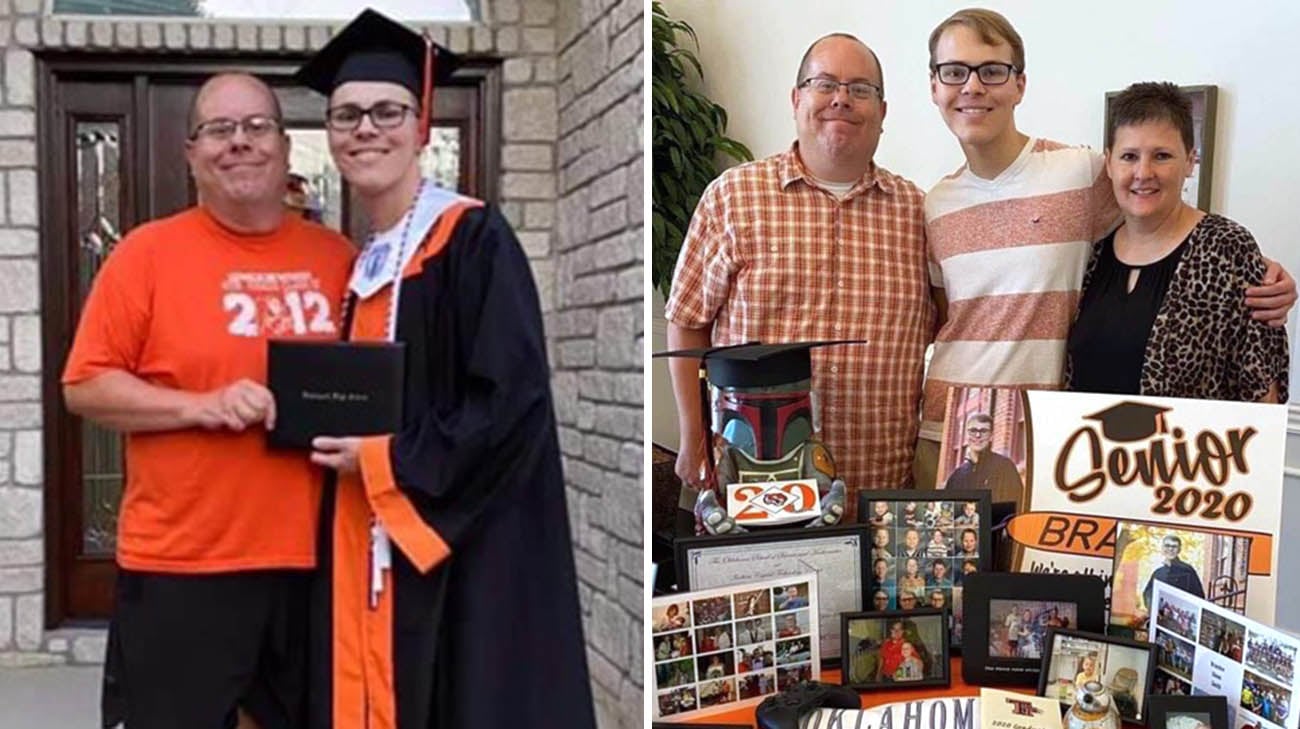 Bryon's son, Braeden, graduated high school in 2020. With Bryon's voice restored, he can now communicate with him, over the phone, while he's in college. (Courtesy: Bryon Smith)

“Given that he couldn't move his mouth to modulate any sound produced into speech, I really didn't think that we were going to see much benefit from the treatment,” he adds. “But I was wrong. Once Bryon’s vocal cords got reengaged, it was like a chain reaction – all the other (facial) functions began working again.”

Now again able to speak normally, with the exception of an occasional stutter, Bryon is grateful his ability to fully communicate has – once again – been fully restored.

“When I lost my speech and (facial expressions), it feels like you’re on a sinking ship,” Bryon states. “You’re mute, unable to smile at anyone; you can’t even raise an eyebrow. This therapy changed my whole life.”