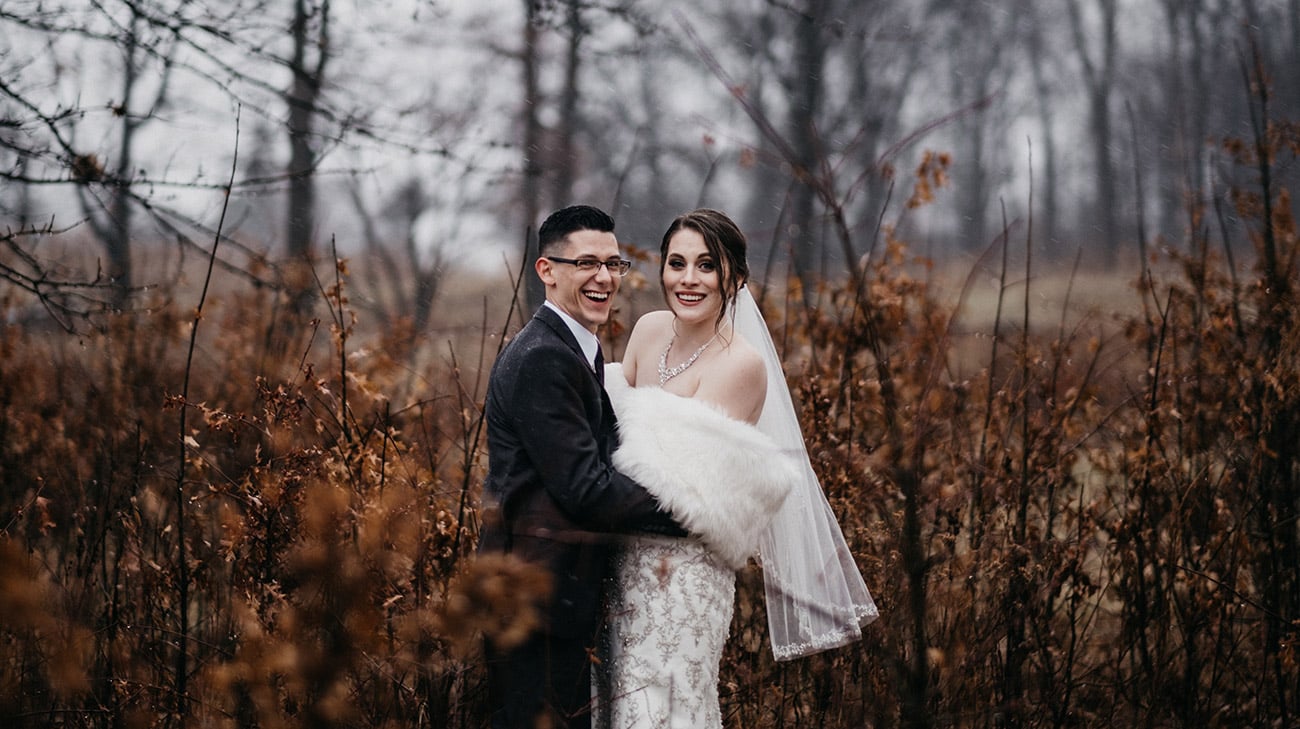 Hallie Piscioneri, 23, has a lot going for herself — she’s a former college athlete, absolutely hilarious, is working on her master’s degree, recently got married and to top it off — she’s beautiful.

The Mayfield Heights resident didn’t always feel like pretty though. “I know that outward beauty doesn’t define you, but my facial deformity made me so self-conscious,“ says Hallie.

While in middle school, she had severe jaw pain and noticed her face was very asymmetrical. “I looked at pictures of myself as a child and my face was even,” remembers Hallie.

She tried medications and physical therapy but those weren’t helpful. “I was willing to do anything to feel better,” recalls Hallie. “I just couldn’t take it anymore.”

Her mother — a Cleveland Clinic caregiver who once worked in plastic surgery — suggested she see a physician in that department at Cleveland Clinic's Dermatology & Plastic Surgery Institute.

“Hallie came into my care in 2018 with moderately severe facial asymmetry, breathing issues and malocclusion caused by excessive growth and enlargement in her mandible,” describes Bahar Bassiri-Gharb, MD, PhD, a plastic surgeon at Cleveland Clinic. “Her condition began around puberty when one side of her left lower jaw grew more than the right which caused her discomfort and facial asymmetry.”

During her initial consultation, Hallie learned that she’d need extensive surgery to correct the issues.

In June 2018, Hallie was ready for her life-changing surgery. “Right before the surgery I began to cry. Dr. Bassiri-Gharb gave me a hug and said I’ll take care of you,” recalls Hallie. “I had such trust in Dr. Bassiri-Gharb, but her hug gave me a sense of relief.”

She also had a genioplasty, more commonly known as a chin augmentation, to enhance the shape and appearance of her chin; and a right cheek implant. One year later, she had a septorhinoplasty, to correct the unevenness in her nose, which was the final step in making her face symmetrical.

“The surgery was a very powerful procedure that corrected Hallie’s bite, improved her breathing, relieved her facial pain and gave Hallie fantastic cosmetic results,” explains Dr. Bassiri-Gharb. “Hallie and I became friends. I was so happy to be a part of her medical journey that enabled her to enter the next stage in life.”

Other than a few follow-up appointments, no further medical care is needed.

“While I was having my makeup done on my wedding day, I realized how eternally grateful I was for the care and treatment I received from everyone at Cleveland Clinic, especially Dr. Bassiri-Gharb,” recalls Hallie. “Without them, I wouldn’t have been able to walk down the aisle on my wedding day with a smile on my face and all the confidence in the world.”