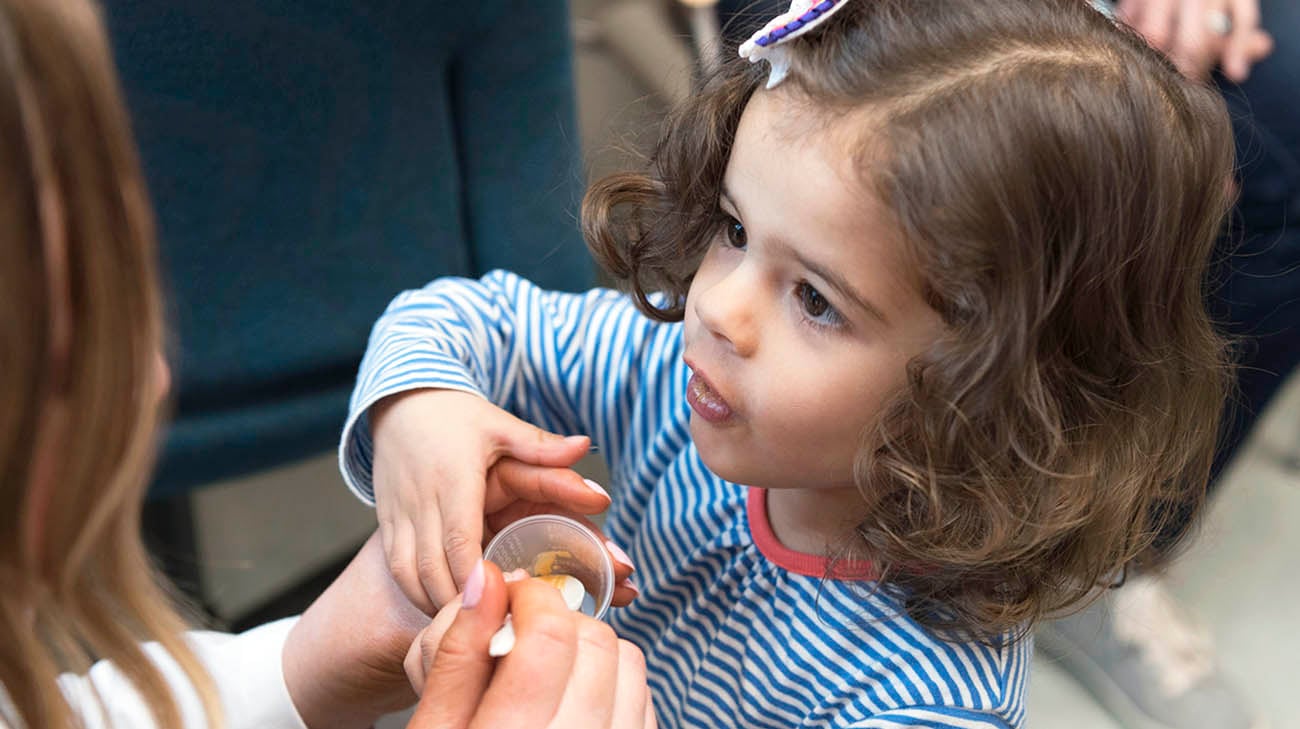 Red blotches would form on 6-month-old Harper’s face when she ate very small amounts of certain foods, including anything containing peanuts.

As soon as Harper’s mom, Katie Hoosenally, saw her daughter’s reaction, she knew she had to do something to help her overcome the effects of those allergies.

“Exposing Harper to little bits of peanuts every day, as long as the reaction remains mild and doesn’t progress, will help her overcome the allergy so she won’t have it as an adult. And it’s working,” Katie says. 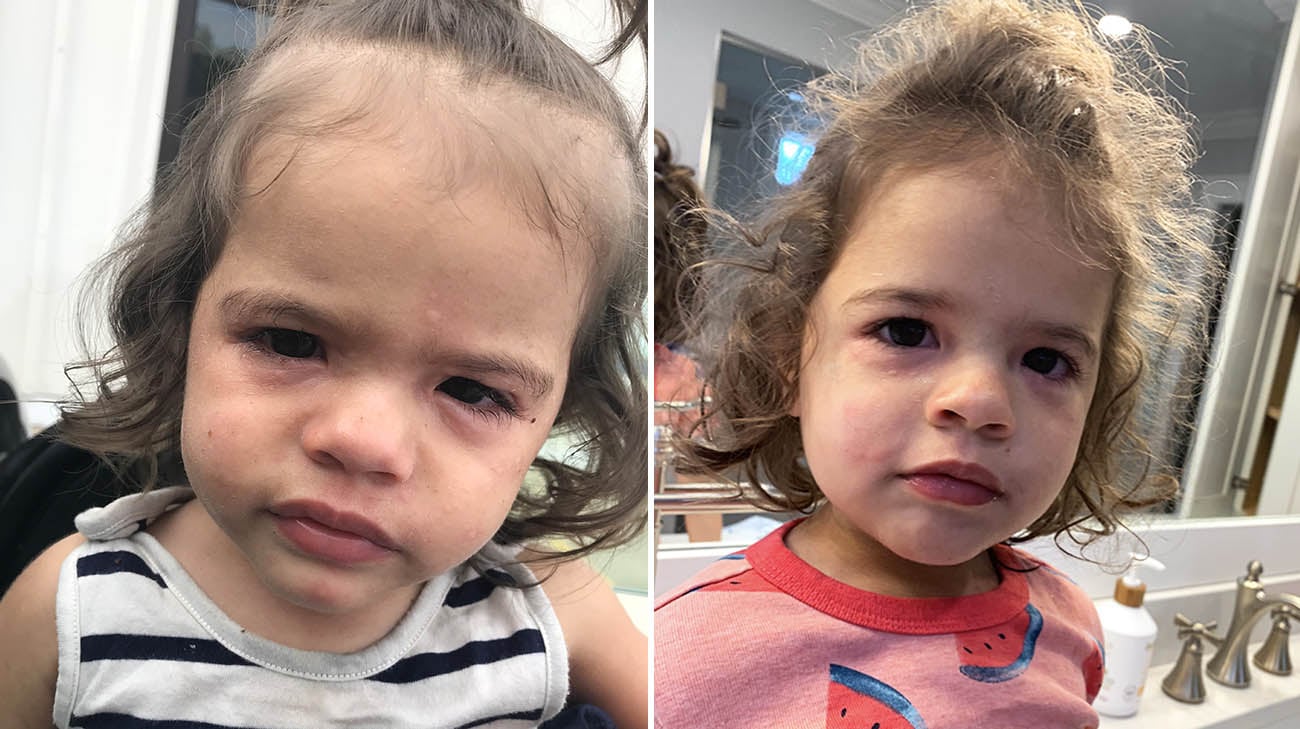 Harper experiencing an allergic reaction to cashews at 18 months old (left). She had a slightly milder reaction when she was 2 years old (right). (Courtesy: Katie Hoosenally)

Now 3 years old, Harper has been seeing Cleveland Clinic allergist Sandra Hong, MD, since she was an infant. According to Dr. Hong, introducing minute doses of the troublesome foods at an early age to children diagnosed with food allergies – and administering these foods daily, while under supervision and with guidance from an allergist – are often quite effective in building a tolerance without a severe allergic reaction.

“If you can catch the little ones, like Harper, early in their lives, their immune systems are still quite flexible,” notes Dr. Hong, whose work in this area is enhanced at the Cleveland Clinic Food Allergy Center of Excellence (FACE). “When they acquire a sustained tolerance for these foods, any allergic reactions are not nearly as significant as they get older.” 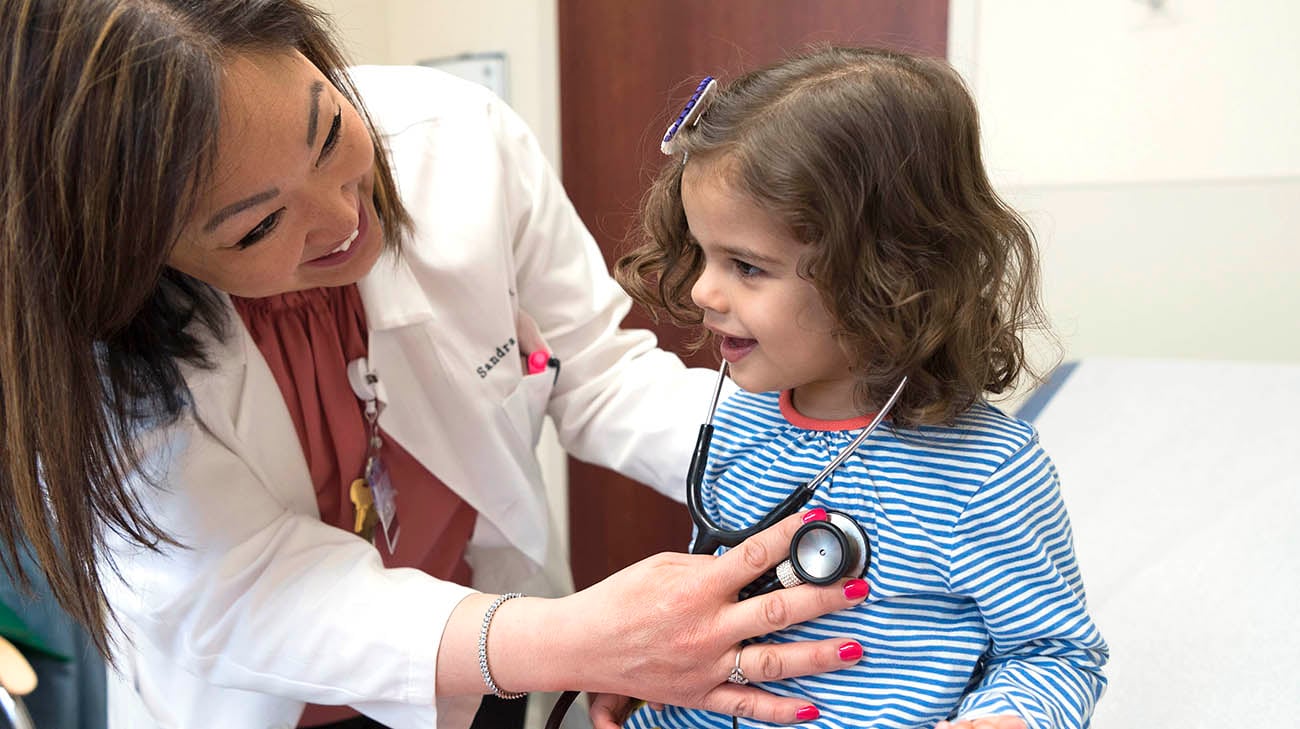 Harper has been seeing Dr. Hong to help treat her food allergies since she was an infant. (Courtesy: Cleveland Clinic)

Results from LEAP (Learning Early About Peanut) allergy research are changing the conventional protocols regarding food allergy treatment, which centered on avoiding troublesome foods. Now, the conventional wisdom is to employ early introduction of the allergen into the person’s diet as the preferred treatment methodology, a practice that initially seems counterintuitive to many parents, like Katie.

“When you hear that, at first it doesn’t make sense,” says Katie, who also has 8-year-old twins, Ava and Davis, who don’t suffer from food allergies. “Now, Harper can eat as many peanuts as she wants without a reaction,” adds Katie. 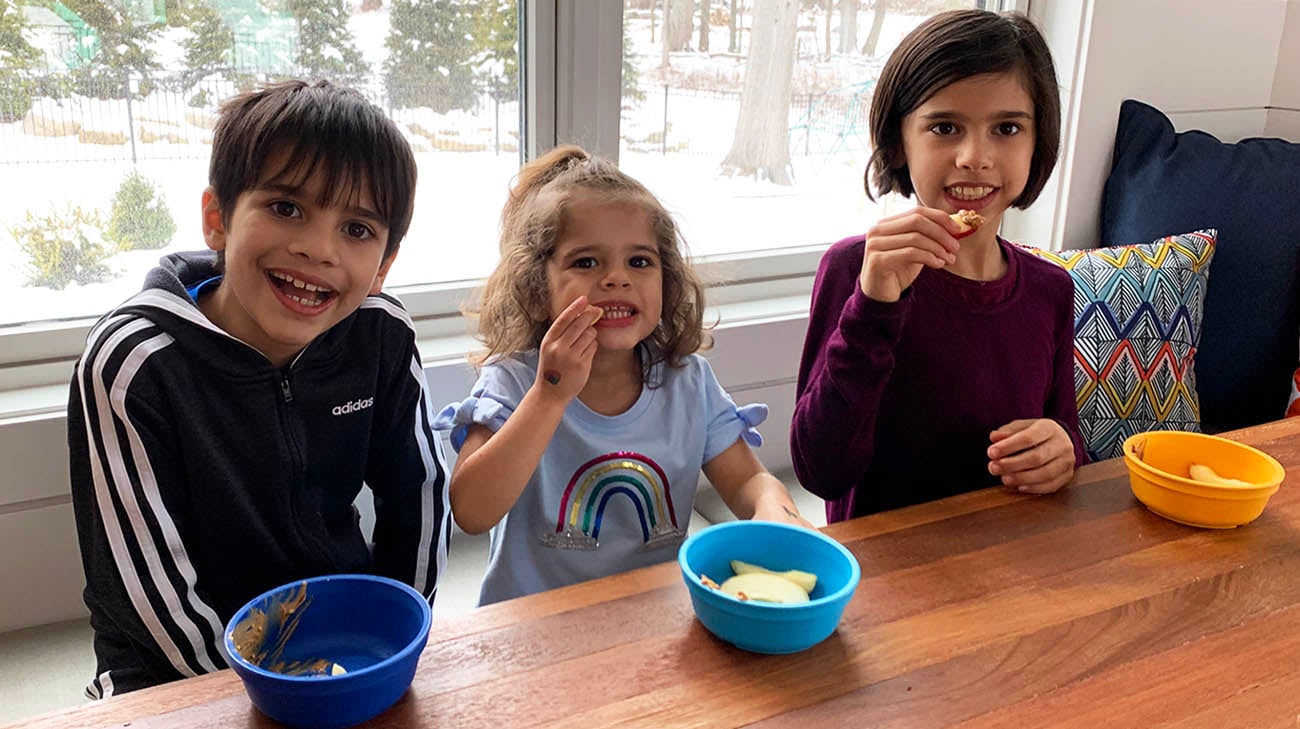 This form of treatment, called oral immunotherapy (OIT), is transforming how allergists suggest patients handle food allergies. It’s a primary component of the treatments practiced at FACE. The center includes a nutritionist and psychologist, the latter to address the often heightened anxiety of patients dealing with these allergens.

“Many children with food allergies are bullied. They have to endure eating lunch alone at the ‘peanut table’ or don’t go to parties and other events in order to avoid getting an allergic reaction,” explains Dr. Hong. 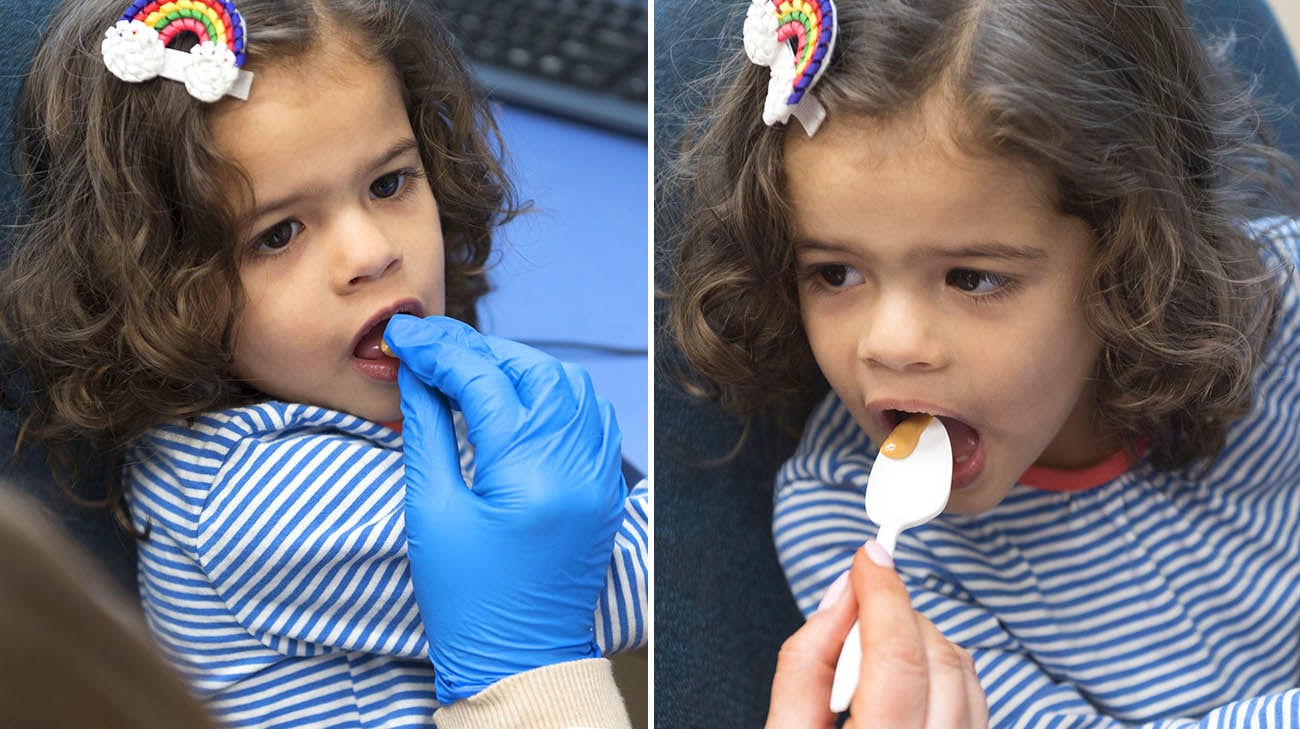 Harper trying different portions of cashews during one of her OIT sessions at FACE. (Courtesy: Cleveland Clinic)

Patients, and their parents or other caregivers, must be mindful the body is constantly changing with respect to food allergies. Harper, who had not previously tested positive for tree nut allergies, suffered a severe reaction when she was 2 years old after taking a bite of an energy bar that contained cashews. Almost instantly, her face swelled and she had difficulty breathing, until a family friend administered a dose of auto-injectable epinephrine.

“We learned the hard way that you can develop a food allergy at any time in your life,” states Katie, who alongside Dr. Hong’s guidance, is slowly introducing tree nuts, including pistachios and pecans, into Harper’s diet. Cashews will eventually be added as well. 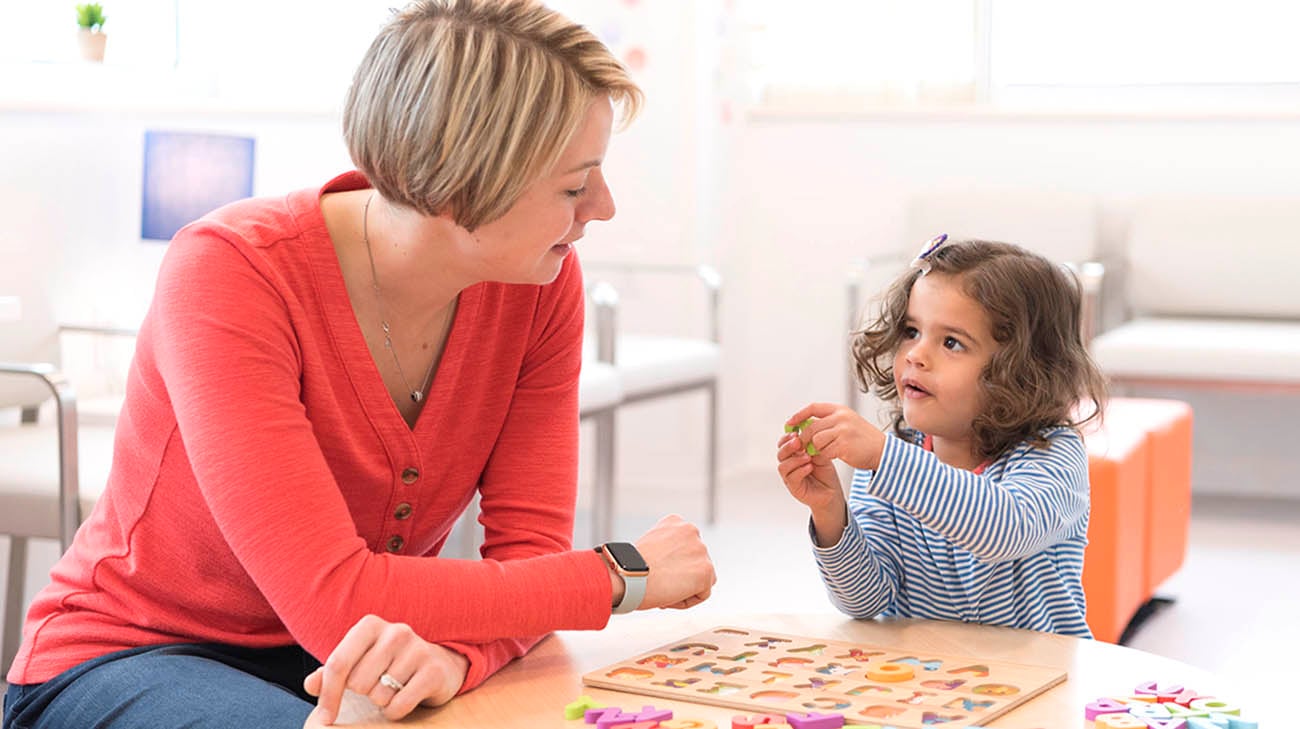 Harper waiting with her mom, Katie, at the FACE, to see if she'll have an allergic reaction to cashews she received during her OIT appointment. (Courtesy:Cleveland Clinic)

Katie encourages parents helping infants deal with food allergies to be diligent advocates for their children. “Get up to speed on all the research and follow-up with an allergist to see what treatment might be best for your child," she says. "You do not want him or her to avoid these foods and then always be susceptible to a life-threatening reaction."