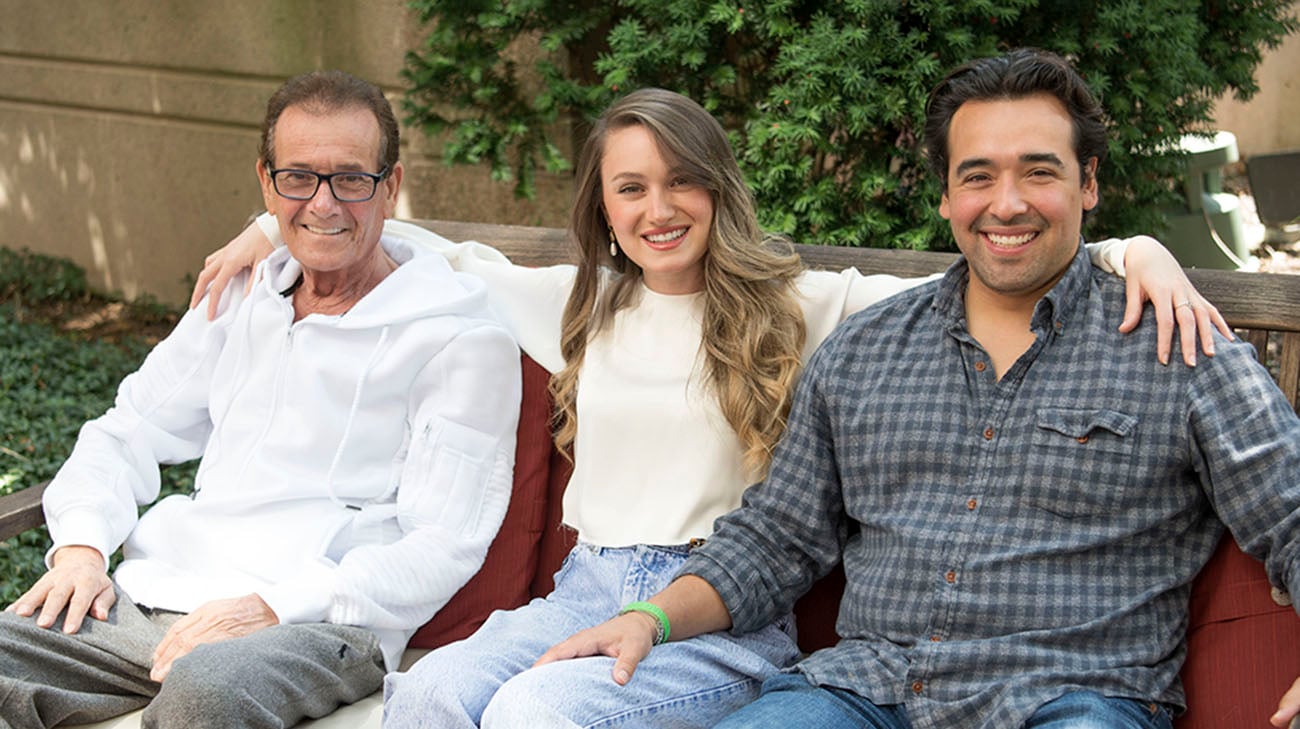 Only two days after having a portion of his liver removed, Nikko Velazquez was up on his feet and walking.

A few days later, the 29-year-old Florida resident was discharged from the hospital. Within two weeks, he felt almost back to normal.

“Other than four small scars from the incisions, it feels like I didn’t even have surgery,” notes Nikko, who on August 19, donated a portion of his liver to his girlfriend’s father, 66-year-old Abraham Aviv, a fellow Floridian suffering from a life-threatening liver disease.

Surgeons remove a portion of the liver through an incision below the belly button. (Courtesy: Cleveland Clinic)

Since joining Cleveland Clinic from his native Korea in 2018, Dr. Kwon has single-handedly doubled the hospital’s number of liver resections using laparoscopic surgery, by operating on more complex procedures that would have originally been open surgeries. Patients undergoing the traditional, open surgery have a three-to-four times larger incision. One out of two patients who undergo a liver resection at Cleveland Clinic are now able to have the laparoscopic approach –this is about five times the national average.

“When you do full lap, everything is easier on the donor – the scars are much smaller, recovery is much faster and other postsurgical long-term consequences are better,” Dr. Kwon explains. “While we don’t yet have data to prove it, it is logical to think that full lap is having an influence on getting more people to volunteer to be living liver donors.”

Abraham, who was suffering severe complications from cryptogenic cirrhosis, did not expect to find a liver from a living donor. Complicating matters was the fact none of Abraham’s children or other relatives who underwent tests were found to be a match. There are approximately 14,000 people on the waiting list for liver transplants. Statistics from the United Network for Organ Sharing show approximately 3,000 people die annually or become too sick while waiting, to receive a liver.

Selflessly, Nikko, the boyfriend of Abraham’s daughter, Shiri Aviv, stepped forward upon learning he and Abraham had the same blood type.

At first, Abraham was hesitant to accept Nikko’s offer. However, Nikko was insistent, and underwent comprehensive testing at Cleveland Clinic to see if they were a match. They matched perfectly, and Nikko convinced Abraham to proceed. 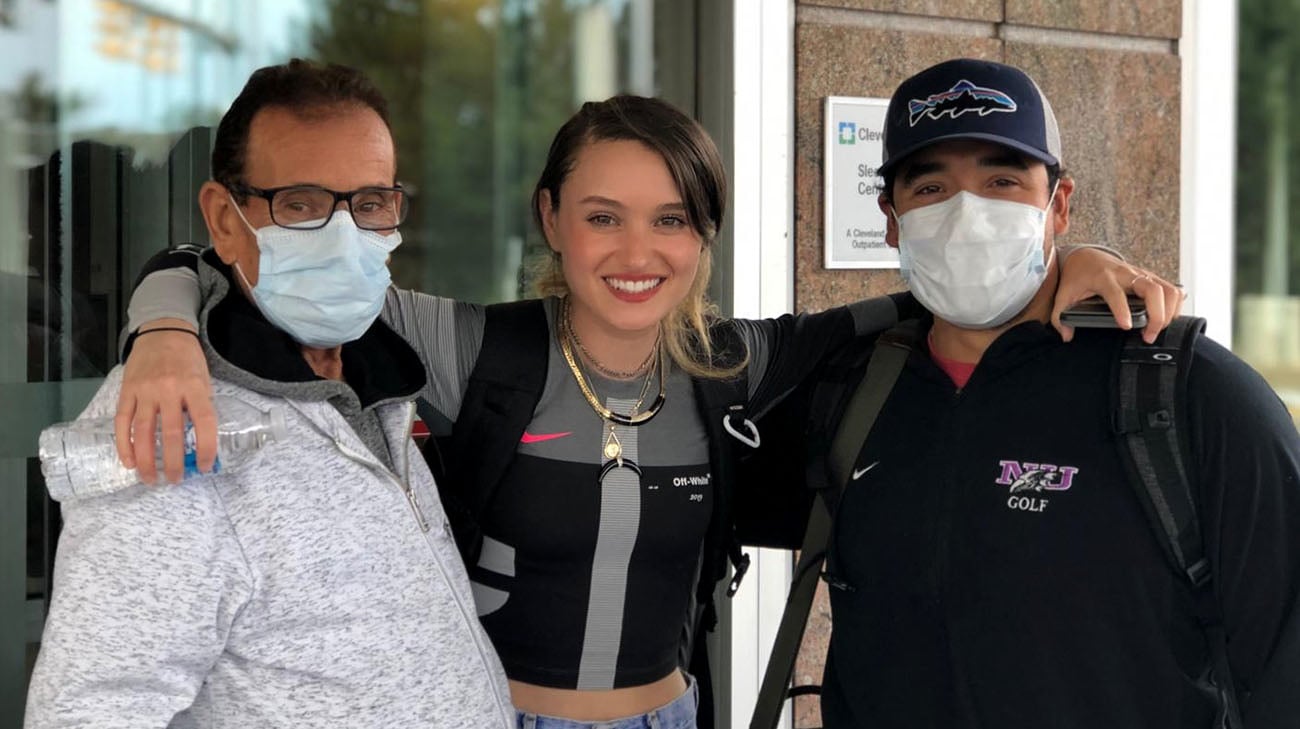 Abraham, with his daughter, Shiri, and her boyfriend, Nikko, before their liver transplant surgeries. (Courtesy: Shiri Aviv)

Nikko explains he was inspired by his mother, just a teenager when he was born, who instilled in her children they should help others whenever possible. “I told her I was thinking about donating, and she said ‘Yes. Do it.’ She even offered to get tested, too. When I found out we were a match, it was a no-brainer to go ahead and donate.”

Dr. Kwon collaborated with Koji Hashimoto, MD, PhD, director of the Living Donor Liver Transplantation Program at Cleveland Clinic on a comprehensive living donor evaluation to ensure the best outcome for both patients. On the day of the surgery, Dr. Kwon and his surgical team, removed a portion of Nikko’s liver (the donor’s remaining liver typically regenerates to replace the removed section within 6 to 8 weeks). He coordinated that surgery with. Dr. Hashimoto and his team, who transplanted the healthy lobe into Abraham.

“It was the longest day of my life, waiting for Nikko and my dad to come out of surgery. But after I finally got to see them, and they were both in the ICU, it was a huge relief. They were both in recovery, and it was amazing.” says Shiri. 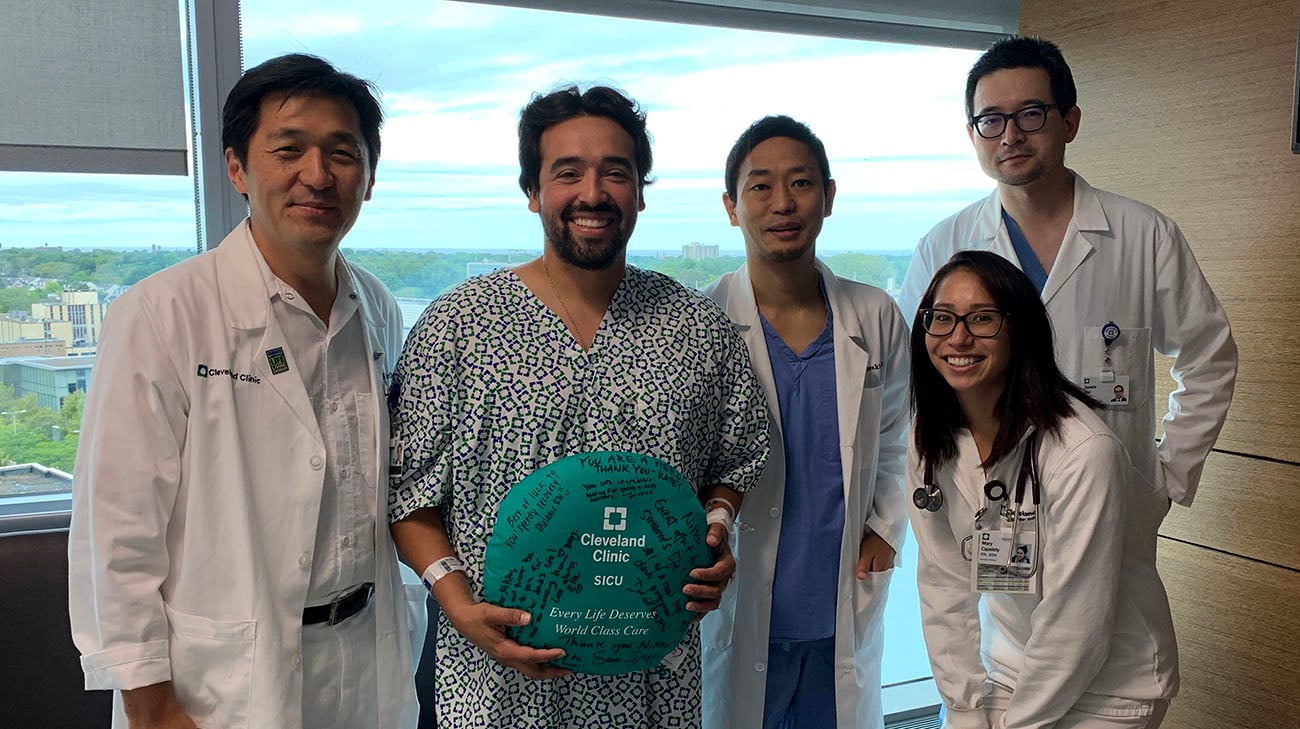 “A living donor’s liver is always of better quality. With a deceased donor, the liver will always have a longer period of ischemia (time without blood supply to the organ),” he says. “Because the waiting time for a transplant is much shorter for a living donor liver transplant, you can receive the liver before you become too ill.” 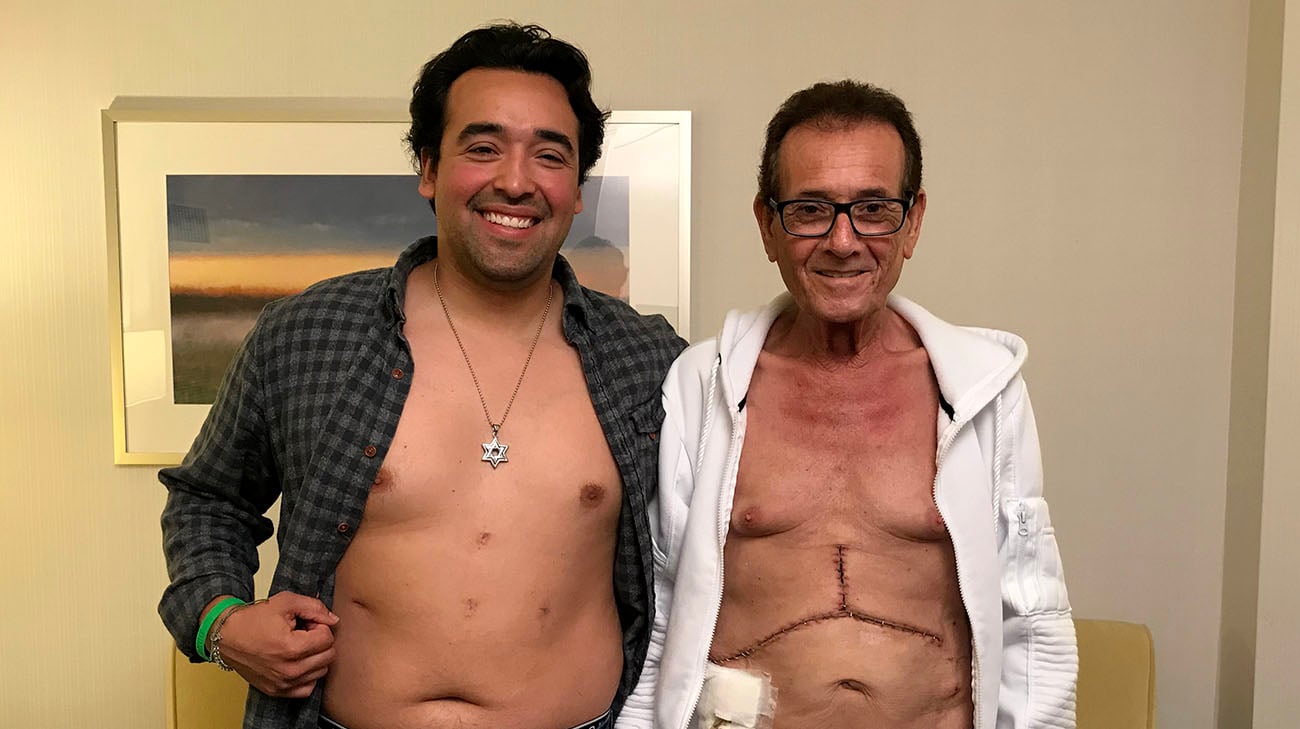 With the laparoscopic donor transplant surgery, Nikko has four small incisions on his abdomen and one longer incision below his belly button. (Courtesy: Cleveland Clinic)

The hope is that more individuals will choose to participate in living donor liver transplantation if the purely laparoscopic procedure is available. Since using the technique on Nikko, Dr. Kwon has successfully performed the surgery on four additional living liver donors.

Abraham – who, since the transplant, is once again able to exercise and eat a normal diet --hopes more donors will come forward. “People like Nikko aren’t just liver donors. I would say they're life donors, really. I hope there will be more donors to save more lives.”