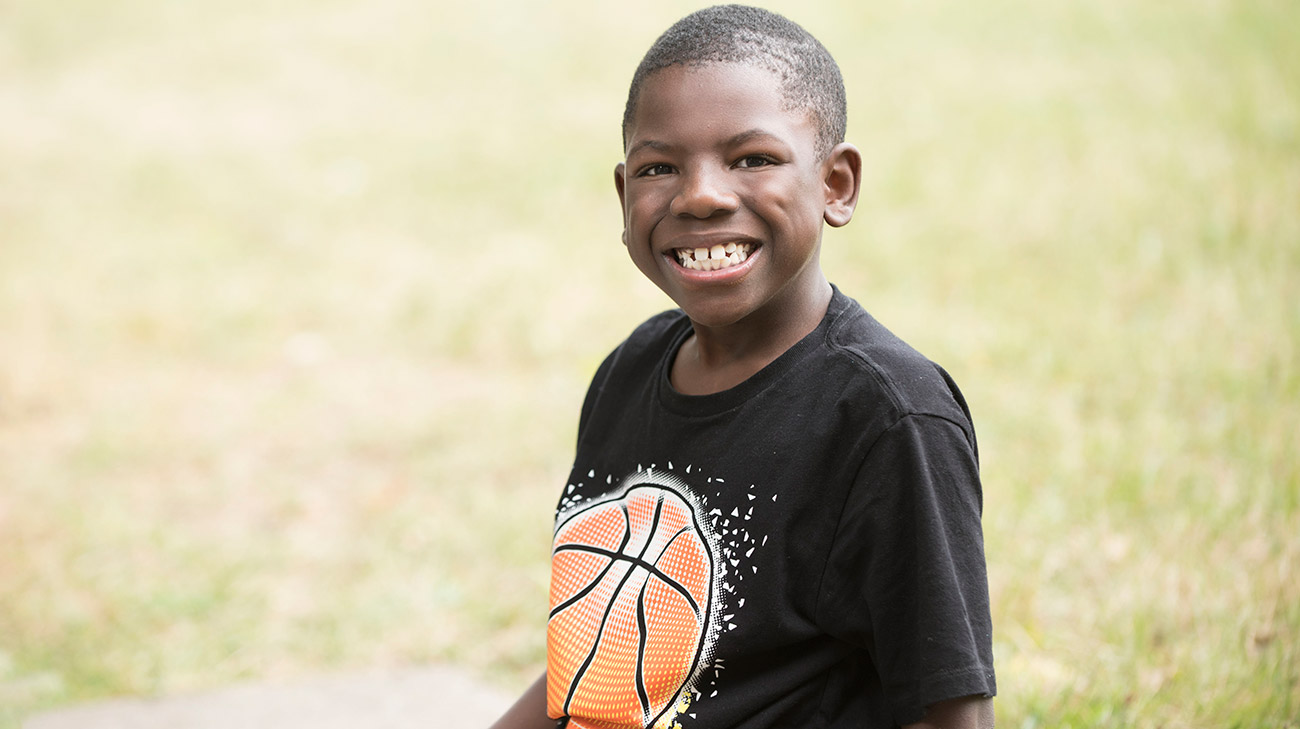 Nicole Billups was living in North Carolina when she found out she was pregnant again. Her first son, Tanner, was just six months old at the time.

“I was overwhelmed. Tanner’s dad and I were having relationship issues, and I had no intention of having another baby with my first child still so young,” says Nicole. “After much thought and prayer, I continued with the pregnancy.”

About 18 weeks into the pregnancy, an ultrasound showed Nicole was expecting another baby boy. The ultrasound also showed that there was something wrong with the baby.

According to Nicole, the specialist told her there was a build-up of fluid in the baby’s belly, and it was unlikely he’d survive until birth. But Nicole had already made her decision to go forward with the pregnancy and found strength in her faith.

That decision led to weekly ultrasounds just to make sure the baby was still alive. As the pregnancy progressed, a plan was put in place for the birth. “I wanted them to do everything they could to save my baby,” says Nicole.

On November 10, 2010, Justin Love was born five weeks early, by Cesarean section. Nicole heard her newborn son cry before being whisked off to the neonatal intensive care unit.

Justin had a hole in his belly. According to Nicole, that hole saved his life by allowing urine that had accumulated in his belly to drain out. His belly was swollen and saggy, similar to that of a woman after giving birth.

“She didn’t sugar coat things and talked to me in a way I could understand. If I had questions, she took time to answer them. Besides that, Dr. Rhee is such a caring person, beyond being a doctor. I feel she cares for Justin as more than just a patient.”

Justin was born with Eagle Barrett Syndrome or Prune Belly Syndrome (PBS), a rare condition that results from a lack of or severe weakness of the muscles of the stomach. As a result, the stomach is wrinkled like a prune.

When Justin was 18 months old, Nicole moved back home to Cleveland to be closer to family, and to the quality medical care she knew was available at Cleveland Clinic.

“Justin had a couple of minor surgeries on his kidneys in North Carolina, but needed ongoing care,” says Nicole. “I called Cleveland Clinic to ask if they had anyone with expertise in PBS and was referred to Dr. Rhee.”

Audrey Rhee, MD is the director of the Center for Pediatric Urology at Cleveland Clinic Children’s. “Despite the surgeries he’d had, Justin still had reflux or the backup of urine into his kidneys. His testicles had not dropped. And he still had a weak abdominal wall that needed to be reconstructed,” says Dr. Rhee.

An initial surgery was done to address the problem with Justin’s testicles. Multiple infections due to urine retention in his bladder, sub-optimal kidney function numbers and the need for Justin to grow a bit meant waiting for the major surgery.

At age three, Justin had a 13-hour surgery to straighten his ureter, reduce the size of his bladder, and reconstruct his abdominal wall to double the amount of stomach muscle. Dr. Rhee also gave him a catheterizable channel through which urine could pass from his belly to his bladder instead of draining through his penis. Prior to surgery, Justin could not empty his bladder completely, which led to urine accumulation, infections and more damage to his kidneys. Justin (left) enjoys spending time with his mom, Nicole, and his brother, Tanner.

Nicole is grateful that Dr. Rhee was upfront with her about Justin’s condition. “She didn’t sugar coat things and talked to me in a way I could understand. If I had questions, she took time to answer them,” says Nicole. “Besides that, Dr. Rhee is such a caring person, beyond being a doctor. I feel she cares for Justin as more than just a patient.”

Since that surgery, Justin is thriving. He’s growing and has not had an infection in more than two years. He now sees Dr. Rhee once a year, right after his appointment with Cleveland Clinic pediatric nephrologist Charles Kwon, MD, who manages his condition medically.

“We were able to provide Justin and his family with a collaborative multi-disciplinary team-based approach from the start, and Dr. Rhee’s careful surgical planning and intervention were able to preserve his kidney function,” says Dr. Kwon. “Justin is a wonderful example of how early diagnosis and intervention can produce a positive outcome. In addition, he and his mother have really embraced his chronic care needs which has also contributed to how well he is doing now.”

As for the future, Justin may require dialysis, or even a kidney transplant. And every day, Nicole finds her strength, saying “Not everyone has the same faith, but we have to believe in something, especially when it comes to things beyond our control. I left Justin’s fate in God’s hands, and today, you’d never know anything is wrong with him unless you look under his shirt. Faith can do a lot of things.”